Football may be on hold but there is a brand new adventure about to start at Oxford United for a group of very talented young footballers.

The Oxford United Academy goes from strength to strength and over the years has produced countless players who have gone on to play for the first team and on to Premier League and international appearances.

“We are excited with this new crop of young men who will join us on a full time basis ahead of the new season.

“Numerous people across the programme have worked hard over the last few years to help us secure the best local talent in the region and combine it with some "high ceiling players" from further afield - this new group is a great example of that.

“Our existing scholars are still working incredibly hard during this lockdown process but it is also a mark of the commitment of the club to the Academy programme that we have been able to still move forward signing this next group ahead of next season....we wish all of them well and look forward to seeing them develop over the years ahead."

We asked both of them to write their own introductions… 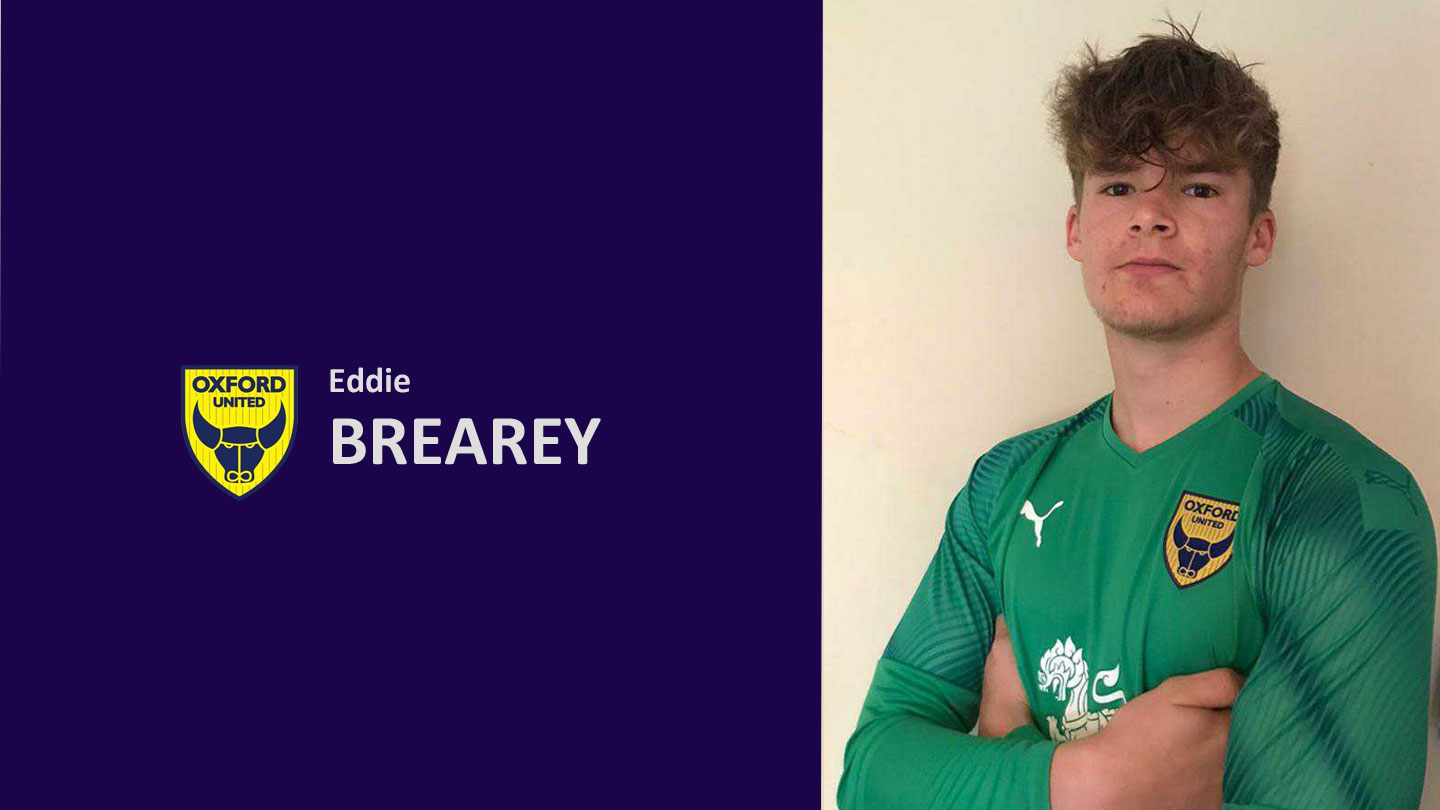 6'1" Goalkeeper who has been with the club since the age of 9.

Has already featured in the U18s side this season and has trained regularly with First Team GK Coach Wayne Brown.

“I started playing football at five when I joined my village team, Hook Norton FC with all my school mates. At the first session we all had a turn in goal and I enjoyed it, so I stayed there. One of my first memories of football was when I got a ball in the face and caught my tooth, but not the ball!

I was with them from April – October. In October half term, I played my first match for the EDC at a tournament in the B team. It was here that the coaches from the Academy watched me play and invited me for a 6 week trial.  I was still playing football for Hooky, and rugby for Chipping Norton (along with karate, cricket and tennis). Mark Taylor was my goalkeeper coach at the time, and still is. He came to see me play for Hooky and was impressed that I got a ball in the face, but carried on playing.

After four weeks on trial, I was offered a contract in the U10s and have been with the club ever since. My debut match for the academy was away at Exeter where I saved a penalty. I was 9.

Some of my favourite memories have been playing Chelsea away for the age group above and winning 3-2 for the U15s, when I was 13.  And also when I saved two penalties against Bournemouth to keep it at 1-1, at the end of 2019.

I first learned about the Scholar programme at U12 and set my sights on that.

During lockdown I’ve been going for daily runs and to the gym (in our garage), and kicking a ball about in the garden. I’ve stayed motivated by having a fitness competition with my dad. I’m winning.

Dynamic Centre Forward with an eye for goal, Smith made his mark this season the U18s successful Youth Cup campaign scoring the winner away at Colchester whilst still a schoolboy. Previously at Chelsea and QPR, Adam joined the club as a 14 year old and is based in Oxfordshire.

At the start of my footballing journey i started off at my local football club at age 6. Within my first season I got scouted by Chelsea Academy, where I played until I was eight and I had some good memories including meeting the first team. Then I went on to play for QPR for four years as a striker.  I had great opportunities to play against  big clubs such as Chelsea, Liverpool and Arsenal.

Following my time at QPR I didn’t get offered a new contract which made me feel very disappointed with myself as I knew I could have done better. This resulted in me not playing for four months until one of my close friends encouraged me to go with him to one of his training sessions with Sandgate FC. The coach there praised me on my skills and potential,  inviting me to play with the club for the rest of the season.

After a positive season my family and I moved to Oxfordshire where my mum helped me join a local club (Thame Boys). It was while I was playing for Thame that I was approached by a parent of one of the opposition teams to see if I was interested in playing for Bucks RTC, where they played against Academies so during this period I played for both clubs, before deciding to leave Thame Boys at the end of the season.

That was when I discovered that Oxford United were interested in me. It was exciting, putting me back on track on a potential footballing career that I’ve always wanted.

During my trial I played against my former club QPR, winning 3-1 win and I managed to get myself on the score shee, which was a special moment for me, boosting my confidence and setting me up strong for the rest of my trial.

Whilst feeling positive and motivated I was offered a contract at Oxford United. As an under 16 I was privileged enough to be asked to play for the u18s and that gave me the fire in my belly to play at the level I was capable of.

When playing in a fixture against Portsmouth I came on as a sub in the 30th minute scoring with my first touch and then scoring again later on to win the match which gave me an ultimate buzz. Two days later I was the first u16 to be offered a scholarship with the club. This was the moment I had been working towards, making it a proud moment for me and my family who had supported me from the start.

Since signing my scholarship  I have had some memorable moments such as scoring the winner in the FA Youth Cup first and second rounds as well as being my first time playing in a stadium which was immense. I am now looking forward to my future with the club.