A Tariqe Fosu hat trick helped Oxford United to a record 6-0 win at Lincoln City this afternoon. Fosu's goals plus great finishes from Jamie Mackie, James Henry and Matty Taylor gave United their first away win of the season as well as their best ever away win in the Football League.

United couldn’t have wished for a better start when Fosu put them ahead inside five minutes. A ball into Mackie, preferred up front to Taylor, was returned to the former Charlton wing man who shifted it out of his feet and then got just enough power on his shot to beat keeper Josh Vickers and give his side the lead. 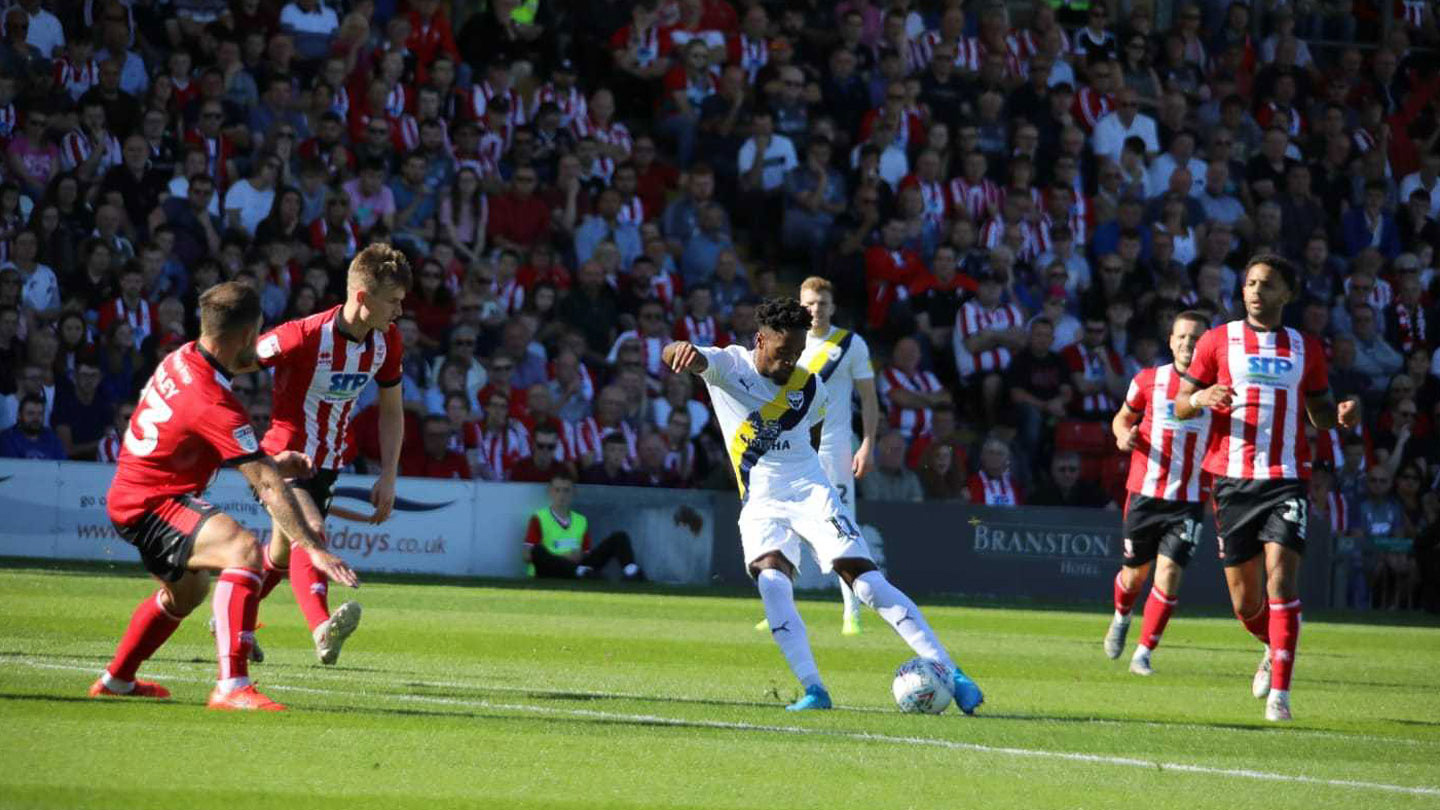 The Imps, with new boss Michael Appleton watching from the stand, responded well and pushed United back but, other than a low cross which evaded everyone, there wasn’t anything to truly worry Simon Eastwood in the first 25 minutes, while at the other end of the pitch Brannagan and Henry both had efforts from around the edge of the box before Ben Woodburn ended a flowing passing move with a well-struck effort that flashed inches wide.

Alex Gorrin was proving an excellent shield in front of the impassable Dickie and Mousinho, earning their third clean sheet in a row, but the whole team were prepared to dig in and defend when required with a terrific work rate, despite the unseasonal sunshine.

They were full value for their lead and on 40 they were 2-0 up when Woodburn bent a perfectly weighted pass round the left back and in behind the dawdling home defence. Fosu flew clear, went round Vickers and rolled it into the empty net for a two-goal advantage at the break, Eastwood assisting with a good save from Anderson just before the interval.

United then killed the game off with two goals inside the first nine minutes of the second half. The first came when Brannagan, bossing the midfield, rolled Mackie into a race down the left. He won that race then cut inside before clipping it perfectly over the stranded Vickers to make it 3-3.

On 54 it was 4-0 and game over. Woodburn almost scored with a volley which flew high into the air via a block from a defender but as it dropped Henry was perfectly placed to make a difficult finish look simple, thumping his volley home to spark scenes of huge delight among the travelling Yellow Army behind that goal.

United were tremendous, zipping the ball around and looking dangerous every time they got near the Lincoln box. With 20 minutes to go Gorrin once again won the ball and Fosu was never ever going to pass it as he ran at a defender, left him on his backside and then let fly from 30 yards with the ball looping over the despairing Vickers to make it five.

Vickers had no chance with any of the goals and was beaten for a sixth and final time when Anthony Forde fizzed in a cross and Taylor, unmarked six yards out, bent to head past the keeper for his first Oxford United goal to cap a perfect away day.

Lincoln fans: the Appleton era in Oxford started with a home defeat and it turned out pretty well in the end. But today was all about the new version of Oxford United.

Seven points in a week, four of them on the road, three clean sheets, nine goals, and a first away win of the season. What's not to like?

See you against West Ham on Wednesday.