TEAM NEWS
United have been in great form with a record away win at Lincoln last time they hit the road plus five clean sheets in a row meaning that Karl Robinson is unlikely to make too many changes.

His biggest choice seems to be whether Jamie Mackie or Matty Taylor leads the line - the strikers have been rotating that position in recent weeks.

Jamie Hanson is still a couple of months from a return while George Thorne's dislocated shoulder will take until after Christmas before he plays again.

See Karl previewing the game in iFollow right now where we have all kinds of madness in the Preview Show including an educational reveleation from Josh Ruffels and Matty Taylor...

“They have been doing well, Karl rode through a storm last season and has come out the other side and done remarkably well,” he told the official Accrington website.

“I get on with him really well and have spent a lot of time with him, he knows football and how difficult it is so I am pleased for him. The last few times we have played Oxford, they have not been in the best of form but they will go into Saturday’s game bullish.

“They also had an unbelievable win against West Ham and it’s a chance to go quite far in the League Cup which is a feather in their cap. Karl will believe they will win, we believe we will win so it lends itself for an entertaining game. Everyone who comes to watch should be in for a treat as it’s two teams who play expansive football on our bowling green of a pitch. There are no excuses for anyone.

"Karl is quite good during the match, I have mellowed but we will want to beat each other. We will have a coffee before the game and probably a glass of wine after." 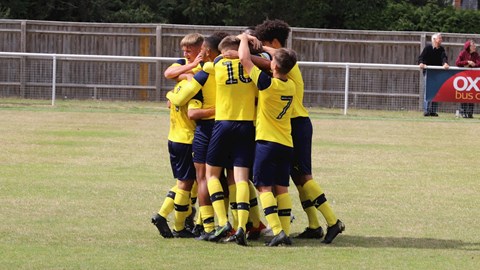 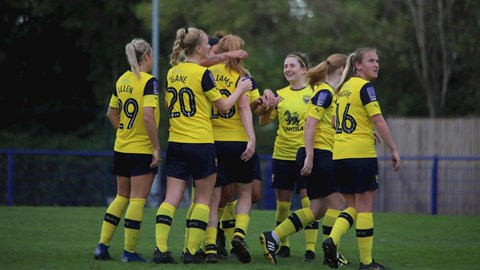 TICKETS
This game is not all ticket and supporters can buy on the day.

Oxford United have been allocated seats on one side of the ground and terrace places behind the goal - uncovered.

Ambulant & Wheelchair prices as above with PA Free, please note Ambulant and wheelchair will need documentation on entry into the the ground.

Under 14s must be accompanied by an adult on the coaches and no alcohol is permitted.