Today’s news that Oxford United are to take over the lease of the training ground ends a search for a permanent home that has been going on for longer than the 23 years in the new agreement.
I started working at the club in the month before we left the Manor Ground and in those days it was a case of First Team Coach Mike Ford calling round the local colleges to see where we could train that day. The rest of the club moved to the Kassam in the summer of 2001 but I was left to man the phones while the first team squad used the old ground as a starting point for a nomadic search for training each day. Oxford is blessed with fantastic university sports facilities but it was tough going sometimes trying to find a base; I remember runs up Shotover Hill and one pre-season where the park on Headington HIll was used.
Progress was made when we moved to Milton United in 2007, 15 minutes down the A34 and somewhere we could get into a routine. Proper catering was introduced for the first time and the luxury of having more than one pitch to use was great. It was a fair distance though, and my main role was to turn up for Jim Smith, the Manager, to tell me which of the local media he wouldn’t be speaking to that week.
Next stop was Bicester Sports Association, in Chesterton, which was a red brick building rather than a pavilion and had more space, more pitches and more chances for the strikers to punt the ball over the mesh fence onto the M40: we were still in the Conference after all. I found it interesting that the players we used to attract at Milton were often from Southampton and Portsmouth, but when we moved we started signing more players who were based in Coventry and Birmingham.
But we really needed to be in Oxford itself and in 2011 the training facilities switched to Roman Way, just off the ring road in the old Rover Sports Social Club. The building was formerly used as a social club by the workers at the car factory and so we inherited not just the football pitches but also a snooker room, two dance halls and a couple of mirror balls: bumbling video analyst Dan Bond won the Oxford version of Strictly because of this.
But it also offered changing rooms and some office space for the management, while portakabins went in and became a permanent home for the Academy. The benefits of the youngsters training next to the first team are obvious but three years ago it all became more cramped because Mini had been such a success that the social club needed to be replaced by extra parking and the first team had to move in with the Academy.
The pitches were still great and extra buildings were added but it was cramped; go back in iFollow and count the number of interviews ruined by lorries thundering past the camera because we had to do press conferences in the car park each week.
To be truthful, it was a happy place to be and brought the whole club closer together but the clock was ticking and the search was on for a new permanent base. There were recommendations both in the city and around it and eventually plans were made to move around 400 yards down Horspath Road and start a new training ground from scratch. The City Council and Fusion Leisure would own it and we would be part of it, and Richard Blackmore was tasked with getting it up and running. Richard and the team of builders were magnificent; I visited a few times and could see progress each time, but they had about three months to build something that should take two years and in the end we probably moved in before it was ready. 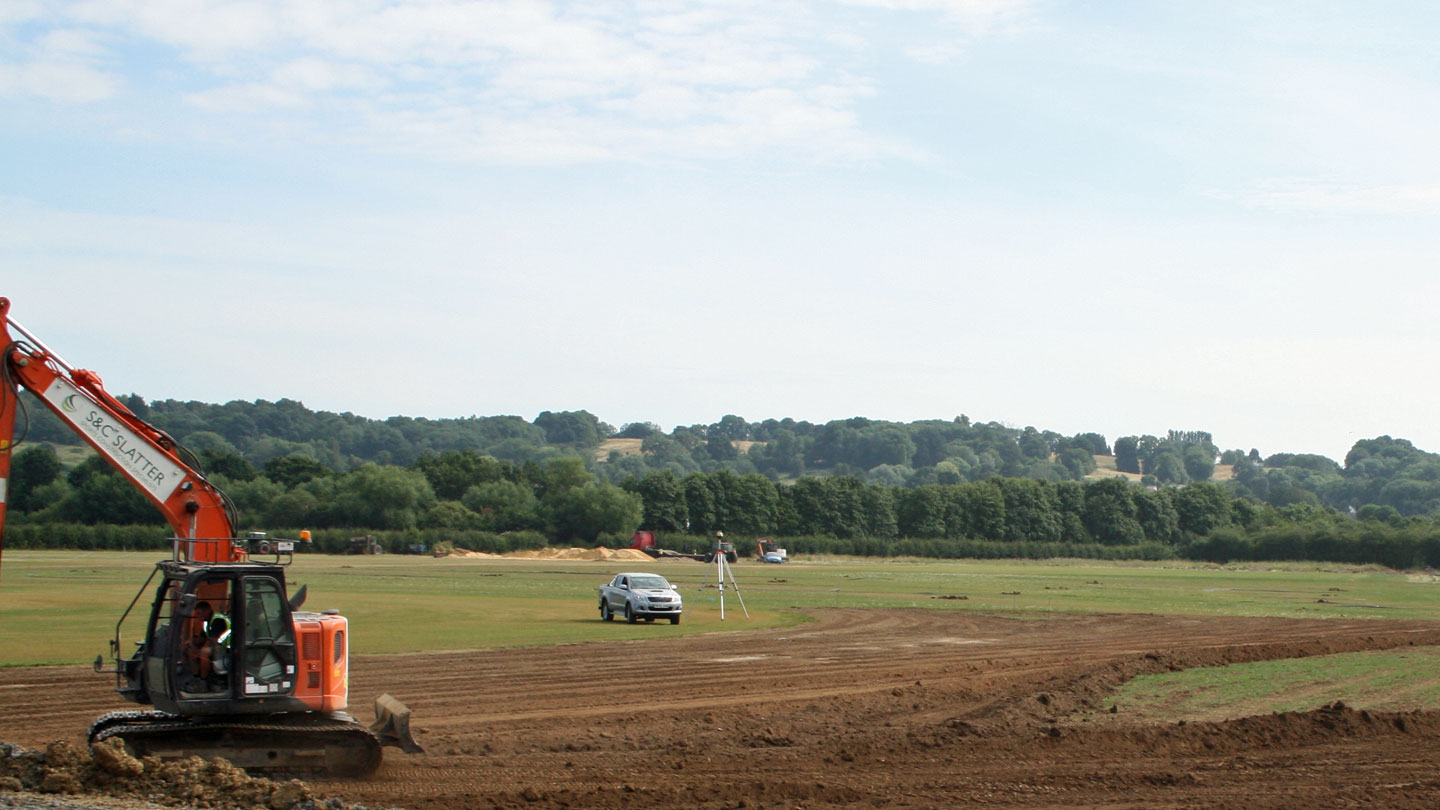 Again, it has brought people closer: literally, last winter when we huddled round fan heaters looking hopefully out of the windows for radiators to arrive. Work has gone on around us and month by month everything has headed in the right direction. Pictures have gone up, equipment has been upgraded, we are still hopeful of some radiators…
It is a permanent home for the first team, the support staff, the Academy and the media team. I LOVE going in to work every day. There is usually something silly going on somewhere in the building; the table tennis table is in constant use and one day Malachi Napa will be able to take a point off someone, I’m sure.
It’s a slightly odd place at times. Chris Short often puts the day’s schedule up in German just to test everyone, and has been known to dish out water pistols for the warm up just to break things up and make a change. 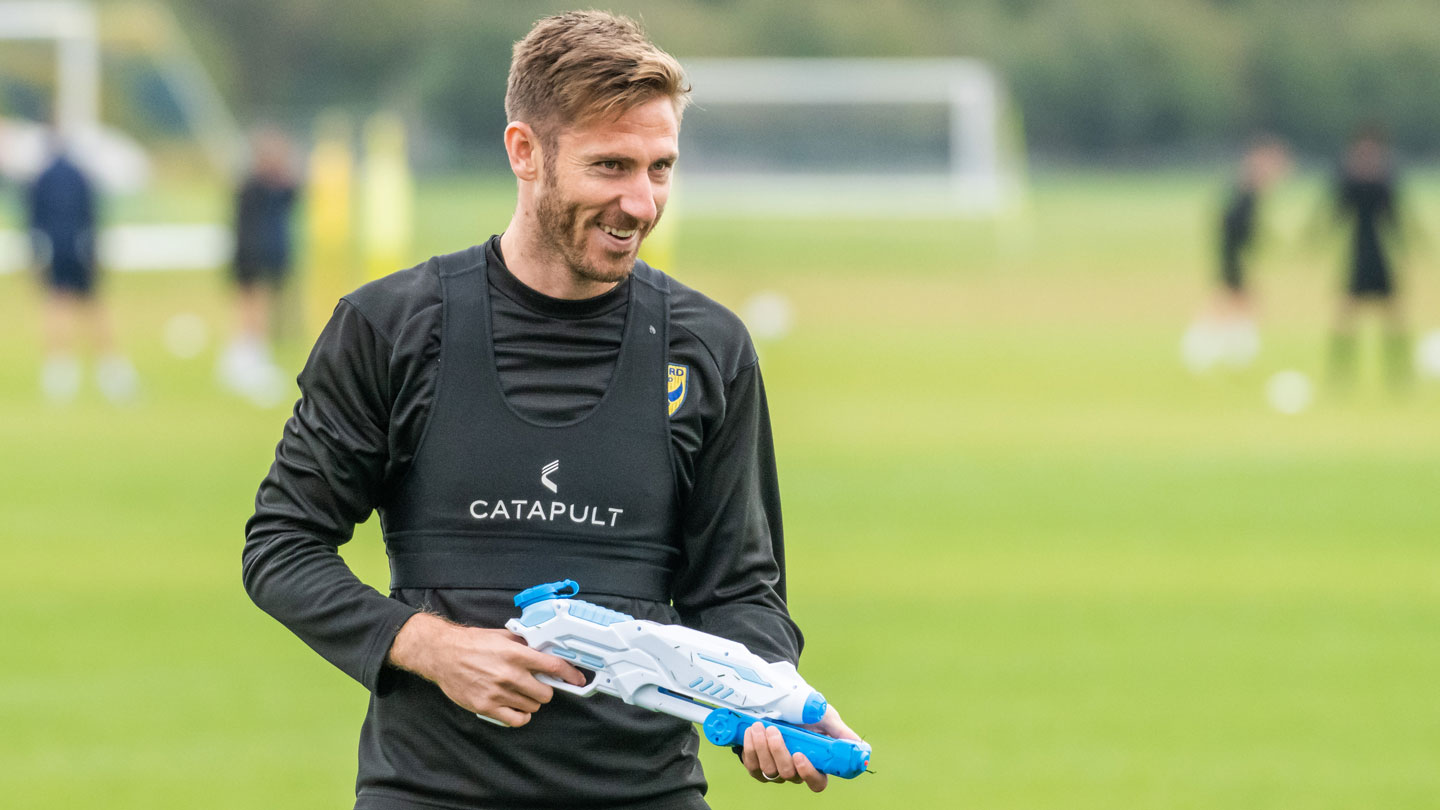 It works; last week’s race between Dwayne and Nathan, for example, probably meant little to the bemused fans but had the entire building choosing which side of the 45 metre track to stand to support their man. And it came minutes after we ALL went out for two minute's silence at 11am on Remebrance Day.
Fans heard about Nico Jones having to give Derek Fazackerley trivia every day this week, but there are so many little things that happen every single day, all designed to show respect or build team spirit. All players - first team, U23 or U18 - report and shake the hands of the staff at breakfast. Last week we had a work experience lad in and after lunch I picked up his plate and took it up to be washed. “You didn’t need to do that, you’re the boss,” he said. The next day he watched silently while Karl took MY plate to be washed…
Today’s news that the club has taken over the lease is fantastic. At last the club has something of its own. Rightly, Tiger thanked Niall McWilliams in the press release and I want to echo that here: Niall has fought so hard and done so much to make it happen, fuelled only by Maltesers and a wish to do the right thing for the football club. His football club. OUR football club. Credit to him and to the entire Board who just GET it about what needs to happen to move the club forward.
I’m not daft, despite appearances. Most fans won’t care too much about where we train or even how we train. They just want a winning side and right now we have that for them. But imagine a place where our Community team can run courses alongside the Academy teams. A place where the Women train next to the first team and Under 23s, where the Walking Football team, the local youngsters, the fans' teams and the whole of Oxford can be part of their local football club.
Today that all became one step closer.
Pictures by Elliot Jones: Elliott Jones Photography