Oxford United’s under 18s ended the season with a 3-0 win over Swindon Town on Saturday in Merit League 1.

United, knowing that a win at Northcourt Road and defeat for Southend at Portsmouth would give them an outside chance of the league title, played their part to the full despite a red card for Fabio Lopes, with goals from a trialist, Kyran Lofthouse and Owen Jones but a 4-1 win for Southend meant that United finished the season in fourth place.
See coaches Leon Blackmore-Such and Chris Hackett talking about the game and the season over all in a FREEVIEW from iFollow above
United
Harris, Sampford, Trialist, Trialist, Lofthouse, Lopes, Chambers-Parillon, James, Stevens (Crook), Goodrham (Gardner), Trialist (Edwards) 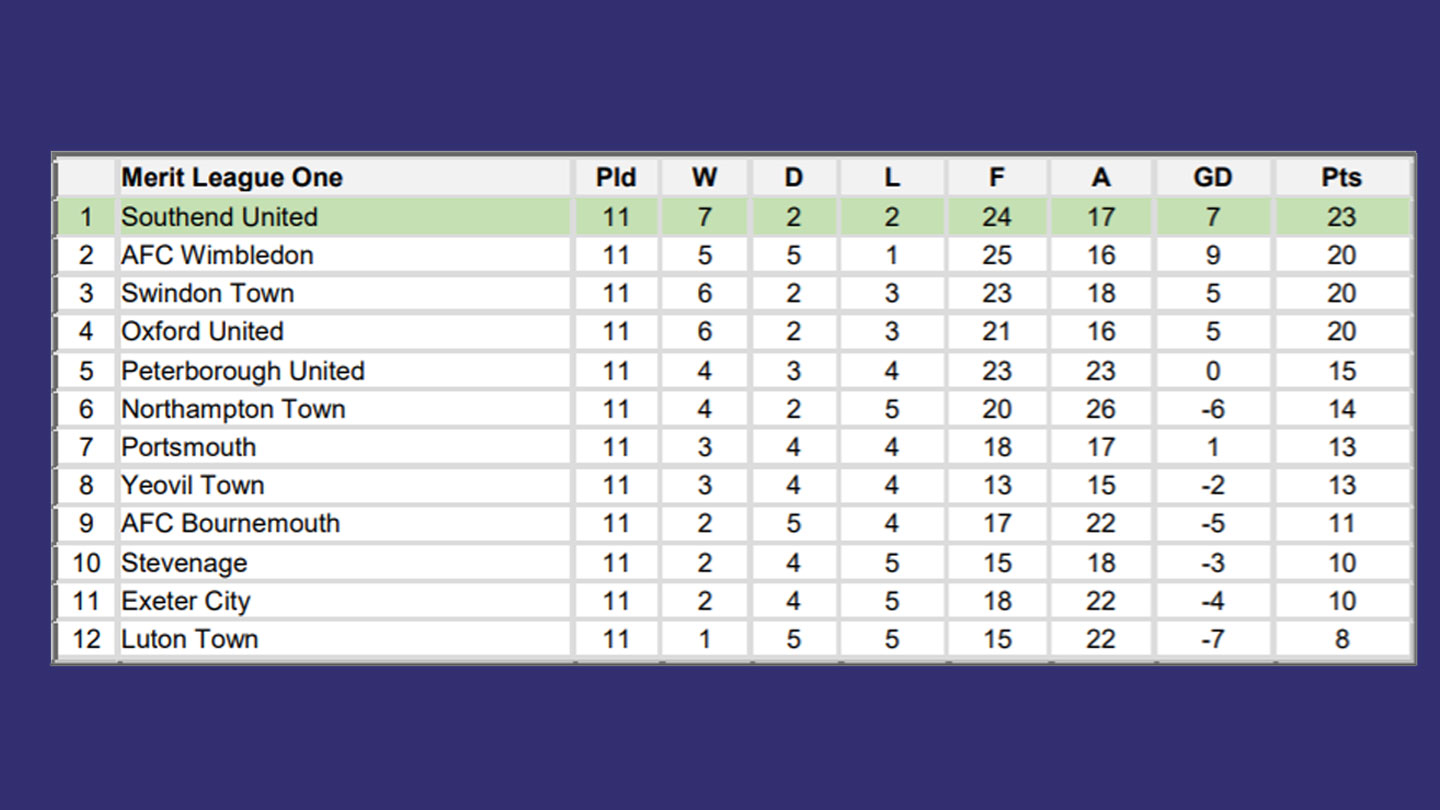