Oxford United look to build on beating Bradford when they travel to Coventry City on Saturday.

TEAM NEWS
The U's are without Gavin Whyte, who is away with Northern Ireland, and Jonte Smith, who is with the Bermuda squad, but have no new injuries after last week's dramatic win over Bradford City.

Whyte's absence means either Luke Garbutt or Marcus Browne are likely to start in his place while Jamie Mackie's winner last weekend may see him given a starting place ahead of Jerome Sinclair.

THE OPPOSITION
Sky Blues boss Mark Robins has guided his side to within one point of the play-offs and knows his side face a United team gathering momentum at the right moment:

“Oxford this weekend will be a threat, as are all the other teams we have left to play" he said "but we have to keep trying to win and look forward to the games we have left. Being back on home soil is good for us and if we can win those games, then it means we possibly only have to win one of the away games.

“Looking at, it five wins and a couple of draws will do us, but there are only 8 games left so there is not much room for error.It is not something we aren’t going to be afraid of though, we are going to go out and enjoy it and see how close we can get and see if we can sneak into that last place.

“Football doesn’t throw up results you expect all the time though, there will be some curve balls and we may win games that we have down as a draw on paper, but fortunately you don’t play the games on paper, we have to go out and perform.

GETTING THERE
Before the game there is a 2 carriage service running once an hour between Coventry station and Coventry arena station (The Ricoh). After the game services leave Coventry arena at 16:28, 17:28, 18:28 and 19:58 all towards coventry.

There is a bus service operated by the Ricoh Arena in to the city centre. There is also a taxi rank located outside the train station at Ricoh Arena. 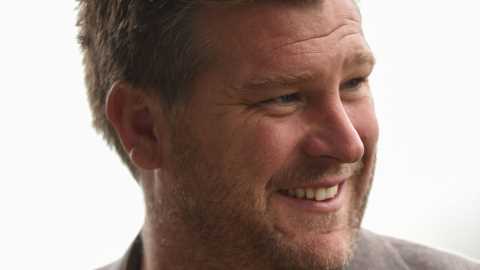 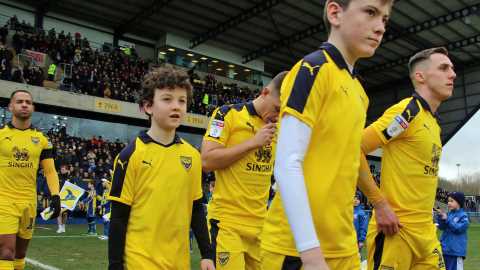 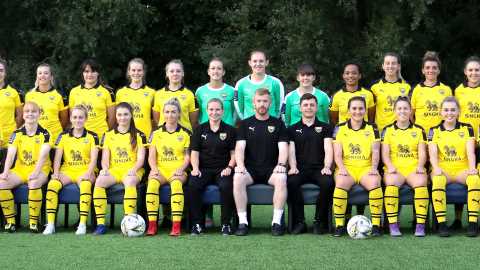 Women At Home On Sunday

THE PLAYLIST
Want to get in the mood for the game? Then search for Oxford United Official on Spotify where we bring you a new playlist for every away journey, plus the dressing room playlist. The Playlist- usually compiled with the help of skipper John Mousinho is available on Saturday morning and is always flexible: let us know on twitter if you have any more to add to help get the Yellow Army in the mood on the motorway...