Day two of our Portuguese adventure is a quieter more reflective affair. Yesterday the players covered miles of parched earth beneath a fierce Algarve sun, today they get some downtime after a well-earned night out.

Maybe I should explain that? It may seem strange to fans that they come to a training camp and aren’t out there 24/7 pushing themselves to the limit. In days gone by maybe that would have been the approach but in 2019 it is more scientific and everything is carefully monitored. Chris Short and Dwaye Peasah are men of Sports Science and each session is mapped out on a laptop so they get live data all the time. Dwayne is in the doghouse today: Mr Fazackerley’s Magnum ice cream has been eaten and he is chief suspect but he grins and carries on and the whole thing will possibly be forgotten by around Christmas time. If he is lucky. Believing a Bob Dylan song was by ‘Billy Elliott’ may not be…

Dwayne’s constant companion is Nathan Buckingham-Smith who is joined as soft tissue repairman by John ’Spike’ Elliott. They are in big demand for massages and rubs as everyone recovers from yesterday. Amy Cranston oversees the whole medical operation with surgical precision. She also has the dubious pleasure of sharing a villa with me for the week. So far our highlight has been scaring the life out of the unfortunate Rob Dickie on the first night. Squinting at our key late at night we mistook our 11 for Rob’s 17. Approaching the door I could hear voices inside so was just putting my ear to the door when he opened it!

This time last year Amy was with us in Ireland and hoping to turn a temporary appointment into permanent one. This year she is flying- a key part of the set up and a much better housemate than the usual muppets I have to deal with- miss you Pritch.

The villas are arranged along a slight hill at Vale Da Lapa and each has a lounge, kitchen and dining room plus two bedrooms, each with its own en suite. It is as nice as any hotel I have stayed in for pre-season and ours has a little extra space: there are only two of us while the players are room sharing with four per villa.

But enough about the players, I was telling you about the staff wasn’t I? Also out here we have Jonny Edmunds, Kit Man and Legend. I asked him last night what the last pre-season tour was for him and he answered ‘HMS Collingwood’ which I think was last century.

Wayne Brown, goalkeeping coach and top man of all top mans, has been keeping Simon Eastwood and Jack Stevens on their toes and completing the staff roster are Dan Bond and Ed Waldron, the video analysis team. 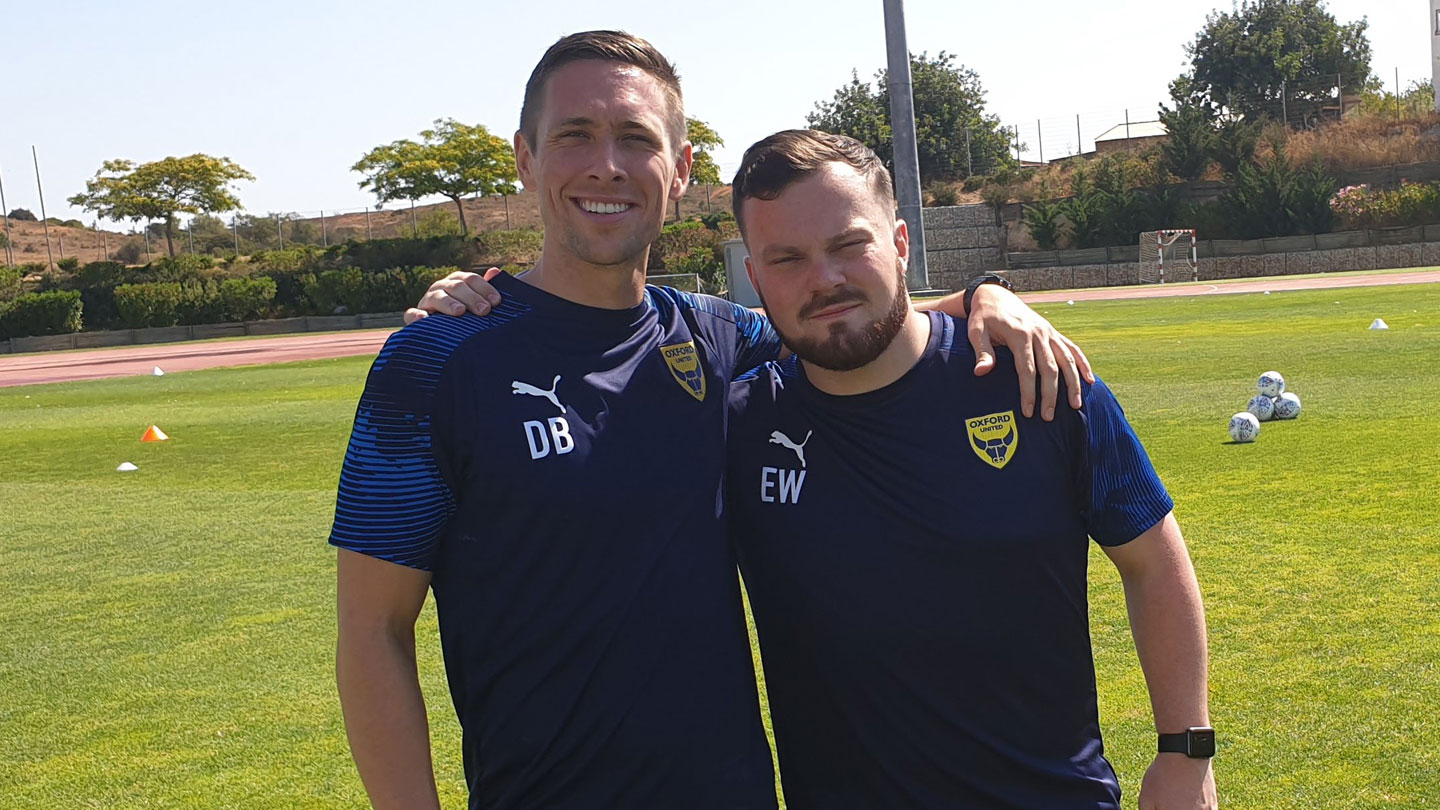 The spectacular drone footage you may have seen comes from Ed; each training session is filmed from above for review and analysis. Bondy’s role is less clear cut. Singing and um, I was going to add another thing here. Just singing mainly.

With Karl and Faz sharing the coaching - Chris Allen is with the under 23s in Scotland later this week - it’s a close group and many of us have worked together for years but Herr Short, Head of Sports Science, has quickly become a central part of everything: knowledgeable, good company and extremely good at his job. Just like them rest of them really.

Me? I’m just here to observe. And to write. When not cooped up in Media and Medical Towers today I had a chance to chat with Karl, Mark Sykes, and Sam Allardyce, have a nice quiet lunch in the company of Simon Eastwood and get told off by Jack Stevens for putting a picture on the website of him looking silly with a towel on his head. This one. 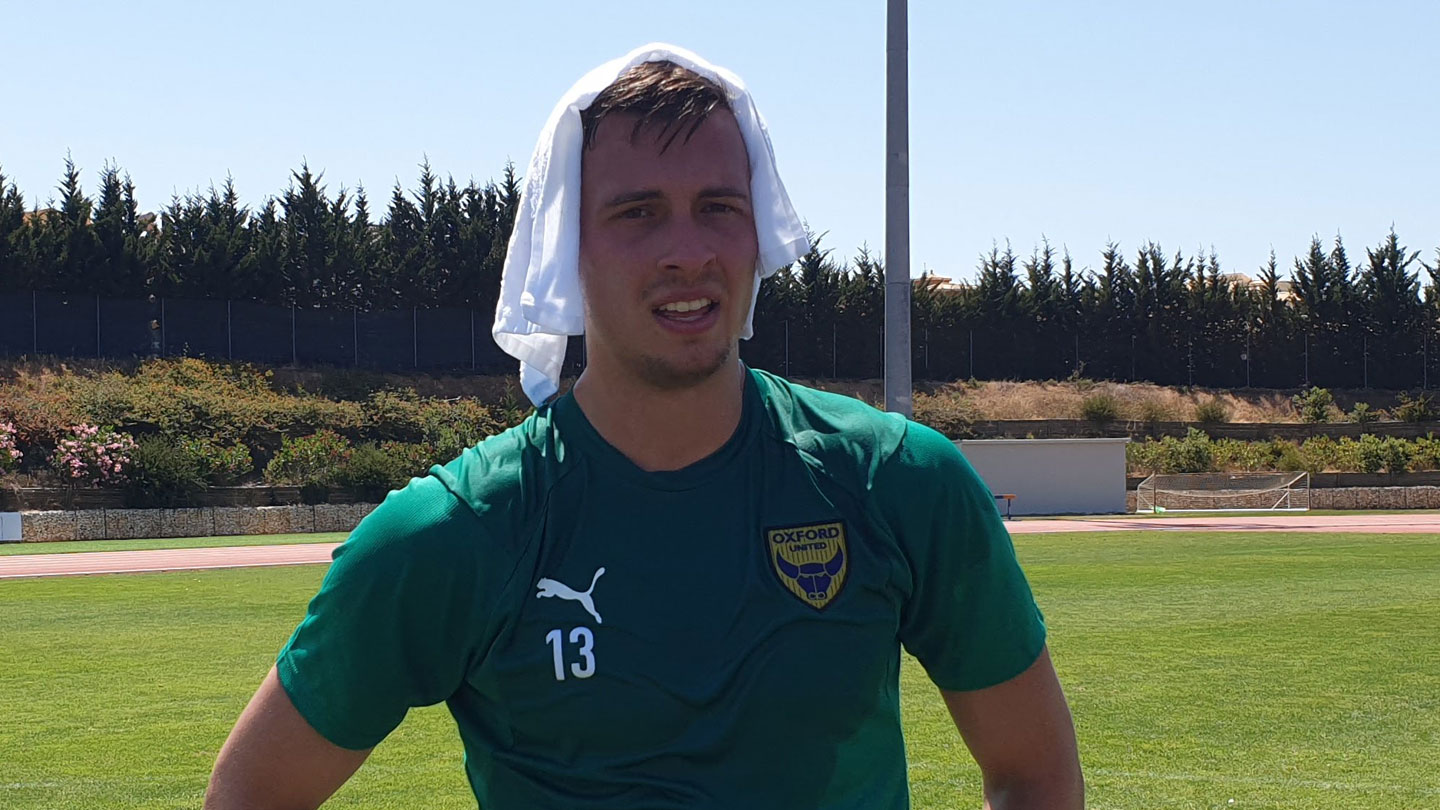 The evening was spent in deep discussion and having been beastly about Mr Bond I must here acknowledge that he is actually integral to so much of what makes the team tick. They are deep in discussion when I retire for an early night.

For tomorrow we run at dawn….