Two goals from Raheem Sterling sent Manchester City through to the semi-finals of the Carabao Cup this evening despite a brave effort from battling Oxford United who gave the holders a real game. Trailing to a Joao Cancelo goal at the break, United hit back through a memorable goal from Matty Taylor but Sterling proved the diffeernce with two goals to end United's resistance.

Never overawed at any stage, United started well and zipped the ball around nicely on a drenched Kassam Stadium pitch but were also mindful not to over-commit men in the opening exchanges, keeping a solid shape with Alex Gorrin sitting just in front of the back four and Rob Dickie a towering presence at the heart of the defence; one clearance after 17 minutes was hooked clear on the line by United’s skipper for the night, but otherwise Oxford weren’t overly tested inside their own box in the first 20 minutes.
The problem was trying to get the ball into dangerous areas at the other end, especially into a face of a strong wind in the first half. A driving run from Tariqe Fosu raised hopes but also highlighted precisely the danger inherent in pushing men forward. From the resulting corner after 22 minutes City broke swiftly and one crossfield pass to Cancelo opened up an enormous space down United’s left. Elliott Moore got across but only succeeded in deflecting Cancelo’s powerful drive up and over Jordan Archer to give the visitors the lead. 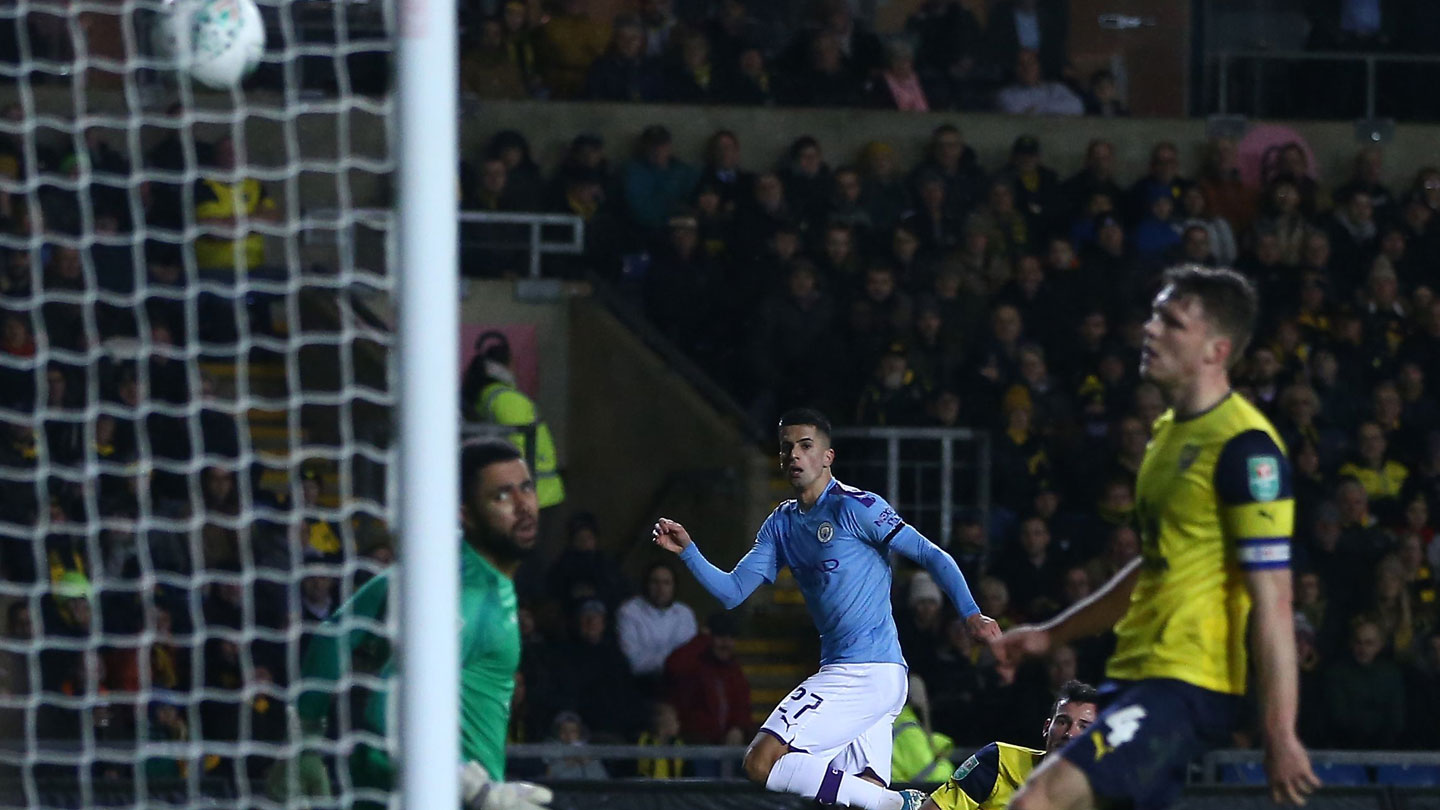 Archer saved well from Phil Foden and Sterling clipped a further chance wide, but United held it to 1-0 and were never out of the game despite Riyad Mahrez driving another effort into the side netting; look at the names in this paragraph and you may be able to see the scale of the task facing the U’s!
Taylor did drive one effort wide just before the break and his strike partners Dan Agyei and Tariqe Fosu both showed nice touches but 1-0 at the break was probably fair and far from shameful, and then within 40 seconds of the restart the world went pleasantly mad for a little while!
Taylor, one of four local lads in the side, took the lid off the stadium when after a quick free kick he cut inside his man to face keeper Claudio Bravo who had no chance at all as Taylor drilled the ball past him to roll back the years and bring back memories of Jim Smith and famous cup nights of the past. It only lasted five minutes, but what a great feeling to be level with the Champions. 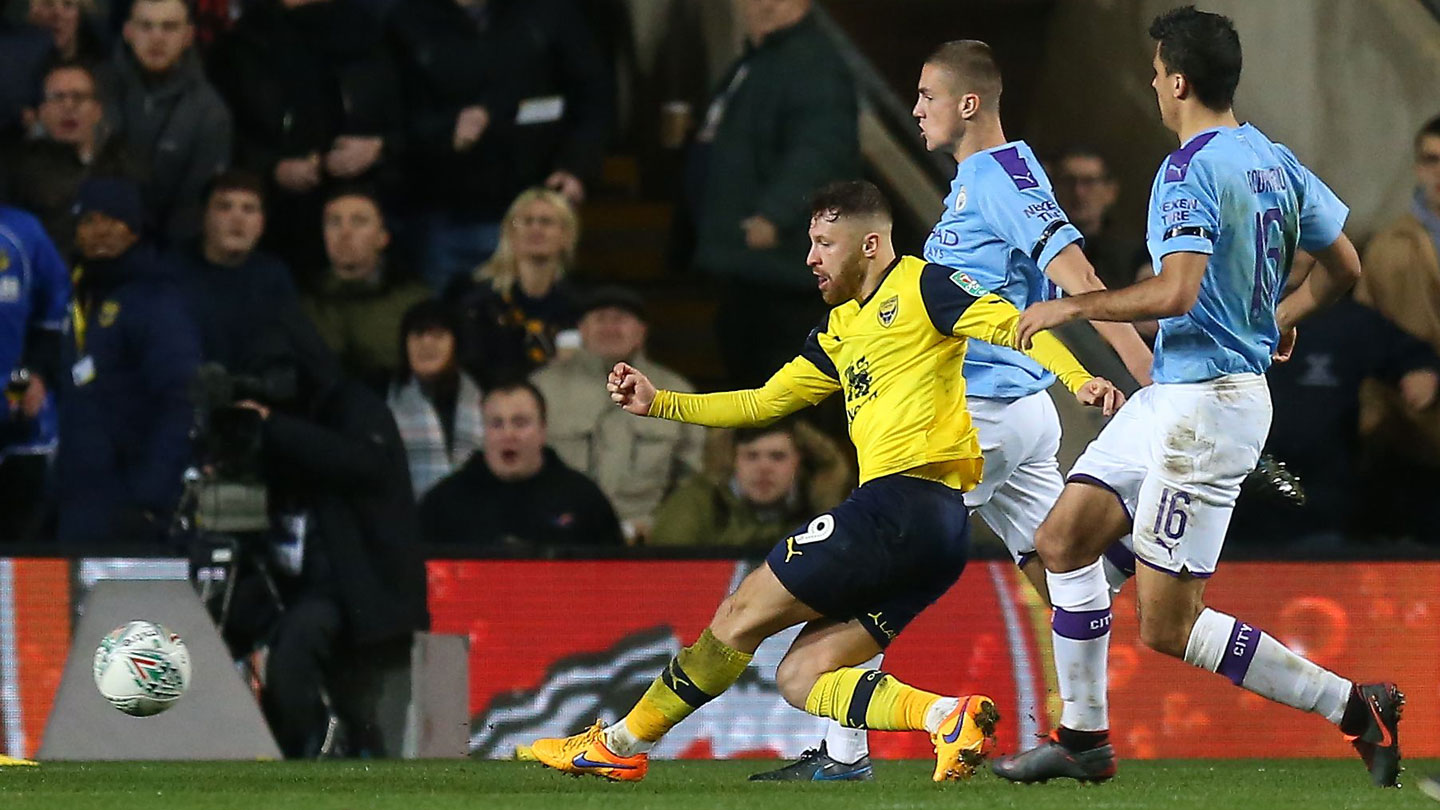 Unfortunately Sterling was as ruthless as Taylor when given a similar sight of goal after Angelino rolled a delightful ball in to the England forward. Archer was powerless and City were ahead once more. Surely United had been put in their place? Think again. Cup football, remember, so nothing to lose... 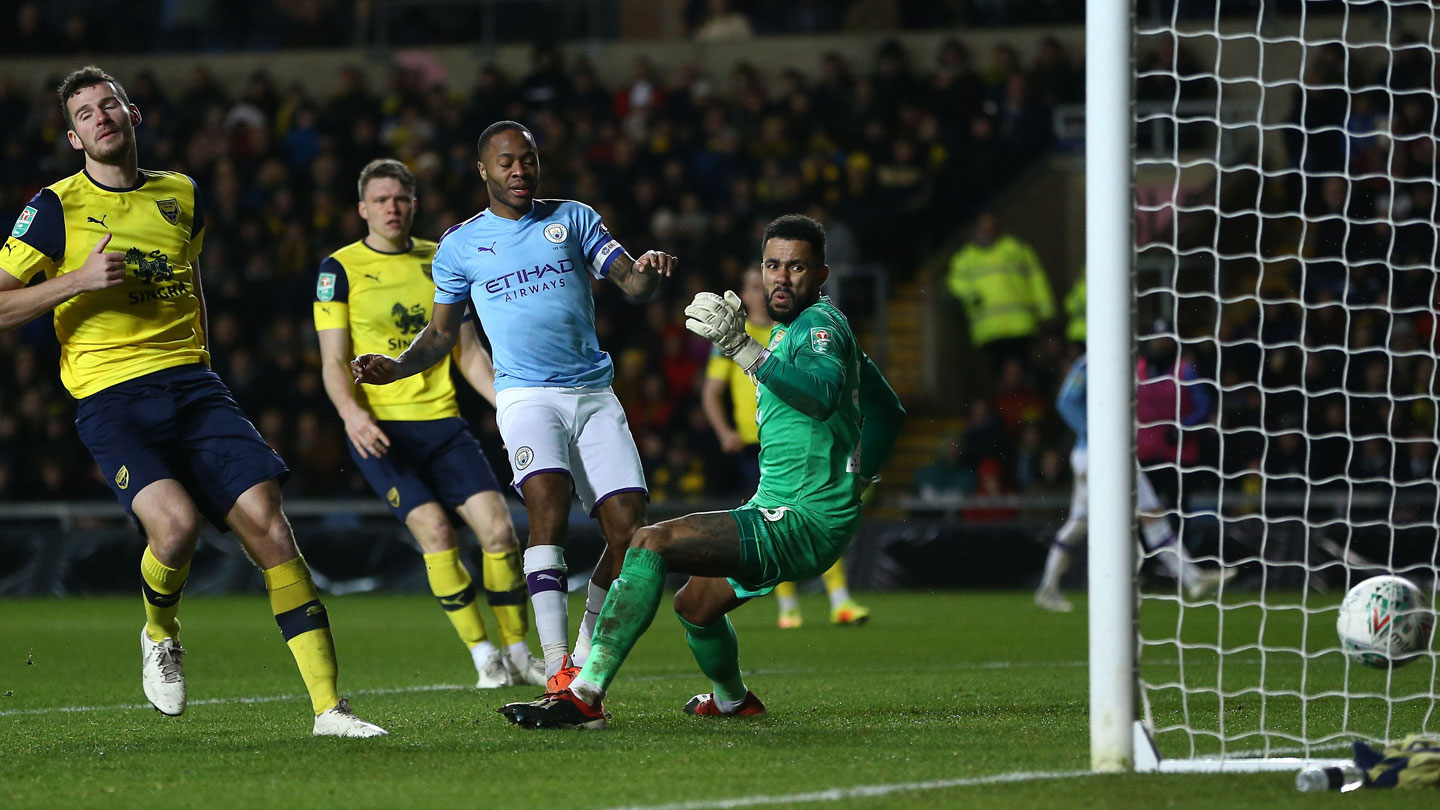 Forward they came once more, Bravo tipping a Fosu effort over the bar, sub Mark Sykes clipping a half volley just over, Sam Long one pace away from reaching a cross inside the six yard box...
Brave and to be applauded, but ultimately unwise against a side like City. With 68 minutes gone, sub Jesus celebrated his birthday a few days early by passing low across the six yard box for the unmarked Sterling, who tapped home to send City through to the semi-final.
Absolutely nothing wrong with United's performance or approach. They had given it a real go and Taylor's goal had briefly raised unrealistic hopes to an even higher level. Don't forget that they knocked West Ham out in some style earlier in the competition too.
There were good efforts from Fosu, Mackie (twice), Dickie and Sykes but no further reward as the U's went out but left the competition to an absolute ovation from a crowd of close to 12,000.
A great night, a heroic effort and now we move on to the league and a home game against leaders Wycombe Wanderers.
Time to concentrate on the serious stuff...
Att:11,817
Away 1,200
Report by Chris Williams, pictures by Steve Daniels and Shutterstock, stats by OPTA