TEAM NEW
United look to bounce back after succesive defeats against Blackpool and Burton and boss Karl Robinson may make changes  after largely sticking to the same side for the first four league games. Anthony Forde scored on his home debut on Tuesday and is likely to continue but Tariqe Fosu is fit again after a slight hamstring strain and pushing for a recall.

Striker Dan Agyei has trained well and is nearing a first appearance while George Thorne has been involved in both training sessions over the last two days but is more likely to be involved next Tuesday when the U's welcome Millwall in the Carabao Cup.

A 2-0 win at home to Tranmere on Tuesday gave the Pirates their first win of the season and put them level with the U’s in all respects: one win, one draw, two defeats, and a minus two goal difference. The victpry came after boss Graham Coughlan spoke about tightening up defensively following a 2-0 defeat at Coventry last Saturday

"I spoke after the game on Saturday about being open and expansive, maybe we need to be a little tighter, solid, durable, hard to beat. But I wanted to give it a go this season, I wanted to be on the front foot and go after teams and impose ourselves on the opposition. That hasn't changed. I still want to do that. I want to bring a little bit of excitement to the football club.

"It is early days in the season, there was a lot of optimism before the season started and I was very optimistic myself, I still am.”

TICKETS
This game is ALL TICKET with none available on the day.

Tickets are no longer online but you can still buy a ticket by calling 01865 337533 before 3pm today for collection at the Memorial Stadium after 2pm on Saturday, or from the OUFC Ticket Office this afternoon.

We have 291 seat tickets for the South Stand and 850 terrace tickets. 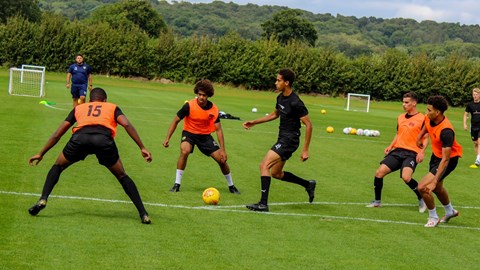 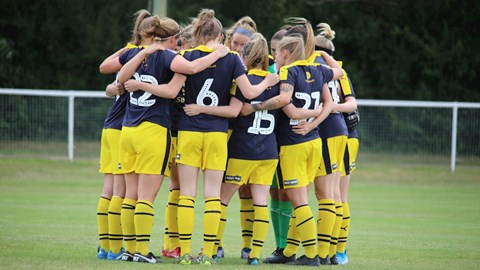 MINUTE'S APPLAUSE
There will be a minute's applause before the game to celebrate the life of former Rovers striker Junior Agogo who sadly passed away aged 40 this week. Our thoughts are with his family and friends.

THE PLAYLIST
Want to get in the mood for the game? Then search for Oxford United Official on Spotify where we bring you a new playlist for every away journey, plus the dressing room playlist. The Playlist is available right now and is always flexible: let us know on Twitter if you have any more to add to help get the Yellow Army in the mood as we head west on Saturday. (That's a clue to one of the songs by the way!)