This week has seen updates from the Academy, OUFC In the Community plus a phone in on BBC Oxford with the Board and Karl Robinson answering fan questions. Ahead of the new season we end the week with an update from Managing Director Niall McWilliams regarding  ongoing developments at Oxford United Football Club.

“As previously mentioned in numerous media interviews, and in the phone in this week, at Oxford United we are developing and implementing a long term strategic plan, with the aim of helping the club continuously improve. Not just in terms of the team but in all areas: any strategic plan has to start with an aim and at Oxford United we are aiming to be a successful and sustainable club at the centre of the Oxfordshire community.

By this we mean:

By sustainable we mean that we will be in an improving and positive financial position that will help ensure the football club will thrive. We also realise that a football club has an enormous social responsibility and that Oxford United can have a significant and positive impact on the Oxfordshire community.

To ensure we are in the best position to achieve our aims, there needs to be a clear strategy in place based upon our key foundation pillars which I make no apologies for repeating here:

1.First Team is at the core of all we do
For any football club to be successful the first team has to be performing well. At Oxford United we believe in an attacking football philosophy. We do not believe that there has to be a specific formation to achieve this style, it is the approach to the game that is significant.

2.Player recruitment, development and trading
In order for us to be sustainable we need to recruit, develop and trade players (where appropriate). It is important that the best local talent see Oxford United as the club of choice and that the best footballing Oxfordshire talent is not lost to other clubs outside our county. That happened for too many years and we have made enormous strides in this area. The continuous development and improvement of our academy is essential within this context. We also need to ensure that there is a clear pathway to the first team for our young players.

In recent years we have been successful with the recruitment of young players with potential who can make an impact on our first team, have the ability to develop their careers at Oxford United, play at a higher level and make the club a profit. We are aiming to ensure this policy continues, although we realise that there has to be a balance within the team with experience also key to a successful side. We also realise the need for loan players at specific times, however it is our aim to reduce the number of players within this category.

This key pillar is underpinned by a comprehensive recruitment strategy which utilises both online and live football data.

3.Maximising Business Opportunities
As we know at our football club, this is an area that is proving to be a difficult one and in reality this is a situation that will not change until we own our own stadium and training ground.

For too long now we have been a football club with no assets and for us to become fully sustainable, at some stage this needs to change. The ongoing discussions in relation to our agreement at The Kassam Stadium are high profile ones. For the purpose of clarity, the charges we incur at The Kassam Stadium can be allocated to three different categories:

The charges of course can vary, however the average costs to hire The Kassam Stadium tend to be approximately between £700,000 and £800,000 excluding VAT

It is well documented that we receive no revenue from the stadium, our only revenue is derived from ticket sales and specific advertising that falls within the licence agreement.

Although we are positive that finding land for a new stadium is a possibility, it is not a quick process and will take a considerable amount of time. We also need to ensure that the business model for a new stadium is a viable one. Remaining at The Kassam Stadium is also an option that needs to be considered and we would like to make it clear that operational relationships between the club and Firoka are very positive, as seen by the work that OxVox have been doing with Firoka towards the images in the East Stand

4.Growing The Next Generation of Fans
Oxfordshire is a county that is significantly growing in terms of population and at some stage in the very near future there will be approximately 800,000 residents living in the county. Our football club is the only professional sports club in the county and therefore is best placed to make the most significant contribution within Oxfordshire.

We are aware that the appeal of the Premier League is a strong one, however there will be no Premier League footballers linked to community organisations or schools in our county. We want residents of Oxfordshire to be supporters of Oxford United first and foremost.

We are working extremely closely with the charity arm of our club to grow the badge within Oxfordshire and as the season progresses you will see news in relation to the growing development of partnerships in all areas across our county. We understand the power of football to help people within our community and we are already working closely with Oxford Food Bank, Sobell House, Helen and Douglas House and our partner schools.

5.Financial Sustainability
Football in League One is not a profitable business and at Oxford United, with no real assets to our name at present, we have to continually rely on the generosity of our shareholders.

There is no doubt that at some stage Oxford United has to become more sustainable, reduce the losses yet still have a significant impact. If we can get the first few key pillars right then financial sustainability will be possible.

As a board we work hand in hand with Karl Robinson and all of our Heads of Department: Coaching, Academy, Community, Commercial, Communications, Marketing and Retail but we remain approachable and in touch with all staff throughout the club who do such a fantastic job as part of the OUFC Family. The wider family includes Oxvox, the Yellow Army and all of our fantastic supporters.

On the eve of the season we share their excitement.

We believe we have recruited well this summer and strengthened a squad that finished last season in great form. We will continue to give Karl all the support he requires and we look forward to seeing you all at Sunderland and then for the first home league game against Peterborough next week. 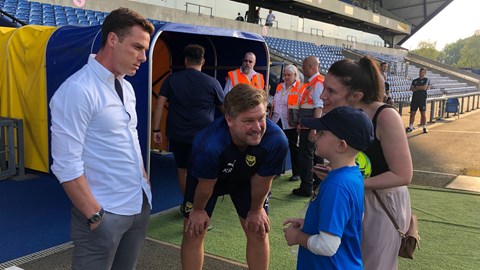 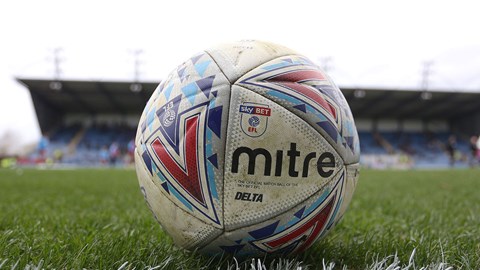