United are starting to see light at the end of the tunnel after a strong of injuries in the early weeks of the season. Samir Carruthers, Jamie Mackie and Simon Eastwood all trained yesterday and will step things up next week but boss Karl Robinson must decide whether to include them in the matchday squad as early as Saturday.

Tony McMahon also returns to contention after a hamstring problem and with Jamie Hanson now back from suspension and Cameron Brannagan available after his head injury there is competition for every place on the park.

See him talking about the game in the Preview Show in iFollow where we also have the Manager's thoughts on the game.

United haven't won away, Wimbledon havent won at home. Manager Neal Ardley insists there is no pressure on his team tomorrow though:

“We haven’t won at home yet and we can’t start putting any added pressure on" he said “We already put pressure on ourselves within the camp. We expect more than we’ve given in the last couple of weeks. If we get things right with our performance then it is going to take a lot to beat us, ultimately that is all we can do in the next two or three games regardless of who we’re playing.

“If you’re asking: ‘Do I think we’re a really good team who are underperforming?’ The answer is yeah and it is a lot worse when you’re looking at a team and not quite sure where you are going with it. We are a very good team – we’ve shown that. But over the course of the season we have played well and lost, which is not a good habit to get into. And also in others we have played poorly and been out of games very quickly.

“We need to get a little more know-how and grit to make sure we can turn average and decent performances into wins. We’re not talking about a crisis here. We’re talking about getting some good habits to give us the best chance instead of struggling in those moments." 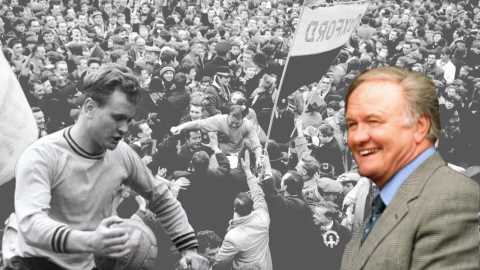 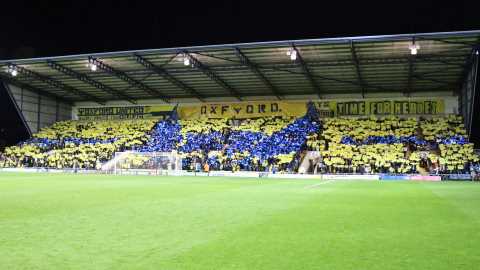 The game is ALL TICKET.

No tickets will be sold on the day so if you are coming along to support the U's you need to buy a ticket before 3pm on Friday - they can be collected at the stadium until 3pm on Friday or at the Cherry Records Stadium on the day.

With numbers limited to 700 on the terrace and 74 in the seats they are no longer available online but can be purchased by phone (01865 337533) or in person from the ticket office.

All tickets are subject to availability.