The U's are unbeaten in four games with Gavin Whyte scoring a stunning goal at Charlton in midweek to earn the U's another point. That goal may be enough to earn the Northern Ireland winger a starting place against the Shrews but there is fierce competition for the attacking places with Samir Carruthers also pushing for a start after injury and Ricky Holmes back in the team at the Valley on Tuesday after a back problem.

Shandon Baptiste has an operation early next week to fix a shoulder problem, joining Jon Obika and Rob Hall on the sidelines.

Shrewsbury are in 18th place, four points above the U's, and boss John Askey saw his side enjoy a fine 3-1 win over Barnsley this week, which he hopes can lead to a first away win this season when they take on the U's.

“They are a team that are improving,” Askey said. “There is no easy games in this league and that has been proven.We have done well against the top teams as we have against the ones around us - We won’t be taking any games lightly.It’s important that we start to show the fighting spirit that we showed on Tuesday.

“We don’t want to be doing that come April time, so this is the time now to try and push on to gives us that breathing space.No matter where we play we have to feel confident that we can get a result."”

Tickets are just £12.50 for this game provided you buy before matchday. Call 01865 337533 until 5.30pm on Friday or book online at www.oufctickets.co.uk up until midday on Saturday

Normal match prices will apply when the Ticket Office opens on Saturday at midday. 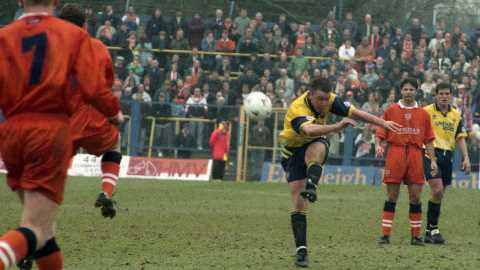 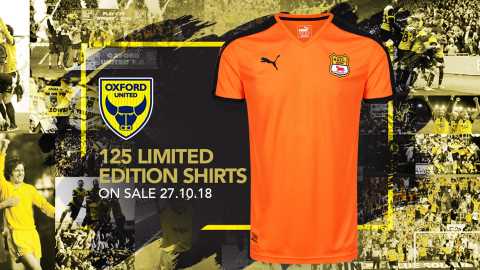 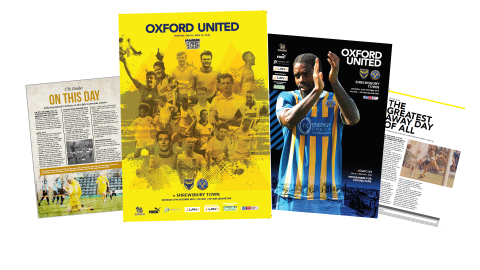 United will be playing in orange to honour the memory of Headington United. There are 125 replica shirts available in the Club Shop, each one 'numbered' for one year and with £30 of the £75 price going to the Academy to help bring through the next generation of young players.

These are only available in person when the shop opens at 11am - queues are expected with certain years sure to sell quickly as fans mark their favourite seasons, the year of their birth or perhaps the year they first saw United play. @OUFCOfficial will be there to keep you up to date when the shirts go on sale for the first time.

The actual match shirts will also be available to buy - first at auction at the 125th Anniversary dinner being held on Saturday night at the Bodleian library, and then any remaining shirts will be auctioned online next week.

We have so much going on around the ground  as we celebrate our birthday. As well as the kit we have a live band playing in the bar pre match and we will be joined by over 30 stars of the past. Please get to your seats nice and early because our parade of stars will start at 2.30pm

If you are a Shrewsbury fan travelling to the game then a full Supporters Guide is available here: OUFCAwayDayInfo.pdf Don't forget that there is a special away version of the matchday programme with additional information for visiting supporters.

iFollow is available with the full game LIVE to hear in the UK and Ireland and see is you are an exiled fan. There will also be reaction from the key men after the game, and you can follow all the action on Twitter at @OUFCOfficial and on this site with our OUFC Live coverage. Clive lives....