Oxford United welcome Plymouth Argyle to Grenoble Road on Saturday. Here we have a full guide to the big game.

The U's look to build on a hard fought point at Southend last weekend and pick up just their second home win of the season.

Both Simon Eastwood and Samir Carruthers made their returns from injury in the Checkatrade Trophy game against Northampton on Tuesday and are in contention for a first league start since the opening day of the season while Marcus Browne made a cameo appearance from the bench on Tuesday and could be a possible replacement for Gavin Whyte who is away with Northern Ireland.

Curtis Nelson, Josh Ruffels, Jon Obika and John Mousinho all dropped out of the starting eleven in midweek but could earn recalls.

Plymouth, like the U's have had injury problems this season but Antoni Sarcevic, Jamie Ness and Conor Grant all came back into the side for the midweek Checkatrade game along with defender Niall Canavan but former United duo Joe Riley and Ryan Taylor remain sidelined. Another former United player, Ashley Smith-Brown is likely to feature though as boss Derek Adams targets all three points.

He told the Plymouth Herald: “It’s a chance for us to get closer to the teams above us. We have picked up four points in the last week of the league campaign.We would like to try and win against Oxford to then pull in more teams above us and try and get ahead of a few.”

“(Oxford) have got a vastly experienced team and have taken in a good number of players over the summer period. They are probably like ourselves, in a position where we don’t feel that we should be.”

Tickets remain on sale for this game- you can buy online at oufctickets.co.uk  or call 01865 337533 as well as buying at the ticket office up until kick off time.

Please note that the barrier will be in place behind the North Stand so there will be no transfer between the ends of the ground behind that stand. 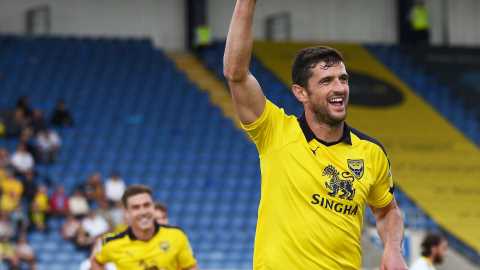 From the Dressing Room 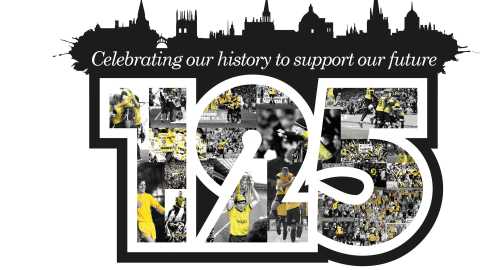 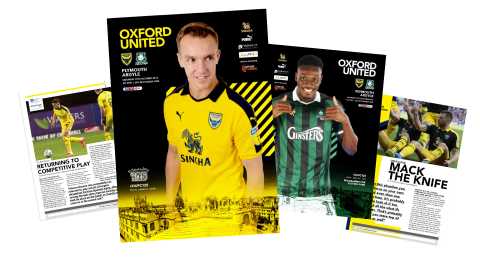 Home and Away programme

If you are a Plymouth fan travelling to the game then a full Supporters Guide is available here: OUFCAwayDayInfo.pdf Don't forget that there is a special away version of the matchday programme with additional information for visiting supporters.

The Club Shop has taken stock of all sizes of the brilliant new away shirt. Why not call in before the game to grab a yellow or blue shirt? Or you can order online at oufcshop.co.uk

There will be another big prize in thes half time draw where half the money raised goes to one lucky winner. Tickets cost just £1 and our sellers are all around the ground.

iFollow is available with the full game LIVE to see wherever you are. There will also be reaction from the key men after the game, and you can follow all the action on Twitter at @OUFCOfficial.