Caretaker boss Derek Fazackerley dedicated Saturday’s win against Peterborough to the Oxford fans who got behind his side despite plunging temperatures on a bitingly cold afternoon at the Kassam Stadium.

“The fans were brilliant” he told iFollow. “It has been frustrating for them because some of our better performances have been away from home and you get judged more for your home games. People pay their hard-earned money and they suffered today in the freezing cold but they stuck with us and that win is for them- I hope it warmed them up a little bit.”

“It was a great result for us and very important for us” Faz said. “The concentration and the focus has been good all week. Once again I thought we started the game very well although we struggled to get the ball down and play in the second half, but it was difficult in the swirling wind and we were up against difficult opposition who have been on a great run. But I thought we showed a lot of composure and deservedly won the game.

“I have said for a week or two that the performances have been better than the results suggested but today we turned that around and overall I am pleased. We changed the formation a little bit and the lads did that well; Peterborough changed the way they play to try and counter us.

“There was real commitment from everybody and the players showed how hungry they were to end that run at home where we have been disappointing of late, so I am pleased for everyone to come away with the win. We can move on from here and look forward to next weekend at Portsmouth, going with a bit of confidence and knowing that if we play well we can certainly get a result.”

See the full interview plus the thoughts of Rob Dickie and Alex Mowatt as well as highlights, all in iFollow 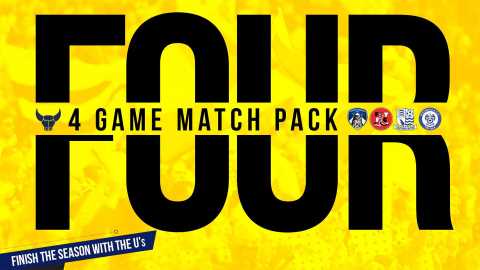