Oxford United Chairman Sumrith 'Tiger' Thanakarnjanasuth was thrilled to see so many fans over here in Ireland as United's pre-season tour kicked off with a 1-0 win over Portmarnock last night.

Well over 500 fans made the trip to Tolka Park to see Cameron Brannagan's goal decide a very close game against the battling Portmarnock side, but it was the fans and the backdrop to the game that Tiger told us he will remember the most.

"It was unbelievable" he told oufc.co.uk. "Such passion for their side and so many fans here. People told me there would be a lot of supporters but I never really thought so many would come all this way for a friendly. I want to thank them for that.

"I met many of them before and during the game and they are all having a great time over here. It was a solid performance from the team, the new kit looked great and I would like to thank Shelbourne FC and Portmarnock FC for being such great hosts. I flew in with the players this morning and will fly back home on Tuesday but I am so glad I came over to see the game because it has really got me excited for the whole season ahead now."

There were great scenes at the end and Tiger was more than happy to lose his shirt to one fan!

"I was wearing a new Oxford t-shirt that will be available in the shop. We are changing a lot of things in retail and I really liked that shirt so I wore it to the game and so many fans were saying it looked good. So at the end I took it off and gave it to one of the fans as a souvenir! I maybe wasn't expecting a couple of other fans to then lift me up and try and carry me in to the crowd! But is was all in good spirits and I hope all the fans enjoy the second game at Longford just as much." 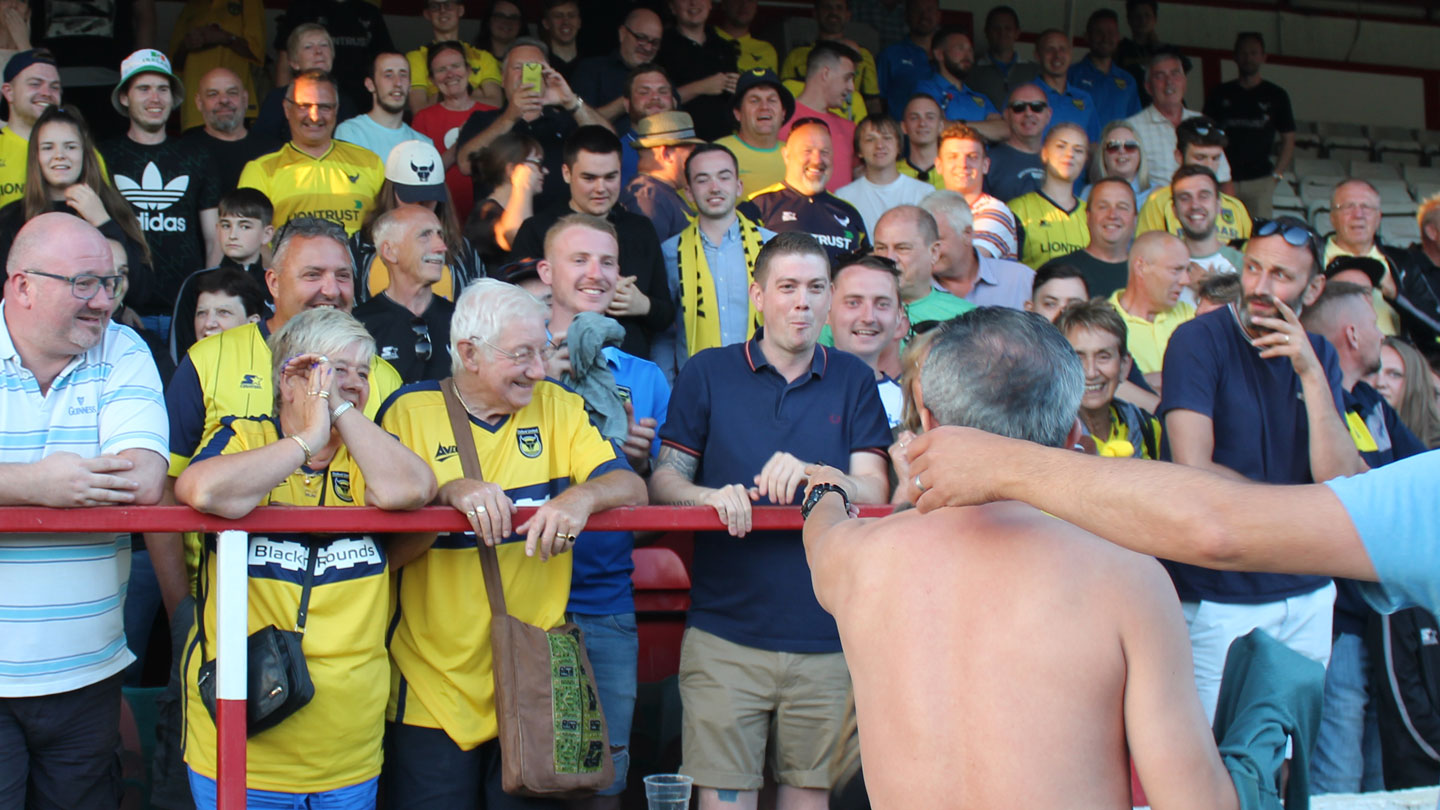