Oxford United travel to Charlton Athletic tonight in the third round of the Checkatrade Trophy.

United will be without skipper John Mosuinho who limped off during the 1-0 win over Blackpool at the weekend and won't be risked at the Valley. The defender is expected to be available again for Saturday's League game at Walsall but without new signing Rob Dickie, who is cup tied, Manager Pep Clotet is likely to partner Mike Williamson with Aaron Martin at the back.

Goalkeeper Simon Eastwood is also ruled out with inflamation of the shoulder, which means that Scott Shearer will step in and youngster Jack Stevens will be on the bench after being recalled from his loan at Oxford City.

Left back Ricardinho is available again because his three game ban only applies to league games; he will be unavailable against Walsall on Saturday and at home to Bury the week after.

Striker Agon Mehmeti returns to the squad after a virus last week.

Prices have been reduced for this game, with a further discount for parents attending with children to:

United fans will be in the South Stand for this game. 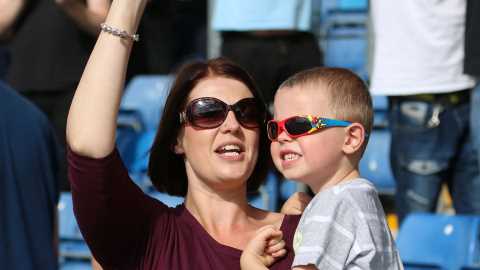 Family Away Day On Saturday