Like the U's, Charlton boss Karl Robinson was able to hold on to in-demand players on Wednesday when the Transfer Window closed.

“I didn’t sleep much last night which is strange!" he told the official Charlton website. "I think it was all of the adrenaline of the day obviously we had a number of things that went on late on that we turned down, and it was important that we kept everyone here. It took bravery to say no to things, I think things in the past might mean it might have been a yes, but we hung onto our players which was brilliant.

“It was a relief (when the window closed) because I knew I couldn’t do anymore business, it was just the case of what I was going to lose, and that is where it was at basically. It was a weird feeling walking out of the building with a smile on my face not losing anybody."

Robinson welcome Mark Marshall back after a family bereavement while Jason Pearce is close to a return after a knee injury.

“(Mark) is 100% ready to go. The bereavement was two weeks ago, and he played two games after that, he is in a good place Mark. And now we are getting everyone back fit, we have a lot of competition for those places. (Jason Pearce) trained on Tuesday, the problem is with a knee injury and you play the way Jason Pearce plays, it’s all or nothing . So, we’ve got to be careful with him a little bit." 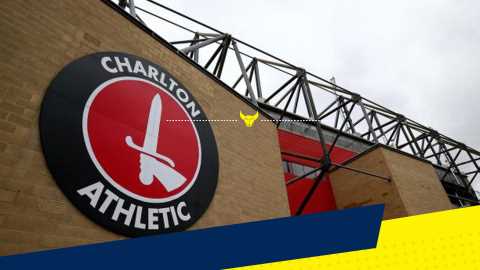