Oxford United's under 18s stormed back for a fantastic 3-3 draw against AFC Bournemouth this afternoon that almost sealed the league title for them. A late header from sub Jack Stevens, plus goals from Slavi Spasov and Owen James saw them maintain a six point gap over the visitors with two left games to play, despite Bournemouth striker Jake Scrimshaw netting a hat-trick.

United started brightly with Spasov just unable to pick out his man in the box and Ryan Crooks lobbing an early effort just wide then planting two further efforts over the bar as United made the running. James cut inside and tested the keeper’s handling after 18 minutes before a golden opportunity came their way after 21 minutes when Spasov was bundled over in the box, but centre-half Freddie Niblett missed the target from the penalty spot.

That turned the tide in the first half ,with the relieved Cherries getting a new lease of life. They had a long-range effort dip just over the bar without troubling keeper Max Harris after 27 minutes, but otherwise they were well contained by a United back line of Harry Sampford, Niblett and Nico Jones, with wing-backs Kyran Lofthouse and Michael Elechi also finding time to provide the width when United went forward.

However, on 31 minutes the visitors’ first effort on target led to the opener. A bobbling through ball should have been cleared but Harris and Niblett dithered and striker Scrimshaw took advantage to nip in and poke the ball past the keeper and into the empty net.

Bournemouth had another effort fly wide two minutes later before they doubled their advantage after 39 minutes, when Scrimshaw ghosted in at the back post to volley a deep free kick past Harris to make it 2-0 at the break, despite late efforts from Leon Chambers-Parillon and Spasov as the U’s tried to claw their way back in to the game.

The one thing they needed was an early goal after the break, which Spasov provided just three minutes into the second half. It was the quick feet of the excellent Ryan Crooks that provided the chance, dribbling past two men before squaring it for Spasov to slide home and give the U’s almost a full half to complete their comeback. 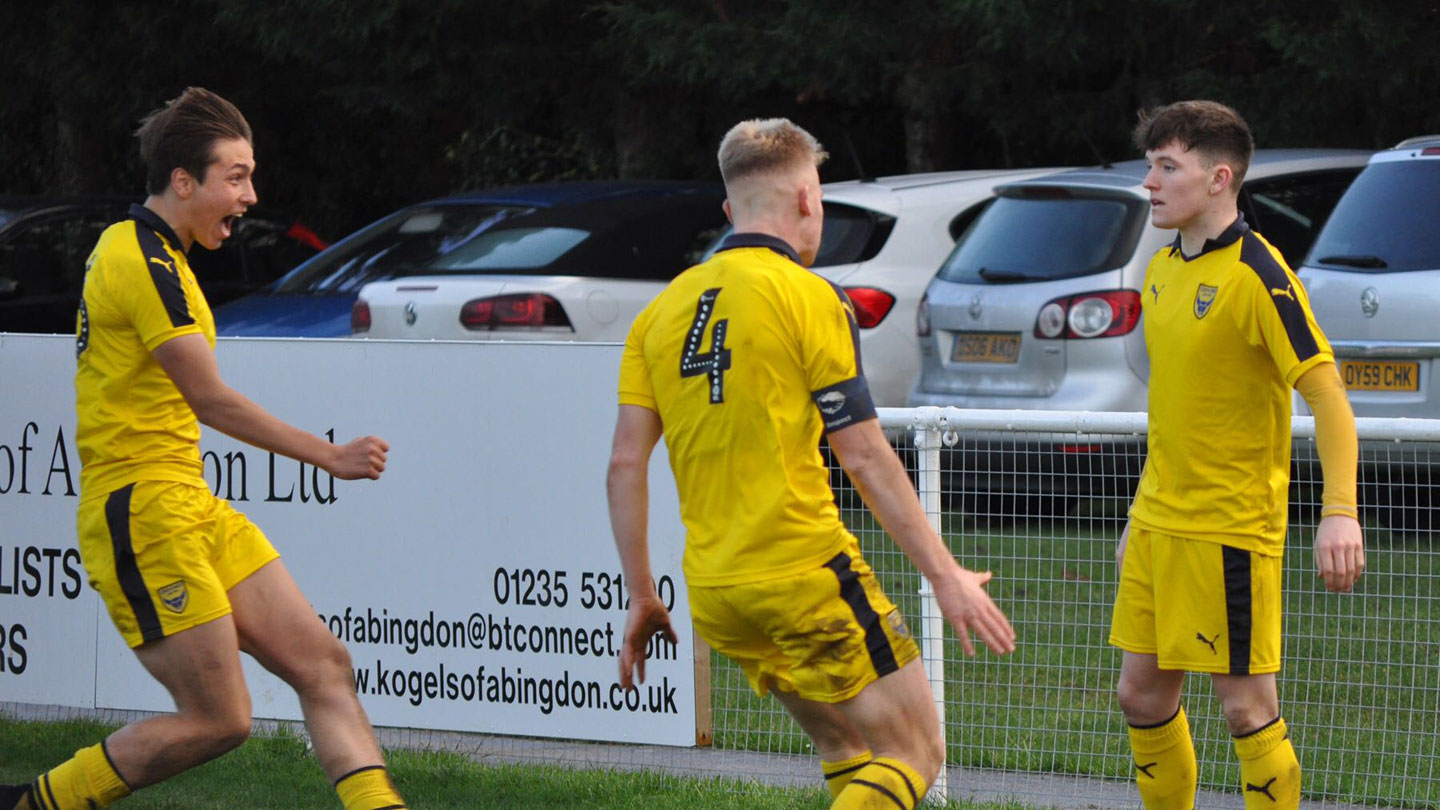 On the hour they were deservedly level when James nipped in behind the defence and ran on to a clever ball from Spasov. His low finish levelled hte game at 2-2 and surely United would go on to complete their comeback? Spasov almost made it 3-2 but couldn’t force the ball past the keeper, but Bournemouth had other ideas on that comeback and once again it was Scrimshaw to the rescue, playing a one-two and getting in for a one on one against Harris. Another neat low finish and Scrimshaw had his hat-trick and it was 3-2 to the Cherries.

Back came the U's, laying siege to the Bournemouth goal. Sub Fabio Lopes - signed as a pro on Monday but on the bench after recovering from a virus - sent a good effort just over the bar, fellow sub James Cowan then hit the crossbar after bravely challenging the keeper for a wicked James cross on 81 minutes. James beat his man but couldn't steer his shot on target on 82 and then with two minutes to go Cowan swung the ball in and sub Stevens headed home to spark huge celebrations.

Another fine game and another performance full of character. United now head for Portsmouth away on 8th January and Cheltenham at home on 19th. One more point and the title is theirs.