Holmes was in the treatment room at the training ground yesterday but is still troubled by a back problem so fellow wingers Marcus Browne and Gavin Whyte, who were impressive and both on the scoresheet on Tuesday, are expected to continue.

John Mousinho spent three seasons at Burton, captaining the side and enjoying great success and is looking forward to playing against his former side tomorrow

"It was a special time and I had a fantastic three seasons there with back to back promotions" he told the official match programme. "It’s a really special club and I left there with really fond memories and still have a place for the club in my heart.

"From our point of view the win is not a million miles off. Attacking wise we were much better on Tuesday. We got on the ball, nobody was really hiding, and we created some great situations, chances and opportunities. If you score two goals at home you can probably expect to win the games, especially from a forward’s point of view, but I think we have to keep playing that way, stay positive and be a bit more clinical and take our chances.

"“The big problem is obviously the 13 goals against. That is an issue for us and we have to cut out the defensive errors and make that that we do it quickly. Obviously we want to do it on Saturday against Burton.”

See Karl's thoughts on the game in iFollow where we also catch up with James Henry and Cameron Norman ahead of the game.

"They are too good a team not to get results sooner rather than later," he said "I just hope it's not against us.Karl Robinson is a vastly experienced manager, with Shaun Derry with him as well. They will get it right down there.I think they are in a bit of a transition, a bit like ourselves as well. 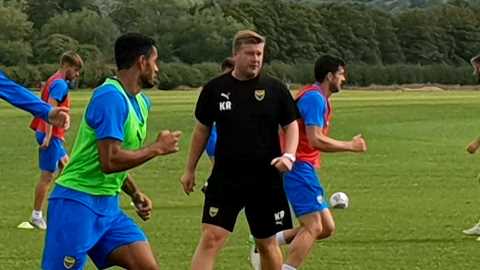 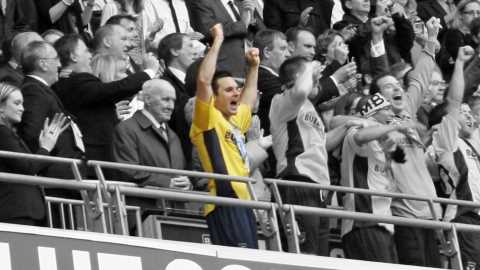 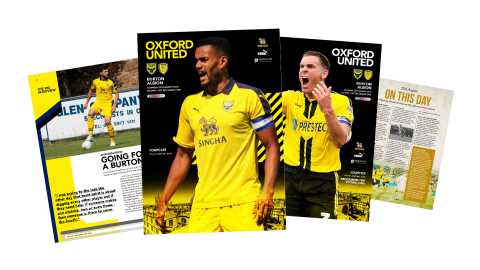 If you are a Burton fan travelling to the game then a full Supporters Guide is available here: OUFCAwayDayInfo.pdf

There is also a special 'away programme' where you can read Nigel Clough's views on the game as well as find all the relevant information to help you enjoy your afternoon with us.

The Family Room is open again from 1.30pm on Saturday with fun and games, player visits and much more, Open to home and away fans, the Family Room in in the East corner of the North Stand

iFollow is back with full commentary on the game, thanks to our friends at BBC Oxford. Home or Away- you can hear the whole game if you live in the UK or see the whole game live if you are abroad.