With the season drawing to a close, the last couple of weeks have seen plenty of activity as we build towards the next chapter in the life of the Academy.

Last week saw a small group of our second year Scholars, including Centre Forward Dejon Noel-Williams, spending time with some of U9 and U10 players and sharing a bit about his footballing journey to date. We have a relentless commitment in the Academy to ”Investing in the lives of Young Footballers” and part of this is giving our players opportunities to develop and learn from those around them – both our Foundation Phase players and our Scholars will have gained a lot from this shared experience. 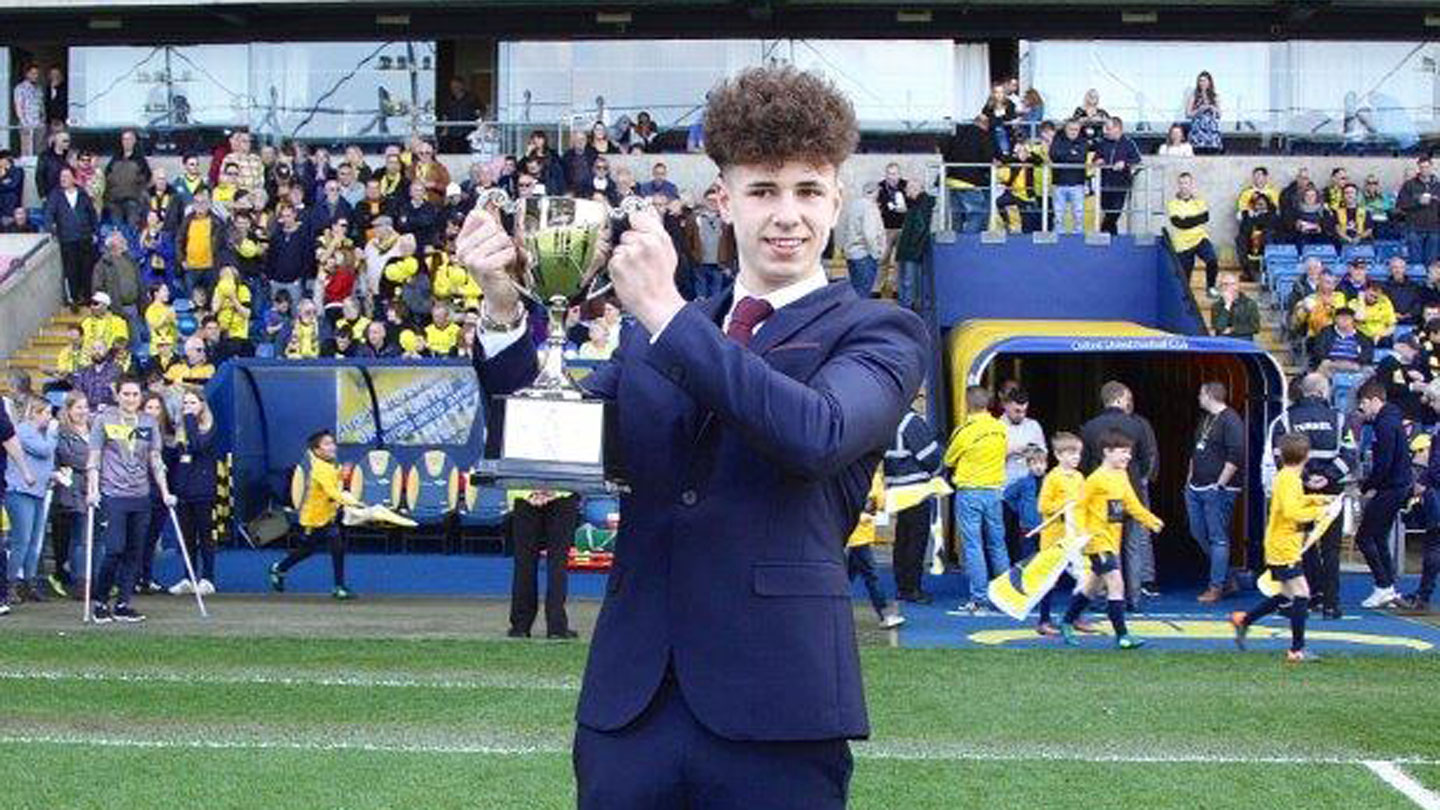 In a similar vein, I’d like to pass on our congratulations to U15 Striker Connor Ferguson for winning the Kevin Durham trophy last week. Awarded to the U15 who has made most progress over the course of the year, Connor is a deserving recipient of this prestigious award after a strong season that included a man of the match performance in a victory against Chelsea earlier in the year.

The last two weeks have also seen us hosting two pre-Academy tournaments for local clubs and two regional tournaments for Primary Schools in both Bicester and Abingdon. Working alongside our colleagues in the OUFC Community Trust, it was great to see over 200 youngsters playing under the OUFC banner as we look to resource and build bridges into the Oxfordshire Footballing Landscape. Thanks to all involved for their help in making these happen.

Alongside the progress & highlights, the end of the season is also a difficult time in Academy life as we make decisions on which players and staff will be continuing on their footballing journey with us here at the club. I’d like to put on record my thanks to all the young players and coaches that will be leaving us this season and thank them for their commitment during their time with us – we appreciate the way you have carried the badge and wish you well on the next step of your footballing journey..

In closing, I would like to put on record my thanks to all at the club for their welcome and support over the last four months since my arrival. I know that change is not always easy and am very appreciative of the support I have received as we break new ground here in the Academy. Since January we have signed over 25 new players across the age-groups; appointed 6 new staff; held fixtures against 6 Premier League clubs; played in 2 Cup Finals; held 3 staff CPD events; offered 5 lads the chance to join our new U23’s; and set up a Twitter Feed! It is an exciting time to be associated with Oxford United and we’ll be unswerving in playing our part in building a bright future here at the club.

For more information on life in the Academy here at Oxford United check out our new dedicated twitter feed - @AcademyOUFC.