Oxford United forward Rob Hall will be out of action for a week to ten days after picking up a groin injury in Saturday’s 4-1 win at Peterborough.

“It’s not as bad as we first anticipated” First team Coach Derek Fazackerley told iFollow this morning. “It has settled down over the weekend and we’re looking at seven to ten days, maybe even this weekend. Obviously the next two or three days are important to him but he certainly won’t play a part on Tuesday night.”

The injury came early in the first half as United hit form at the Posh, a performance that pleased ‘Faz’ a lot:

“It was a good performance to win like that” he said. “A 4-1 win away is fantastic any time but to do it on the back of three successive defeats when there is a little bit of pressure building up around the place gives us a good feeling. You have difficult weeks in football sometimes and the week before was one of those, but the players, the staff and everybody responded well and we had fantastic support and everyone enjoyed the win.”

United now look to build on that result as they take on Brighton and Hove Albion’s under 21 side at home on Tuesday night in the Checkatrade Trophy.

“It will be a good test for us” Faz said. “They have an extensive network of scouts who can bring in the best young players and we have to compete with them. We have the advantage of being able to bring in one or two slightly more experienced players but it will be a tough game.

“Brighton have done very well under Chris Hughton but it’s a competition that has been very kind to us over the last two seasons and we want to do well again. Plus we want to put back to back wins together to give us the confidence going into the league game against Wimbledon on Saturday.” 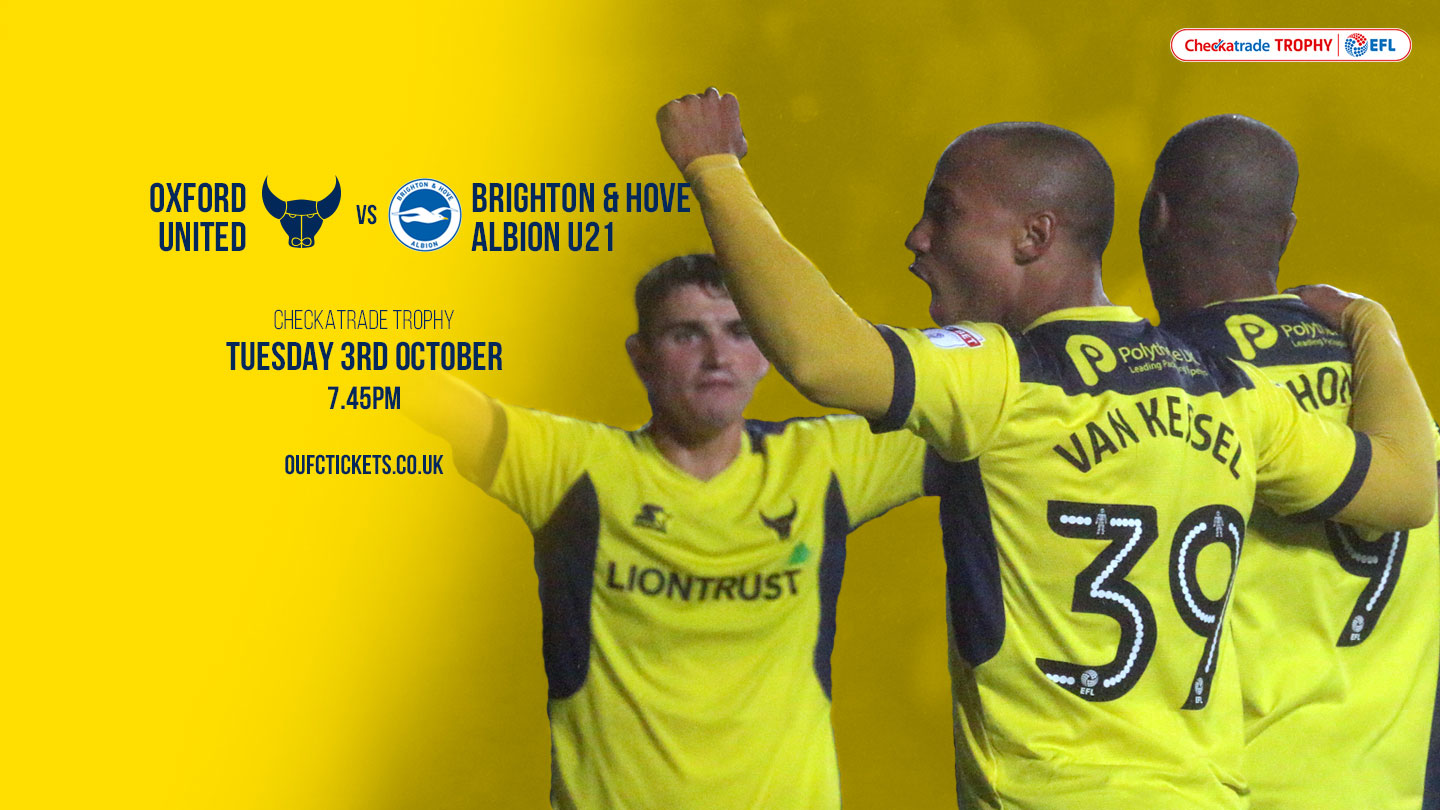