Oxford United are on pre-season tour in Portugal and we continue the story behind the scenes the day after the first game...

Day four breakfast is a quiet affair where the buzz from last night’s draw with Middlesbrough is only just starting to fade. It’s a funny thing football: I rarely sleep after a midweek match because even as a reporter I have the game running through my head and am replaying key moments. Players have it much worse and those who are able to blank it out, override the adrenaline and sleep are both lucky and, I suspect, a rarity.

Today is all about recovery so after some food there’s a debrief about last night’s game then a light session designed to get the 90 minutes out of the legs. One or two players have tightened up after training and the match so they get rubs and treatment while for the others there is a spot of running and then it’s into the pool. Malachi Napa is presented with armbands because he can’t swim, then it's 'let the games begin'. Being ultra competitive, even the swimming becomes intense. I have never seen people become so animated over races across a ten metre pool on a giant inflatable swan! I’m telling you now, it could be an Olympic sport.

A brief debate breaks out over my theory that if I set off on the swan from here and caught the tides and streams just right I would eventually land on the beach next to my mum’s house in Sheringham, Norfolk. Clearly I might need a paddle, and perhaps a puncture repair kit, but most people seem happy for me to go and test this out. You may be right. I need more sleep.

Meanwhile Rob Hall has been filming behind the scenes and now hands over the camera so I spend the afternoon editing -see above in iFollow. He has opted for a Blairwitch style of cinematography. Most of it seems to be his room mate Kane Hemmings: Kane watching Love Island, Kane tripping over, Kane on the loo, so I edit Hally Cam (carefully) and then head for reception where Dwight Tiandelli is due in.

As with any transfer there are a great many pieces of paperwork to complete but Mick Brown back home in sunny Oxford and Crawford Chalmers out here in the Algarve have played a blinder and Dwight becomes our second new face of the week. Fresh off the Amsterdam plane Dwight poses for pictures, speaks well in interviews and then heads off to unpack. Pep Clotet tells me that Dwight is an excellent pro and a very positive influence in a dressing room and for Oxford United to be signing a Dutch international has to be a step in the right direction.

His arrival means I wasn’t able to get to the fans five a side and quiz that were taking place in Albufeira but the triumphant staff team return with tales of remaining unbeaten. I only have their word for that, but anyone who played in this heat deserves a medal.

We get the transfer story out at 5.30 while Strength and Conditioning Coach Scott Daly leads Dwight in a running session before we all head off for the much anticipated Chairman’s Dinner. A tradition since the trip to Austria, staff, players and sponsors get to unwind and have a relaxed evening over a glass of wine or two. The players sip water and suspiciously eye up their shrimp starters as we look out over the ocean in a beautiful restaurant that really could not be better situated. Now, readers, I know you are going to say ‘thought they were meant to be training all day’ but this type of evening is almost as important because bonds and friendships will be made on this trip that will last all season, maybe a lifetime. James Henry and Dwight (that’s two people not three) slot straight in and the food is superb.

We are back at the hotel by around 11 and the players head for their rooms while the staff have a last drink by the side of the pool. I love this. Everyone gets on well, tales are told, but there are also more serious conversations going on about training the next day, equipment, analysis; a true common purpose that connects everything we do out here.

Another constructive day and I am asleep the moment my sunburnt baldy head hits the pillow. Recovery day done. Can’t wait to get out there again tomorrow. Now where's that swan...

Portugal Behind the Scenes 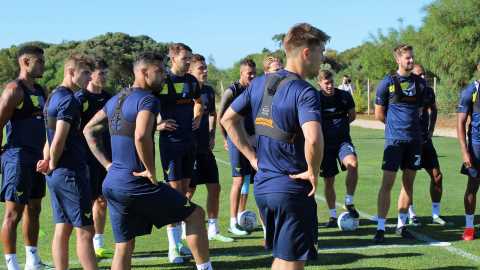 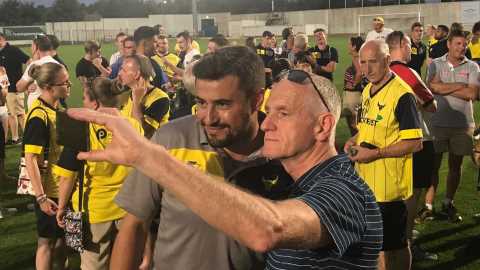 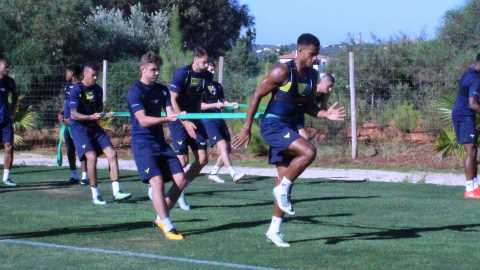 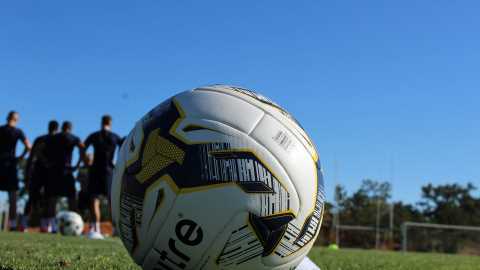