Oxford United's streak is now seven games after an amazing Mide Shodipo winner at Rochdale this evening. Twice ahead, once behind, goals from Dan Agyei, Elliott Moore and James Henry were cancelled out by goals from Matty Done, Stephen Humphrys and Matty Lund before Shodipo scored an incredible winner deep into injury time to give United seven wins in a row for the first time since 1994.

United made changes to the side and that nearly paid off immediately when two of the new faces almost gave them an early advantage. Agyei, returning to the side, was denied in just the second minute when a brave header from Jordan Obita left him one on one with a defender. Having checked inside him Agyei’s effort was destined for the bottom right corner but home keeper Gavin Bazunu somehow got down to push it round the post.

Cameron Brannagan, another stepping into the starting eleven, thumped a free kick wide soon after and United were in complete control even before Agyei gave them the lead. A Matty Taylor effort was smuggled wide for a corner but when Dale dallied the ball was only cleared as far as Agyei who beat his man and then swivelled to power the ball home inside the right-hand post. 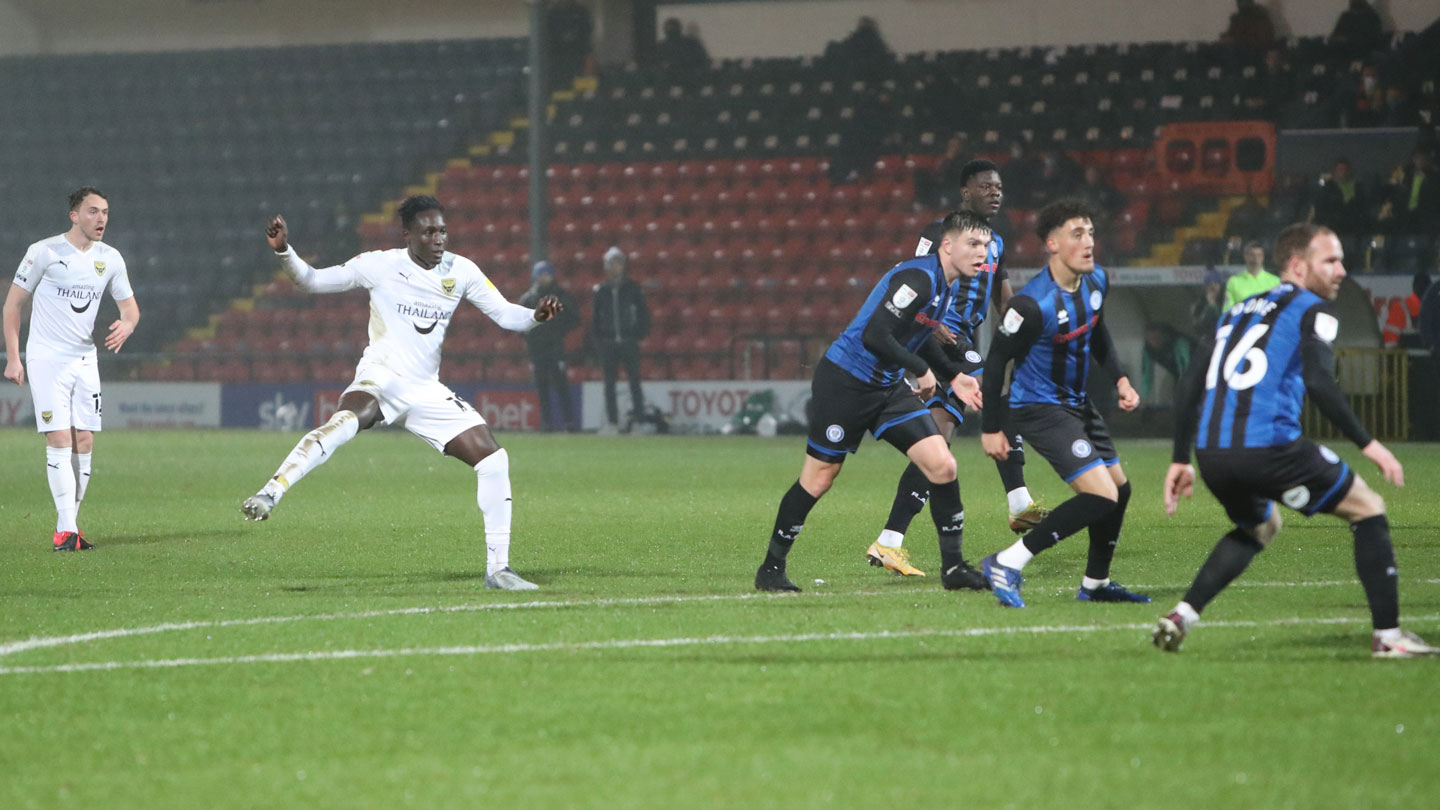 At that point it looked as though United were going to dominate, but Rochdale weren’t phased to be behind and were about to demonstrate once again that they are a team committed to attacking football.

Ollie Rathbone sent a dangerous drive just wide on 17 minutes, Alex Gorrin needed to make a perfectly timed tackle to stop another dangerous attack and and Kwadwo Baah was a constant threat from the right, always prepared to take men on and utilising an excellent playing surface despite constant drizzle.

On 22 they were level from a neatly worked opening. Lund flicked on, Stephen Dooley drew men towards him then slipped the ball to his left for Done to thrash the ball across the helpless Jack Stevens and level things at 1-1.

On 29 it was 2-1 and United’s early advantage was gone. It looked like a routine corner from Rochdale’s left but Humphrys turned it into something quite special by backheeling on the volley at the near post to wrong-foot Stevens and give the home side the lead.

United had one half chance from Agyei before the break plus a Matty Taylor drive into the side netting and a ‘goal’ disallowed for Taylor tackling the keeper, but within four minutes of the restart were on level terms again. Henry, on as a half-time sub, made an instant impact with a superb free kick to the back post. Moore, timing his run well, met it with a downwards header and it was 2-2. 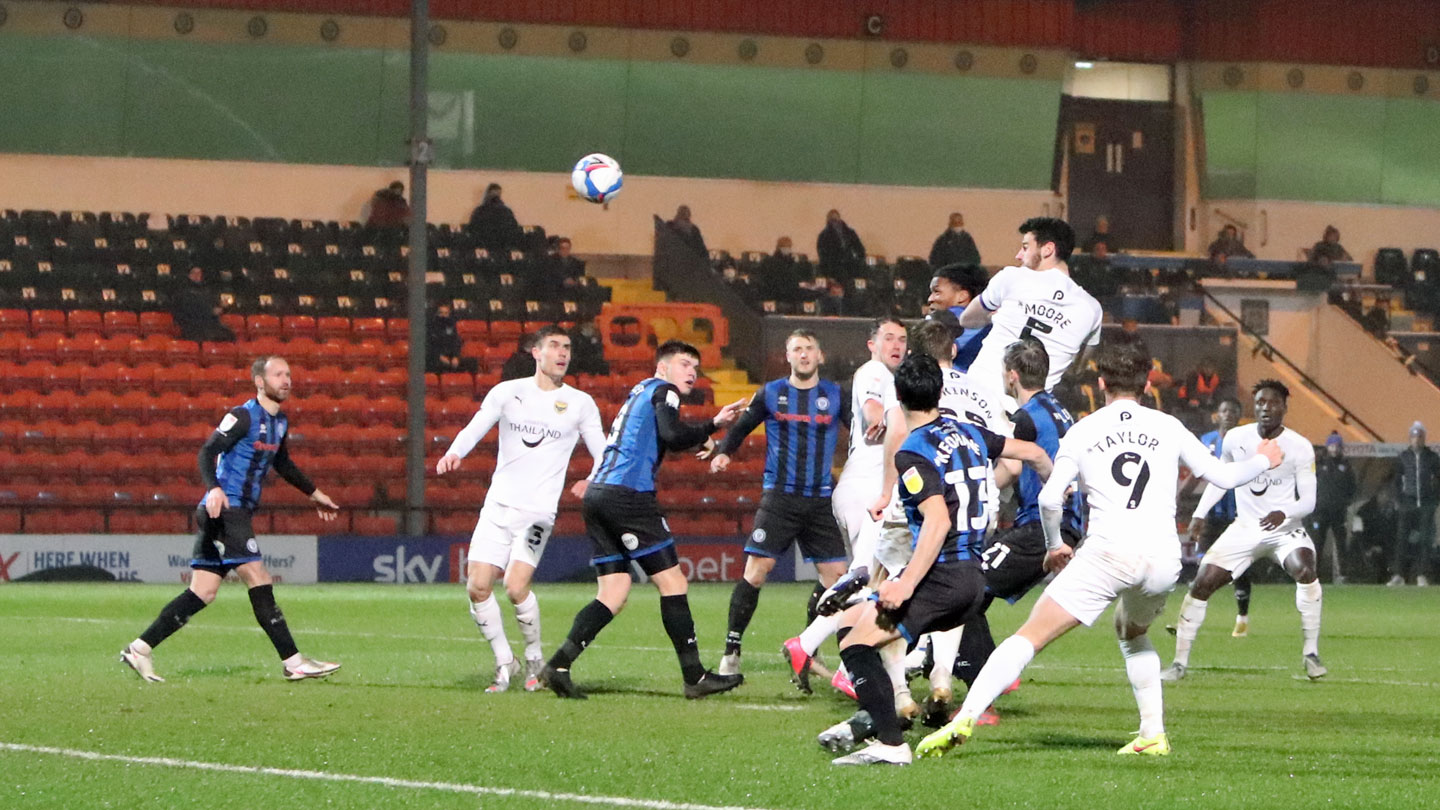 Henry's impact was huge and on 62 he put his side ahead with the best strike of the lot, powering the ball almost through Bazuno from the edge of the box to make it 3-2. Surely United would hold on to their lead this time?

Two minutes later, bobbling ball in the box and 3-3 as Lund bundled home from close range....

The absent Dale fans are missing plenty of goals. A 1-0 defeat at Doncaster interrupted a run that saw a 3-3 draw with Crewe, a 4-4 draw at Charlton, another 3-3 with Wigan and then a 2-2 at Gillingham. Fifteen goals for in six games, 16 against!

That nearly rose to 17 when sub Sam Winnall flashed a difficult twisting chance over the bar with his first touch, but neither side was settling for a draw just yet; the retreating Brannagan somehow intercepted the ball as five Dale players came at him in a line and Moore made a magnificent tackle when Rathbone seemed destined to settle things as he bore down on Stevens on 77.

A terrific game of attacking football between two talented and creative sides. Dale might  have snatched it when Aaron Morley attempted to beat Stevens from half way in injury time, but seconds later Shodipo showed him how to do it, lofting the ball high and over the stranded keeper from 30 yards to win an amazing game. 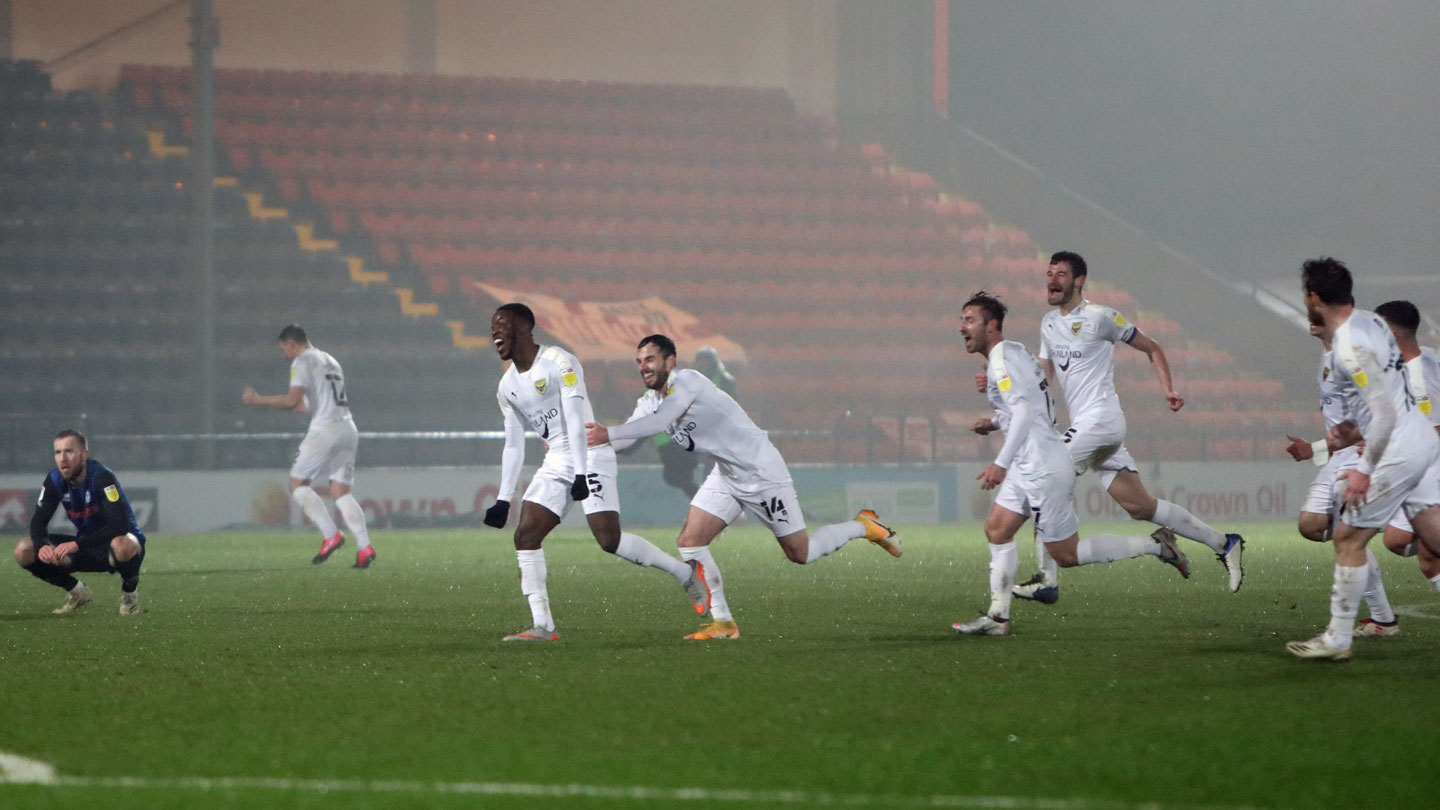