So now we know. If a team that has won seven games in a row takes on a side they have never beaten in 12 previous attempts then the game will end in a 1-0 home win and a perfect January with eight wins from eight games.

It was close though. Closer than it probably should have been. In the end, a Josh Ruffels goal was enough to secure all three points against a stubborn Fleetwood side reduced to ten men from very early in as Charlie Mulgrew was dismissed.

The game swung massively in United’s favour after just six minutes. Alex Gorrin sent the ball curling invitingly into the space between the back line and keeper, and Matty Taylor got in front of Mulgrew who clipped him. Ref Sam Barrott had little choice and United were facing ten men for almost the full game. 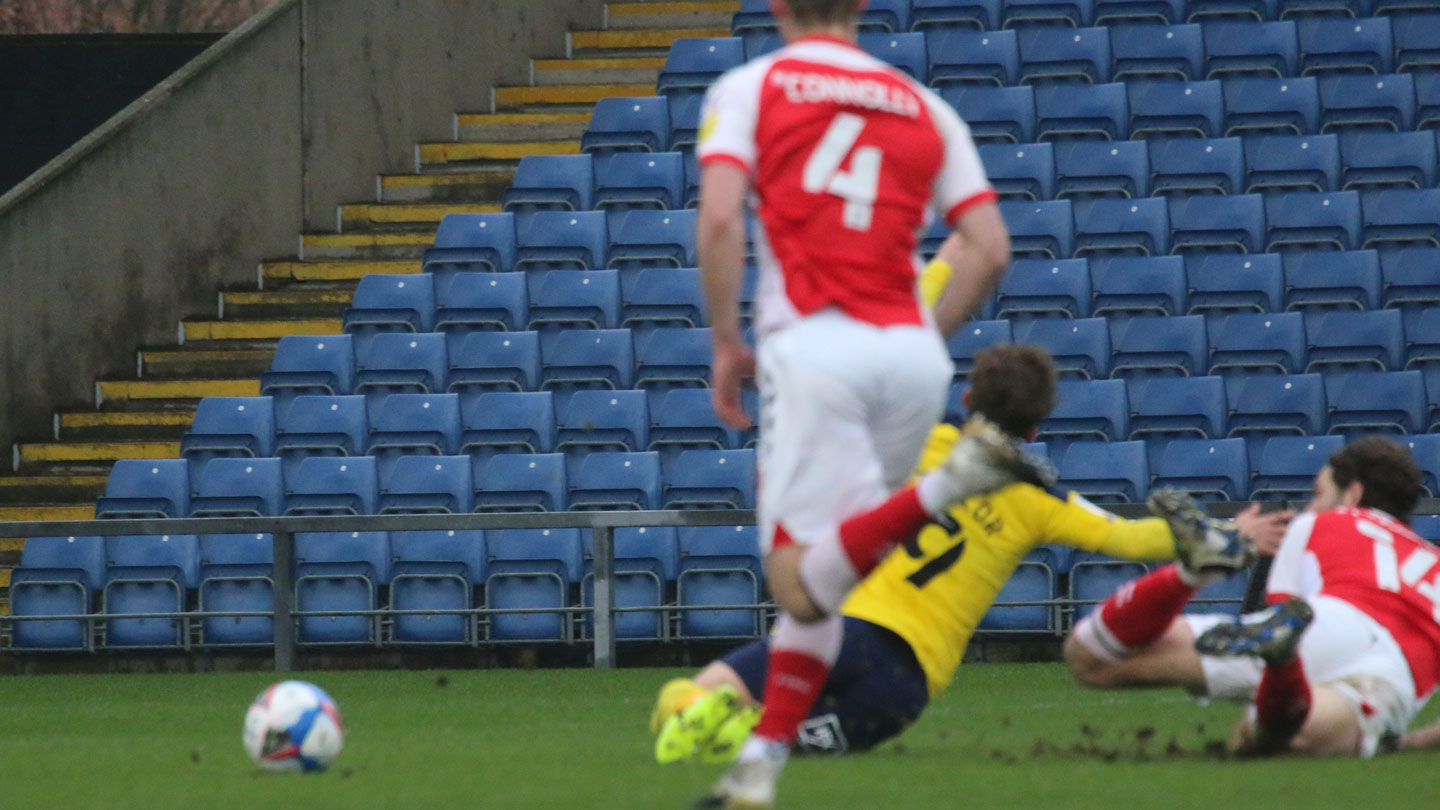 Fleetwood regrouped and camped in their own half, inviting the U’s to break them down. Strangely, it was set pieces where the extra man looked to give United the greater advantage rather than open play. Elliott Moore went close with a header from one of a string of corners and on 27 it was another Henry set piece that paved the way for the opener. Moore met it at the back post, Ruffels popped up in front of the keeper and the U’s had a 1-0 lead: the first time they had ever been in front against the Cod Army. 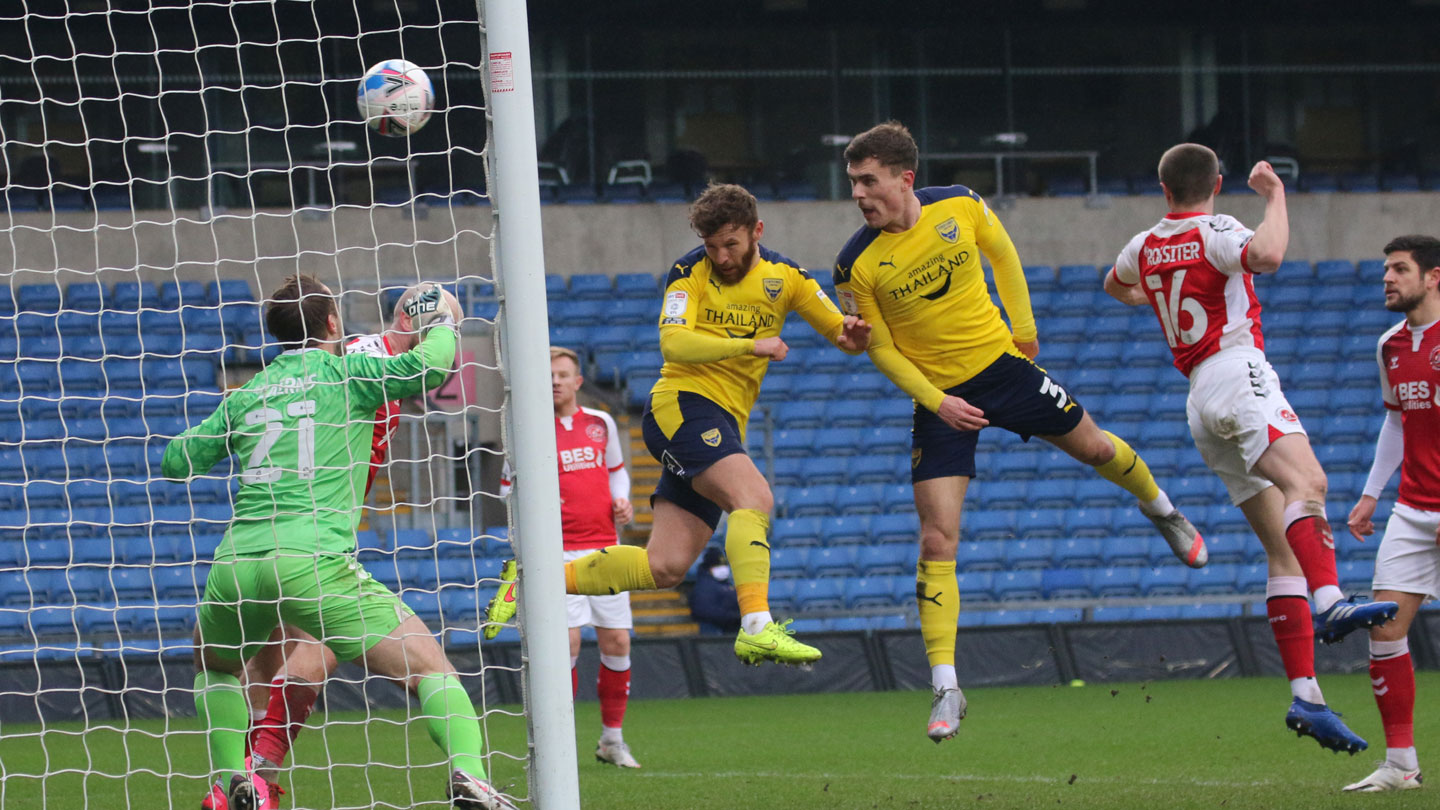 Fleetwood hung in there and defended solidly to ensure they were still in the game. United, urged to keep the ball moving quickly by boss Karl Robinson, got some joy out wide where Mide Shodipo and Sam Long fizzed a number of dangerous balls into the box, but when chances did come there was always a body flying in to block. Still, a goal and a man up at half time: surely 13th time lucky?

They needed a second to kill the game off and almost found it when Cameron Brannagan, who gets better with each game since his return, rattled the crossbar with a decent effort early in the second half, but the need for a second goal was clear when Jack Stevens, until then only required to find a way to stay warm in the biting cold, needed to be alert to save at his near post as a Fleetwood free kick almost got them back into the game.

A triple substitution should have paid off immediately but sub 1, Sam Winnall, saw his first touch bounce off the post and sub 2, Dan Agyei, couldn't poke the rebound into the net with either his first, second or third touches. Would the hoodoo make United rue those missed chances?

A magnificent Moore block denied Paddy Madden as the visitors sensed there was something for them after all. Thankfully not this time. No late 30 yarders, no late drama. Just a solid professional win, another clean sheet and another small step in the right direction.