The Oxford United family was reunited this afternoon as 1,000 supporters returned to the Kassam Stadium to see the U's draw 1-1 with league-leaders Hull City. An early James Henry goal was cancelled out by a terrific equaliser from Greg Docherty but a battling draw was only half the story as the Yellow Army got to see their team for the first time since Lockdown.

A fighting performance on the pitch was encouraging, but the return of the fans was the biggest plus of the day and those 1,000 fans did their level best to create an atmosphere as United started strongly: a ‘Come On You Yellows’ booming out in the first minute and the team ahead on nine minutes to a fantastic, emotional ovation.

It was the excellent Marcus McGuane who started it down the left and then Jordan Obita who moved it on before Henry took over. Invited to shoot, he advanced a step then rifled it beyond keeper Matt Ingram to give United the perfect start. 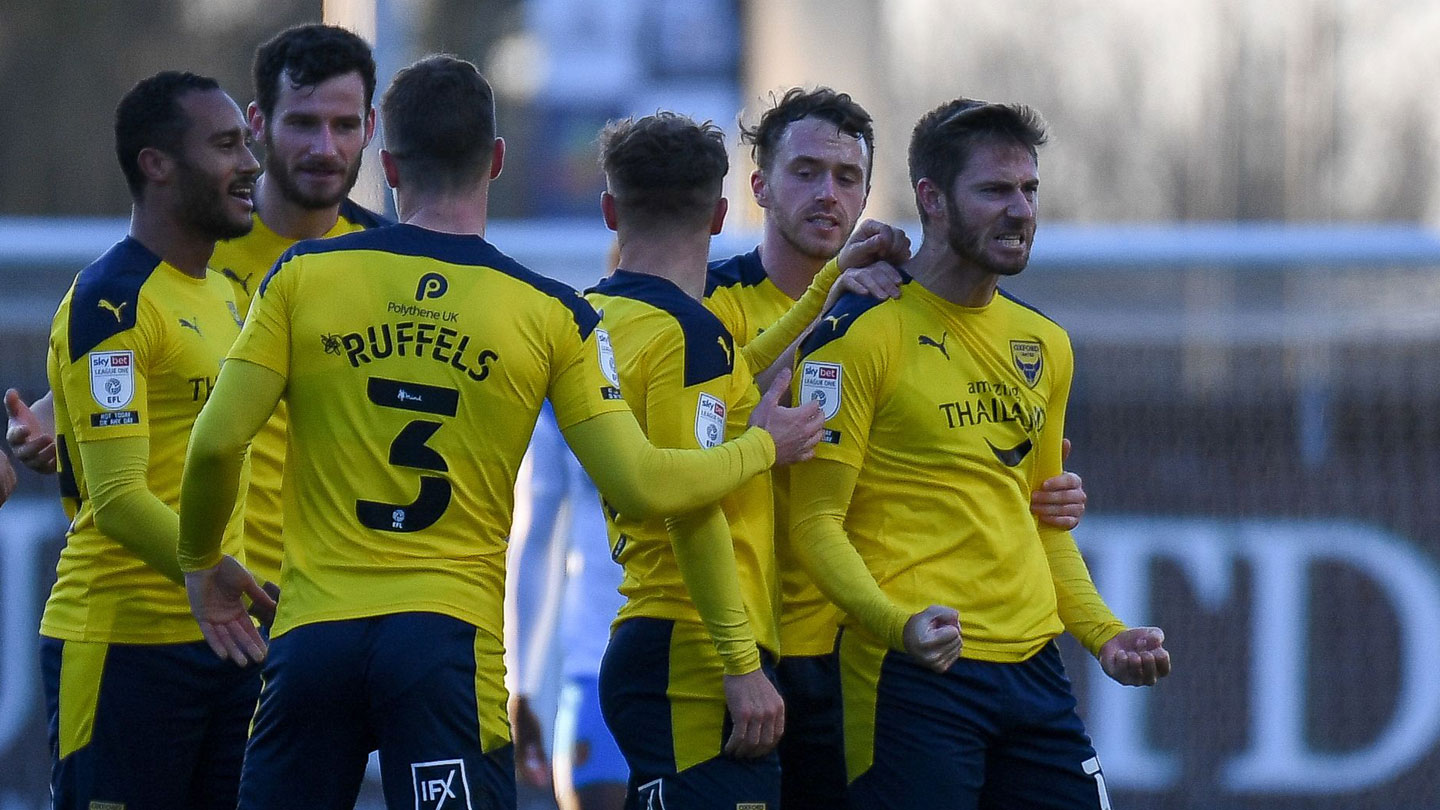 It was deserved as well and United were on top of their game throughout the first half. A head injury wasn’t going to stop the bandaged-up Sam Long after a clash of heads but even that delay in the game didn’t stop United closing down the table-topping Tigers and fighting for every ball.

The magnificent Rob Atkinson - always just one letter away from being an Oxford legend - brought roars of approval whenever he brought the ball out of a defence that was a picture of determination, captain Elliott Moore throwing himself in front of one shot and Alex Gorrin chipping in with a typical full-blooded tackle which earned the first yellow card of the afternoon. Jack Stevens made one routine save from a Mallik Wilks effort on 40 minutes, but otherwise United were rarely threatened before the break and full value for their half-time lead, although the Tigers had come back into the game as the half wore on.

They were unlucky to be pulled back for a free kick ten minutes after the break when an advantage would have seen them in on goal, their frustration doubled when Stevens made a good save to keep Keane Lewis-Potter's free kick out and then trebled when a header smacked against the bar from the following corner.

Lewis-Potter, just two first names away from being a United legend himself, added urgency as Hull came at United after the break, and on 67 the Tigers were level when Docherty showed great technique to volley home a difficult ball after a free kick had once again put United under pressure at the back.

Another clash of heads in trying to clear the goal left Ruffels with a matching bandage to Long's and the fans, sensing that their team needed them tried their best to lift them. It added extra perspiration if not quite inspiration and led to a tense finale, whipped up by a roaring crowd making far more noise than numbers might suggest.

Lewis-Potter headed one last chance over and a draw with the best team in the league shouldn't be overlooked, but on this particular day was definitely overshadowed.

The game reamins the same, but football is taking its first tentative steps back. We look forward to you all joining us for the journey...