The U’s come in to the game after a 3-0 win against Plymouth Argyle that kept the pressure up on the leaders in the National League but they now take a break to continue their cup adventure.

“We went into the game knowing what to do from the last time we played them and executed it well” said Player Of The Match Daisy McLachlan, “If we keep playing how we have been and keep this momentum I don’t see why we shouldn’t be considered as serious contenders to win this league.

“We look forward to the next game in the FA Cup, it is so important for us that we do well in both competitions so we will definitely spend every second we can preparing and planning for that and to hopefully continue this good run.”

Ashford Town are unbeaten in the 2021/22 season with a record of 12-1-0 and a goal difference of +67 and will pose a real threat to the U’s; striker, Ashley Cheatley has scored or assisted in 35 goals in her last 12 games

However Liam Gilbert’s side are in tremendous form themselves and worked hard to beat Fulham, who are in Ashford’s league, 3-0 in the last round.

Oxford United Women bowed out of the Vitality Women’s FA Cup as underdogs Ashford Town pulled off a cup upset with a 3-0 win this afternoon.

In difficult conditions and freezing temperatures United never truly discovered their usual rhythm and were a goal down after ten minutes when a simple  ball over the top caught out their back line and allowed Ashford to take the lead.

United had to withstand pressure after that but did create chances: Sarah King going close and top scorer Beth Lumsdem finding the angle too tight with a good chance just before the break. 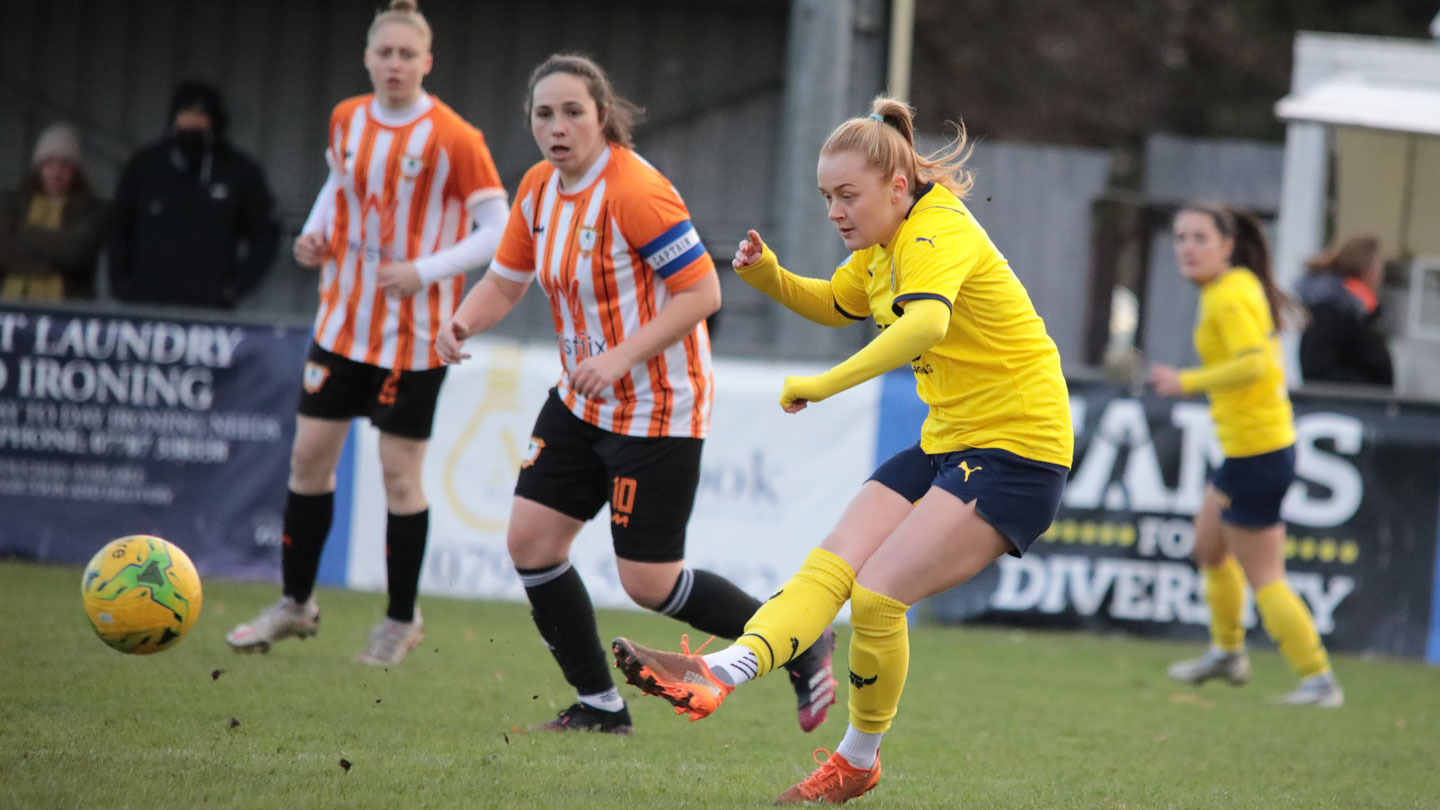 United enjoyed a good spell after the restart with both King and Lumsden going close again but with the wind in their favour Ashford made it 2-0 just after the hour, capitalising on a defensive slip, and then as United chased the game made sure of their progress after 83 minutes with a third goal that made the game safe.

Our congratulations to Ashford and good luck in the next round.