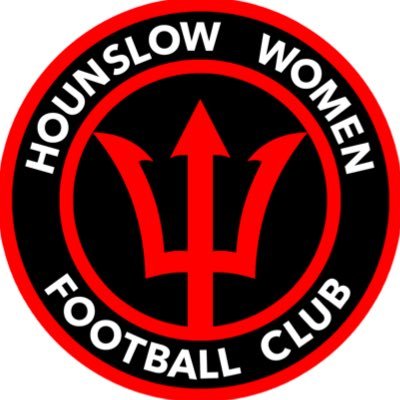 Oxford United Women travel to face Hounslow WFC on Wednesday evening looking to bounce back from defeat last time out, as they enter their final four games of the season.

Liam Gilbert’s side currently sit third in the FA WNL Southern Premier Division, six points behind leaders Southampton, who do have a game in hand on the Yellows. Meanwhile, Hounslow have endured a difficult season and are yet to pick up a single point from their 22 matches.

This encounter was originally set to take place on Wednesday 16th February but it was postponed due to a waterlogged pitch. In the reverse fixture, the U’s secured an emphatic 7-0 victory at Court Place Farm, thanks to goals from Emily Wallace and a hat-trick each for Carly Johns and Beth Lumsden.

Manager Gilbert is looking for a response from his players after a 1-0 defeat against Bridgwater on Sunday. “Wednesday presents a brilliant opportunity to get back to winning ways before two massive games against Ipswich and Southampton.”

He added: “We need to approach the game in a professional manner and not be complacent because of our previous win over Hounslow. They will want to show that they have improved since that first game and it will be difficult I'm sure".

Oxford United Women secured a comfortable 3-0 win against Hounslow Women to keep their promotion hopes alive last night. Lily Stevens, Gemma Sims and Sophie Baker got on the scoresheet under the floodlights at Rectory Meadow.

The win came despite a shaky start to the game. In the 13th minute, some confusion at the back gave Hounslow’s striker a chance in on goal, clashing with U’s Keeper Rose Kite and sending the ball just wide. Kite stayed down and couldn’t play on, so Cat Beaver put the keeper shirt on over her yellow to take on goalie duties.

The Yellows settled and were dominant in the rest of the first half, keeping possession comfortably and giving Hounslow no time to relax on the ball.

15 minutes in, a loose ball from a cross fell to Lily Stevens in the centre of the box, who dispatched calmly on the half volley through the bodies and past the keeper.

From then Lauren Haynes set the tempo of the game, demanding the ball and spraying passes all over the pitch.

Oxford made it two on the 27th minute. A Cheryl Williams corner found Gemma Sims unmarked, who powered her header past the helpless Hounslow keeper.

Centre-half turned stand-in keeper Beaver was vocal throughout and made a superb save diving to her left to keep her deserved clean sheet on 38 minutes.

As the sun set on Rectory Meadow, so too did Hounslow’s chances of getting anything from the game. Just before the break, a Williams shot from the edge of the box stung the palms of the Hounslow keeper. Baker chased down the rebound and snuck an audacious finish in at the near post. Oxford went in at half time 3-0 up and largely in control.

The second half was a different story. Hounslow came out much stronger and tested the United defence. With Stevens down injured, a Hounslow effort caused Beaver some difficulty, who gathered at the second time of asking.

Then, on 53 minutes, a looping shot from the left-hand side floated on to the crossbar for Hounslow’s closest attempt of the game.

United responded well though. Three minutes later Williams jinked past her defender in the box and forced a fantastic save from the Trident’s keeper.

Williams received the only booking of the game on 63 following a tangle on the centre circle. Shortly after, she was replaced by Merrick Will, with Beth Lumsden and Daisy McLachlan coming on for Lily King and Carly Johns.

With just over 10 minutes to go, Lumsden combined well with Megan Alexander, then beat three defenders on the edge of the box and drilled the ball just past the left-hand post.

Hounslow will be happy with their second-half performance, stifling a strong United side with a hearty display. They made three changes, but couldn’t quite find the goal their second 45 minutes probably deserved.

Oxford made their final change at 77 minutes, with Hannah Mackenzie replacing Emily Wallace.

With three games left in the season, Oxford’s chances of closing the gap on the top 2 will be difficult, but United certainly didn’t look defeated in West London. It was a confident and comfortable victory with the Yellows playing some lovely football.

Report and picture by Billy Lawrence