The U's have made a promising start to the EFL Youth Alliance with a 3-1 win at Newport last week moving them up to fourth in the early table with a game in hand over the teams above them.

Striker Gatlin O'Donkor scored two in that game to underline his potential and coach Darren Purse told us:

"We are starting to get a little bit of consistency and you can see the first year scholars adjusting to full time coaching and what it means to be around the training ground every day.

"We've had a good week with no midweek game so we have been able to work on a few things and hopefully we can put in another positive performance on Saturday." 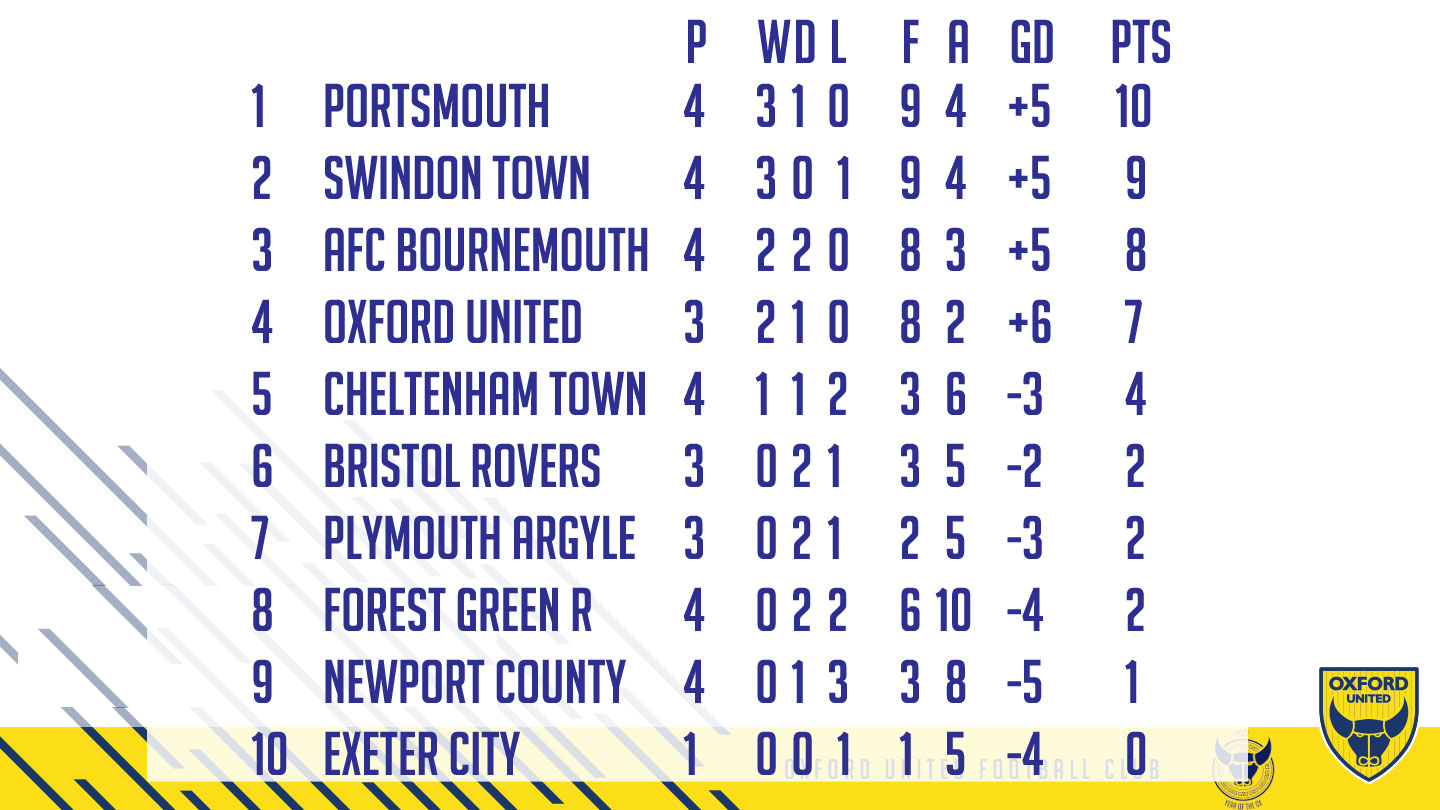 Oxford United u18s continued their unbeaten start to the EFL Youth Alliance campaign with a 3-1 victory against Forest Green Rovers at the training ground this morning.

United started the game well and created two good chances for Josh Anifowose even before he opened the scoring.First, he sliced a shot wide when well-placed and then he hit the post afterAdam Smith headed back across goal to him.

Anifowose did open the scoring after 20 minutes though. United pressed well and forced an error at the back then teed up Anifowose to slide past the Forest Green keeper.

United doubled their lead after half an hour when Gatlin O’Donkor shifted the ball onto his left foot before drilling into the corner from 18 yards following a brilliant run forward by Elijah Coe.

The second half was more of an even contest with fewer chances to report.

With 20 minutes left United won a penalty when Adam Smith’s shot was parried and O’Donkor was felled after gathering the rebound.

O’Donkor stepped up but put his penalty over the bar but the striker  did get his second of the game late on tapping home substitute Ibby Sankoh’s low cross.

Forest Green did pull a goal back late on as a consolation but it was a fairly comfortable win for the U’s.