Oxford United under 18s travel to Cheltenham Town on Saturday with a 10.30am Kick-Off at the CTFC Training ground.

The previous encounter between the two sides saw the U’s winning 4-0 to give them a flying start to the season and a win against Newport last weekend has put the young U’s in to third in the EFL Youth Alliance with a game in hand over league leaders AFC Bournemouth.

Now half way through the season, a win on Saturday morning would keep the U’s in contention for a second title in a row and coach Darren Purse told us:

“Cheltenham are not an easy side to play against and we must have our approach right. We have had a run of good form recently but it’s a big week for us with this game then the FA Youth Cup.

“Reading are a good side too. We will have to be on our A-game to win that one. But the boys have been working hard in training and I can sense they are eager to move on in the league and the cup.”

Keeper Eddie Brearey is now fit again while the U’s will be looking to continue their excellent scoring form: Three goals against Newport made it ten goals in their last three games in all competitions with Gatlin O’Donkor scoring 4, Elijah Coe 3, Adam Smith 2 and Josh Johnson also on the scoresheet. 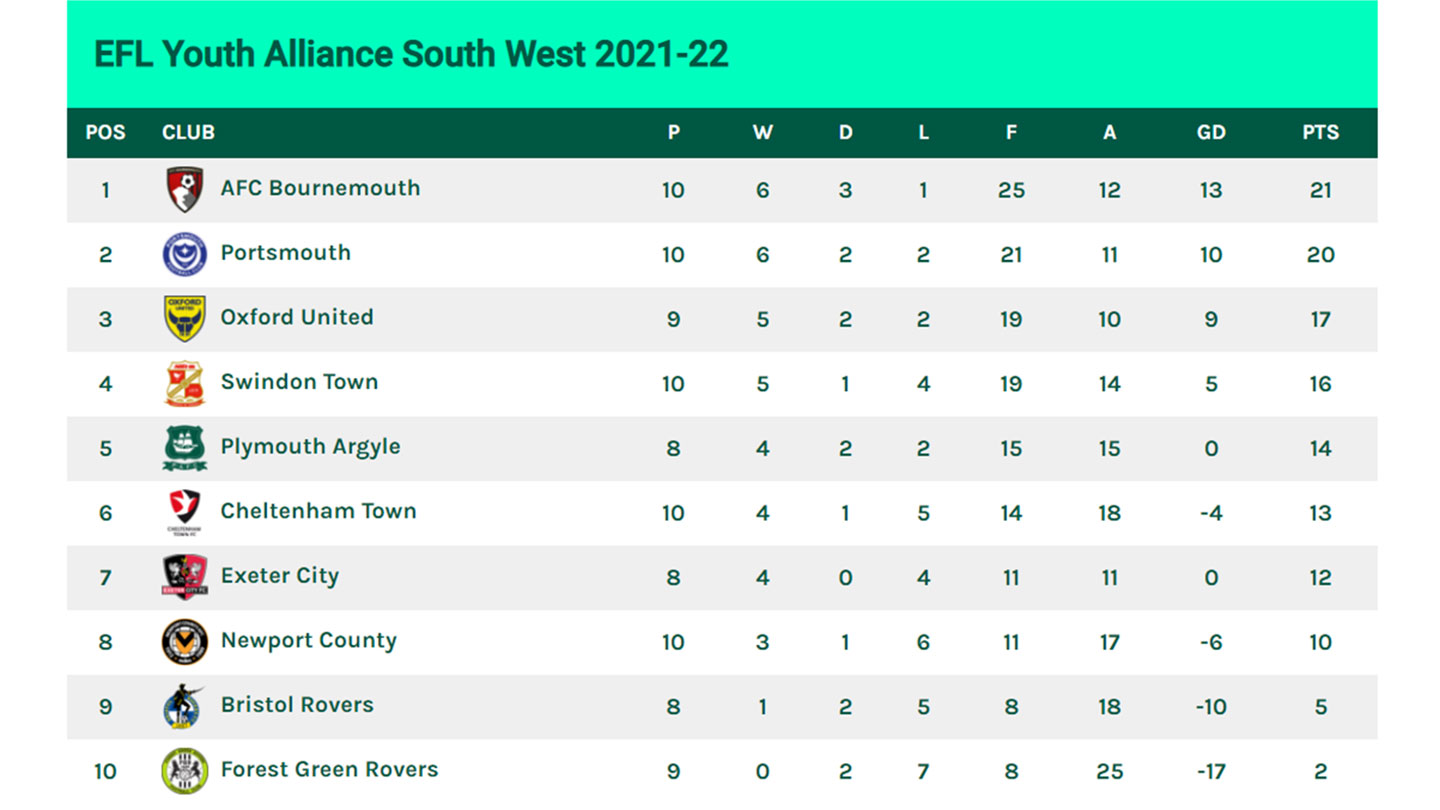 Oxford United’s Youth Team were held to a 0-0 draw away at Cheltenham in the EFL Youth Alliance this morning.

A young Oxford team came away with a point after a tough game away from home, with both teams battling hard but lacking quality in the final third. Cheltenham came forward a handful of times in the game, but due a stand out performance from James Golding and the back four these were quickly extinguished.

Eddie Brearey, back from injury, put in a solid performance to keep the clean sheet and keep the U’s in the game. Amari Davis-Stephenson had a good performance, doing what he could to help the U’s going forward, but unfortunately to no avail.

Coach Darren Purse told us “We defended well to keep the clean sheet, but need to be sharper and take the chances we are given. We perhaps deserved to win the game, but just couldn’t provide the finishing touch”.

The U’s youth team travel to Reading City for their next game in the FA  Youth Cup on Friday.

“We have to match them for energy”, Darren said “If we match their energy, hopefully our work rate will show and we can make it a great game of football. It is a huge occasion for the players, they understand its importance and making it through that stage will lead the team to maybe play both Championship and Premier League sides, but we need to take each game as it comes and focus now on Reading.”

The U’s currently sit in third in the table, with a game in hand on both teams above them.