An Adam Smith hat-trick in the second half was the highlight as Oxford United’s under 18s beat Leyton Orient 5-0 at the Oxford Sports Park on Saturday.

Since winning their EFL Youth Alliance League the U’s have used the under 18 matches to take a look at a number of their promising under 16s but it was second year scholar Jack Gardner, the captain of the team this season, who put them into the lead with a shot from the edge of the area in the first half. 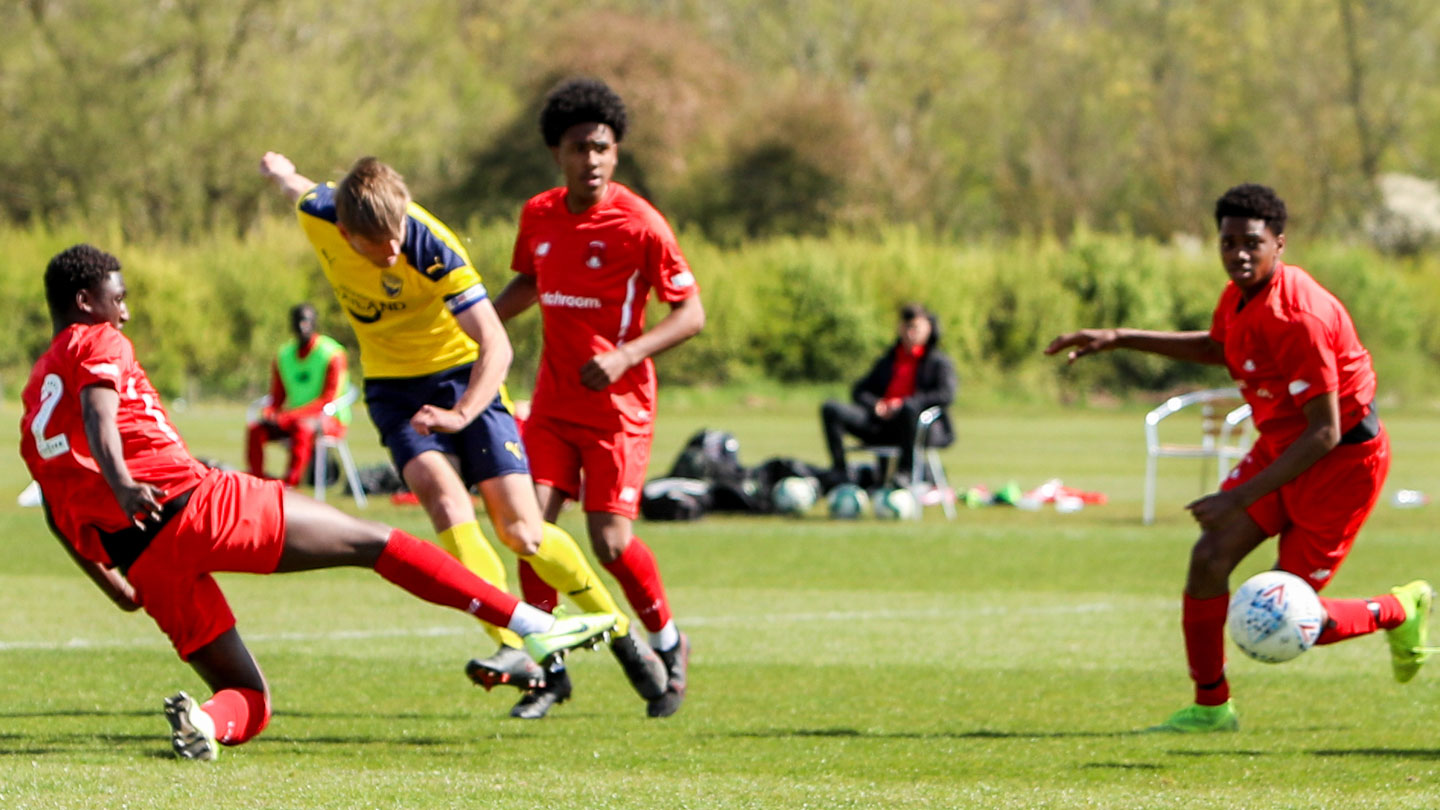 Tyler Goodrham celebrated being offered a professional contract by scoring a well-taken second before the break before Smith stole the show with three strikes after the break as Coach Chris Hackett explained: 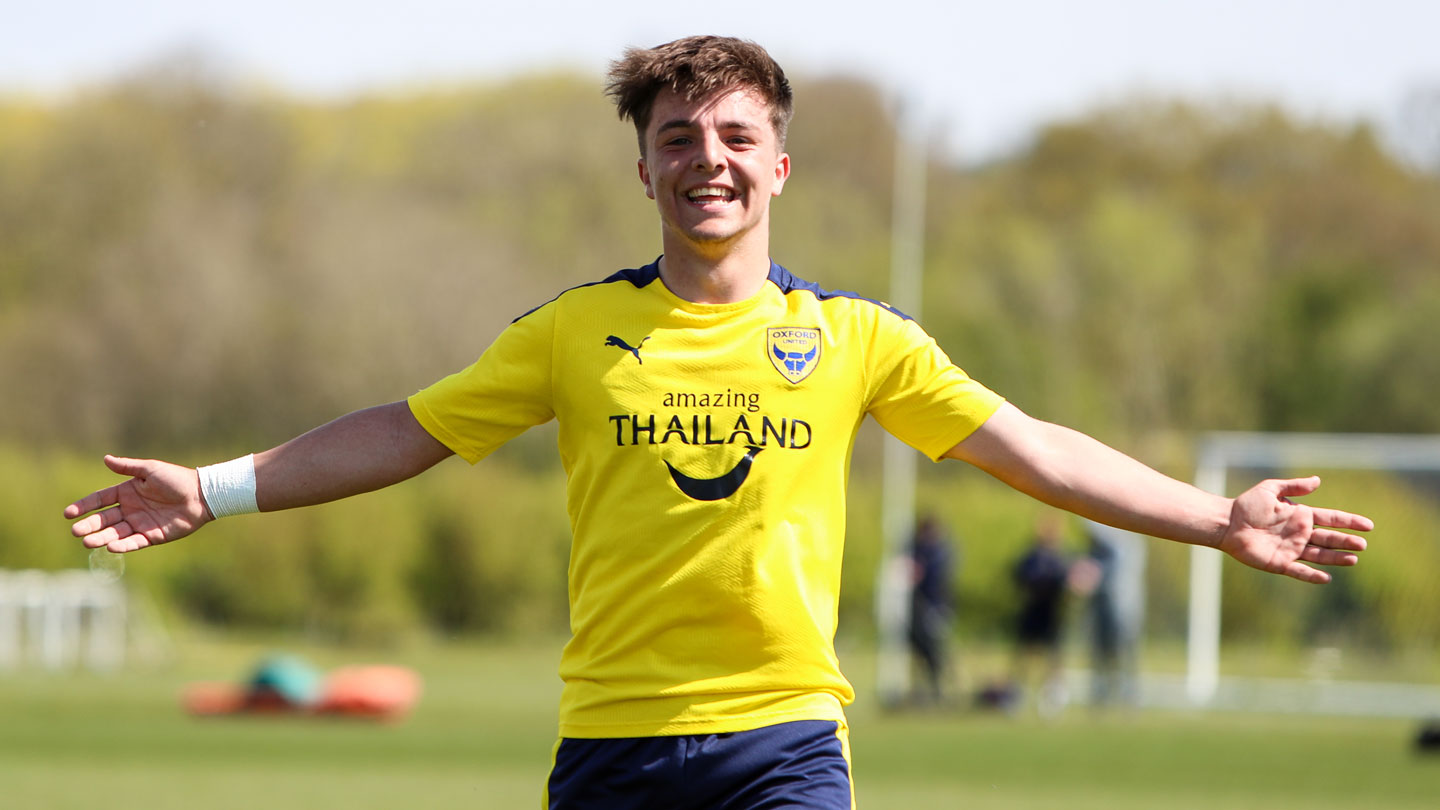 “Because it’s a slightly different squad and we are trying a few new ideas we started a little bit slowly but we were still doing well and Jack and Tyler had got us two up at the break so we were fairly comfortable .

“Adam had been playing out wide but he is just as comfortable through the middle and proved that when we moved him there for the second half. His pace and his power proved a little bit too much for Orient and he took his goals really well- a second half hat-trick to cap a really good performance for all the lads. 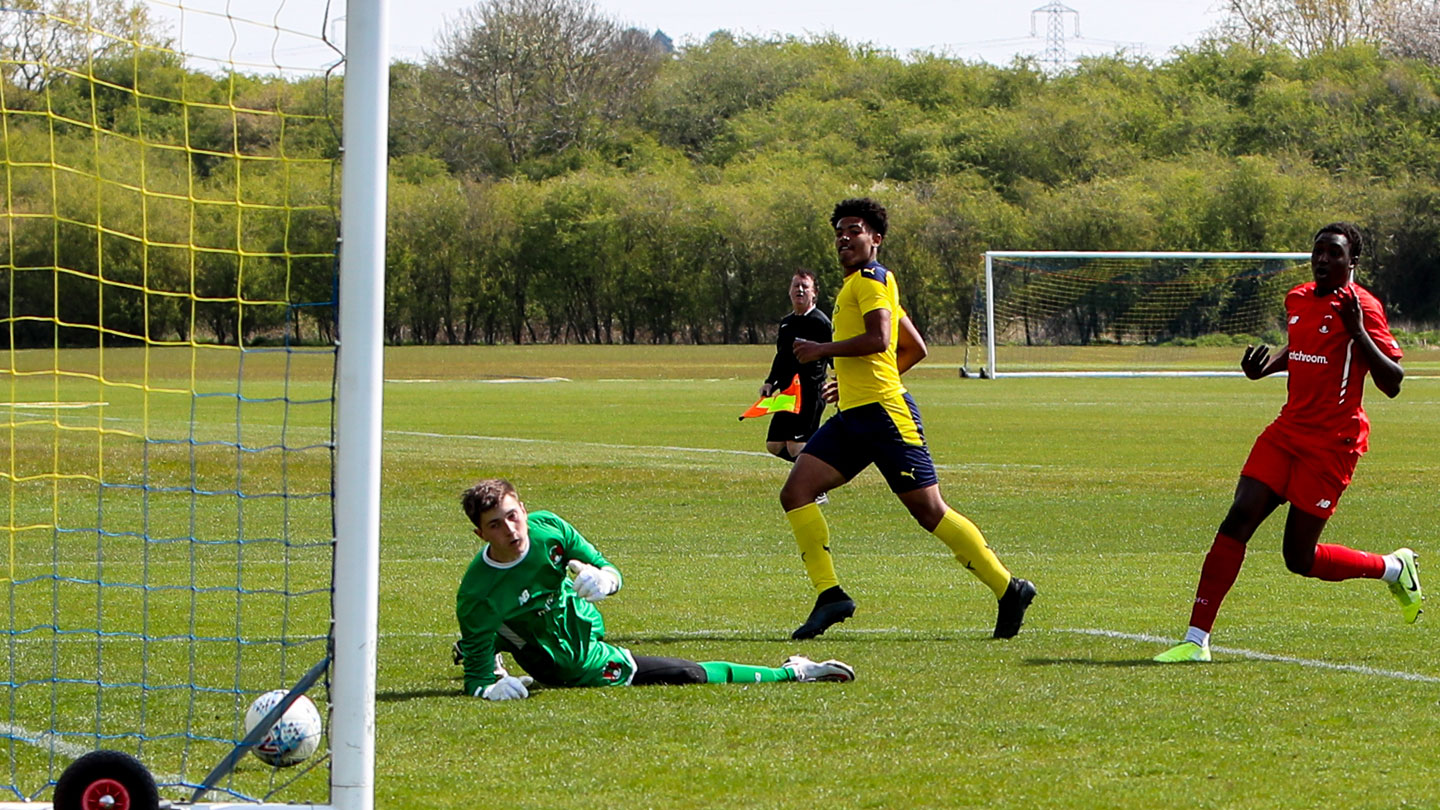 “Lots of positives for us then and we have another game tomorrow against Gillingham at home where we will try to carry our good form on while also always having next season as our main focus.”