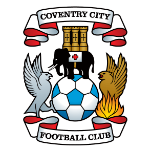 Oxford United welcome Coventry City to the Kassam Stadium on Saturday (3pm) for their first home friendly of pre-season.

TEAM NEWS
United have won every friendly so far and have remained relatively injury free. Sam Long will miss the game, and Tuesday night's home game against West Brom, but should be available by the start of the season, while trialists Jerome Sinclair and Jodi Jones are both likely to feature after impressing in training and in their appearances so far.

"It will be a good test for us," Karl Robinson told us. "Each game has become slightly tougher so far and Coventry are a strong side with a good manager. They are at the same stage of their pre-season as us; the teams we have played so far have been at different steps in their progression depending when their own season starts. So Saturday will be a chance to see how we go against Championship opposition."

THE OPPOSITION
The Sky Blues are also in good form in pre-season with four wins from four games, including an 8-1 win over Wolves Under 23s on Tuesday.

Coventry have former United defender Todd Kane in their squad.

VISITING FANS
Please park in the West Car Park - the one closest to the cinema and bowling complex at the fence end of the ground.
GUEST OF HONOUR
We have a special guest at the game, with Ryan Lafford leading the teams out. Ryan was diagnosed at the age of four with acute lymphoblastic leukaemia. After a long time in hospital he lost all ability to walk and worked extremely hard to get back on his feet again to start school in September. Ryan has undergone three years of treatment and has come on massively, overcoming fears and gruelling treatment, but it’s his love of football and his friends that have kept him pushing through.
Before kick-off Ryan will be ringing a bell to signify that he has completed his treatment.
For further information on signs and symptoms of leukaemia, visit: https://www.leukaemiacare.org.uk/support-and-information/information-about-blood-cancer/blood-cancer-information/signs-and-symptoms-of-leukaemia/
PROGRAMME
Tomorrow's programme is a taster for the new look matchday programme, and folds out into a poster with the fixtures for the season ahead. Available all around the grond, the programme is just £2.
WEATHER WATCH
With temperatures rising this weekend we ask all supporters to be sensible:

Oxford United lost for the first time in pre-season as two goals from new signing Jonathan Panzo gave Coventry City a 2-0 win at the Kassam Stadium this afternoon.

Panzo, a former Chelsea Academy player, scored in both halves on his debut to make it five wins from five friendlies for Mark Robins' side this summer, while the new-look U's found their Championship opponents a hard side to break down.

United, in their brand new home kit, gave Jerome Sinclair a chance to impress as a trialist up front and he almost made the most of that after ten minutes when some slick passing from James Henry allowed the striker to work enough space to curl a clever shot across visiting keeper Ben Wilson.

Unfortunately the ball came back off the left-hand post and was cleared by the relieved Sky Blues defence, who then had most of the possession for the rest of the half.

It took a superb save from Simon Eastwood to deny Matty Godden, skipper Elliott Moore made two brave blocks from Viktor Gyokeres, injuring himself in the second and being replaced by youngster James Golding, but Coventry were applying pressure and after half an hour were ahead when new signing Panzo found space to plant a header past the exposed Eastwood. 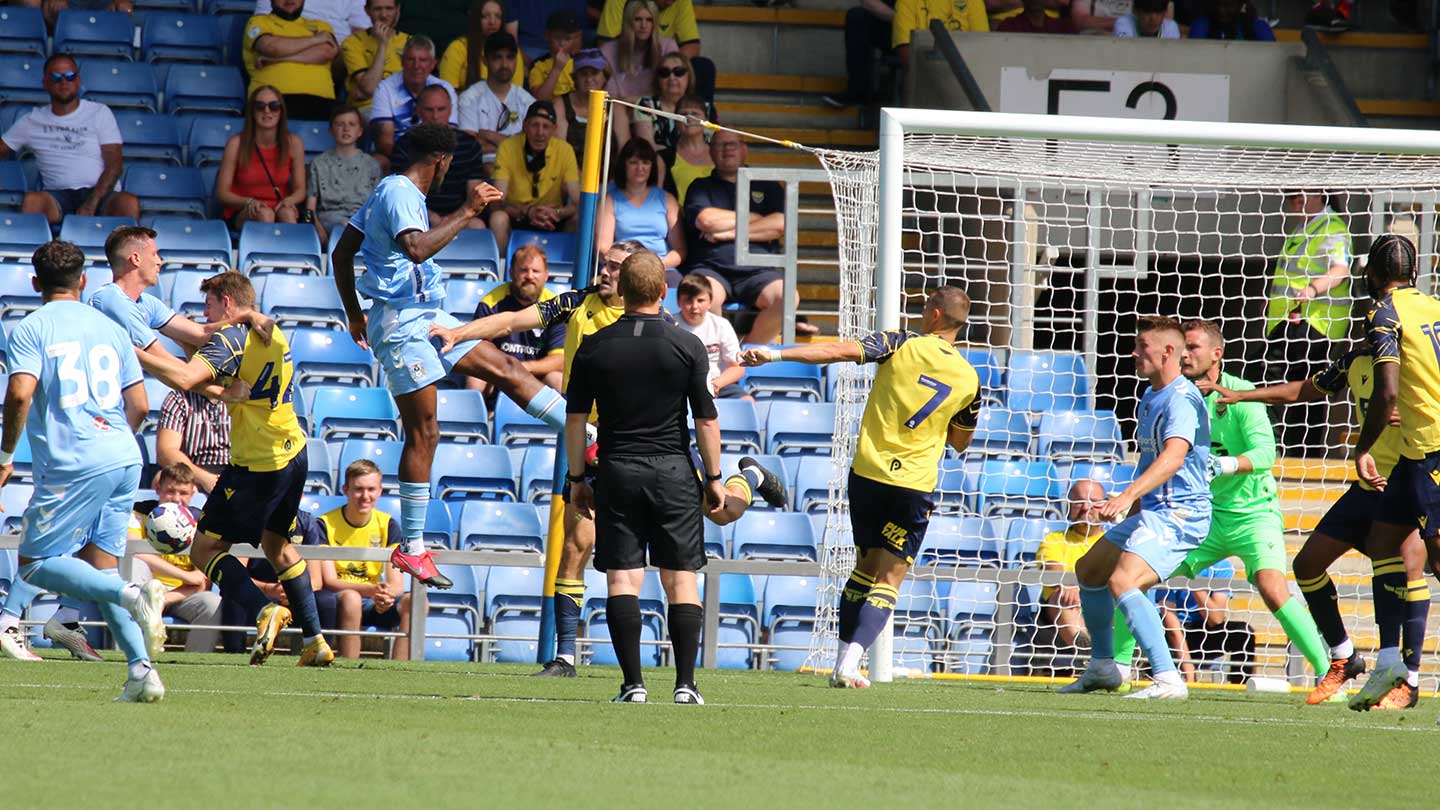 Gyokeres went close with a low drive soon after but United rallied after the break and Cameron Brannagan fired just wide of the mark as they sought a way back into the game.

Again, having gone close, they then conceded. They were fortunate on 54 when Golding crashed a clearance into Ciaron Brown and Eastwood had to claw the ball back from on the line as it looked destined for the net, but as we approached the hour mark Panzo powered home a Gustavo Hamer corner and it was 2-0 to the Championship side.

Ciaron Brown forced Wilson into a good save on 70 as the centre-half's towering header powered towards the roof of the net, but for once United hadn't created their usual glut of chances, understandable against a side from the division above.

No great harm done in defeat and lessons learned from a tough 90 minutes in the punishing sun. Our best wishes to Coventry for the new season.

United now take on West Bromwich Albion at the Kassam Stadium on Tuesday night, with all profits going to the Joey Beauchamp Trust Fund.