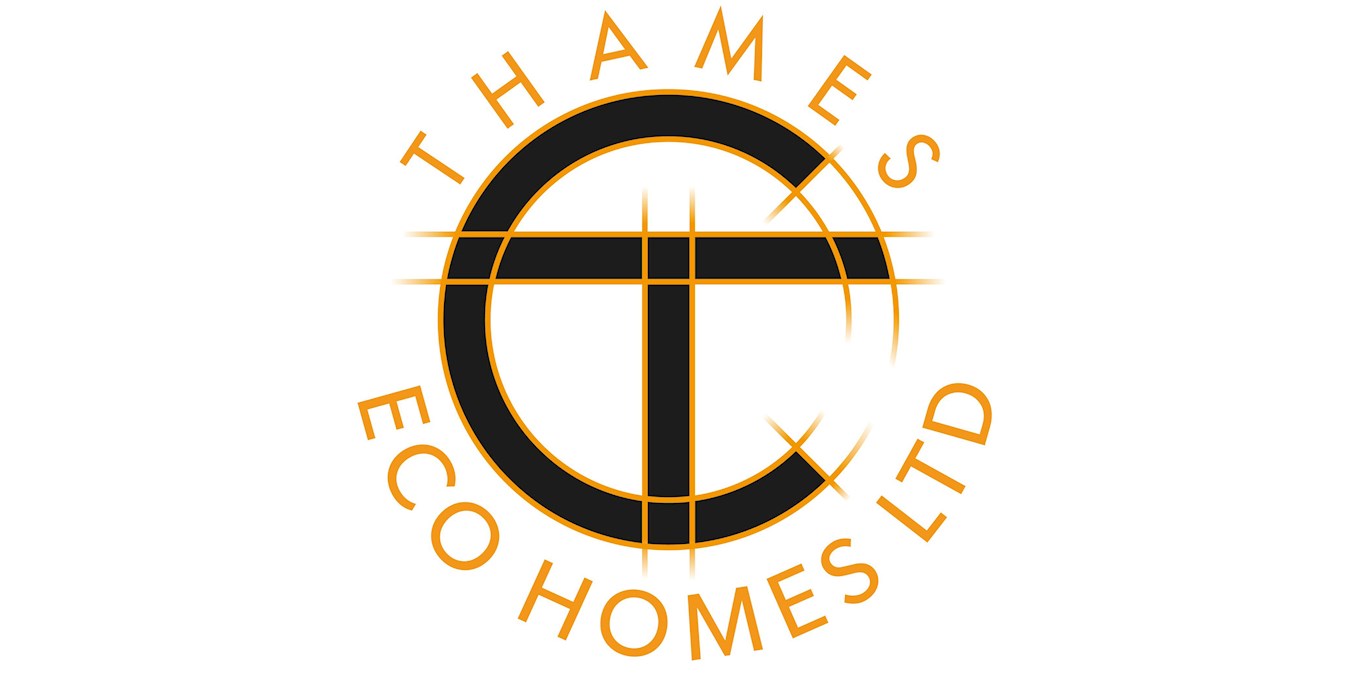 TEAM NEWS
The U's welcome back Cameron Brannagan after illness. The midfielder missed last Saturday's 3-1 win over Morecambe but has returned to training and will be back in the squad although Jack Stevens is still out as he recovers from illness.

THE OPPOSITION
Joey Barton believes his side are on the right track after a win at Harrogate last Saturday made it four unbeaten on the road.

“We’ve gone from not winning away for a year to unbeaten in four on the road so that for me is a sign of progress. Good signs are coming. We’ve got a lot of hard work to do, but we’re four unbeaten on the road and that is progress from where we were.

"Sometimes such circumstances can create a siege mentality in a dressing room and pull everyone closer together, which I’m pleased to say seems to have been the case.” 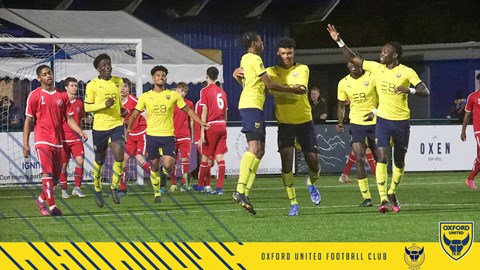 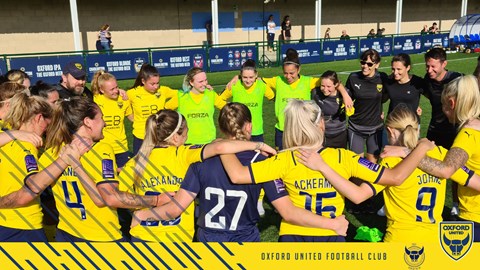 
Prices have been reduced for this game with £5 off an adult ticket price and reductions for Over 65s and all fans under 21.

Tickets are available from oufctickets.co.uk or by calling 01865 337533 during normal office opening hours. Please note that the Ticket Office is closed on Saturday but will reopen at 10am on Sunday. 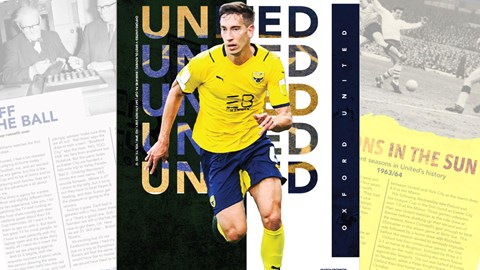 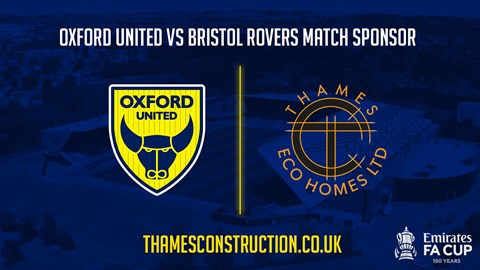 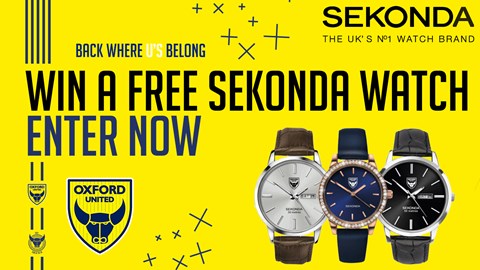 The OX2, OX3 and OX7 buses provide easy, affordable transport to and from home games and we are pleased to say they will be running on Sunday. Because of the early kick-off the timetables are adjusted to

PARKING
There are circa 2,000 free parking spaces at the stadium but we ask everyone to arrive early and park legally. Away fans-  Please park in the West car park - the one closest to the cinema and bowling complex at the fence end of the ground. There will be no movement from one end of the ground to the other behind the North Stand.
VISITING FANS
Click here for a full away fan guide:2021 away guide.pdf
FAMILY
Click here for a full guide to bringing your family to the Kassam Stadium: 2021 family guide.pdf
COVERAGE
Sadly, the rights to broadcast the FA Cup mean we are unable to stream Sunday's game either in the UK or overseas. However we are able to bring you full commentary in iFollow thanks to our friends at BBC Oxford
You can also follow the whole game on twitter through @OUFCOfficial or on our Instagram page and we will have a full match report and Gallery right here on the final whistle. 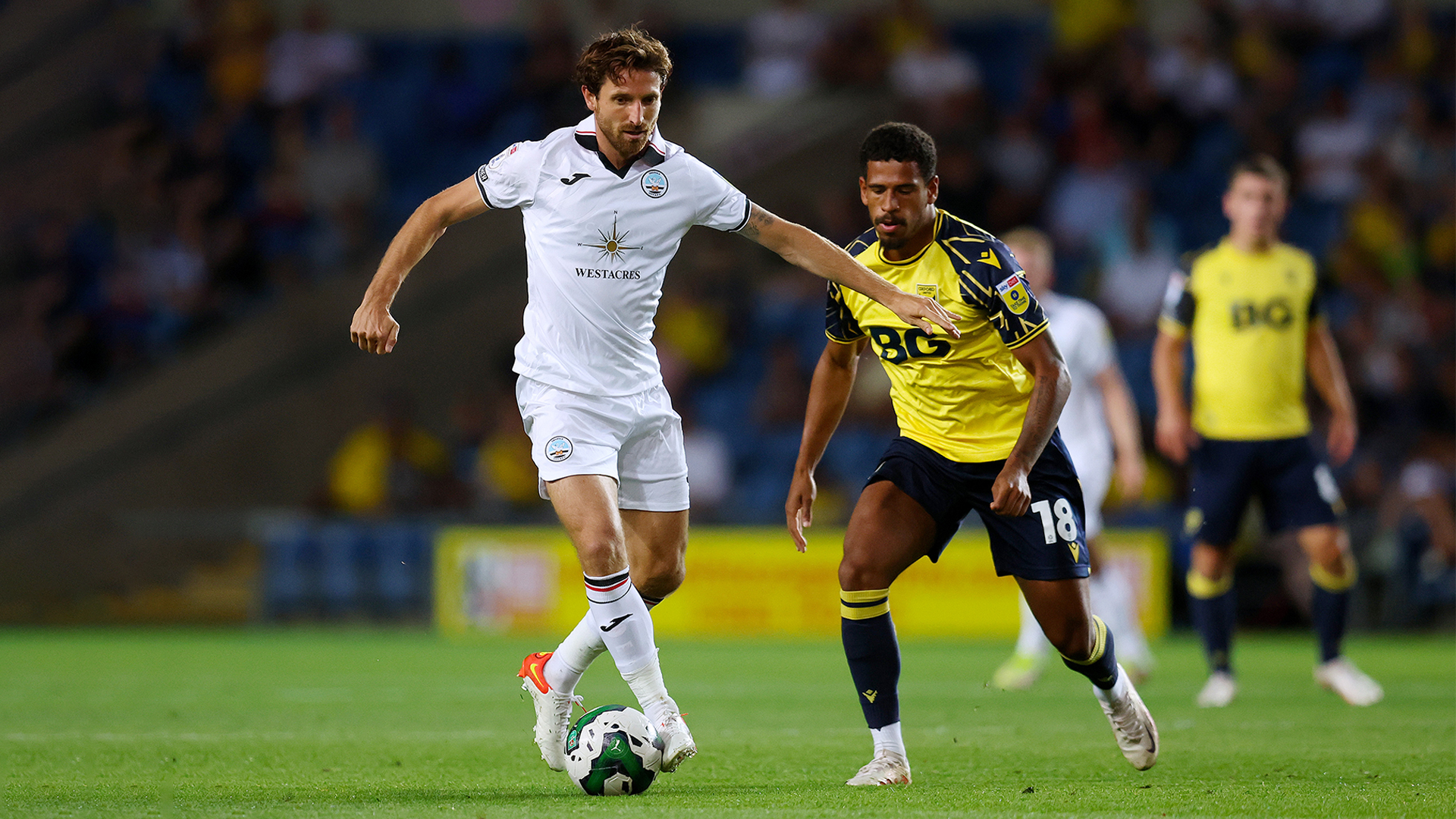 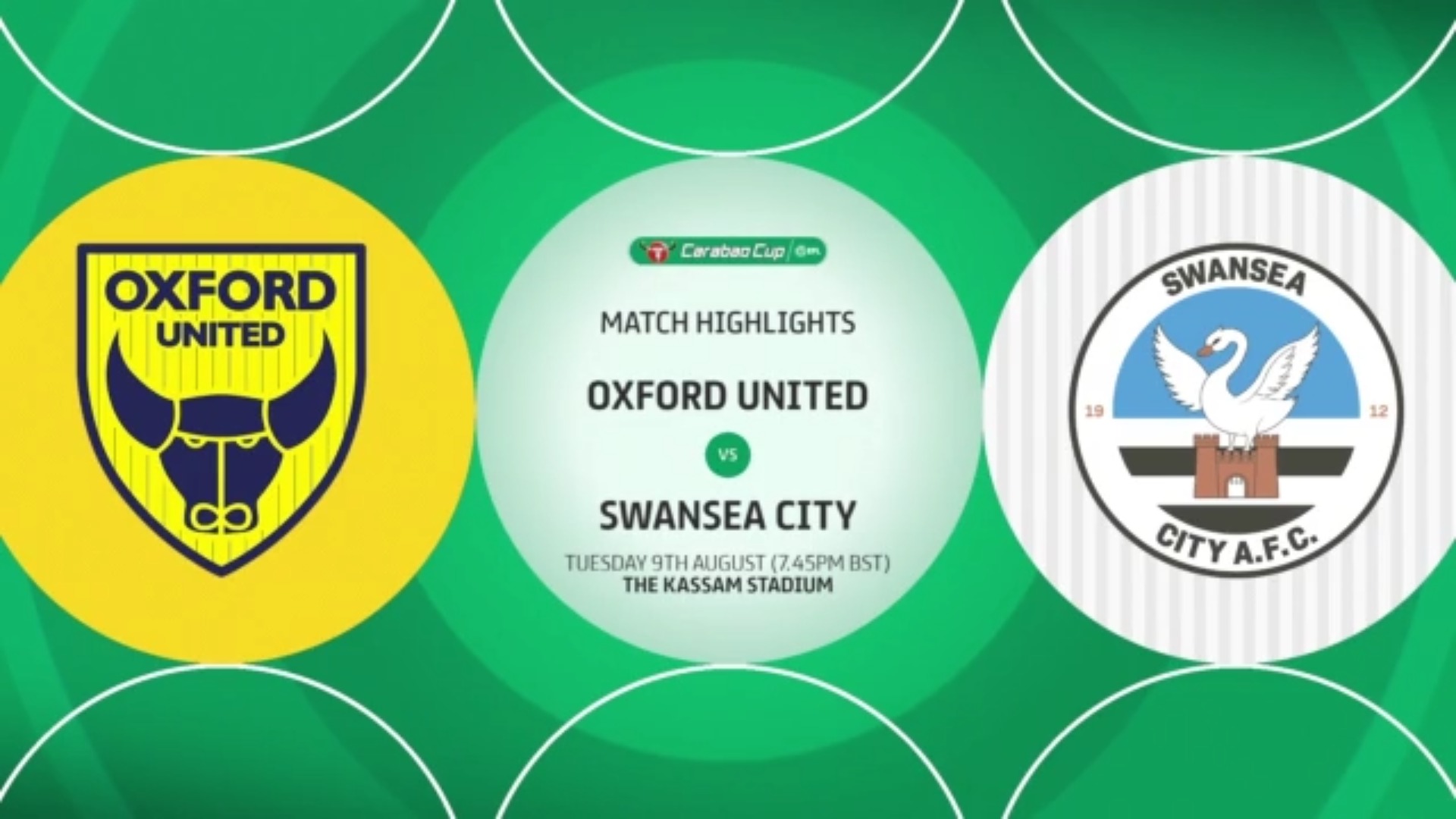 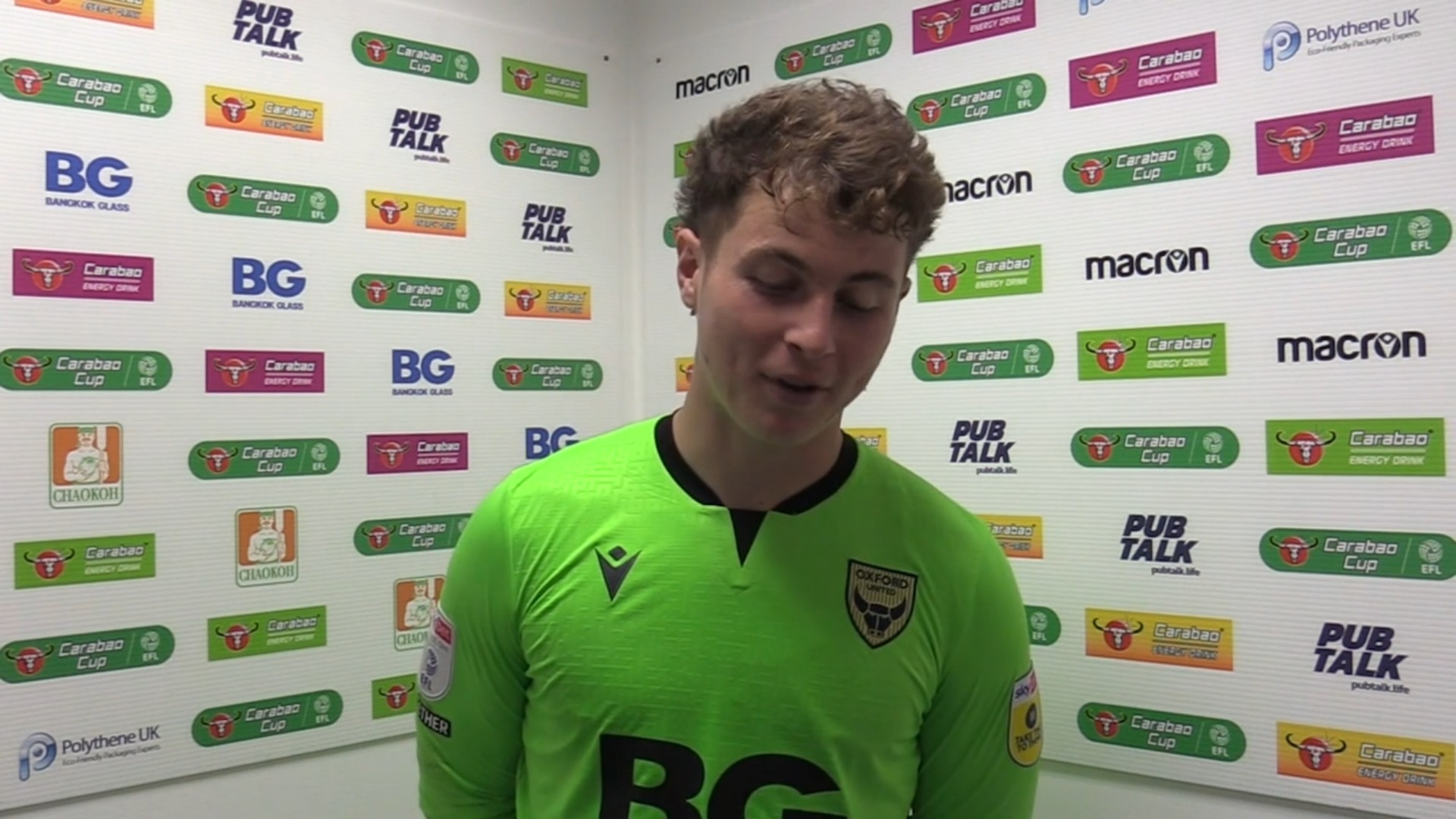 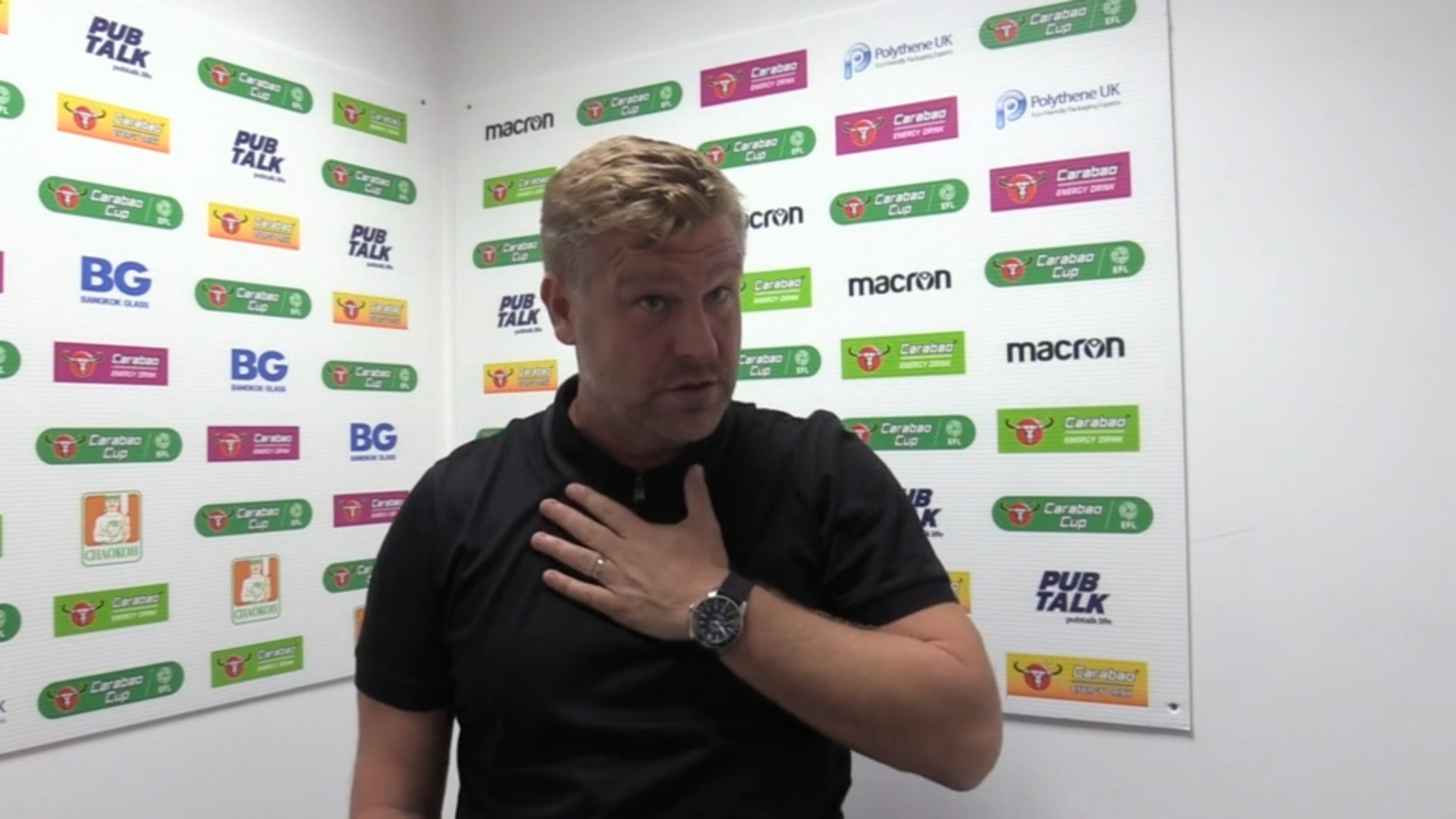 Oxford United will need to travel to Bristol for a replay after an Antony Evans penalty with four minutes to go earned Bristol Rovers a 2-2 draw at the Kassam Stadium.

United led twice, first through a Matty Taylor goal which Sam Finley equalised, and then through a Marcus McGuane strike which looked like sending them through. However, Rovers kept going at them and got their reward when Evans levelled from the spot to give the sides a rematch in nine days time.

Taylor and Sykes had early efforts before Taylor notched the inevitable opener after just ten minutes, applying a simple finish to an excellent ball across the six yard box from the terrific Mark Sykes. 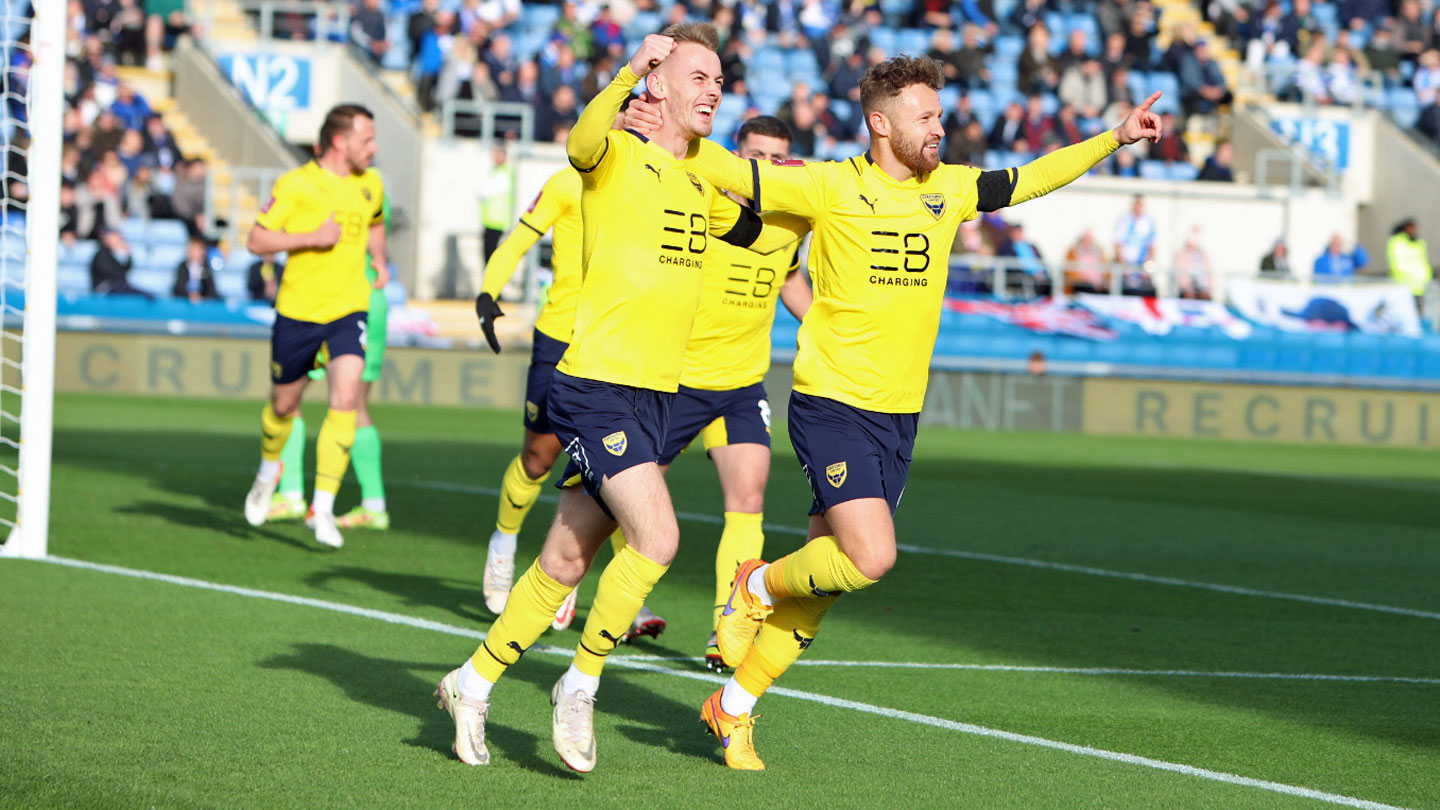 That goal opened the game up nicely and set up an excellent cup tie. Rovers responded well and went close when Antony Evans clipped the outside of the post before Simon Eastwood made a wonderful save to touch a rising effort from Paul Coutts over the bar, Sykes bravely heading the ball off the line from the resulting corner.

Taylor was always going to be the centre of attention - winning Player of the Month, scoring the opener and sparking a kerfuffle when booked for a robust challenge after half an hour - but there was some admirable football from those around him as well; Sam Long made an excellent block to keep the goal lead and Cameron Brannagan adapted to play the holding role with real class after Alex Gorrin hobbled off early in the game.

However, Rovers defended resolutely and kept finding good positions around United’s box. They caused more problems than many League 1 sides have done at the Kassam Stadium this season, and when Finley seized on a loose ball at the back of the six yard box and fired back across the helpless Eastwood, the teams were level at 1-1 at the break.

Karl Robinson will have had a few words to lift his team at the break and to be fair to them, kicking towards their own fans, United responded. A little bit of extra tempo got them going, Ryan Williams adding energy in attack and early in the second half driving at the Rovers defence and feeding Taylor inside the box. His clever flick sent McGuane beyond the visiting defence and his excellent curling finish was beyond keeper Belshaw and into the top right corner to make it 2-1. 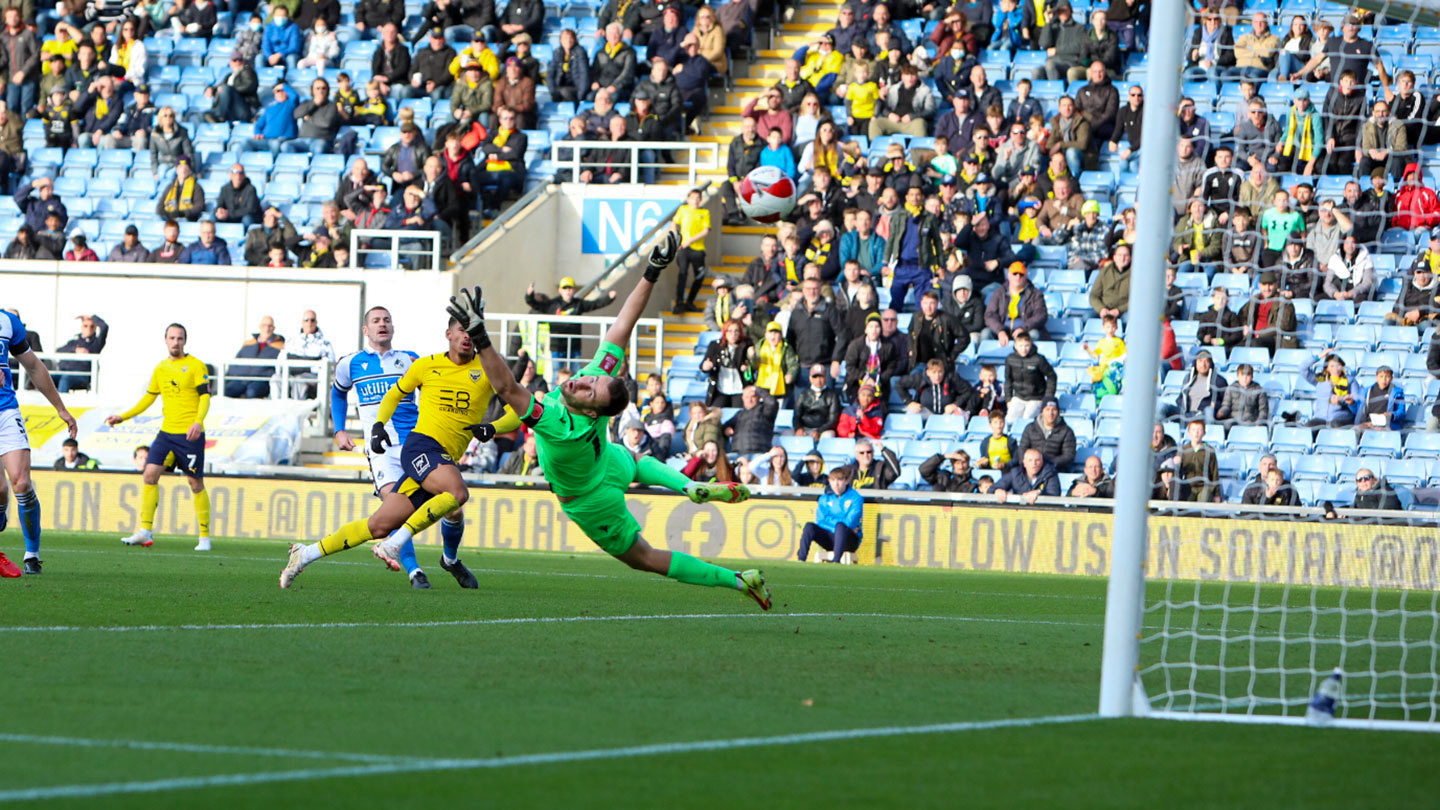 Back came The Gas, and it was Eastwood to the rescue as he got a boot to a goalbound effort from Sam Nicholson after 55 minutes to preserve the lead.

United should really have been dreaming of who they would be facing in the next round, and for a spell they threatened to run riot. Whyte headed three yards wide when one yard out and Brannagan was only denied Goal of the Season/Goal of the Competition (previous 149 years included) when his effort from half way was just about tipped over by the backpedalling Belshaw.

Sykes also hit the bar after dribbling across the face of the Rovers penalty area and Taylor was desperately unlucky when his dipping volley cleared Belshaw but struck the right hand post on 65 minutes before a clever turn and low shot struck the same upright 30 seconds later.

The well-documented magic of the cup meant that Rovers were never out of it, Eastwood again saving bravely at the feet of Nicholson as the game remained annoyingly end to end. Then with time running out, sub Jamie Hanson thundered into a challenge and caught Aaron Collins. Evans drilled past Eastwood and a replay is required.

A good game of football, fiercely contested, and both teams in the hat for Monday night's draw for the second round.

With the U's in great form at the moment Sunday is a great chance to come along and get behind Karl Robinson's side as they kick off the FA Cup at home to Bristol Rovers.

Prices have been reduced for this game with £5 off an adult ticket price and reductions for Over 65s and all fans under 21.

"I thought the fans were amazing on Saturday" Karl told us after his side beat Morecambe. "They came aong and really helped us when we needed them. The FA Cup is still a fantastic competition and we know Rovers will bring plenty of fans so it should be a great atmosphere again. We're really looking forward to it."

Tickets are available to buy NOW from oufctickets.co.uk or by calling 01865 337533 during normal office opening hours.

Season Ticket holders should note that the deadline to buy their usual seat has been extended to 5pm today,  Monday 1st November.

The OX2, OX3 and OX7 buses provide easy, affordable transport to and from home games and we are pleased to say they will be running on Sunday. Because of the early kick-off the timetables  are adjusted to 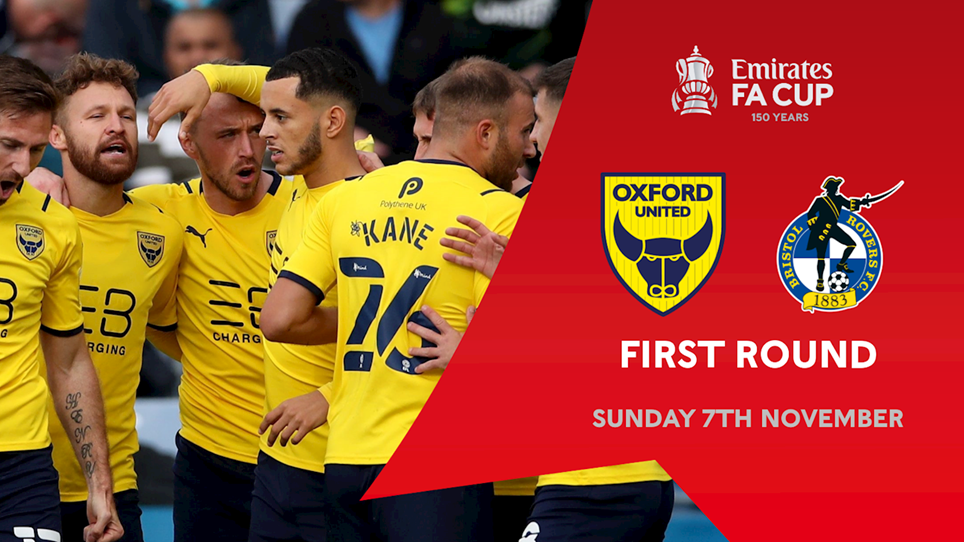