​TEAM NEWS
United are without the suspended Herbie Kane who misses the last of his three games after a red card while Jordan Thorniley has been recalled by parent club Blackpool.

Luke McNally steps in for Thorniley and Ryan Williams returns to the squad after the dafe arrival of his son last Saturday but United are still without James Henry, Jamie Hanson and Alex Gorrin through injury.

THE OPPOSITION
Caretaker boss Steve Lovell is in temporary charge after the departure of Steve Evans.

The Gills are without a win in their last 13 league games - 16 in all competitions - but Lovell remains positive:

“I concentrate on the future, not on the past,” he said after a goalless draw at home to Shrewsbury Town on Tuesday. “It is a point in the right direction. Saturday is a massive game against Oxford and Tuesday (at home again) will be even bigger against Crewe.

“If we can get seven points out of three games now I would have taken that. It's nice that we are at home and the fans were excellent on Tuesday. We need everyone to be positive, there is no other way."

Gillingham should have leading scorer Vadaine Oliver available again. The striker was absent on Tuesday as his wife gave birth to a son but fellow striker John Akinde has this week joined Colchester United. 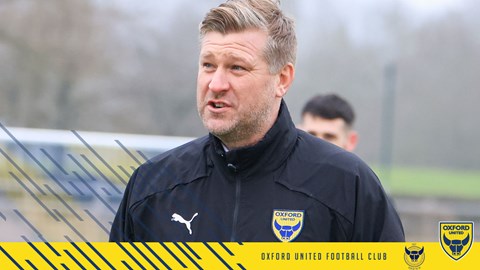 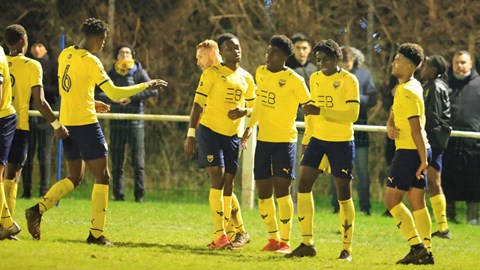 Under 18s travel to Swindon 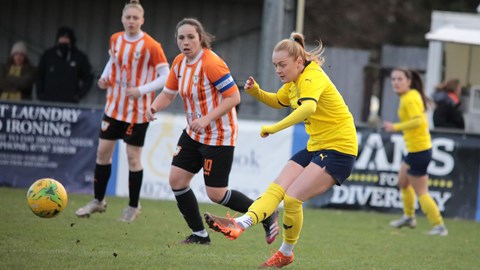 TICKETS
Fans are reminded that no tickets will be available on the day.

Tickets will go off sale at 3pm on Friday 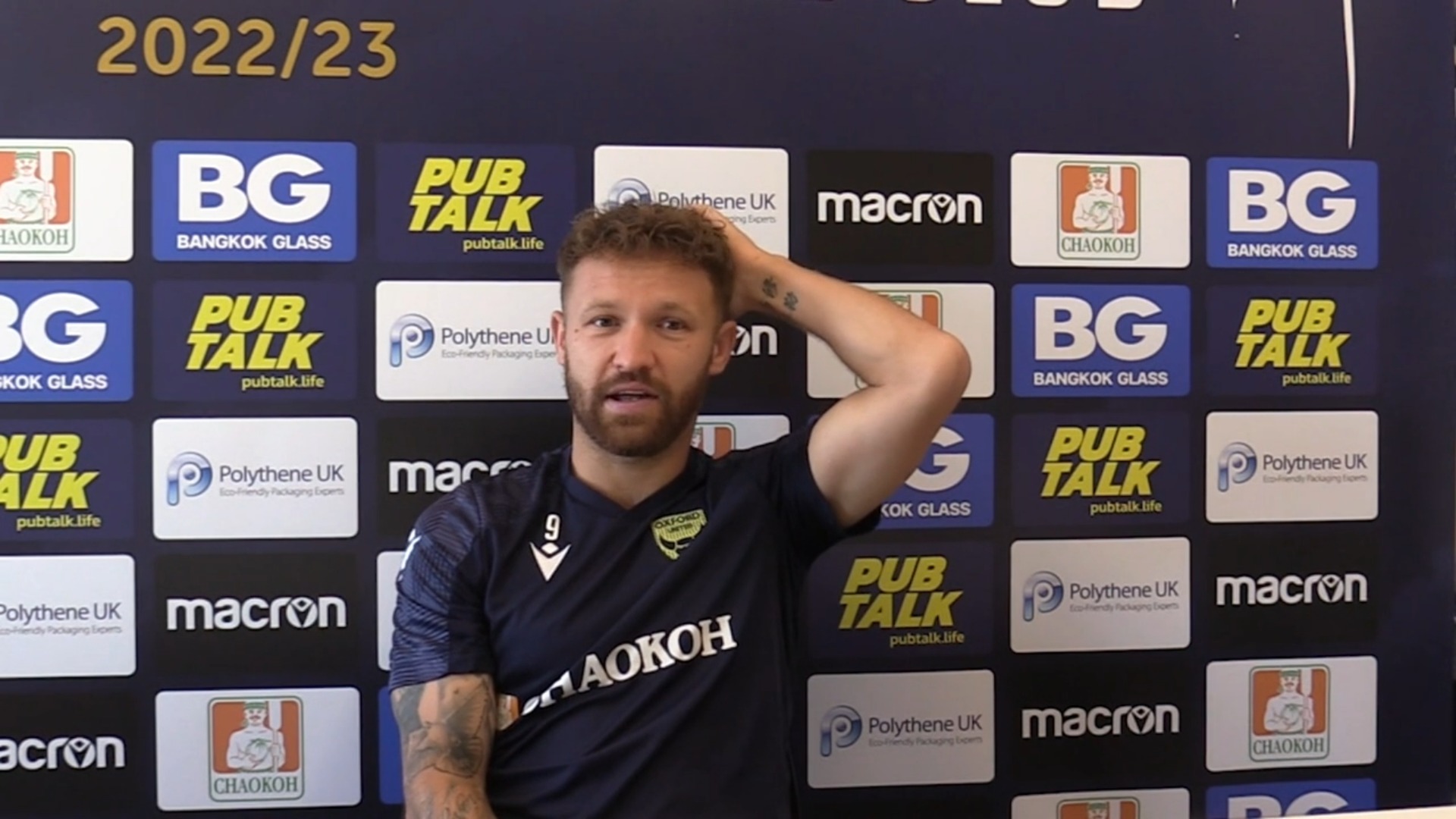 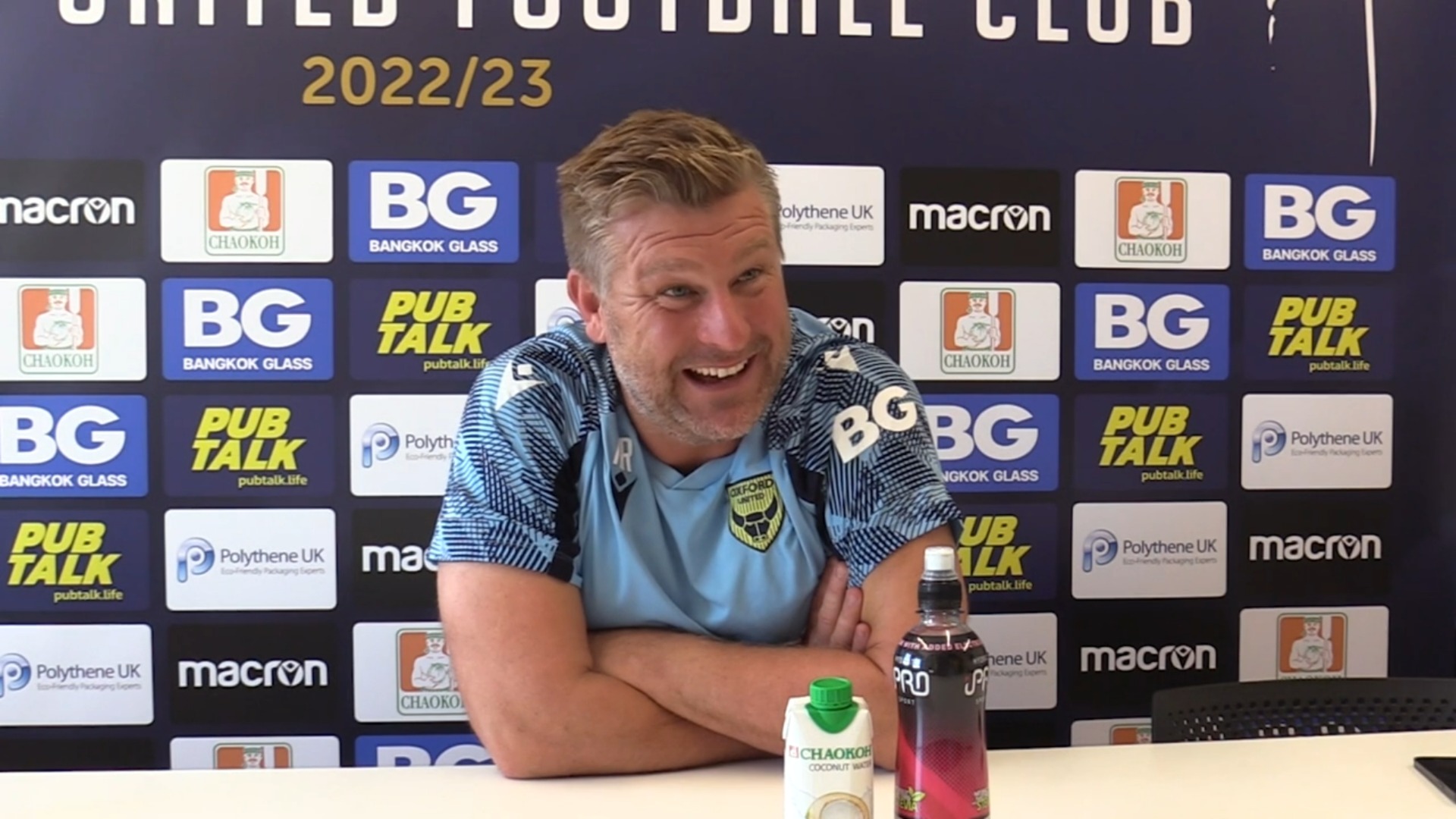 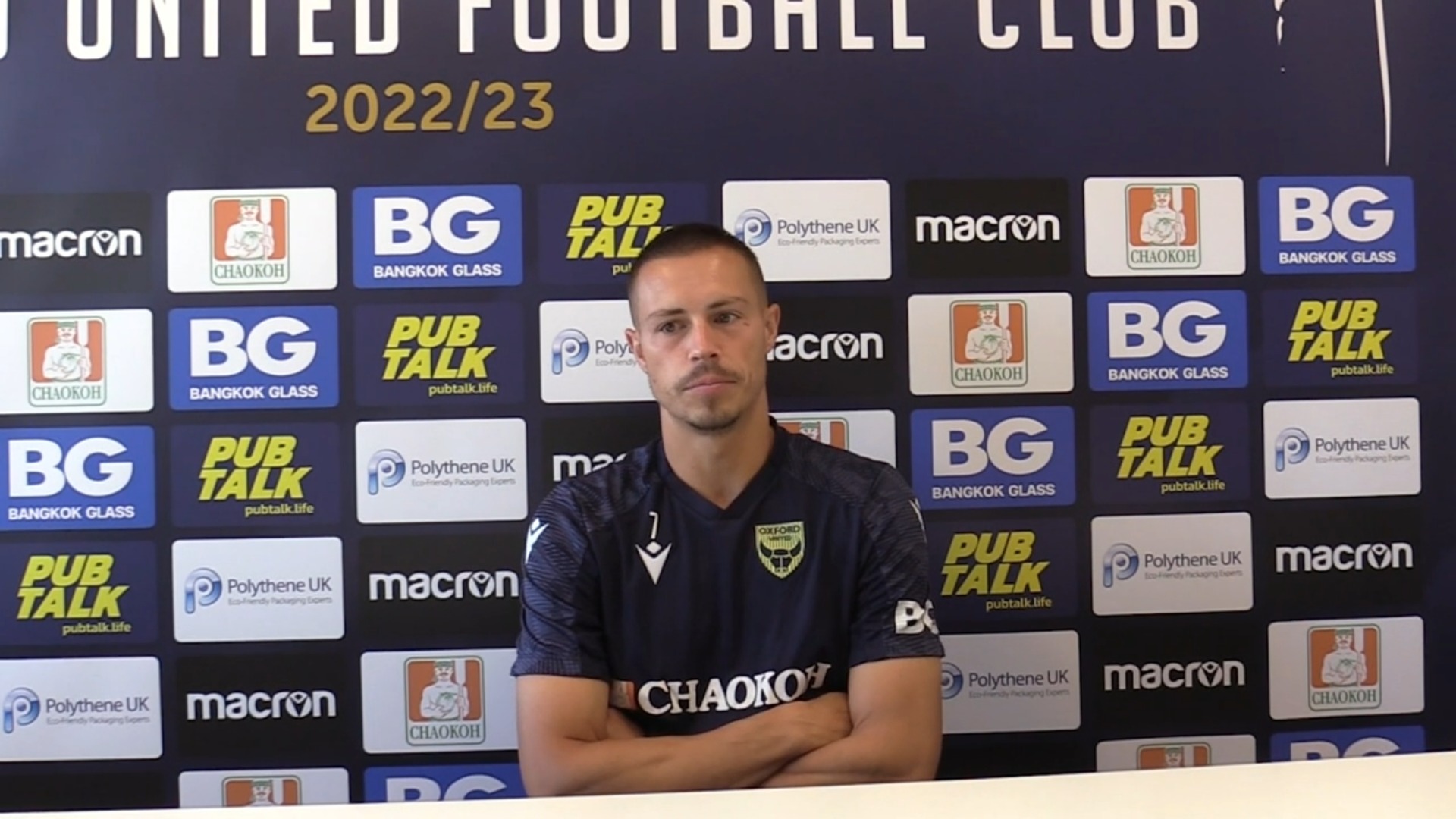 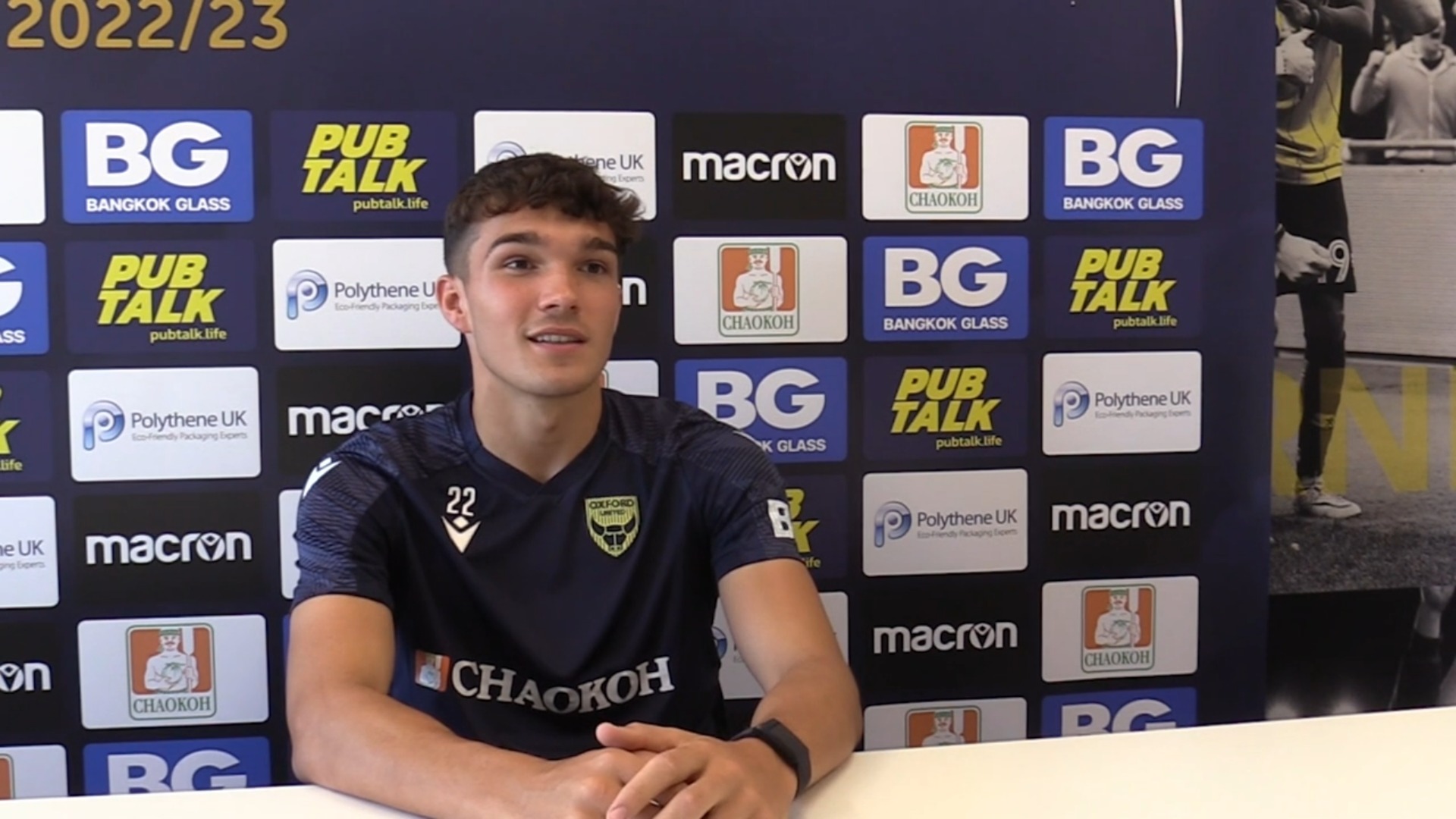 An amazing four penalties from Cameron Brannagan helped Oxford United to a hugely impressive 7-2 win away at Gillingham in an amazing game at Priestfield this afternoon.

Brannagan's first ever four-goal haul was the talking point, but United were in command from early in the game against the struggling Gills, with Billy Bodin and Matty Taylor also finding the net long before Danny Lloyd and Robbie McKenzie's consolation strikes and a late goal from Anthony Forde to end the scoring in an incredible 90 minutes.

The home side, without a win in 16 games, almost got off to a dream start but Charlie Kelman drilled a first-minute effort off target despite being under no pressure eight yards from goal.

That came back to haunt them as United took complete control of the game with two goals in the next ten minutes and fragile home confidence swiftly crumbled. 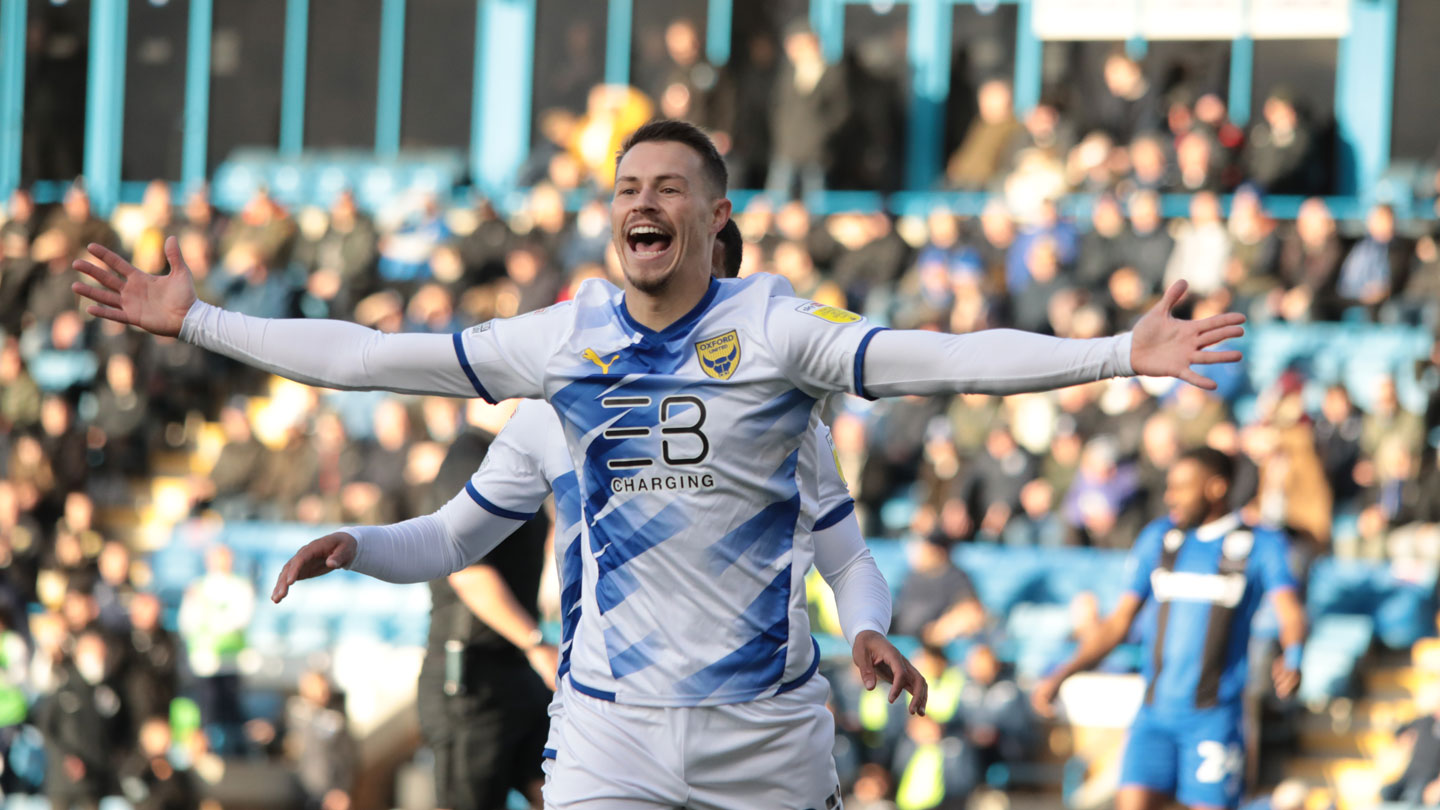 The first goal came when Marcus McGuane stole the ball on half way and ran at the home defence. You could sense the nerves from the home fans. McGuane fed Sykes, he gave the ball to Bodin and he sold a defender a dummy before planting the ball home past Swedish international keeper Pontos Dahlberg.

Three minutes later and the anxiety in the home end was transformed into protests against the owner as their hopes of a change in fortunes were sent floating down the Medway. 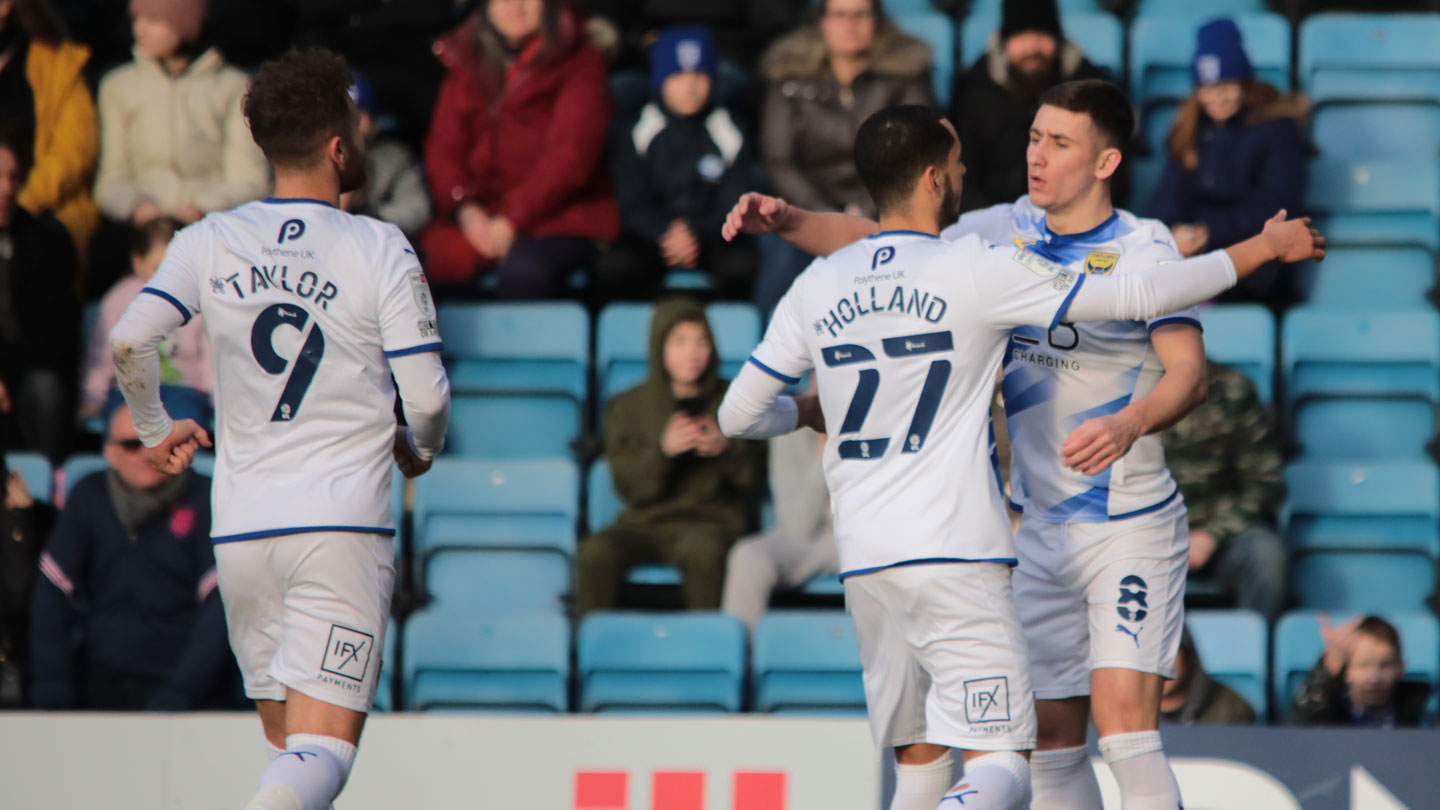 This time it was Sam Long who took the ball forward and slipped a perfect ball for Sykes behind the defence. He rolled it to Taylor who was upended by Olly Lee and Brannagan did the rest with a sidefooted penalty that beat Dahlberg and gave the U’s a 2-0 lead.

United were rampant, Gillingham ragged, and on 19 minutes the gulf between the two teams was clear to all as Bodin delievered an inviting free kick and Taylor nodded home the simplest of goals, a pleasingly palindromic 15th of the season and 51st for the club to take him past Paul Simpson in the list of all-time scorers. 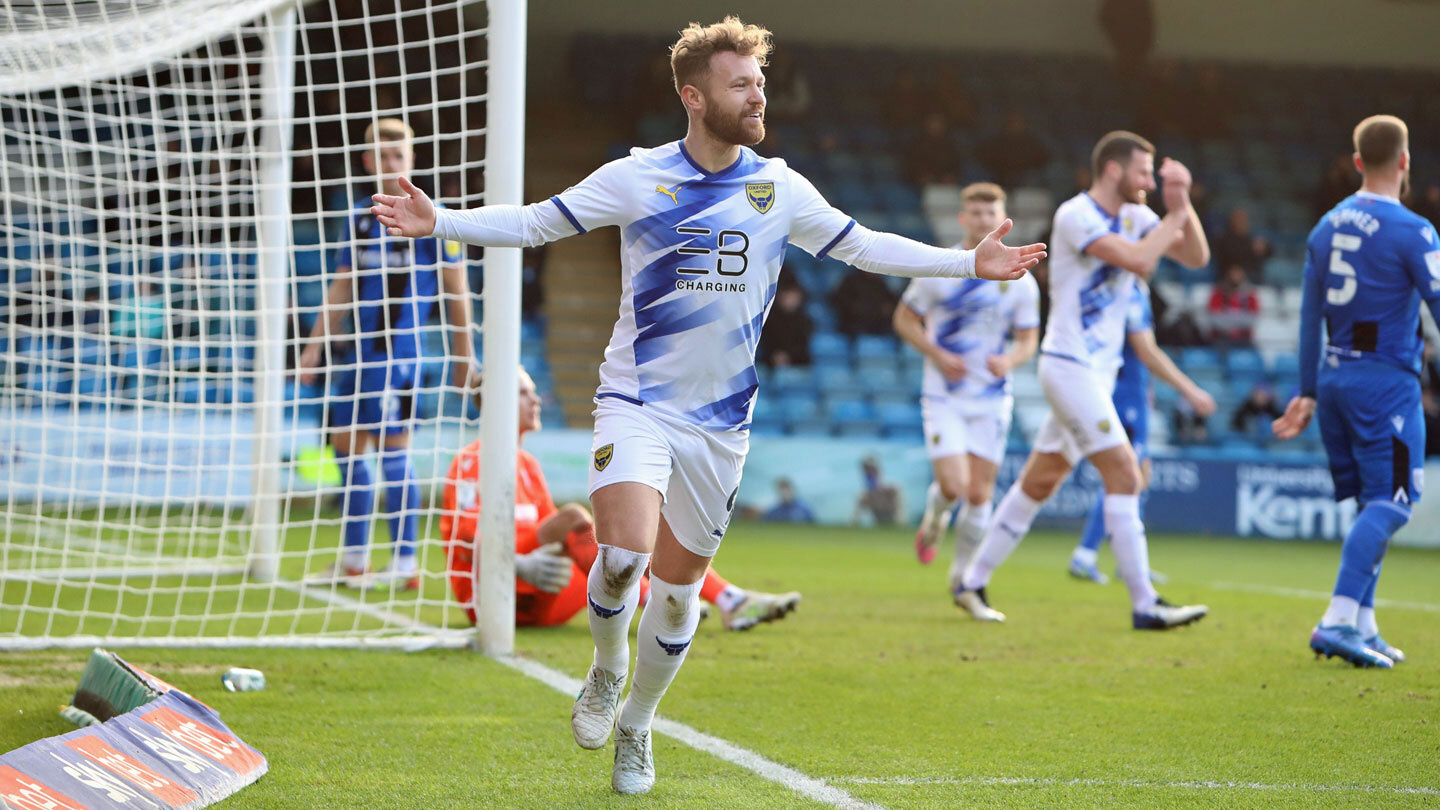 Gillingham, with more success on their travels than at home, needed a fast start after the break to have any hope, but instead saw Pontus pilot them to a disastrous restart.

To be honest, selling Brannagan a dummy was pretty good and he was smiling as the midfielder slid past after trying to close him down. But then he needed to clear the ball rather than allow Brannagan to regain his feet and tackle him! Dahlberg brought him down and Brannagan scored his second from the spot to make it 4-0 and end the contest once and for all. 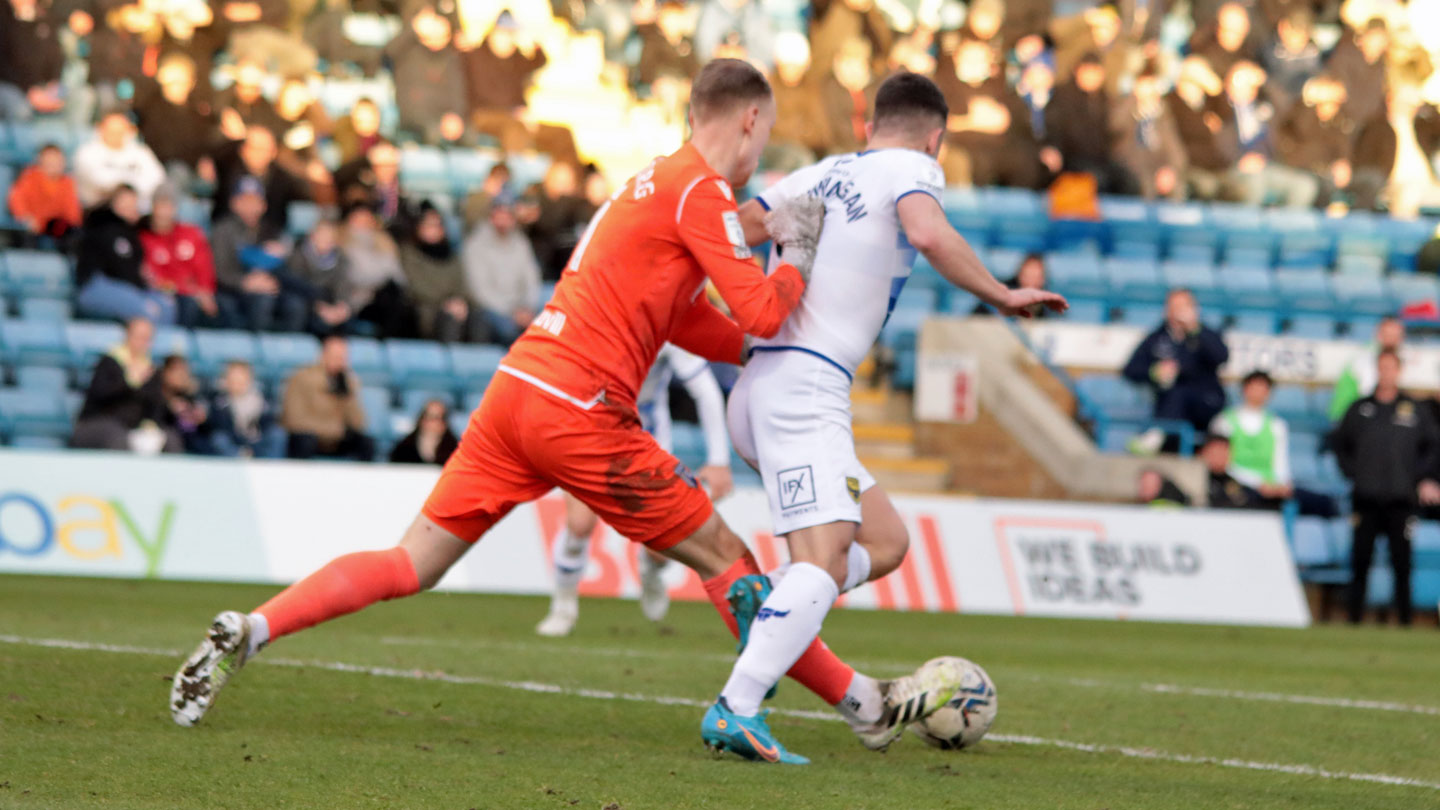 The Spot Kick Hat-Trick came soon after as Long was sent crashing down after a delicately scooped pass from the excellent Elliott Moore to present Brannagan with another spot kick. In it went, 5-0, a first hat-trick for Brannagan and the first ever hat-trick from the spot by a United player. 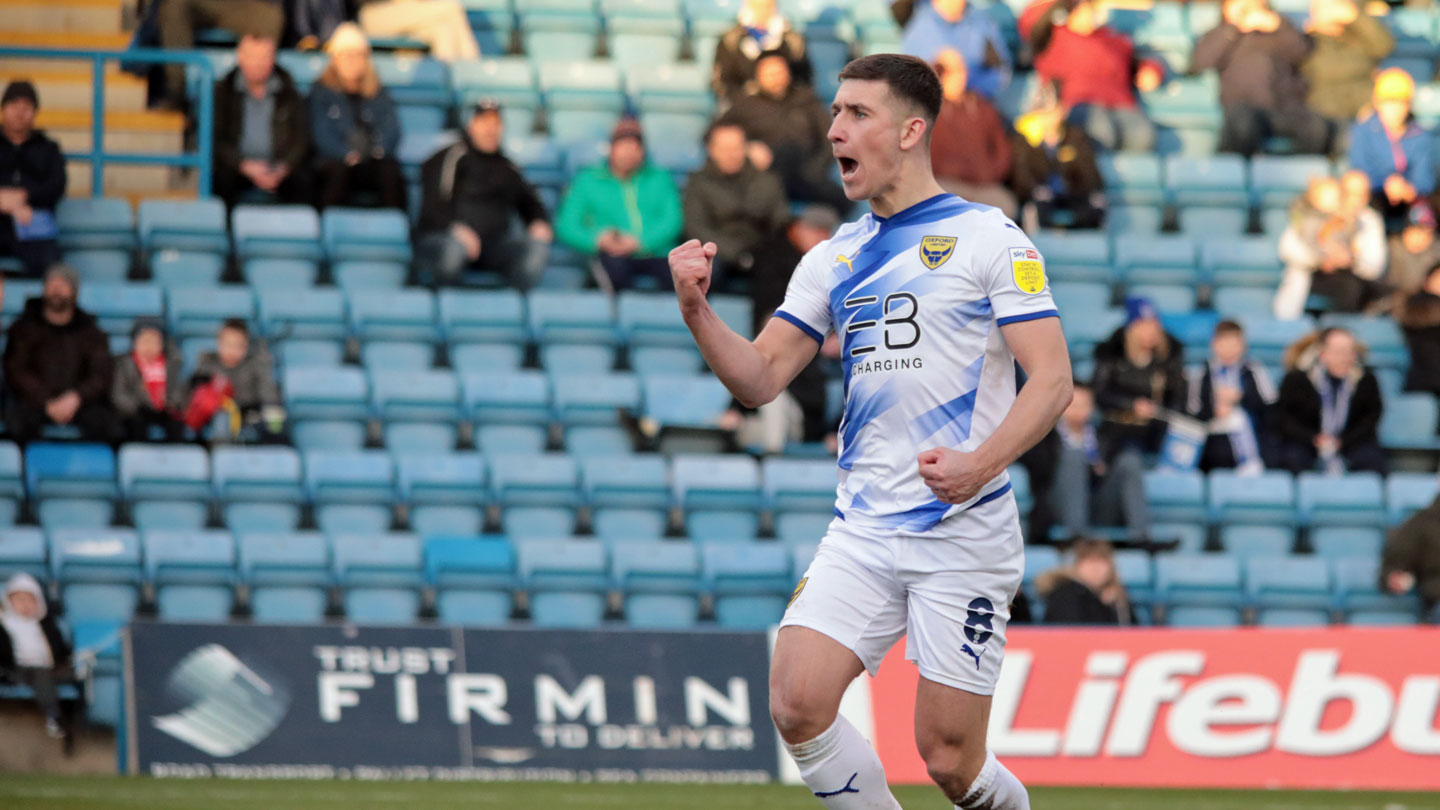 Gillingham got a consolation goal when Danny Lloyd took advantage of a rare moment of hesitancy from United at the back to nick the ball past Stevens and roll it into an empty net to make it 1-5, and Stevens had to make a good save from the same player soon after, but by then the game was largely academic.

The icing on the cake came on 83 when Brannagan scored his fourth penalty of the day after Sykes flicked the ball back and sub Gerald Sithole handled, presenting Brannagan with the chance to become the first player to score four for United in a game since Tom Craddock ten years before.

The fun wasn't quite over as McKenzie nodded over the prone Stevens to make it 2-6 after the keeper had made a great save, but every time United went forward they looked like scoring, occasionally from open play, and sub Forde slid in to convert a Ryan Williams cross to cap a magnificent performance on a memorable afternoon.

The first time United have scored seven away in the Football League and an incredible game of football that keeps United very much in the play-off chase, or perhaps even more.

Ticket details for our next Sky Bet League 1 game at Gillingham on Saturday are as follows.

Tickets will go off sale at 3pm on Friday 28th January and the last day for postage will be Tuesday 25th January.

No tickets will be available on the day. 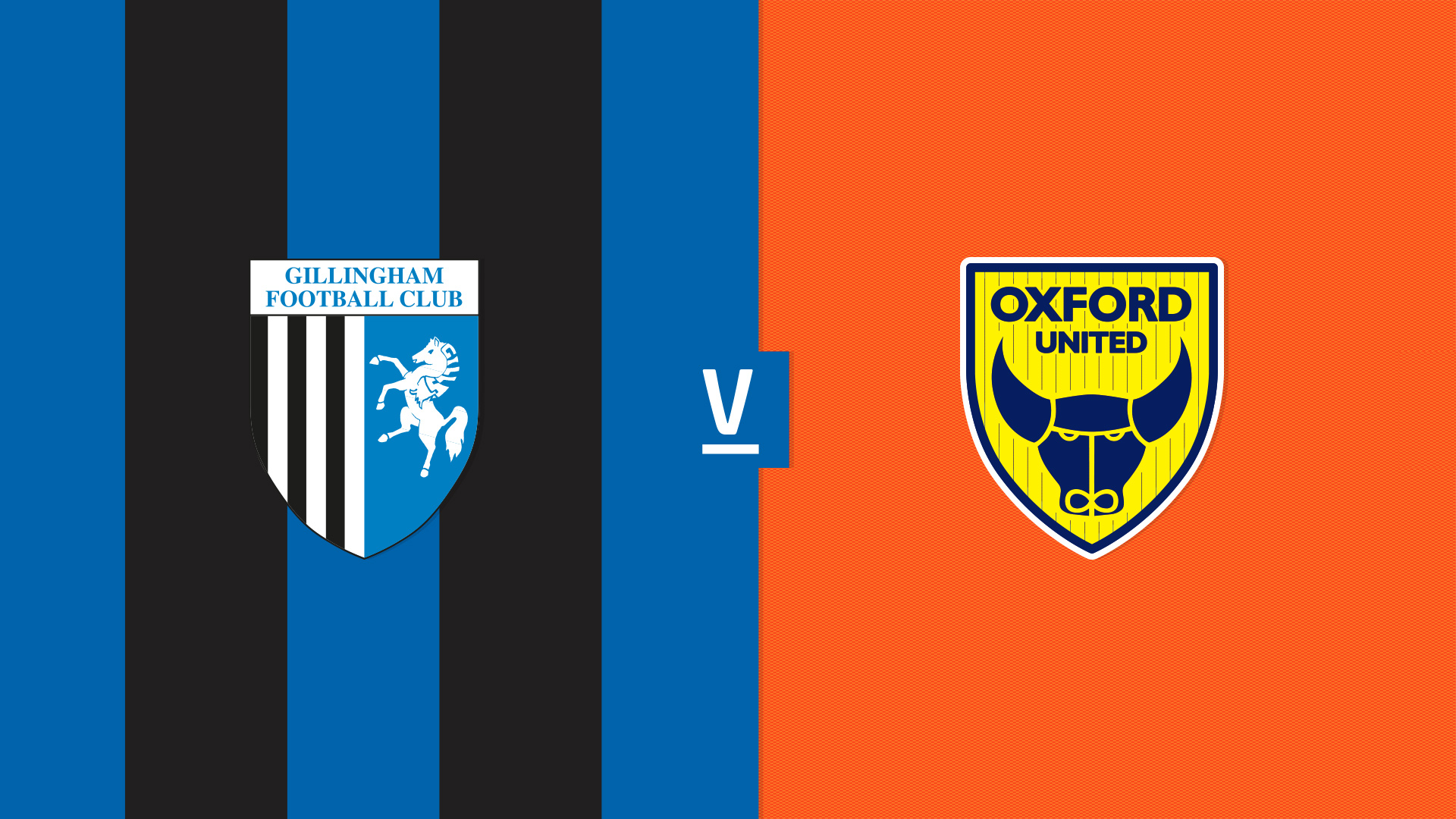 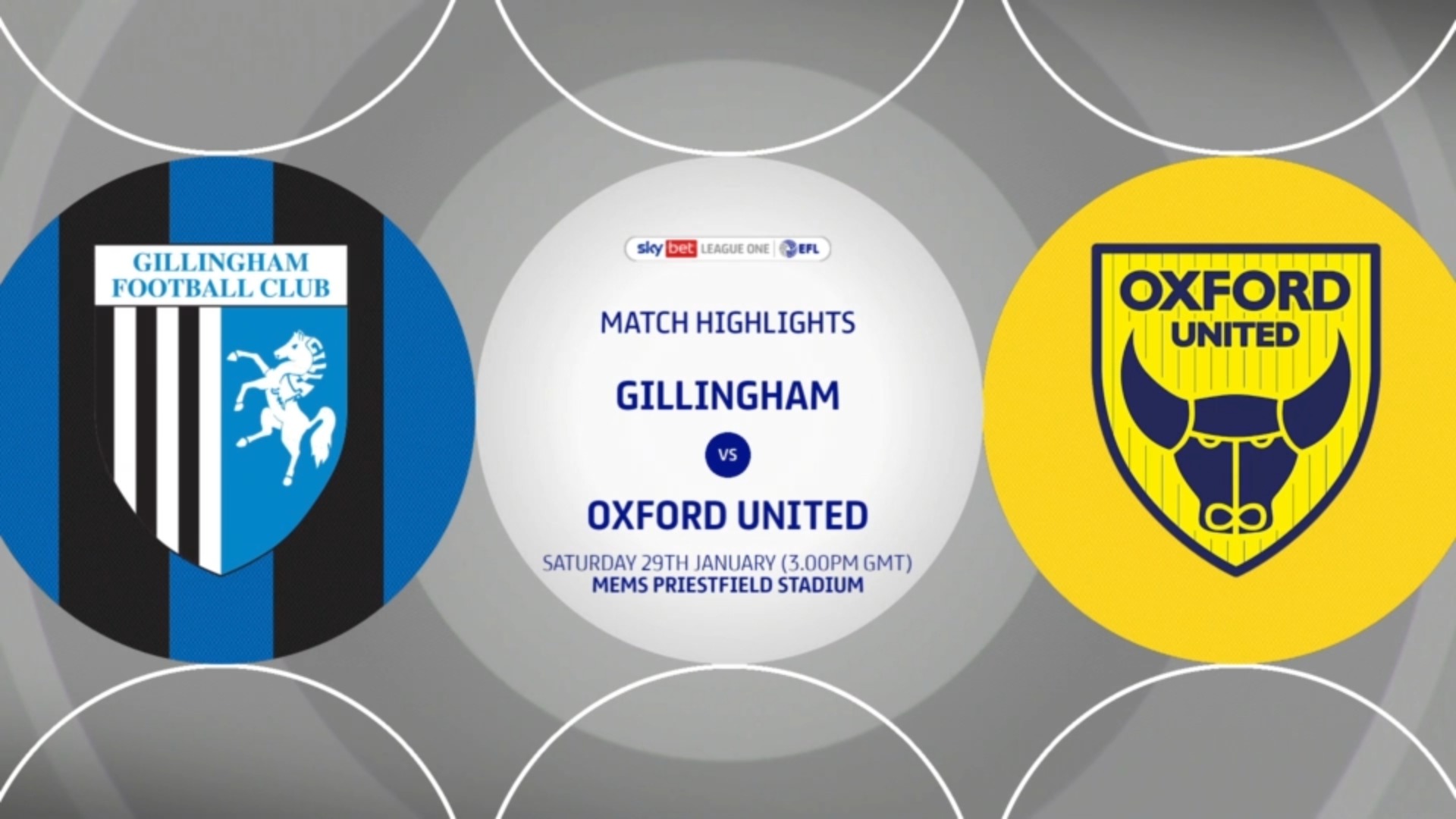 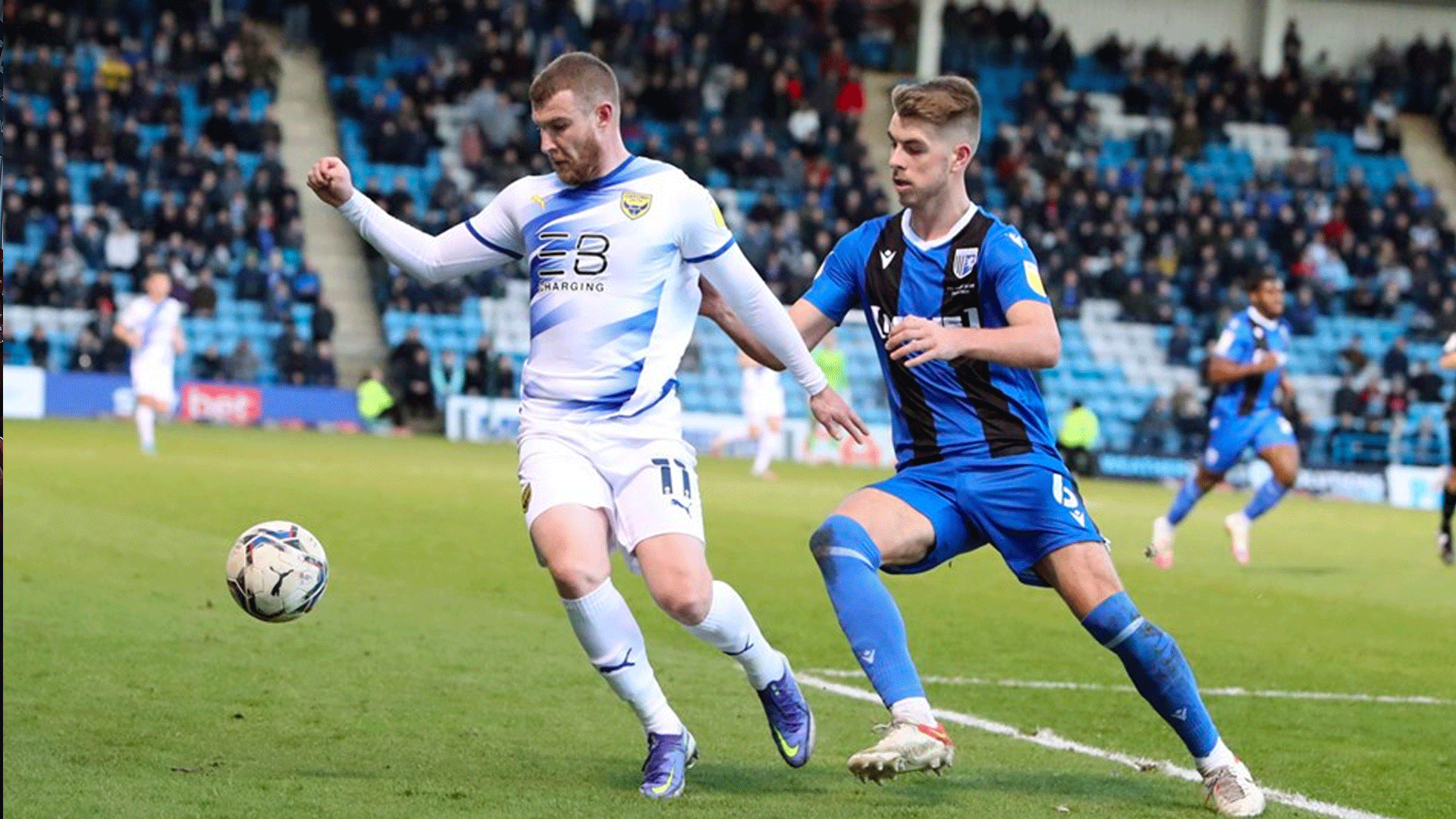