​TEAM NEWS
United are unlikely to make too many changes after a fantastic win away at Charlton on Saturday.

Luke McNally limped off in that game but is expected to be available while James Henry  will play in a friendly against QPR today as he regains fitness and could be involved when the U's welcome Cambridge on Saturday.

Billy Bodin is making good progress after an ankle injury while Alex Gorrin is hoping to be back out on the training ground pitches in the next week or two.

“Our remaining home games are going to be crucial. We understand that and we have to be tough to beat at home and look to give ourselves a foundation of points if we are going to get enough to survive. We won’t be the only team in this league who are better at home than away. We know we have to make our home a bit of a fortress again. We have to focus on ourselves and what we need to do. After the run we have been on we want to give a good account of ourselves in front of our own fans.” 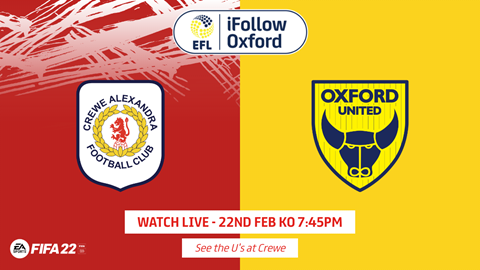 See it LIVE in iFollow

TICKETS
Tickets have been available in advance but this game is not All Ticket and fans can pay on the night.The away Ticket Office is next to the away turnstiles and supporters can pay by cash/card

Coaches will depart the Kassam Stadium at 14:00 and Kidlington Sainsbury’s at 14:15.

SEE IT LIVE
You can see the whole game live in iFollow  with commentary from our friends at BBC Oxford Sport plus highlights to follow.

Oxford United made it back-to-back wins on the road as they followed up Saturday's win at Charlton with a hard-earned 1-0 win at Crewe this evening.

United, unchanged from the side that won at the Valley, started on the front foot against a Crewe side that had lost their last seven games, but the home side gave them problems before loanee Ciaron Brown won the game with a second-half strike.

You could see the difference in confidence in the opening 20 minutes. Herbie Kane drilled inches wide in the first minute and the pace and movement left Crewe looking not so solid on a slick, difficult pitch that had recovered well from a postponement against Portsmouth on Saturday.

United racked up double figures for shots blocked or off target in the first 45 minutes but didn't force a save despite that dominance. Cameron Brannagan and Sam Long saw goalbound efforts blocked from the edge of the area, Matty Taylor nodded just over, Sam Baldock lifted a late effort over and yet somehow it was Crewe who drew the only actual save of the half when Jack Stevens had to push away a Dan Agyei drive on 25 minutes.

Crewe matched United with three at the back for the second half and the Railwaymen started to gather a head of steam - Agyei again heading wide when well placed and there was more belief about the whole team. Christopher Long hammered against the bar on 55 with their best chance of the night, but from being in control of the game United now had to try and lift themselves, not helped by an injury to skipper Elliott Moore that forced him out of the action. Or perhaps not...

Replacement Brown has impressed everyone who has seen United train since he arrived on loan from Cardiff, not just as a defender but with his finishing, and when the ball broke his way after a scramble on 65 minutes he buried it beyond keeper Richards for an important first goal for the club.

The goal stopped Crewe in their tracks. Whyte almost ended it but was shunted aside by a challenge that took his feet away at a vital moment after a superb move, then the same player thundered a second chance into the keeper's arms on 73 as United regained their swagger. Brannagan also went close,

Not the best performance of the season, but hard graft and, as so often at Crewe, it's all about the points as United stay on track.

Now for an emotional afternoon as we play Cambridge at home. Join us, if you can, as we pay tribute to one of our own...

Tickets details  for our away game at Crewe Alexandra on Tuesday are as follows.

Tickets have been available in advance but this game is not All Ticket and fans can pay on the night.

Coaches will depart the Kassam Stadium at 14:00 and Kidlington Sainsbury’s at 14:15. 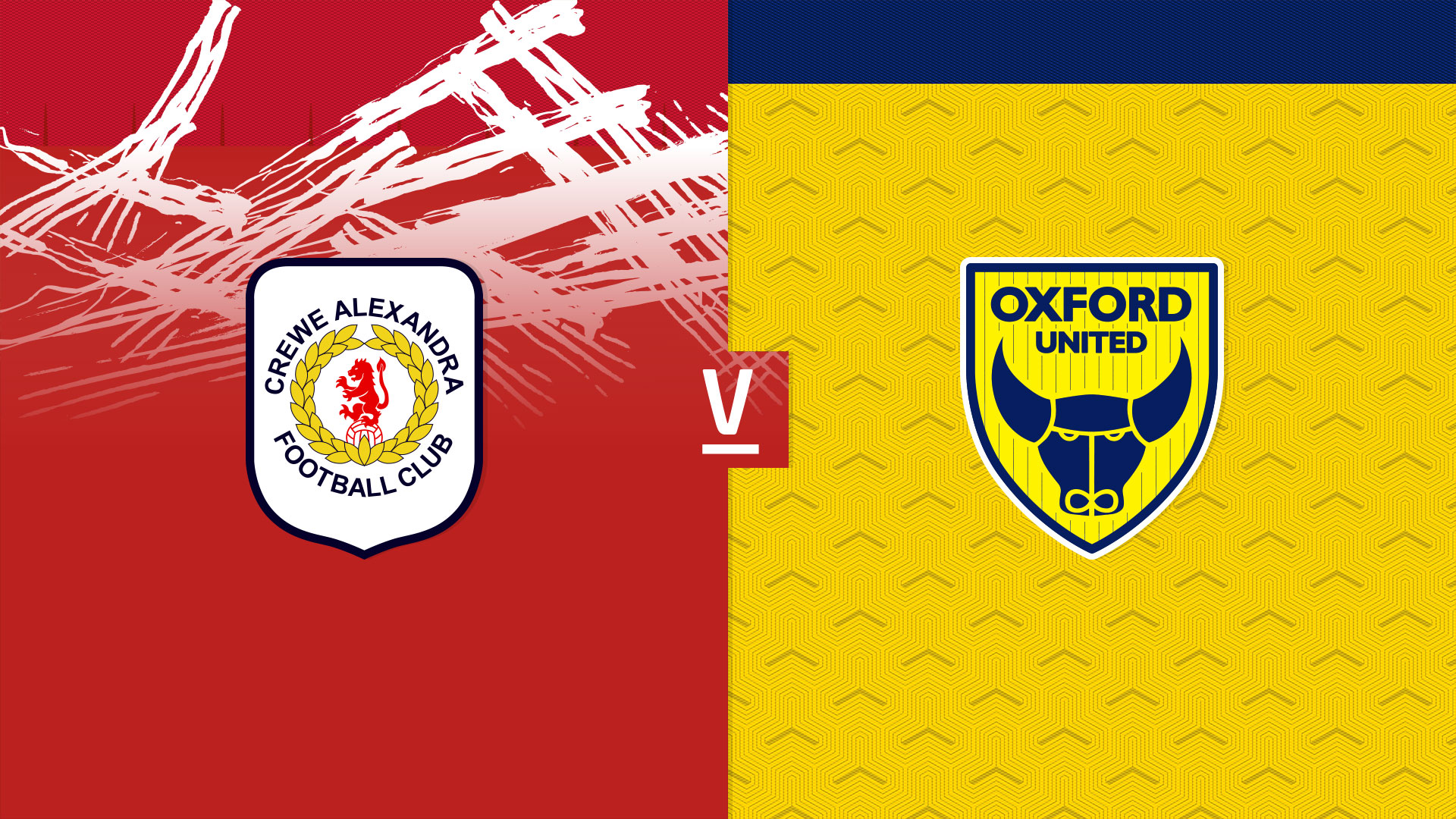 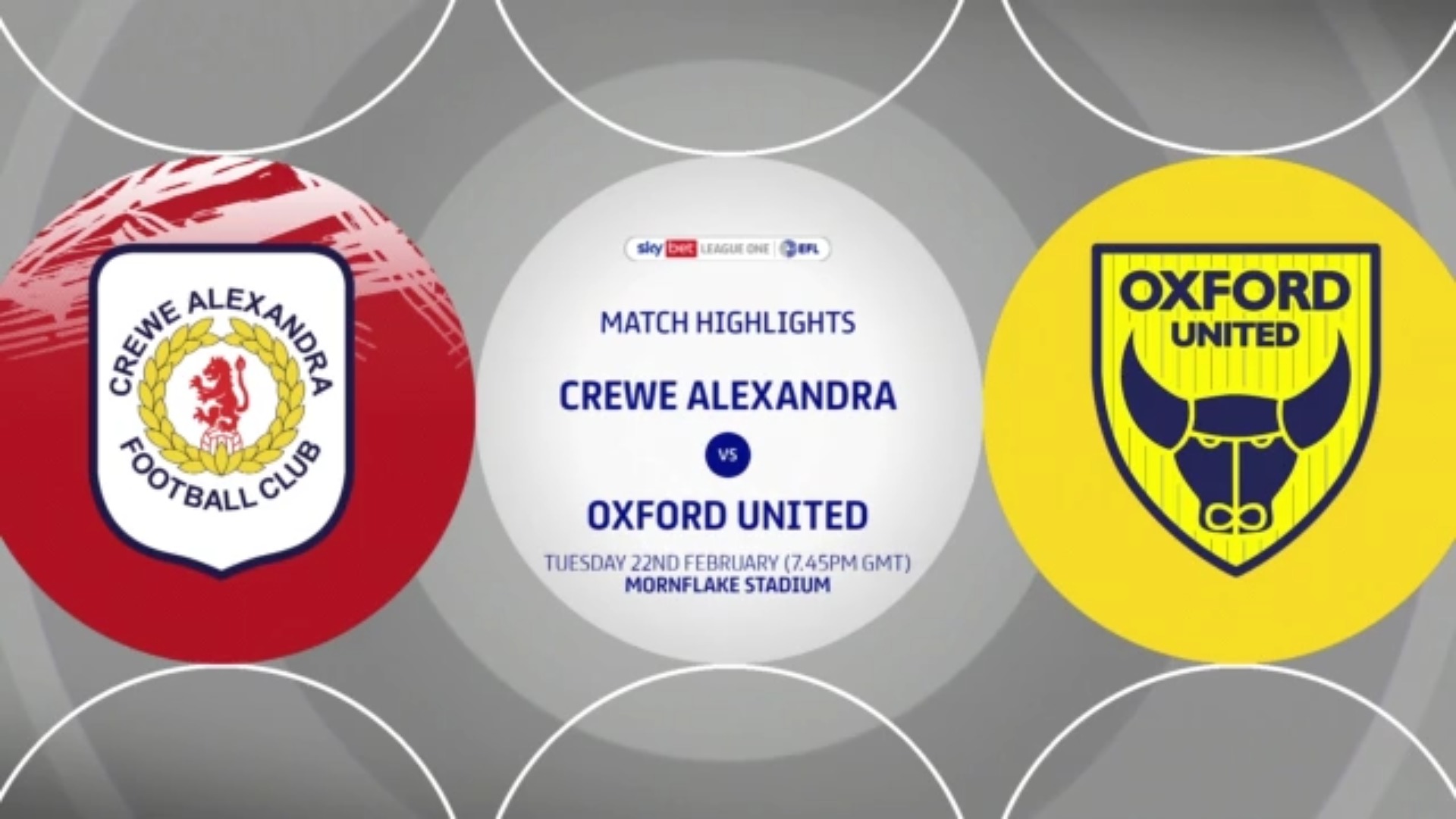 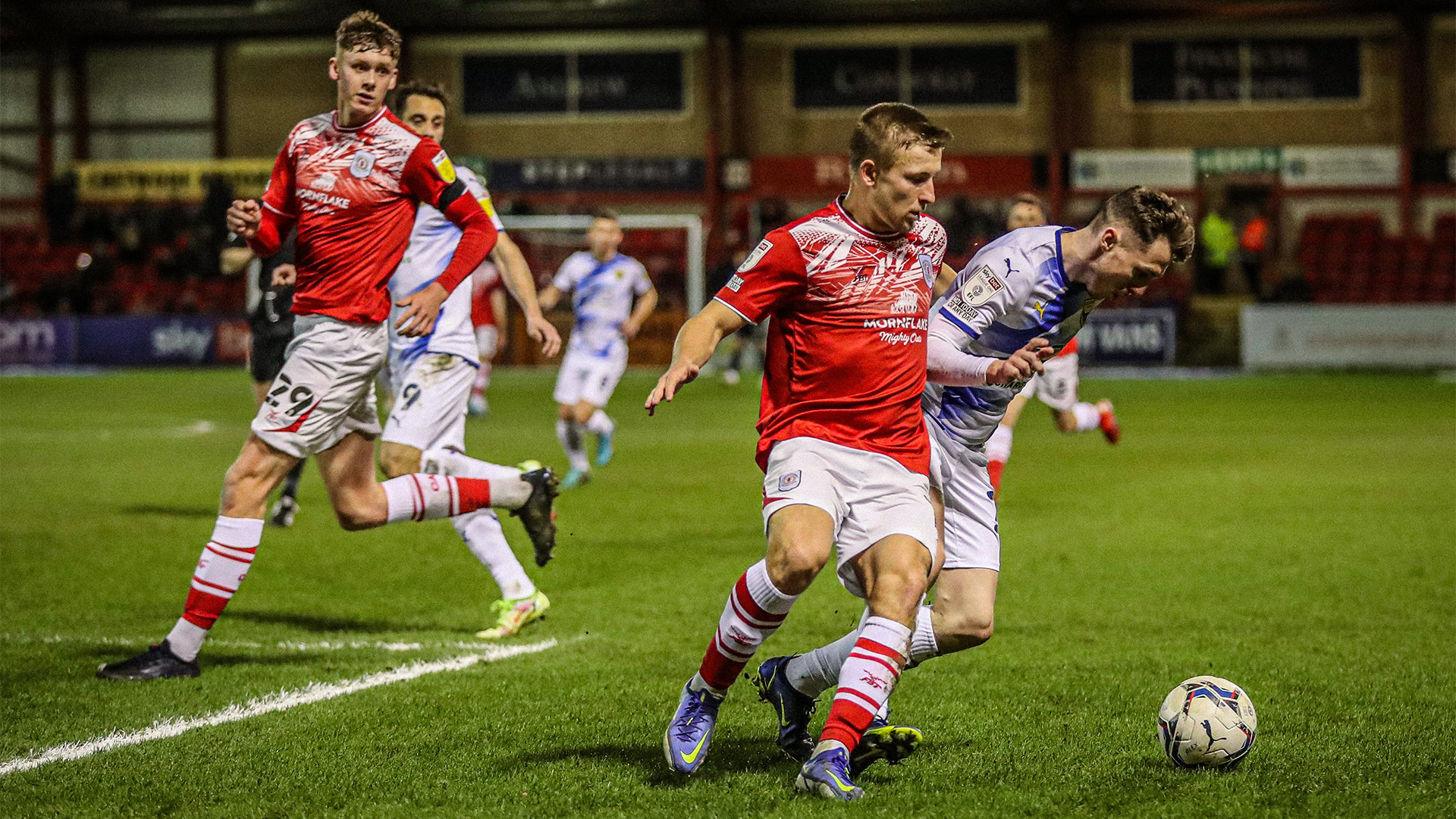