Oxford United travel to QPR this evening in the Carabao Cup second round (7.45pm)

The U's were beaten for the first time this season when losing 2-1 at Bolton on Saturday but have been in impressive form ahead of the trip to Loftus Road, a game that always stirs memories of the 1986 Milk Cup final.

TEAM NEWS
United have Captain Elliott Moore available again after a chest infection but are without the influential James Henry who felt his hamstring tighten ahead of Saturday's game.

Sam Long and Jamie Hanson are still out but there were no new injuries at Bolton and Karl Robinson needs to weigh up whether to bring in any of the younger players from the under 21 squad to give them experience: Leon Chambers-Parillon, Josh Johnson and Tyler Goodrham were all part of the squad that beat Burton to reach this stage.

See Karl previewing the game in iFollow right now where we have Mark Sykes as our guest in the new look Preview Show. 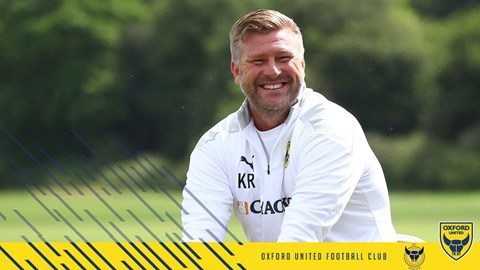 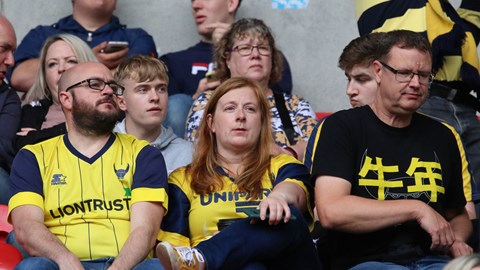 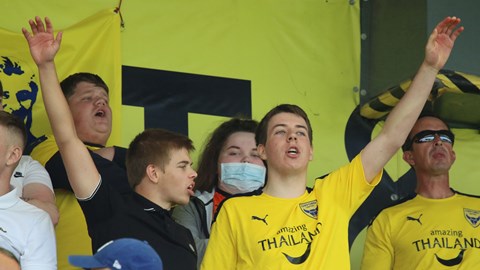 Look after each other...

THE OPPOSITION
QPR have started the season strongly with Rob Dickie in outstanding form and the team adding a 2-2 draw at home to Barnsley to their impressive start. Rangers are fifth in the early Championship table, unbeaten so far, but Manager Mark Warburton is likely to make changes this evening.

"I’m not going to lie, we are walking wounded at the moment" he said. "But we’ll put out a side to go and win the game. Oxford will want to win to progress to the next round and we do too. They are a team who like to play good football and have a good mix of youth and experience. They’ll pose a threat and can hurt teams when given the space and time. We have to deny them it. But we are always confident of winning games".

TICKETS
Tickets are on General Sale here https://www.eticketing.co.uk/oxfordunited/ or by calling 01865 337533 but a very limited number now remain and it is unlikely that any tickets will be available to allow fans to pay on the night. We strongly recommend booking in advance to avoid disappointment.

Disabled Tickets
We have 5 Wheelchair spaces available at the equivalent category price plus carer free of charge. Please call the Ticket Office on 01865 337533 to book.

MEN IN BLACK
United will be wearing their brand-new black away kit for the second time.  CLICK HERE to pre-order any of the new shirts this season 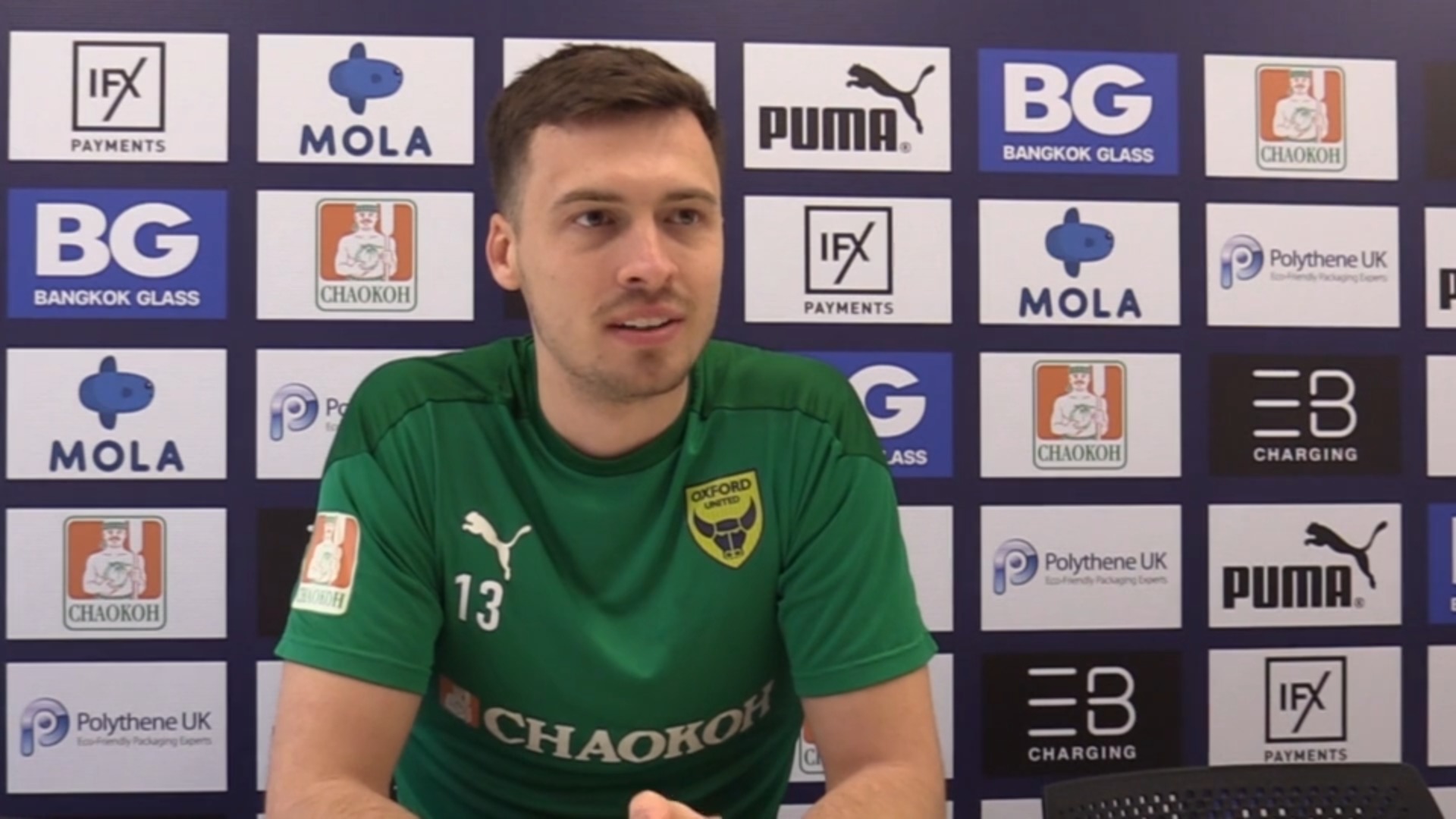 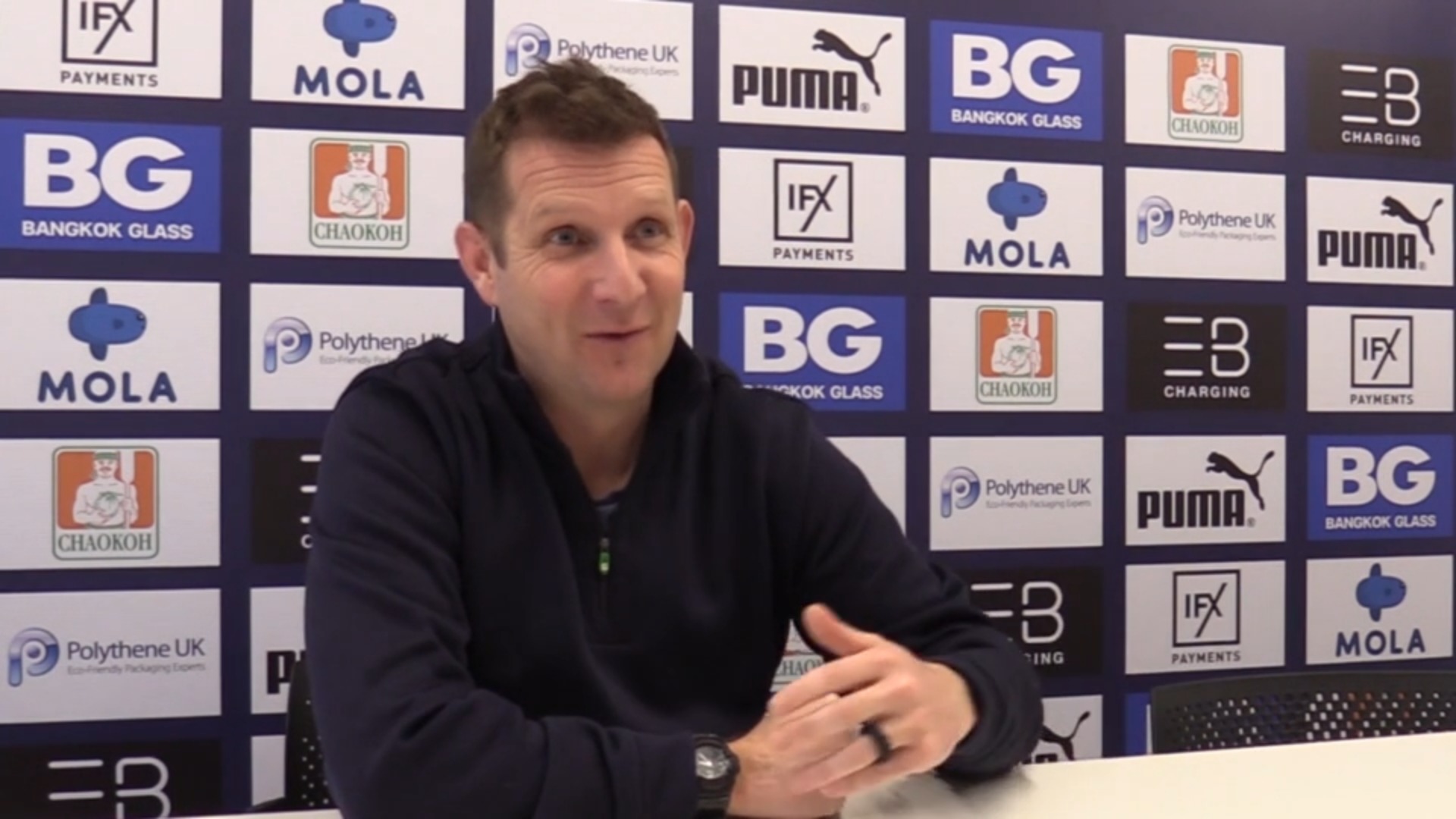 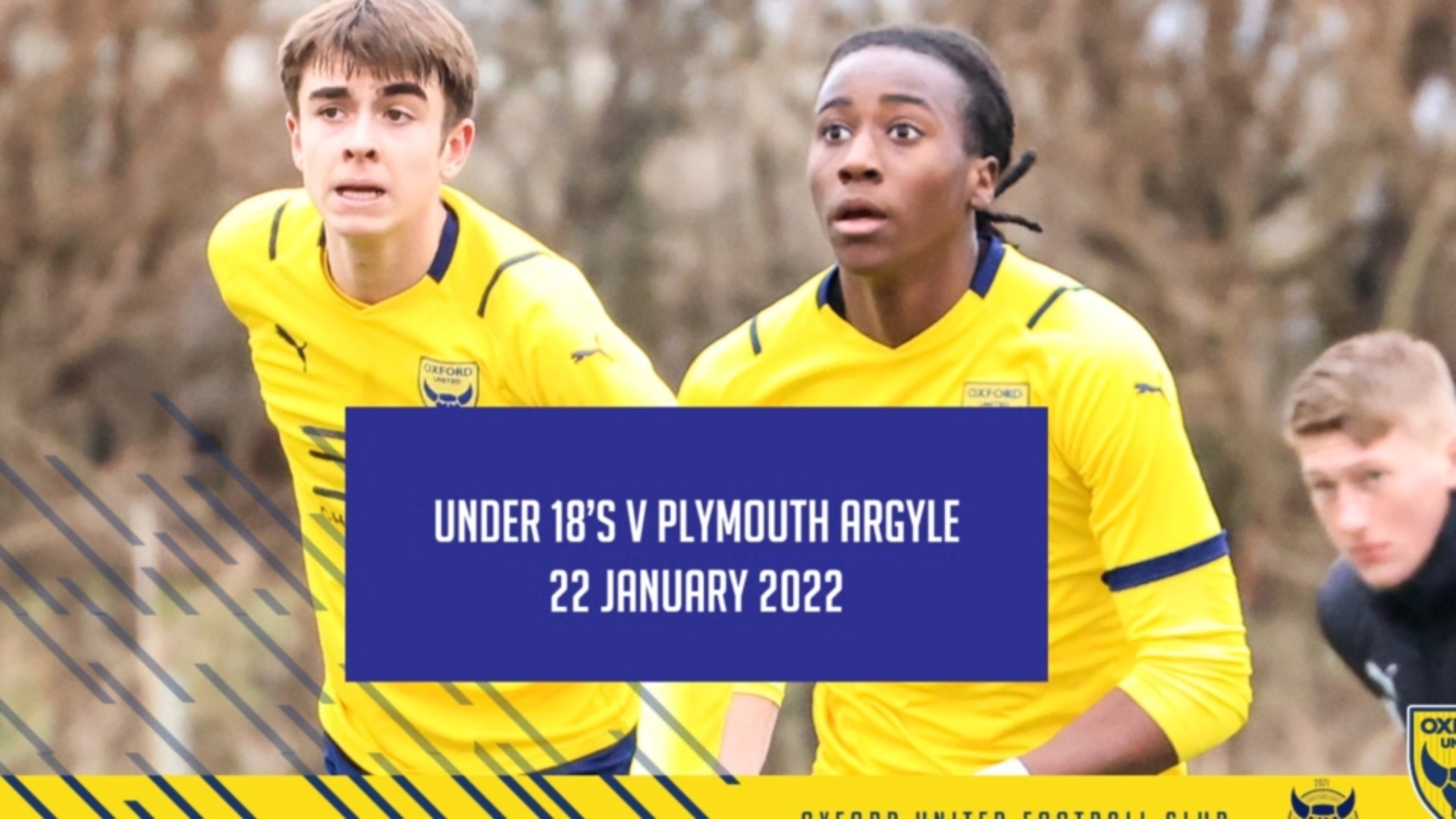 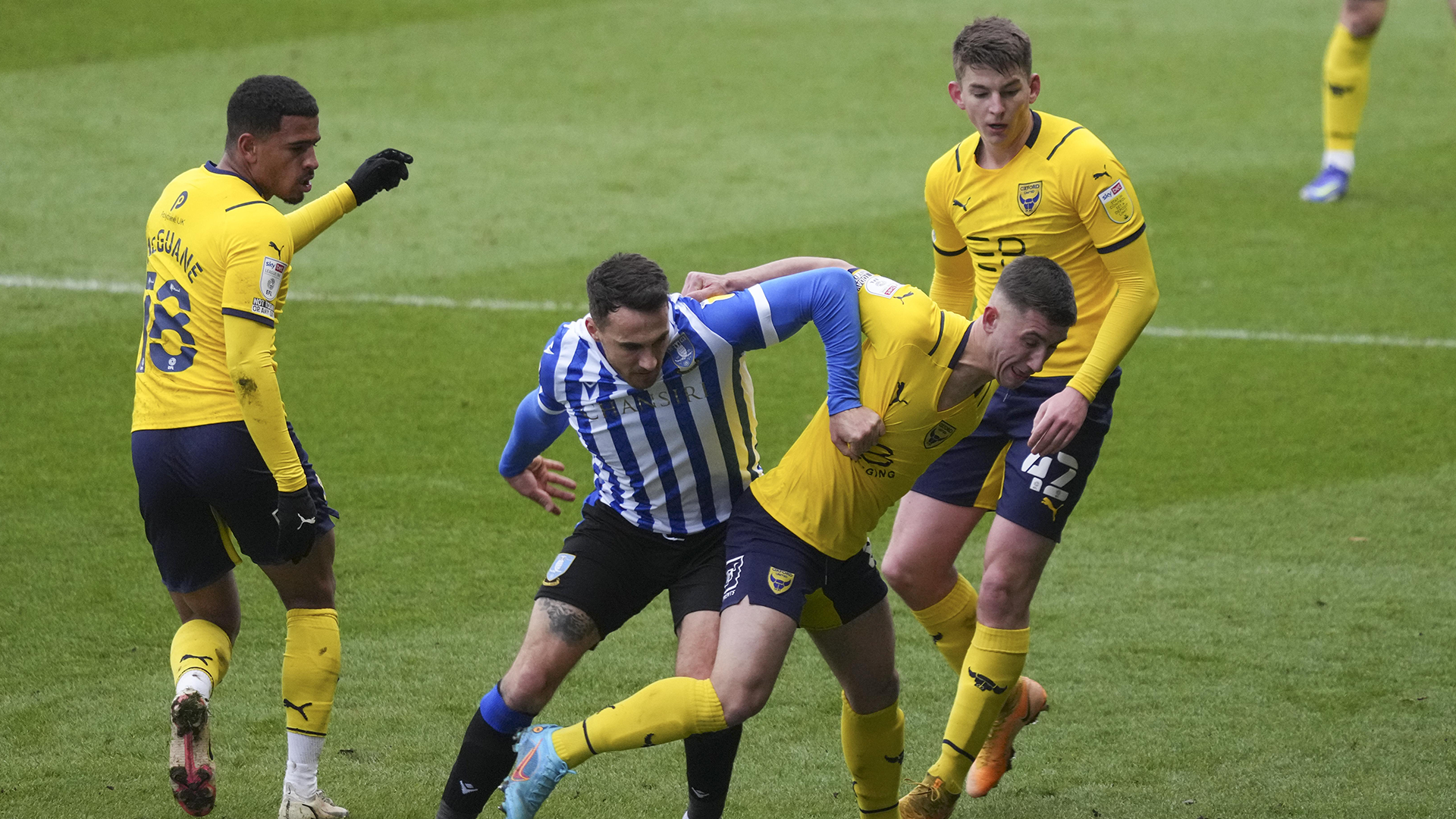 Oxford United bowed out of the Carabao Cup this evening when a superb strike from former skipper Rob Dickie and a deflected effort from Ilias Chair gave QPR a 2-0 win.

United gave their incredible away following plenty to cheer about, especially in the opening minutes, settling quickly and playing their usual brand of neat football but were left chasing the game after two goals for the R's half way through the first half gave them just too much to do.

Dickie, outstanding on the night, made one superb early tackle and also blocked a second attempt  from the hard woirking Sam Winnall that floated just over the bar, with another ex-U’s player Jordan Archer beaten. Alex Gorrin dragged a 16th minute drive wide and United had matched their higher league opponents for the first 15 minutes, but then the Hoops started to get on top.

Simon Eastwood got down well to deny Chris Willock at his near post then made a magnificent save to deny Chair from close range soon after. However, it would have taken Eastwood with Jack Stevens on his shoulders to stop Dickie’s opener when he chested the ball down in the centre circle, played a one-two, rampaged forward from his own half and drove an unstoppable shot into the top left corner for a superb goal. Credit to Dickie who refused to celebrate in front of the away fans (I would still be doing laps of Loftus Road now). 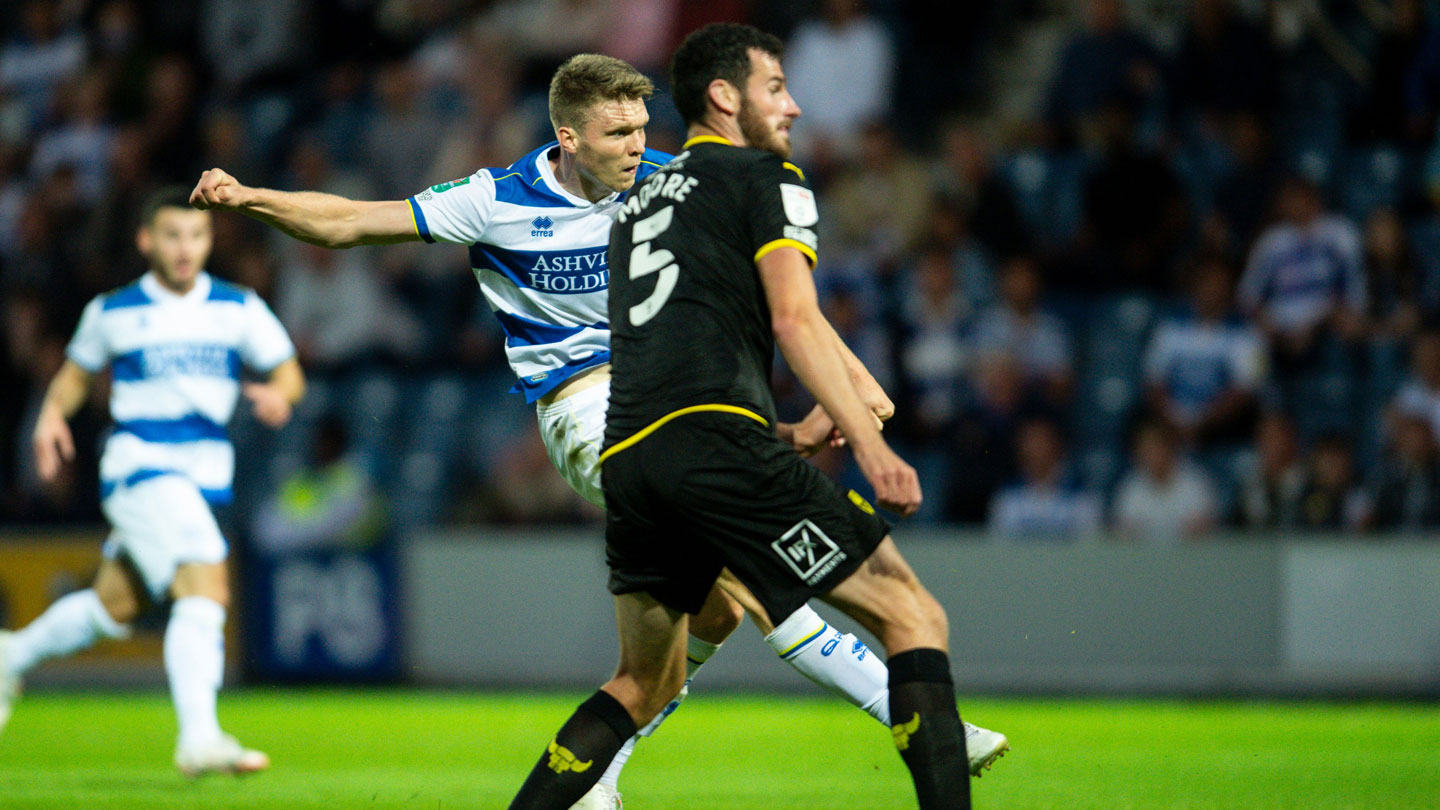 Eastwood made another good save from Chair as United held on to try and get to half time, although an outstretched boot from Winnall lifted a Seddon free kick onto the top of the bar to underline the fact that the U’s weren’t out of it at a goal down.

Sadly, with five minutes to half time the task became a whole lot harder when Chair got Loftus Road rocking. This time it came from the left wing and Chair’s well struck shot took a wicked deflection off stand-in right back Leon Chambers-Parillon to wrong-foot Eastwood and give the R’s a 2-0 half-time advantage. 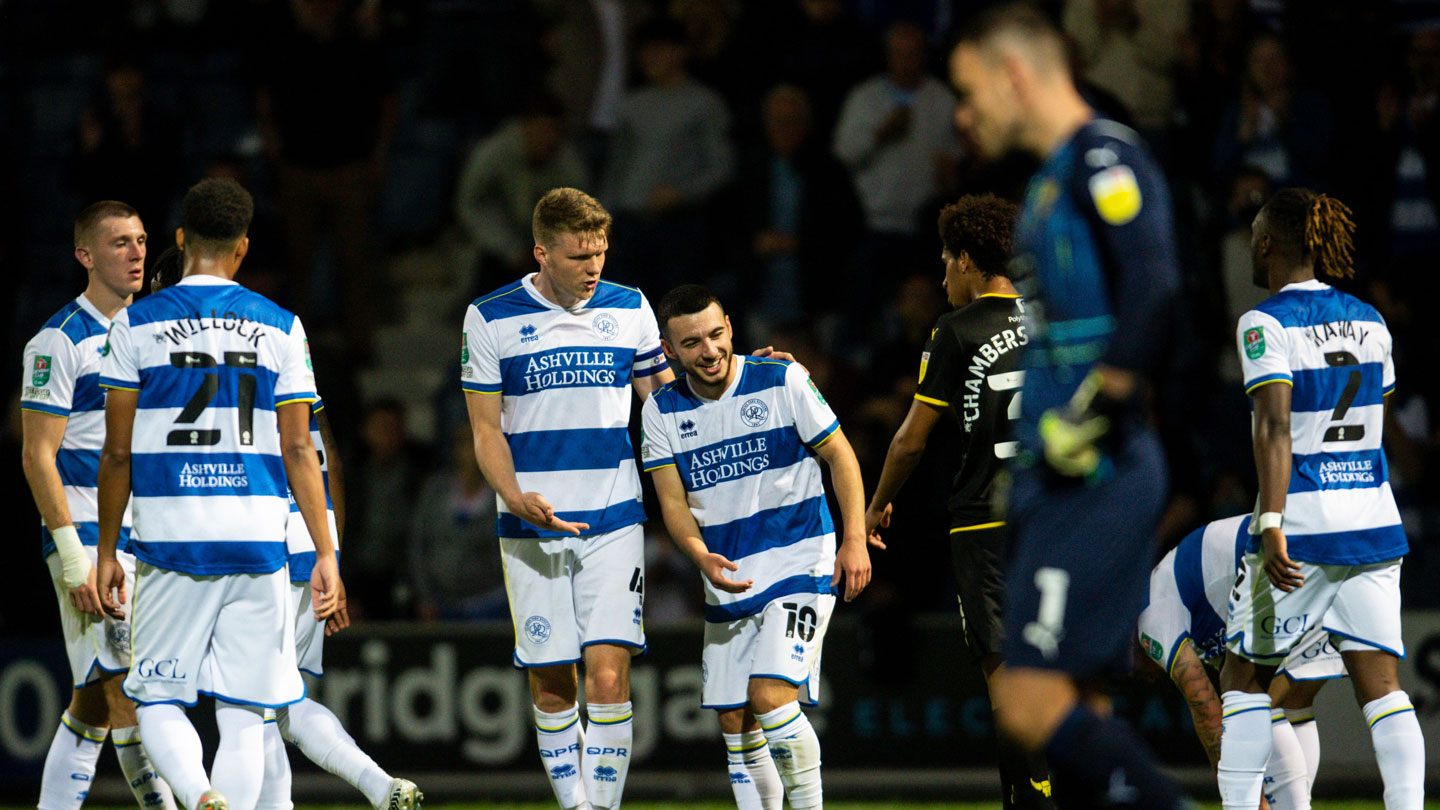 Bizarrely, United made a double substitution at half time without intending to. Marcus McGuane went off for Cameron Brannagan as planned, but Nathan Holland trotted back out then tweaked something between tunnel and centre circle and was also replaced, by Gavin Whyte.

With little to lose, United tried all they knew to get back into the game, with their fans roaring their team on. Winnall almost reciprocated by finding space and driving a shot goalwards only for Archer to beat it away at the base of the right-hand post. Seddon fired wide of the opposite upright just before the hour and Agyei was beaten by a superbly timed tackle from Archer as United chased the game. Agyei hit the post (admittedly when offside) and there was no doubting the commitment from the men in black.

On the night they just came up against a side challenging at the top of the early Championship table and in top form. United's target remains the same: to reach that division and play these sort of games week in, week out.

First step on that road? Lincoln at home on Saturday. See you there.

Tickets for our Carabao Cup 2nd Round tie at Queens Park Rangers on Tuesday night are still on sale.

Tickets are on General Sale here https://www.eticketing.co.uk/oxfordunited/ or by calling 01865 337533 but will no longer be posted - they will be available to personal callers or for collection from the Ticket Office until 3pm Monday 23rd August or at QPR on the night.

Due to demand a very limited number now remain and it is unlikely that any tickets will be available to allow fans to pay on the night. We strongly recommend booking in advance to avoid disappointment.

To make your booking online it is imperative supporters select the equivalent price class to their Season Ticket or Membership when checking out.

Disabled Tickets
We have 5 Wheelchair spaces available at the equivalent category price plus carer free of charge. Please call the Ticket Office on 01865 337533 to book.

All supporters traveling with the LRC are asked/requested to follow the LRC guidance and advice below:

Stay at home if you, or anyone you live with has received a positive Covid-19 test result or are displaying any COVID-19 symptoms (a high temperature, new and persistent cough, or a loss of/change in sense of taste or smell), even if the symptoms are mild.
Stay at home if you need to self-isolate because you have symptoms, have recently tested positive or have been asked to self-isolate by NHS Test and Trace or are required to isolate after travel.

Supporters should have respect for their fellow passengers and the LRC will not tolerate any misbehaviour traveling to, from or at matches.
Under-14s must be accompanied by a responsible adult to travel on LRC transport.
No alcohol is permitted on the coaches.
Although face covering onboard a coach is no longer a legal requirement, the LRC and Motts require a face covering to be worn while boarding/alighting and moving around the vehicle. It is recommended that supporters continue to wear a face covering when seated unless eating or drinking.

It is allowed to use every seat, without social distancing on coaches in England, however, as a trial for away trips in August, if requested when booking we will offer solo passengers the opportunity to sit on their own where possible. To book a solo seat passengers must book in person or via telephone. 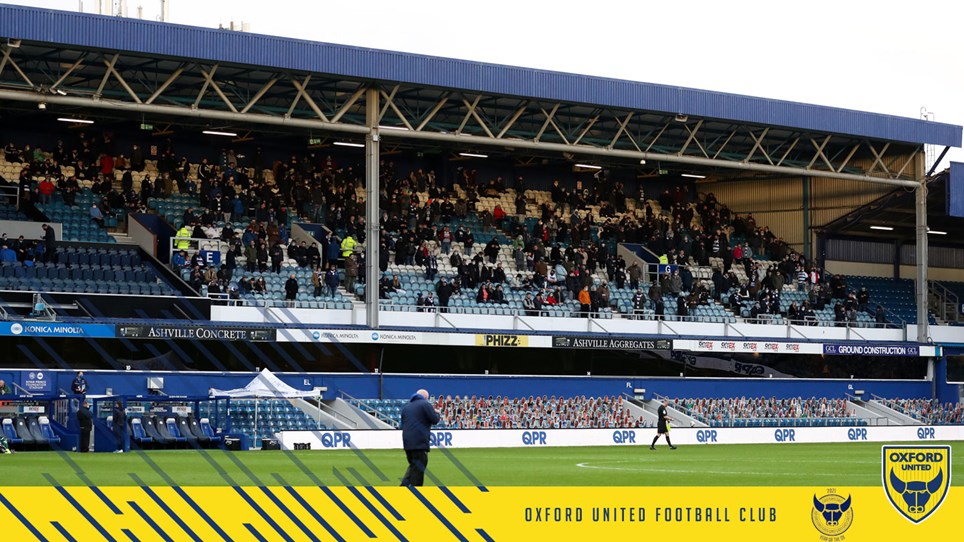 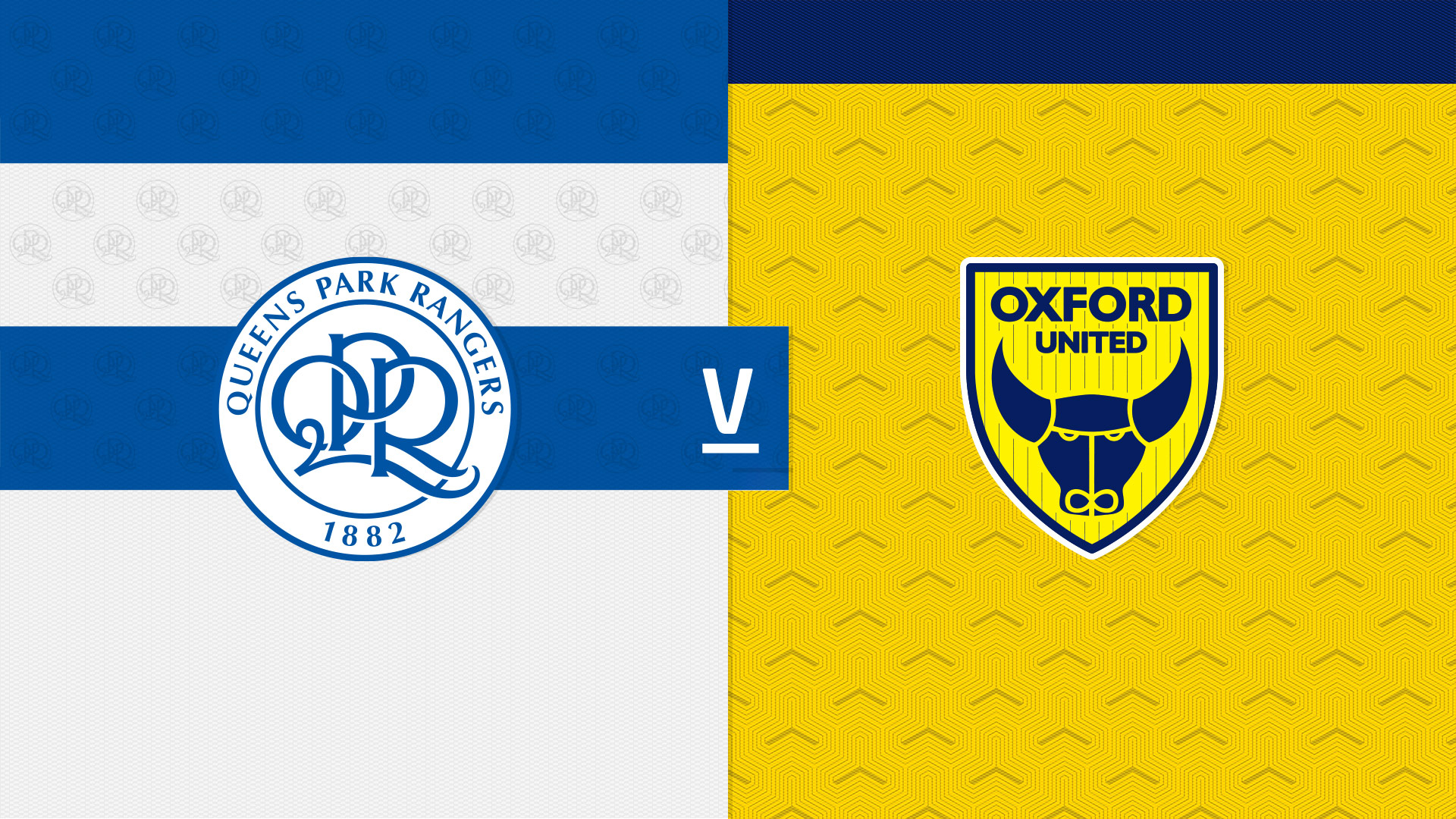 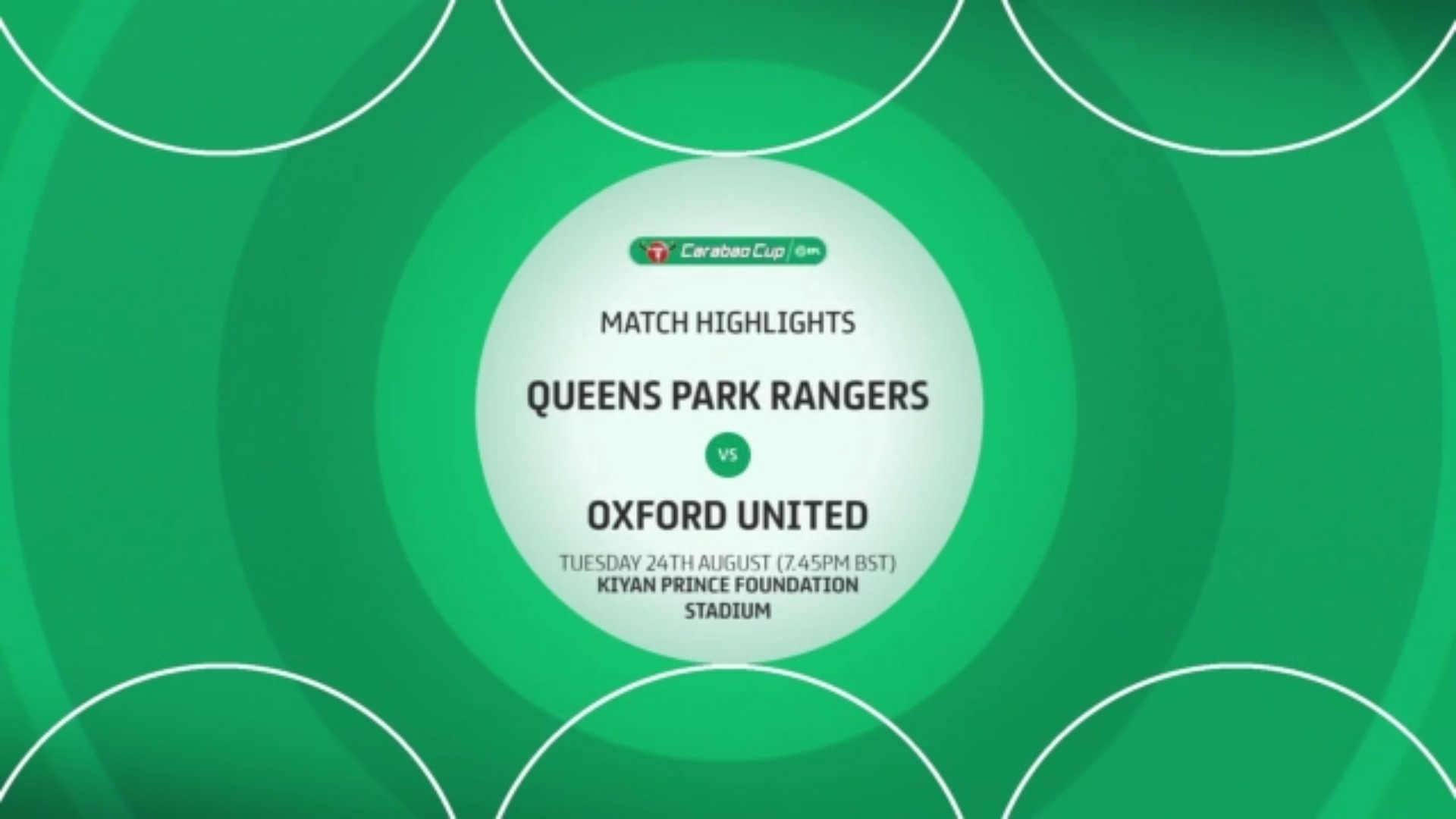 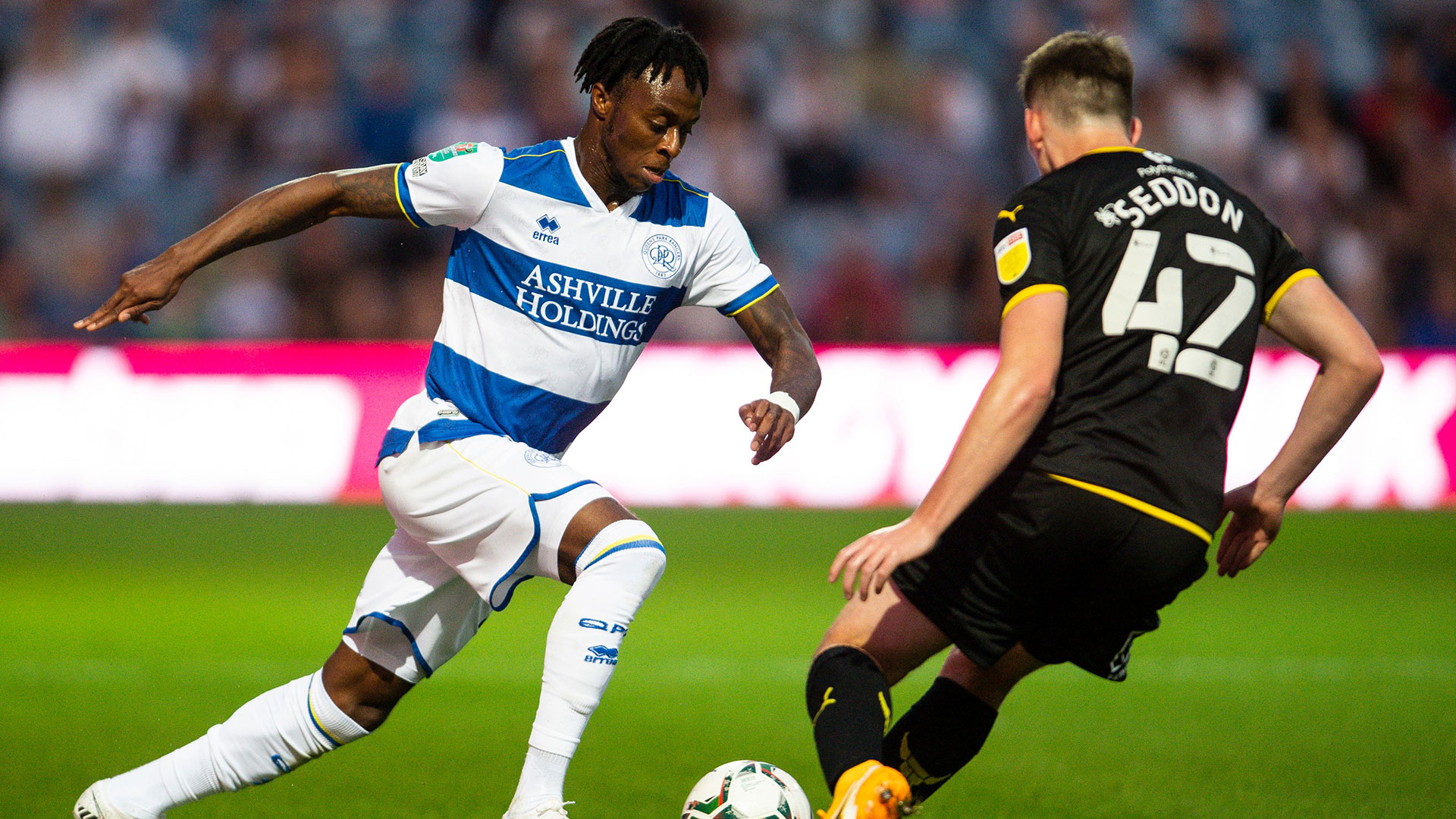