TEAM NEWS
No sooner does light appear at the end of the tunnel with United's injury problems than illness strikes and skipper Cameron Brannagan becomes a major doubt for the trip to Accrington. Brannagan was sent home ill on Tuesday and although results from a covid test came back negative he is still struggling with a virus and may not be involved on Saturday.

With Alex Gorrin still a couple of weeks away from a return after an ankle injury and Josh Ruffels a similar timescale away with a shoulder problem United are also without Sam Winnall as he pushes for full fitness after missing pre-season and John Mousinho who will be out for around a month with a knee injury. Young striker Dylan Asonganyi is the latest to pick up an injury, tweaking a hamstring this week.

The one piece of good news is that Jamie Hanson has returned to full training and could even return to the bench as early as Saturday.

See Karl Robinson previewing the game in iFollow right now where we have an exclusive with Matty Taylor as well as a packed Preview Show featuring Sam Long, the youth team's win over Swindon, club Psychotherapist Gary Bloom and Finance Director Tim Davies.

THE OPPOSITION
Accrington's home form is very impressive - a 2-0 win over Peterborough in their first home league game and then a 7-0 win over Leeds' Under 21 side in the Trophy.

Midfielder Rhys Fenlon has returned to the club this week having spent four years with Manchester City before signing a scholarship with Burnley in July 2018. 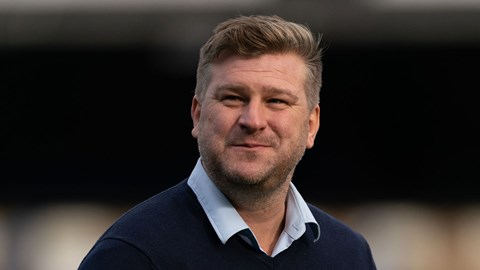 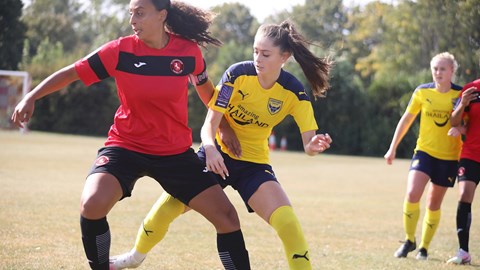 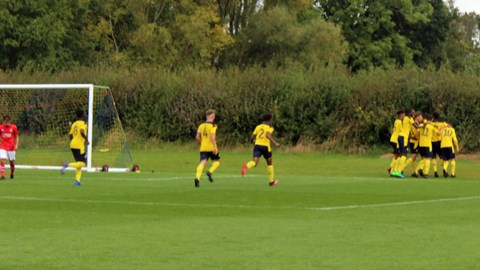 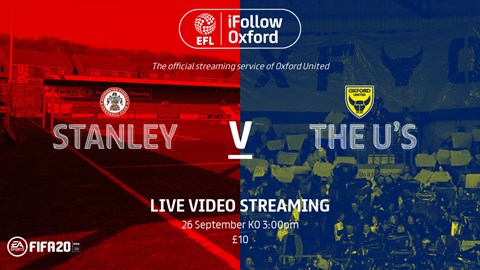 Oxford United started better than their team bus today as they picked up their first three points of the season with a superb 4-1 win at Accrington. After a troubled journey United saw goals from James Henry and Cameron Brannagan and a late two-goal blast from Matty Taylor ease them to victory, despite a Ryan Cassidy penalty for the home side who were reduced to ten men during a quite extraordinary second half.

To say that United’s pre-match preparations had been troubled is something of an understatement. Brannagan and Elliott Moore overcame illness to be in the squad but Mark Sykes was ruled out, and with Alex Gorrin, Jamie Hanson, Sam Winnall, John Mousinho and Josh Ruffels already out through injury, United were stretched even without the drama of the team bus breaking down before they could leave their pre-match hotel!

Given the circumstances, they started well and had the first three half-efforts of the afternoon: a very wayward Taylor drive ruffling the flag display in the empty Farleys Solicitors Stand and the returning Rob Hall slicing a tenth-minute chance well wide after good play from Sean Clare before skipper Henry drove a third effort wide once more.

They got closer by the minute. A fourth effort was down to a training ground drill and saw Dan Agyei nod a 23rd-minute Henry cross against the crossbar. The fifth was even closer: another Hall corner and Rob Atkinson’s volley was hacked off the line as United asked all the questions.

Other than a Cameron Burgess header which looped on to the top of the net on the half hour, Stanley rarely threatened in the first half while United’s best chance came two minutes later when the excellent Hall set Taylor in on goal but his attempted lob was under hit and allowed home keeper Toby Savin to live up to his name, savin it with a simple catch above his head.

A goal was coming and the only surprise was that it took until the last minute of the first half to arrive. Liam Kelly started it with a delicately crafted ball into the left channel for Taylor. He fed Agyei who reached the line and slid the ball across goal. Hall couldn’t reach it, Henry did. 1-0 and United were up and running. 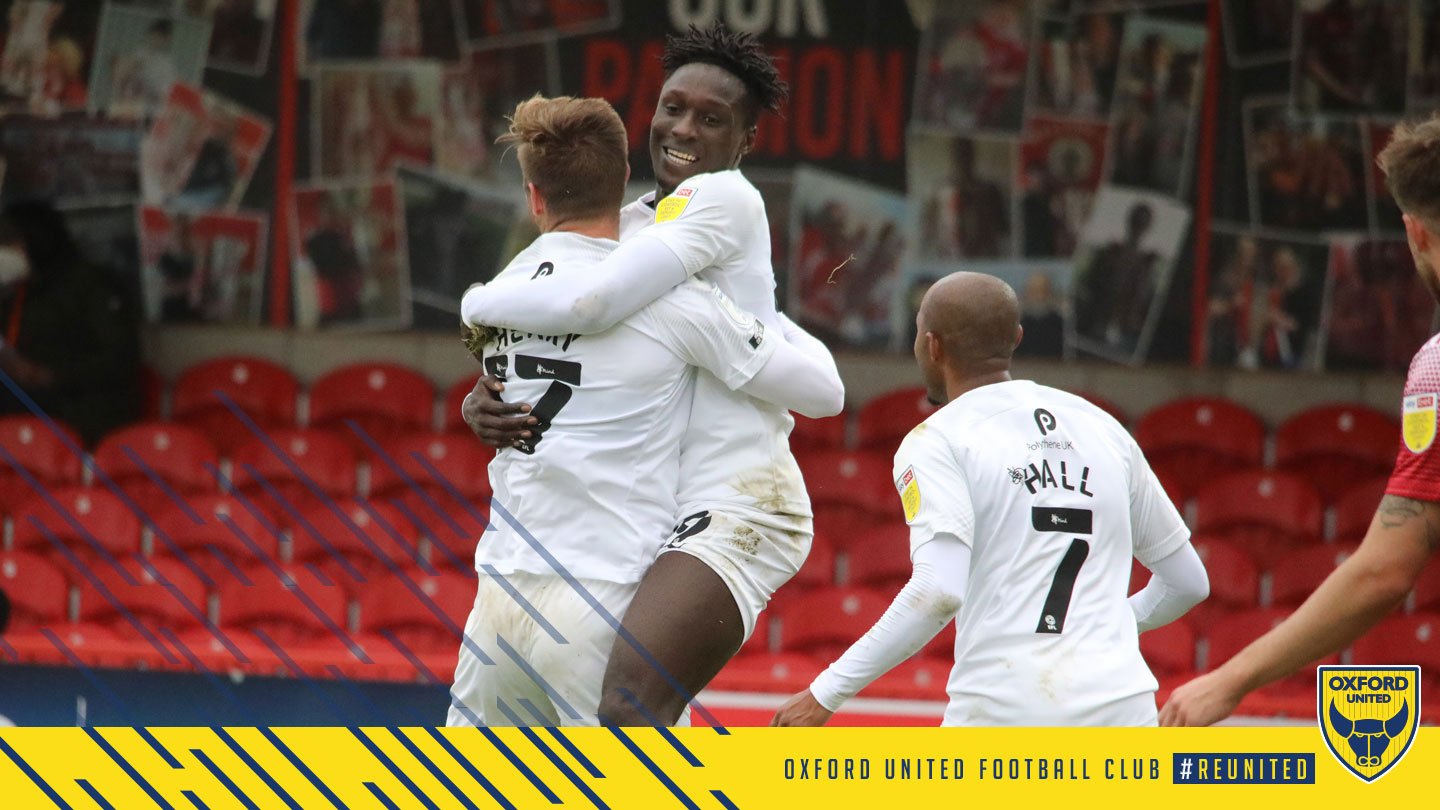 There had been no questioning the commitment in the first two league games but now United had a goal and a lead to hold on to and they began to dig in and show a fierce commitment. Eastwood fielded a Ross Sykes effort but had little else to trouble him until he backpedalled to tip a header away from under his crossbar

That sparked a mad spell. On 70 minutes it was Eastwood who conceded the penalty. Initially ref Joyce waved appeals away when the keeper came a long way to punch a cross away and caught Harvey Rodgers at the same time. Assistant Conor Brown had seen enough to change the ref's mind and Cassidy sent the goalie the wrong way to level things.

Sometimes you need one little bit of luck in such circumstances and within four minutes not only were United ahead again, but facing ten men.

The second goal was a scrambled affair which began when sub Joel Cooper's first activity was a run down the left and a low cross which Mark Hughes, not that one, tried to clear and only succeeded in blasting against Brannagan who knew precious little about his first goal of the season.

A minute later and United had a man advantage again when Charles shoved Eastwood in a melee after yet another deep cross had forced a scramble. Again the assistant had his say and Charles was heading off the pitch while the U's led once again.

They made the most of it with two sweet Taylor finishes. On 85 the striker chested the ball perfectly, swivelled and fired past Savin for a peach of a goal from outside the area. Two minutes later he threw himself forward and headed past the keeper once again for his second. No savin that and in their new white kit, United had been the Real deal.

We never got carried away after two defeats. One result changes nothing. Upwards. Onwards. On to Crewe at home. 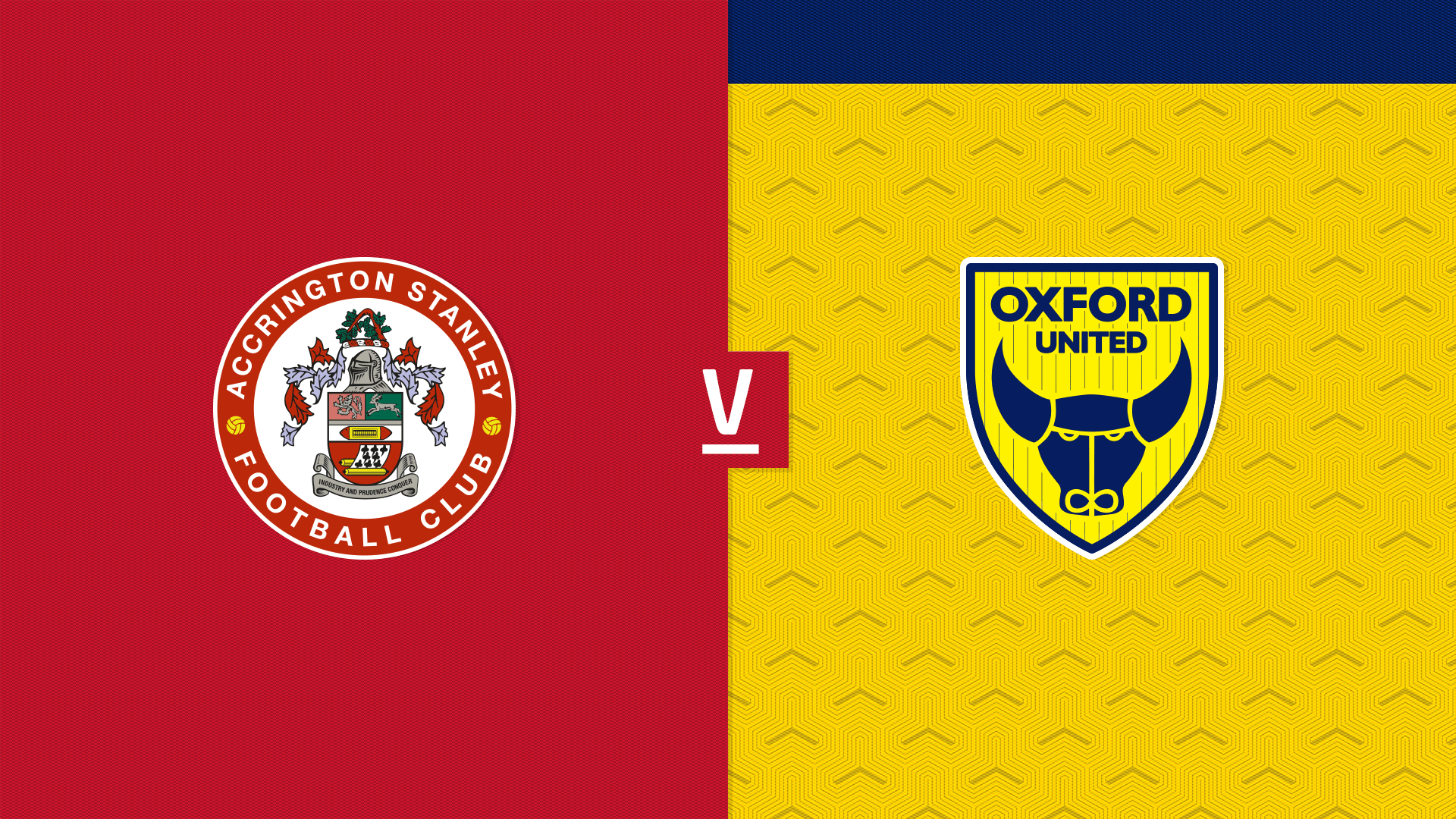 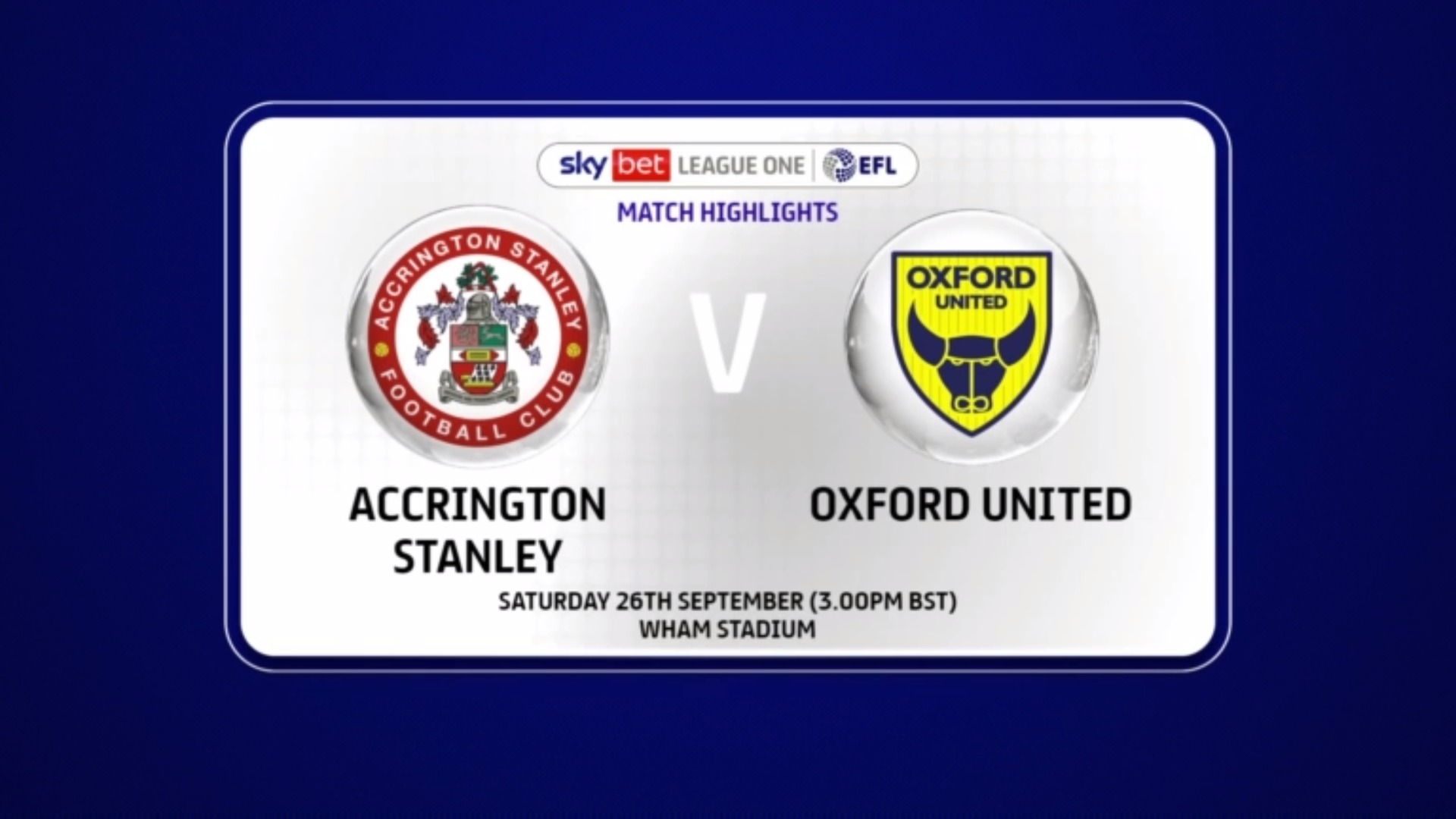 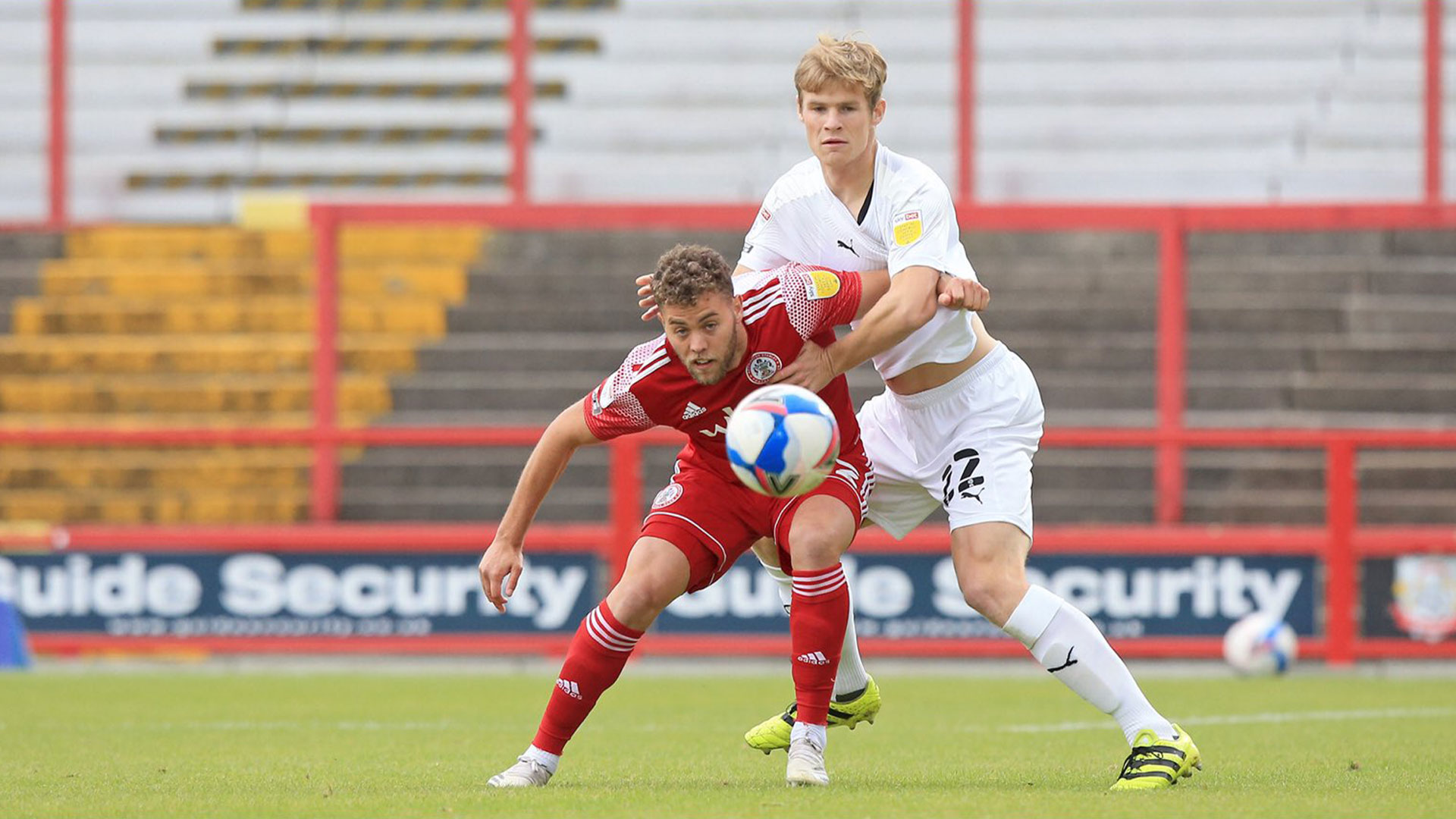