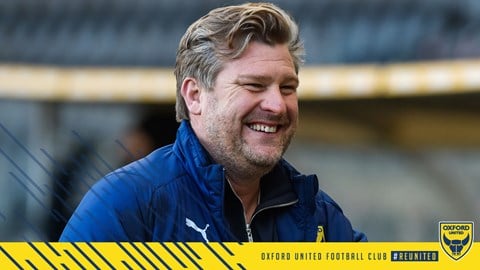 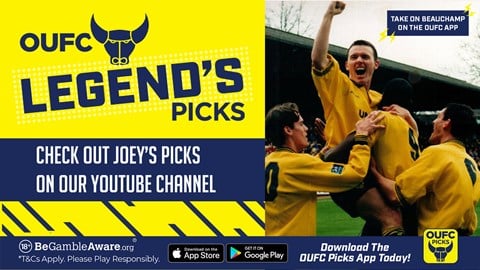 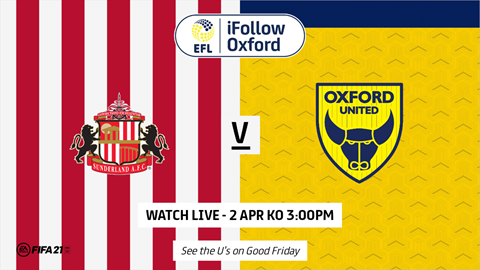 Oxford United were shown two red cards and beaten 3-1 at Sunderland this afternoon. Having led through a superb goal from James Henry, the U's were pegged back by a Lynden Gooch goal in first-half injury time. A red card for Mark Sykes and a goal from Aiden McGeady were followed by boss Karl Robinson being sent to the stands, and a clinical third goal from Max Power to complete a frustrating afternoon for the U's.

United, in a yellow-white-white combination and without the injured Josh Ruffels from the side that beat Lincoln in the previous game, got little change out of a well-drilled Sunderland defence in the first 20 minutes but were tight and well-organised themselves, with both sides wary of giving each other room to create from open play.

The first time the game truly opened up was the moment the game changed and United took the lead. Brandon Barker did the leg work, carrying the ball from the centre circle and attracting covering defenders to him before timing his pass perfectly for Henry in space on the right. Keeper Lee Burge set himself but Henry’s drive was immaculate, curling and flashing past the keeper and nestling just inside the far post for a splendidly taken opener. 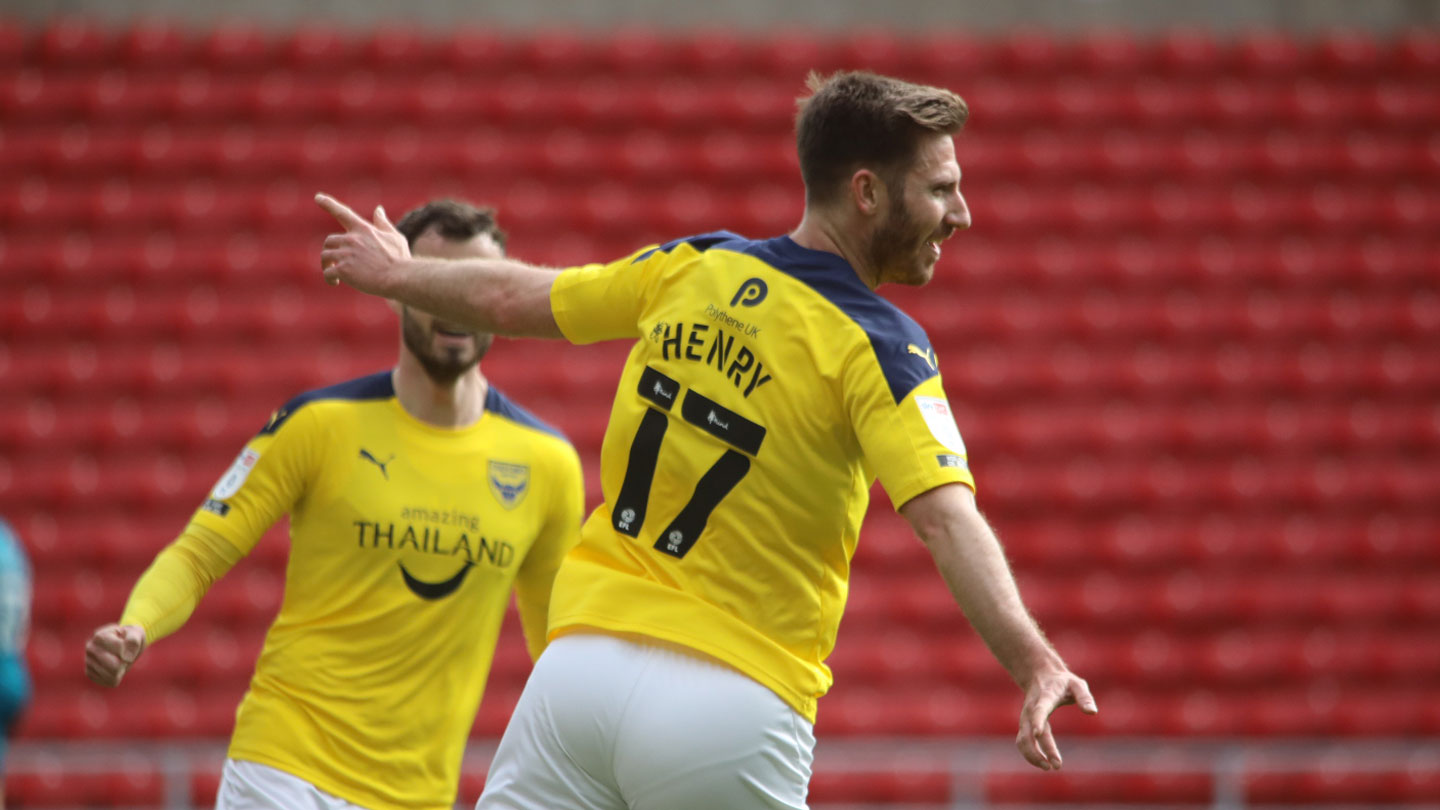 The Black Cats retaliated but didn’t truly test Jack Stevens until the last minutes of the half, first when McGeady’s free kick was pushed away by the United keeper and then when they levelled in injury time.

Jordan Jones created the goal, flicking his way past stand-in left-back Jamie Hanson before delivering a low cross which Gooch tapped home with the last meaningful touch of an entralling first half.

Barker was spreading panic every time he got the ball and United continued to look the more likely team to score as the second half picked up speed. Anthony Forde sliced wide and United were pressing, but then a challenge at either end changed the tone of the game.

The first came from Hanson when he timed a slide to perfection to rob Wyke just as he prepared to shoot. The ball was swiftly transferred to the other end and Shodipo crossed dangerously into the six-yard box. Sykes threw himself into a challenge but caught his man and was shown a second yellow card, with the inevitable red quickly raised above ref Trevor Kettle's head and Sykes trudging off disconsolately.

A man light but still prepared to go forward, Shodipo had a shot blocked and Moore tested Burge's handling with a header from the corner before the in-form home side started to apply the pressure. Jones rattled the crossbar on 68 with Stevens beaten, then curled a free kick over the top two minutes later as United began to concede ground.

Tired legs were replaced with Liam Kelly, Elliot Lee and Dan Agyei thrown on after 75 minutes, but controversy soon followed when a challenge on the edge of the box saw Brannagan baulked and knocked over.

Ref Kettle saw it as a free kick for the home side and that was taken immediately, with Brannagan still on the ground. Gooch dribbled into the box, the ball went to McGeady and his smart finish made it 2-1. Robinson, incensed, was sent from the dug out before play restarted, protesting both his innocence and the injustice of a free kick he felt should have gone his side's way.

United still battled away and tried to get something out of the game, but Sunderland knew just a little too much and in injury time Chris Maguire rolled the ball across and Power planted the ball past Stevens to end any doubt.

A terrific effort but the U's now have to regroup with another big game, at home to Accrington Stanley, on Monday. 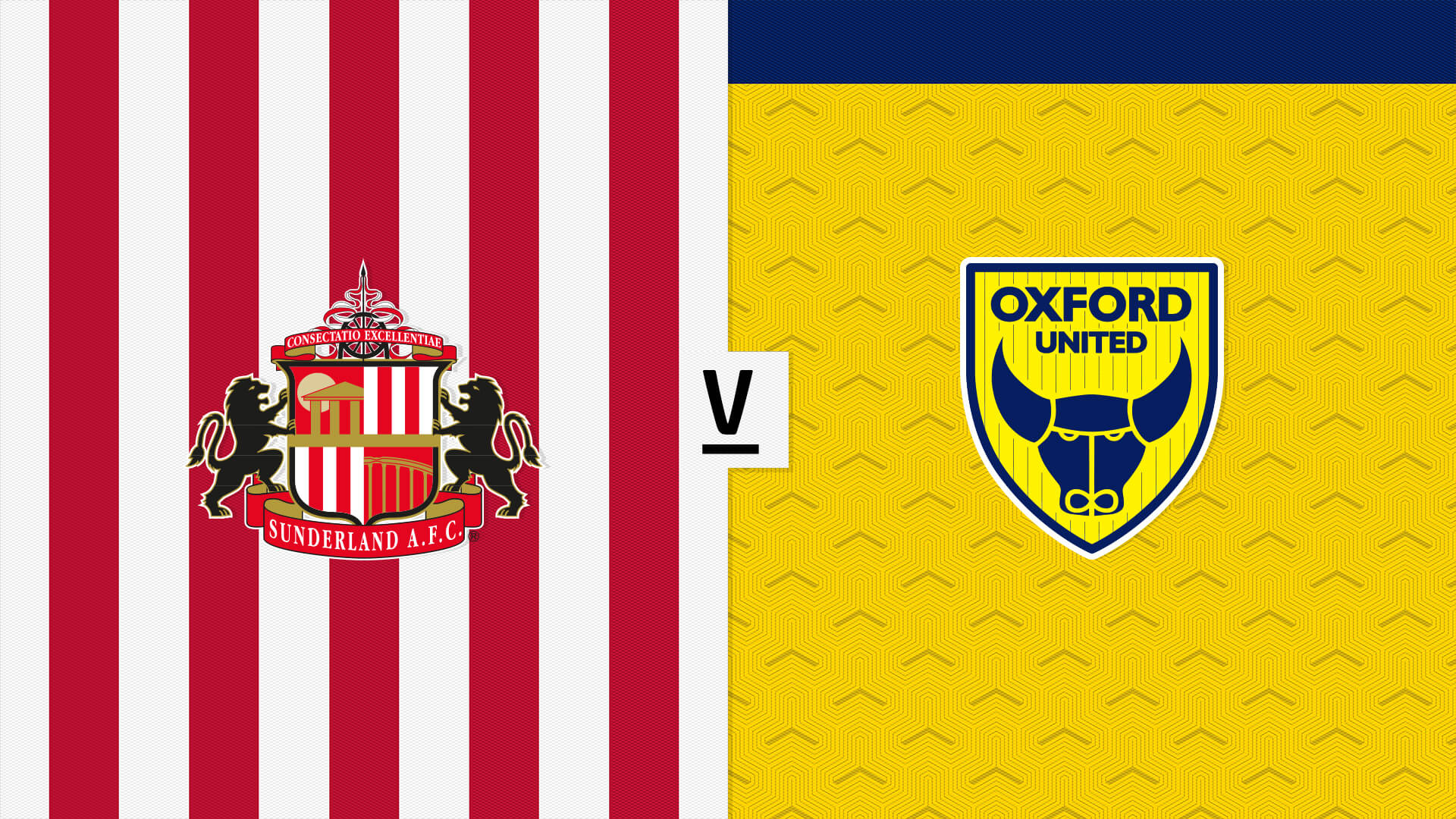 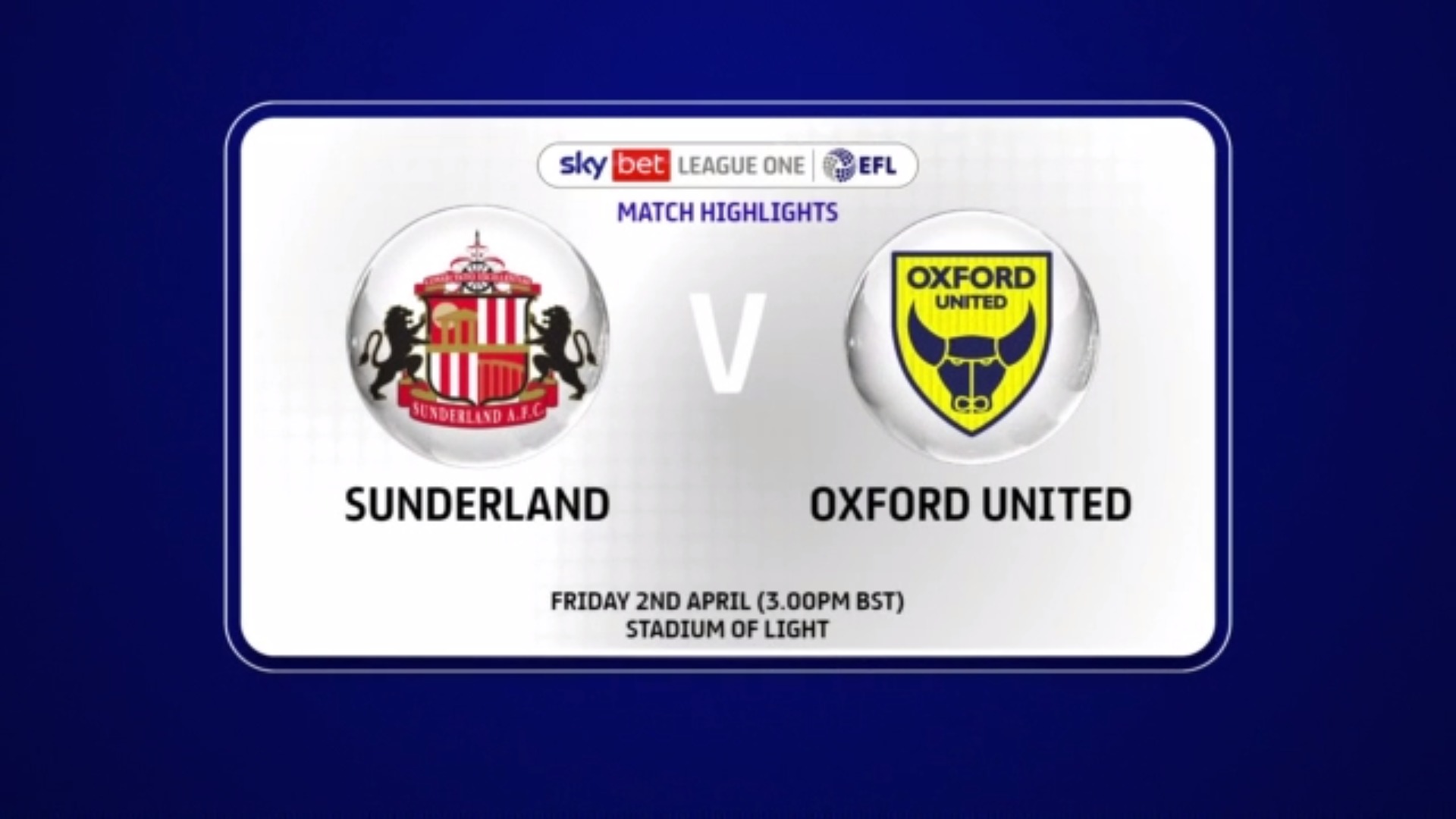 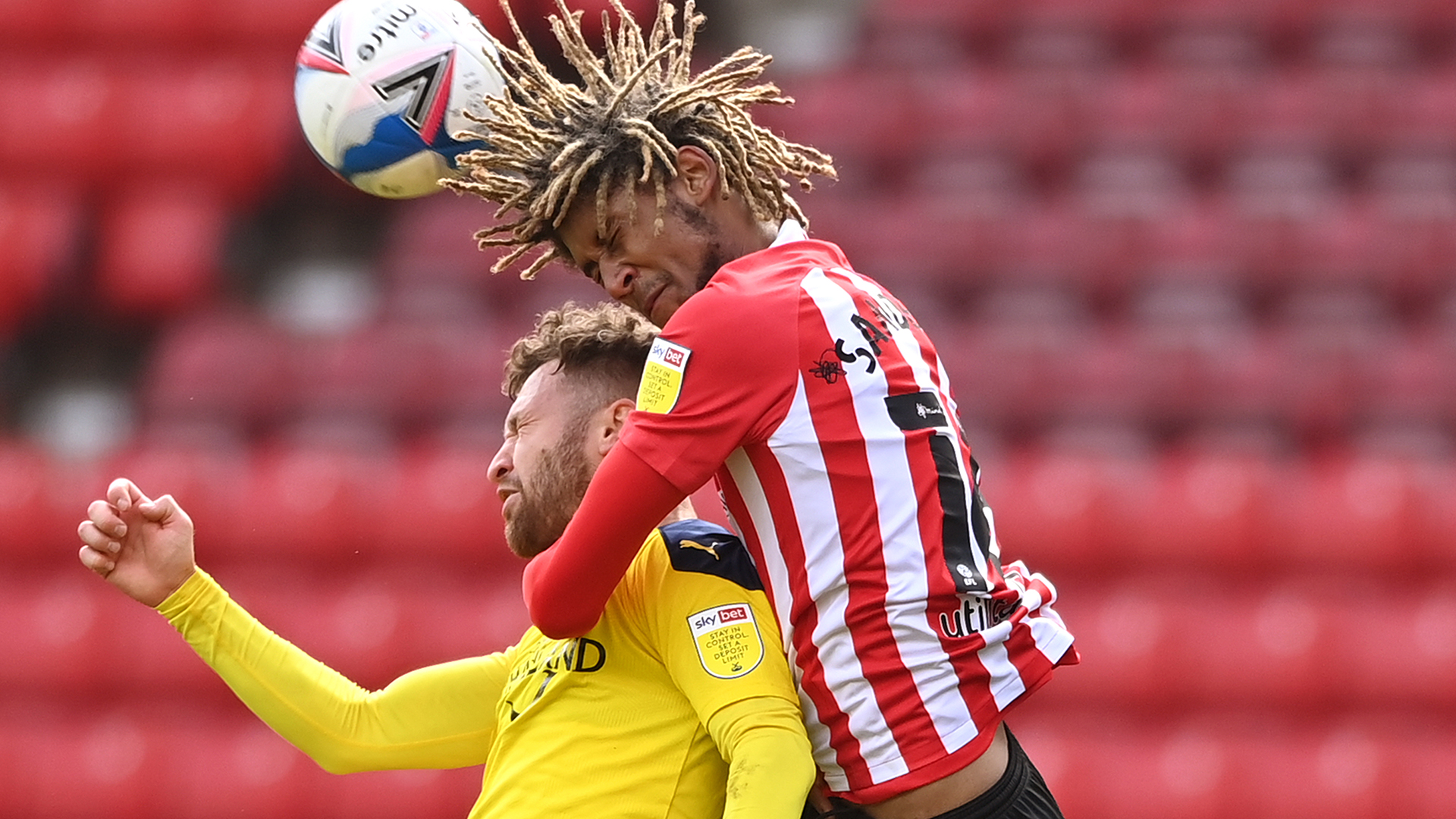