TEAM NEWS
Sam Long made his return to the side against Accrington on Monday and Josh Ruffels could be involved for the first time in two weeks after a knee problem.

The U's have Alex Gorrin and Rob Hall back in light training after thigh and ankle injuries respectively but both are still a week or two away from featuring in the squad while Marcus McGuane and John Mousinho remain on the long term injury list.

Karl Robinson is likely to be in the stands rather than on the touchline - official confirmation is expected later today after his red card at Sunderland on Good Friday.

Hear Karl's thoughts in iFollow right now along with chats with Elliot Lee and Simon Eastwood, and you can of course also see the whole game live. 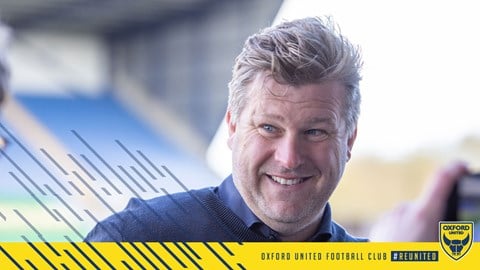 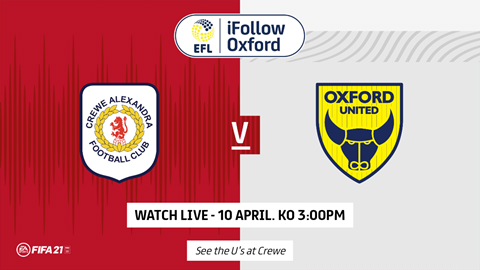 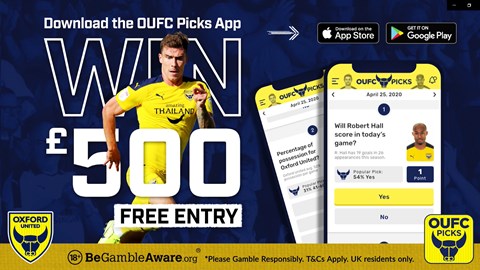 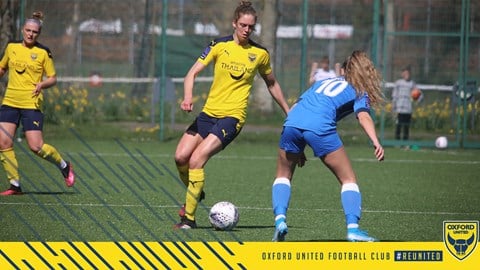 THE OPPOSITION
Crewe have lost their last two home games but a win would lift them above the U's and Assistant Manager Kenny Lunt told the club's official website:

“We have lost the last two at home but before that we had been very strong at home and we have to get back to that and make it a difficult place to get a result again. We want to win every game we have left and finish as high as we can.

“We know how competitive this league is and know how difficult but that is the challenge. They are all good teams in this league and you have to earn every point you get. You cannot underestimate anyone or take anything for granted and we don’t. We respect everyone the same and prepare the same.

“We have a lot of games in the last month but that has been the case for much of the season. There will be no excuses from us and that is what we have a squad for. It will be tough but we will do everything we possibly can to finish as high as we can. “

WOMEN
Good luck to Oxford United Women who take on Billericay Town Women at Court Place Farm in the Vitality Women's FA Cup on Sunday. You can stream the whole game for FREE HERE 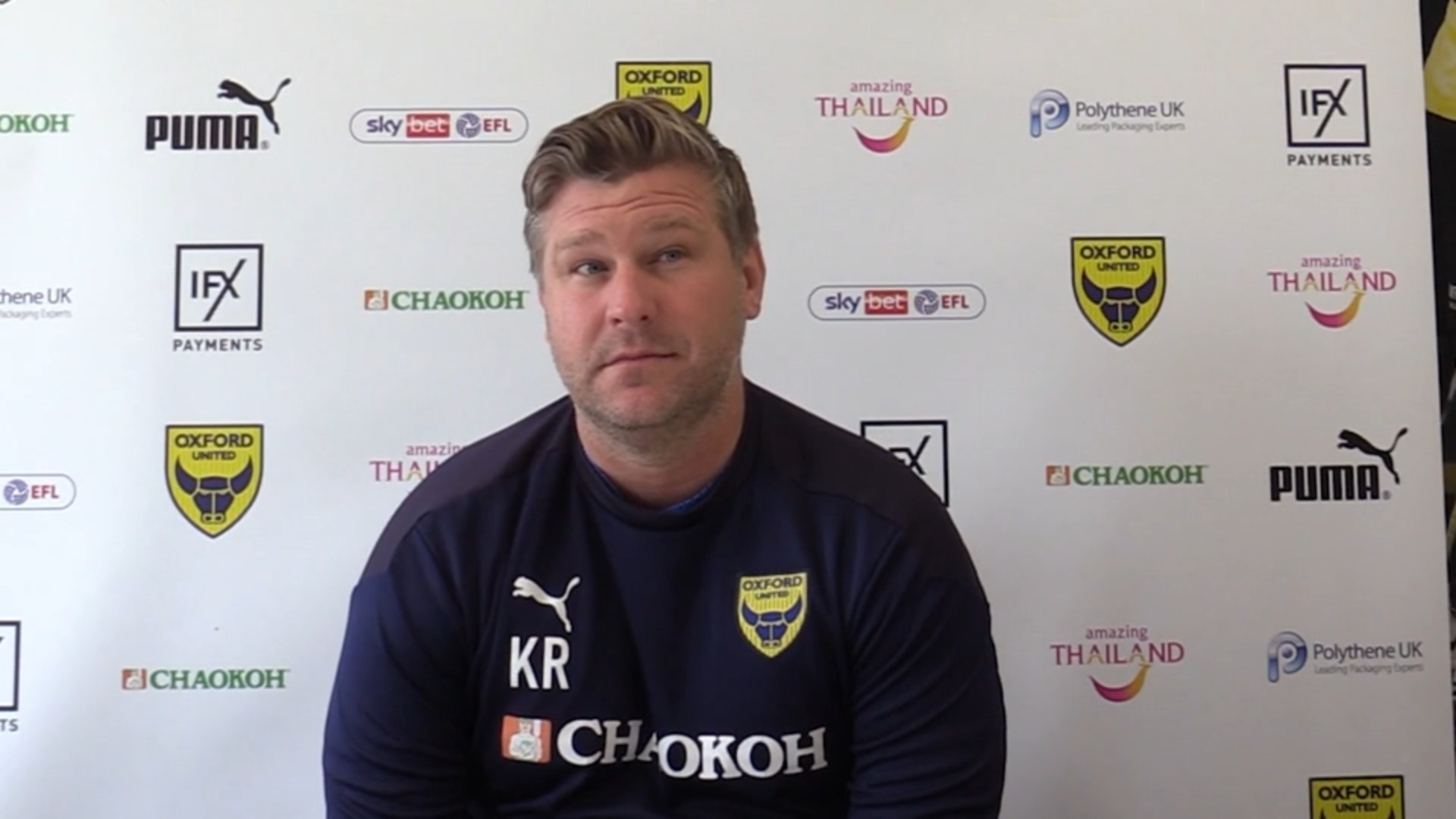 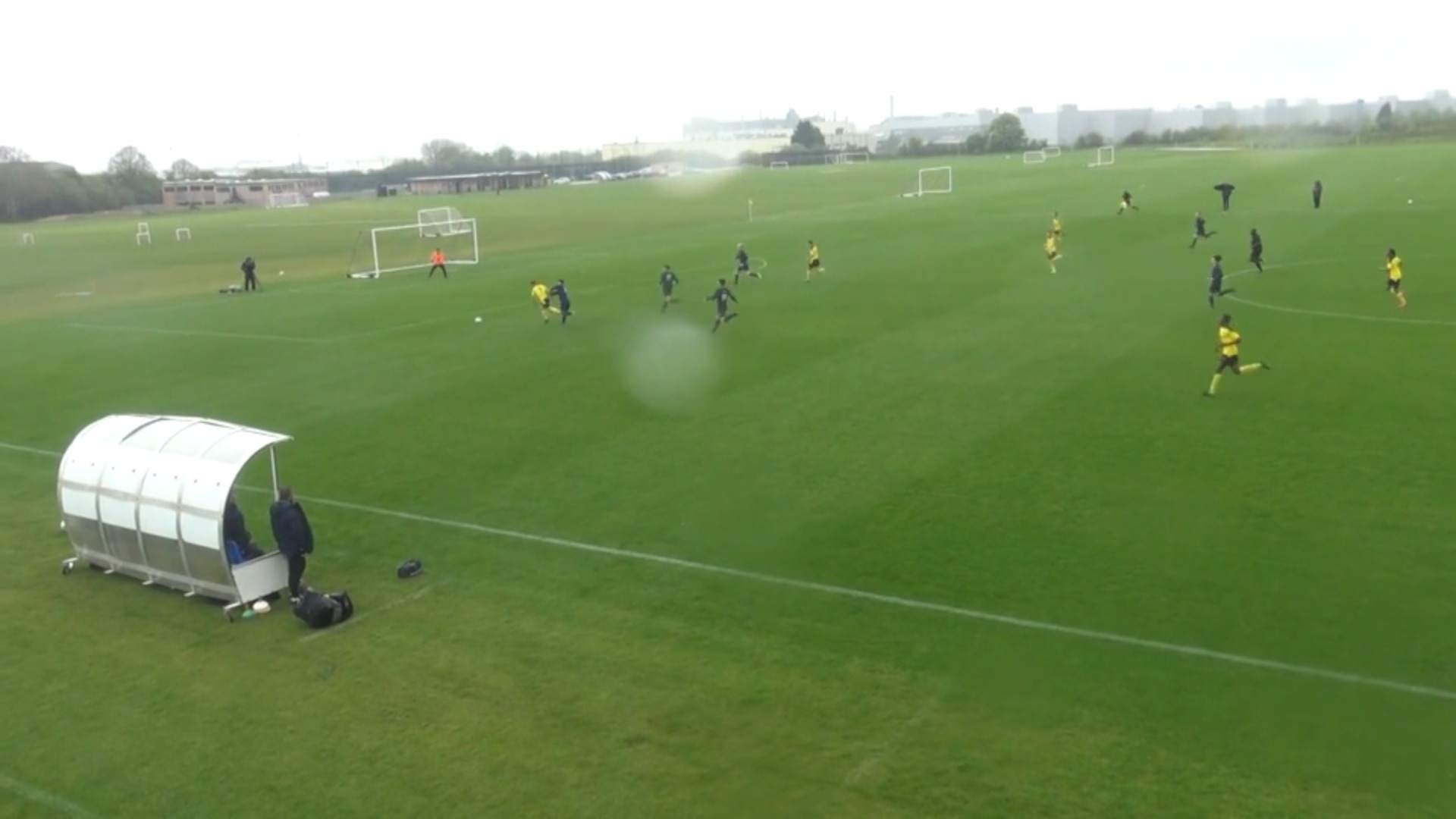 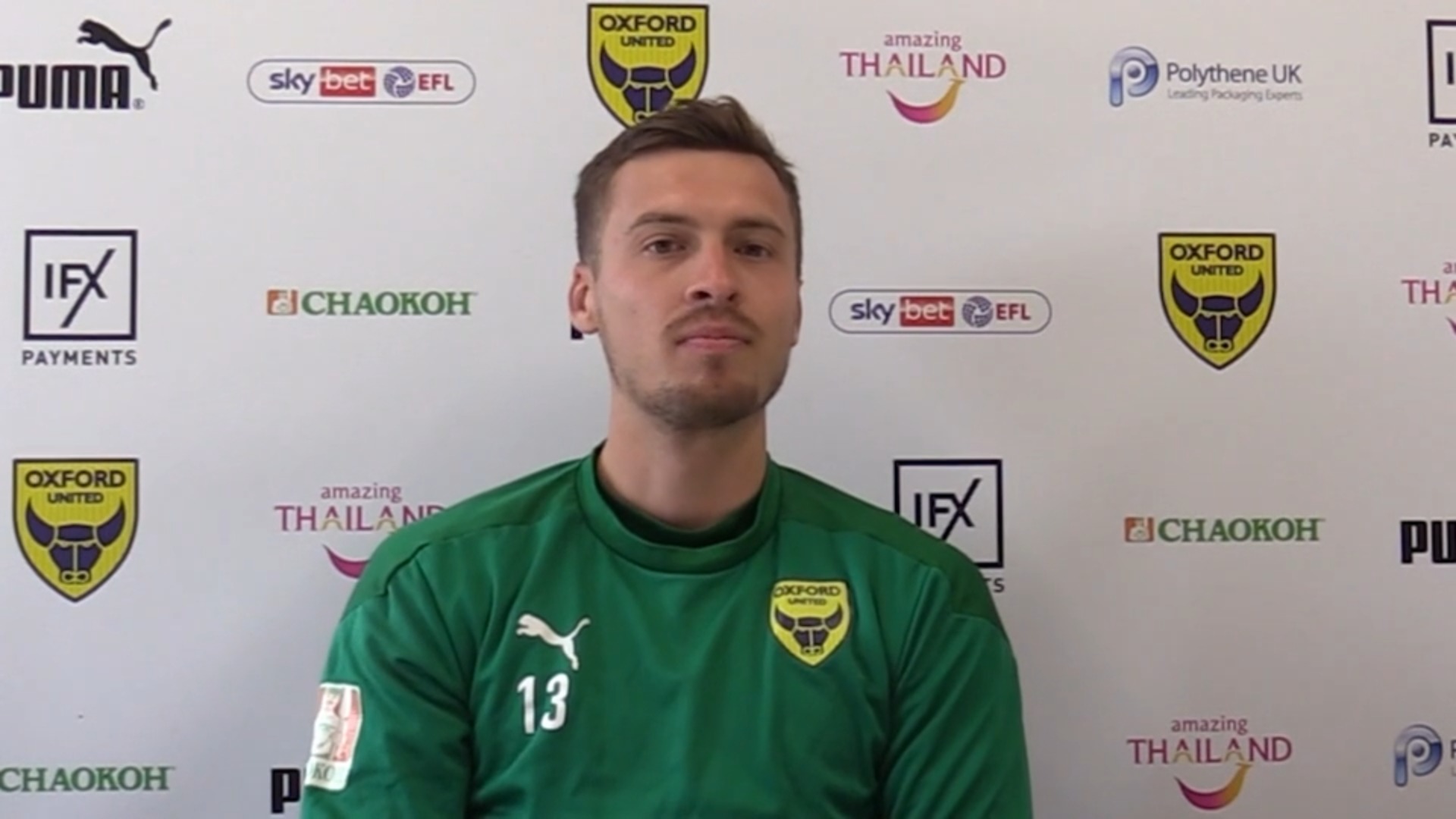 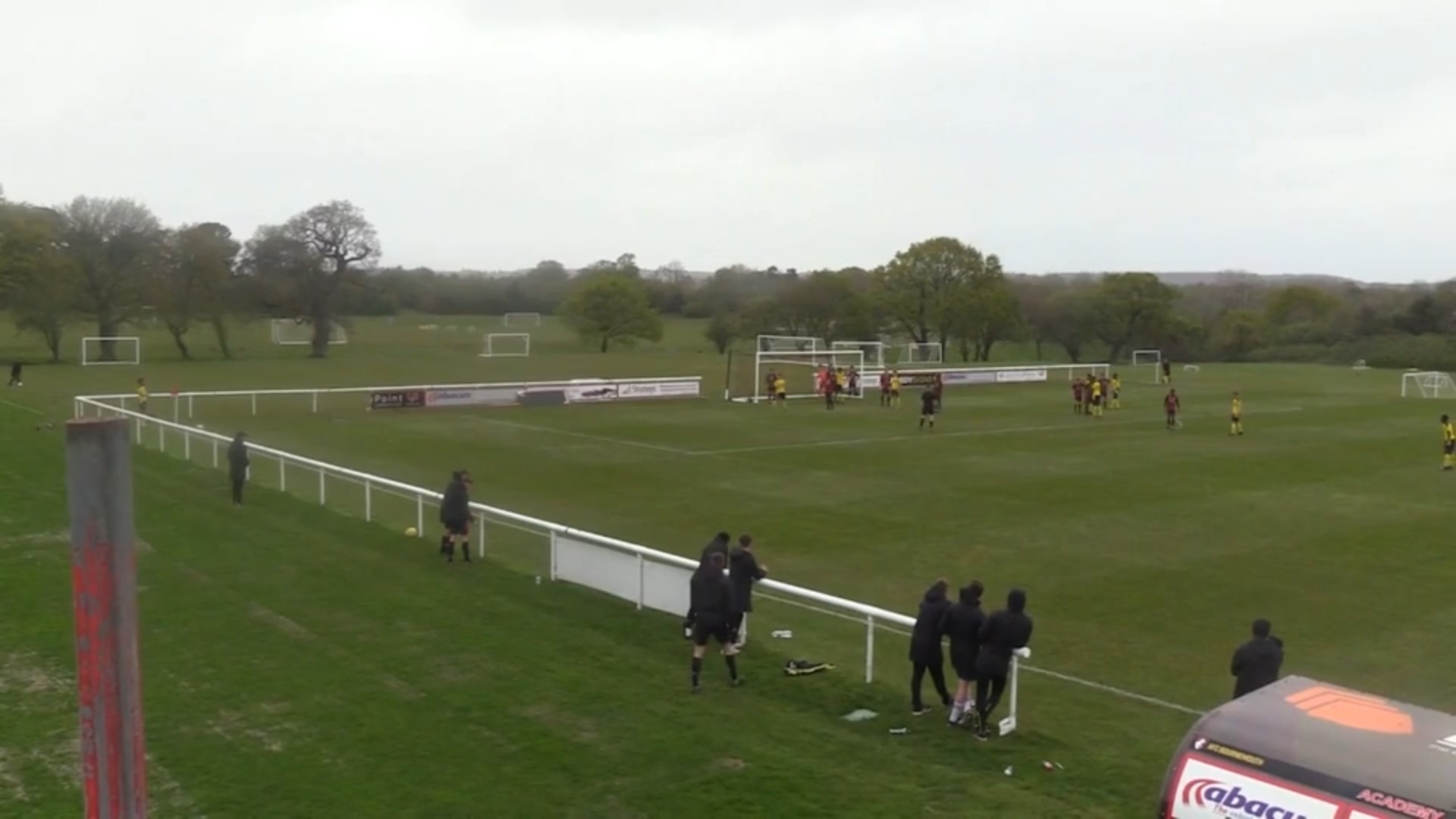 Oxford United cruised to a 6-0 win at Crewe this afternoon as they kept their season alive with a superb performance that revived hopes of a play-off place. Goals from Josh Ruffels, James Henry, Elliott Moore, Brandon Barker, Cameron Brannagan and Sam Winnall gave United their best win of the season, equalling a club record away from home, after a stunning spell either side of the break gave the U's complete control.

After snow, sleet and rain in the build up, there were always going to be errors on a sodden pitch and United almost took the lead in bizarre circumstances when defender Omar Beckles almost lobbed his own keeper with a lofted back pass in the opening minutes.

Owen Dale had the home side’s best chances before the goal glut, heading wide after 23 minutes and blasting wide four minutes later when he had the whole goal to aim at from ten yards out, but United then turned turned ice cold in Alex with an amazing five goals in 15 minutes either side of the break. 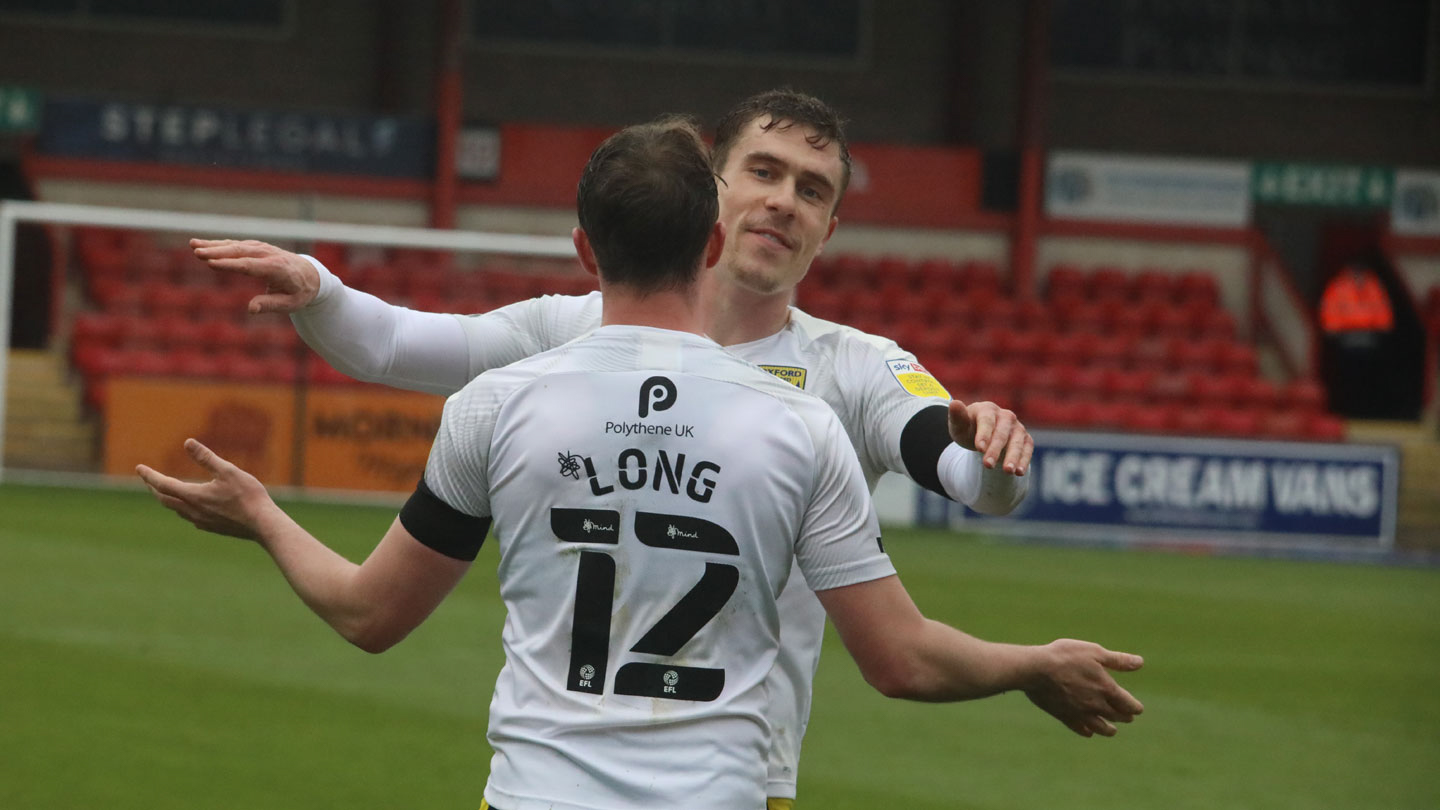 The first came on 37 when Ruffels marked his return after injury with the opener. It was a home-made effort with the full backs at the heart of it, Sam Long joining the attack and crossing to the near post. Sykes flicked on and Ruffels got up well and generated just enough power to get the ball home inside the left-hand post.

Four minutes later and United were 2-0 up. This time Ruffels started rather than finished the move, pressuring a defender into a mistake and allowing the excellent Barker to burst between two men before cutting the ball back. Taylor missed his kick but Henry made no mistake, thumping the ball home to double the lead. 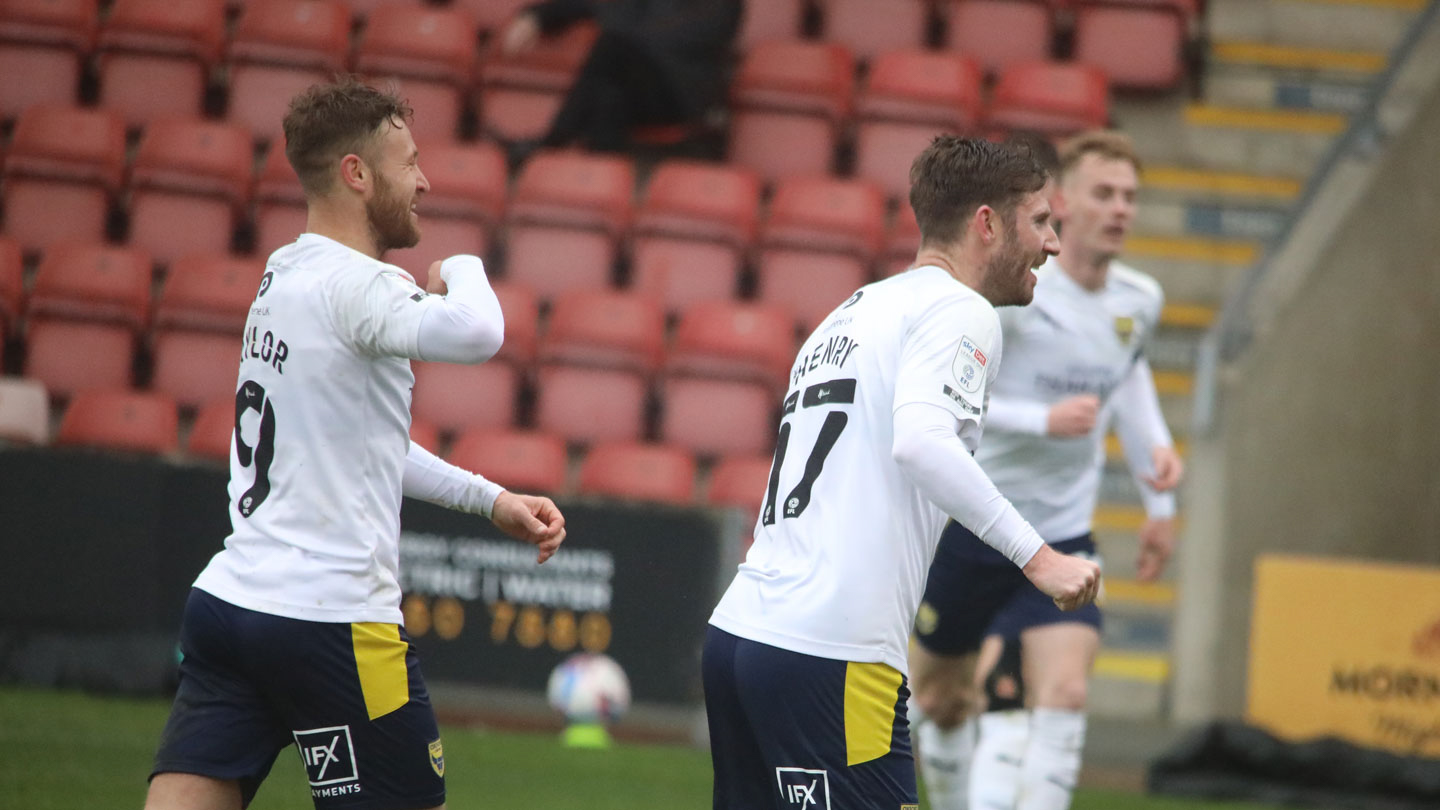 It got even better in injury time when Henry floated in a free kick and Moore touched it down then poked past the exposed goalkeeper to leave United Crewesing at half time. 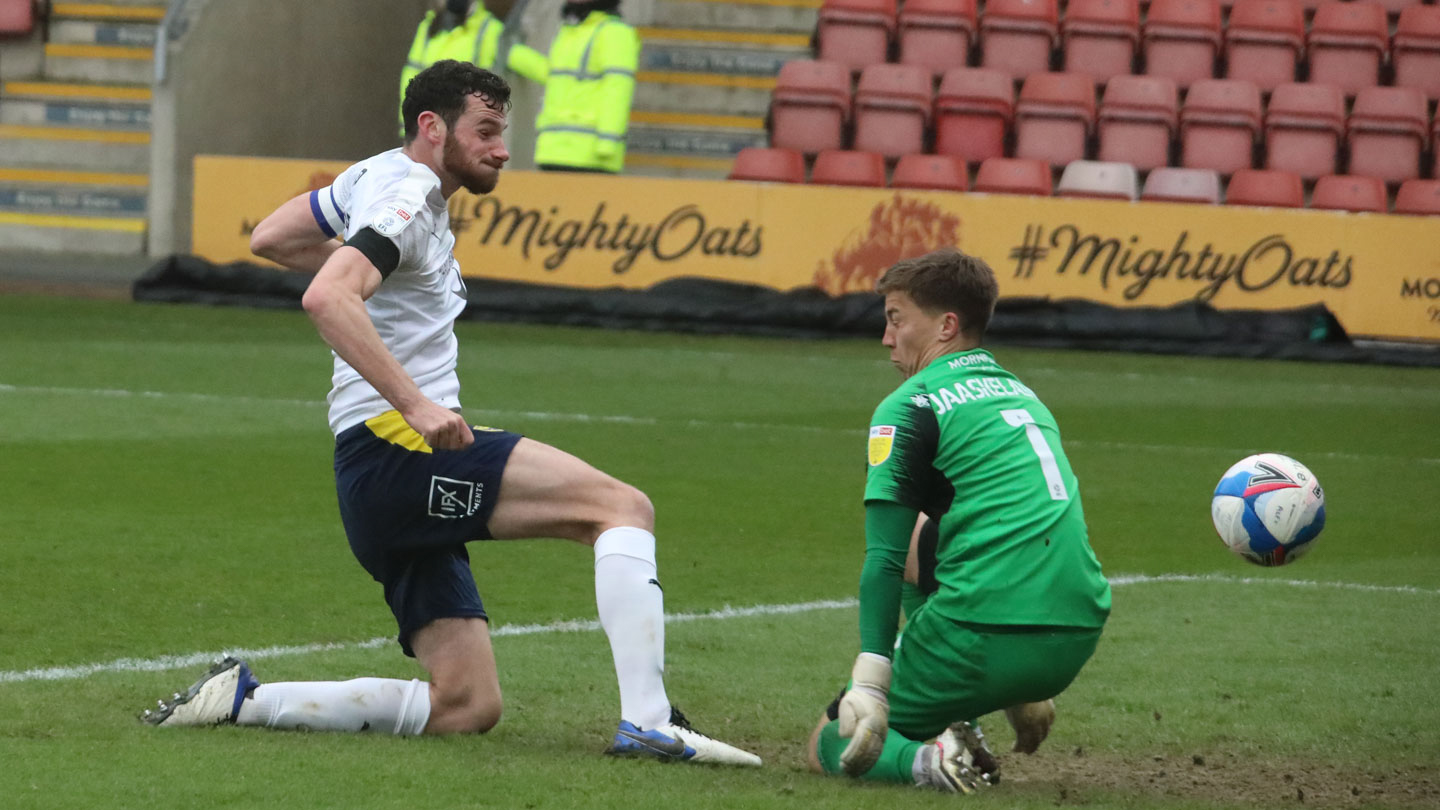 Alexandra had not been Great in the first half and made a double substitution at the break, but Crewe still didn't look so solid and before the changes could have any effect United were two more goals up and the Railwaymen had been shunted well and truly into the sidings.

First Barker made it 4-0 with the best goal of the lot, bursting past his full back, driving to the edge of the area and then firing into the far corner for a beautiful goal. Three minutes later it was 5-0 when the non-stop Sykes bustled past an overworked defender and was tripped. Brannagan’s penalty was saved but ran perfectly for him to bury the rebound and make it 5-0 with 40 minutes still to play.

The home side stepped up and created one or two chances but the game was effectively over. A quadruple substitution allowed United to rest legs and help players get match minutes and they still made chances, Sykes dragging one wide, Henry denied by the keeper, Winnall floating a rebound over the bar.

Another goal was always on the cards and with six minutes left the subs provided it when Agyei found space on the right and crossed to the back post for Winnall to head down and past the keeper for another excellent team goal.

Six goals from six different scorers and a club record away win, set at Lincoln last season, equalled. Job thoroughly done and the suspended Karl Robinson all smiles in the stands. Don't get carried away by one win, but yes, it's OK to dare to dream again. 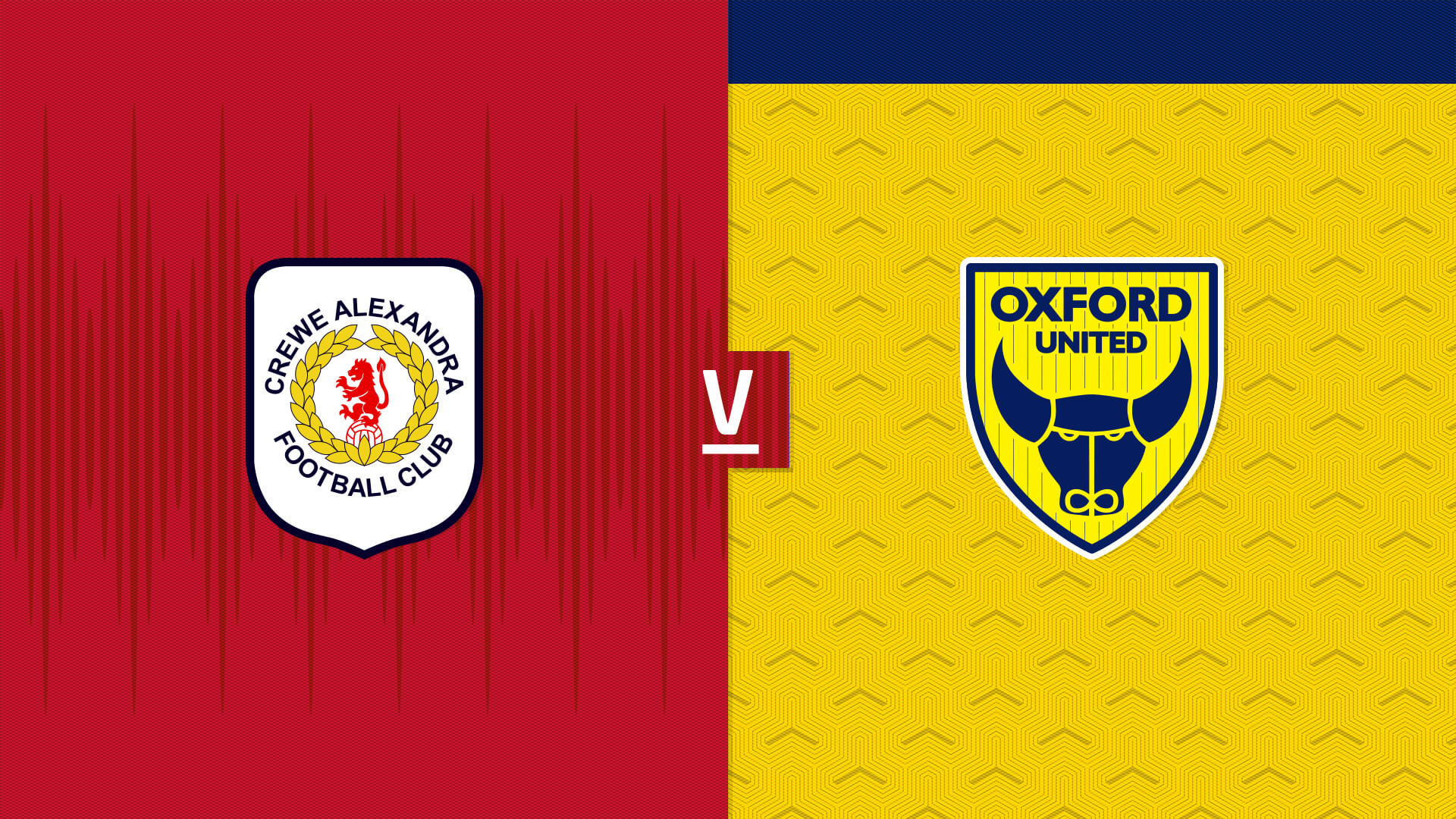 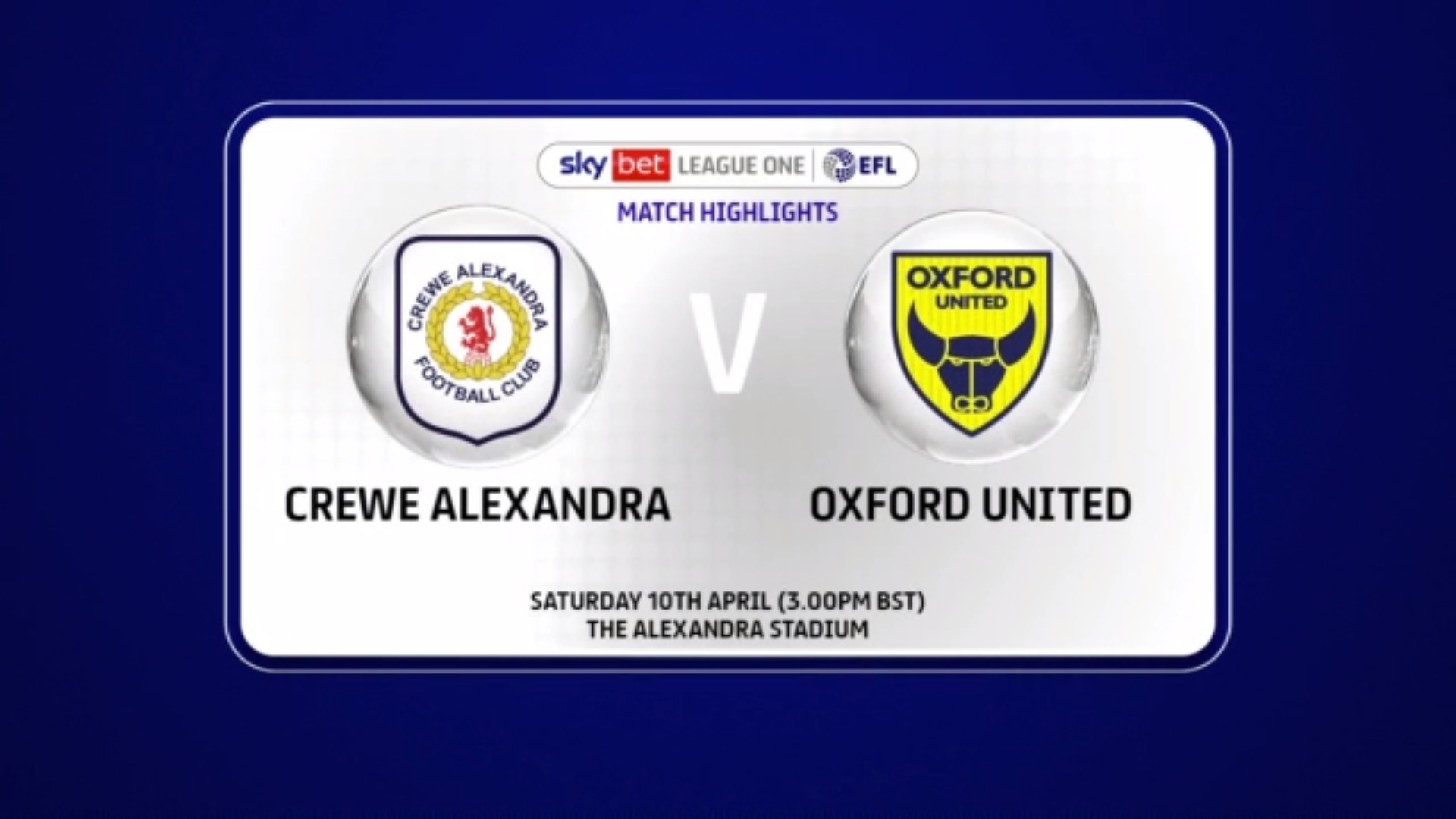 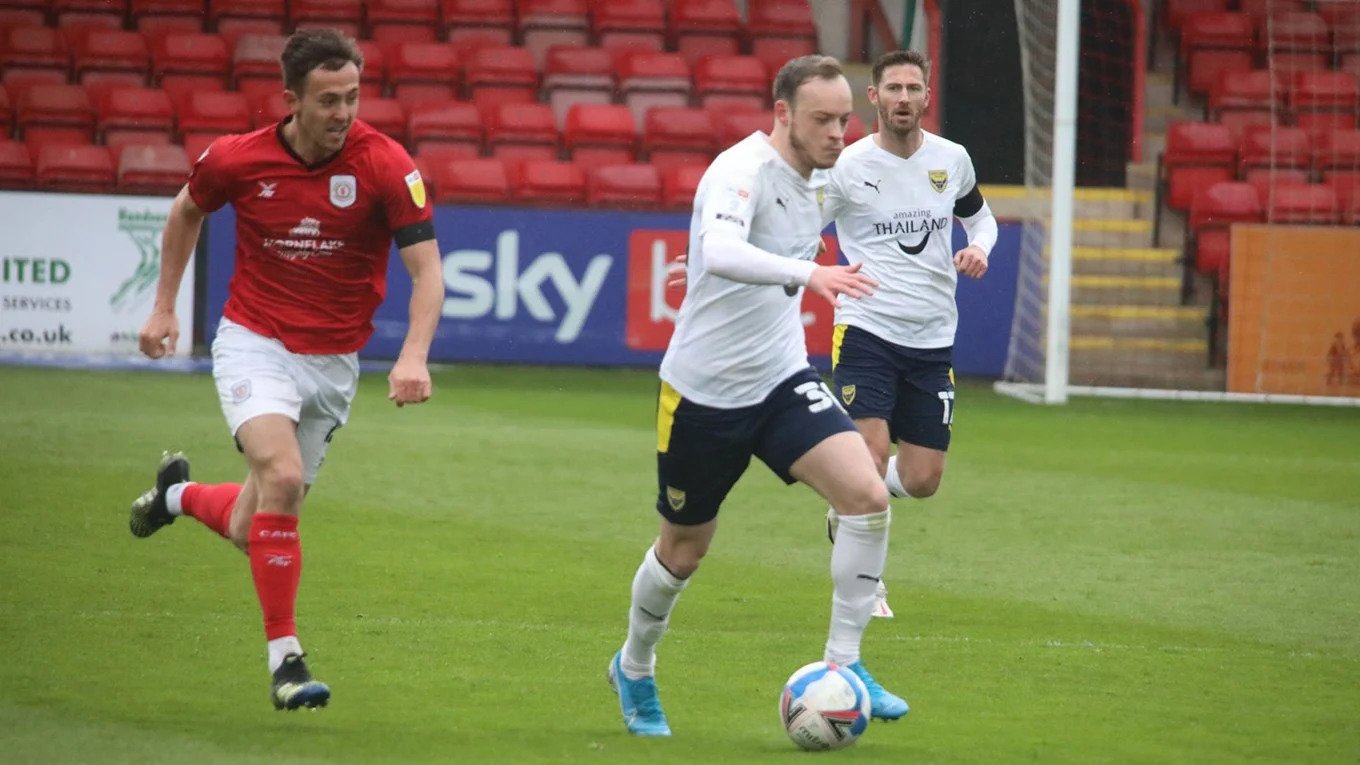