Team News
United are without Ben Woodburn and Anthony Forde after the pair picked up injuries at Accrington last Saturday. Woodburn had an operation on Monday on a broken metatarsal and is likely to be out for around three months while Forde, having come on as a sub for Woodburn, was then replaced himself after picking up a groin strain which will keep him out for two or three weeks.

Alex Gorrin is likely to come back into midfield where Jamie Hanson is still missing with a hamstring injury.

The Opposition
Doncaster Rovers manager Darren Moore took over from Grant McCann in the summer and has guided his side to tenth in the table, just behind the U's on goal difference.

“The facts speak for themselves – I arrived here just before the start of the season,” Moore said this week. “The team is relatively new. I think we’ve got two players starting that were starting games last season. We’re a squad, we’re in it together. It’s a new style of play, a new philosophy.”

“While we continue to work to try to get better the games are coming thick and fast,” he added. “But I’m hopeful that people have seen a change to the team that was here last season in terms of the personnel, the bodies and the style of play.” 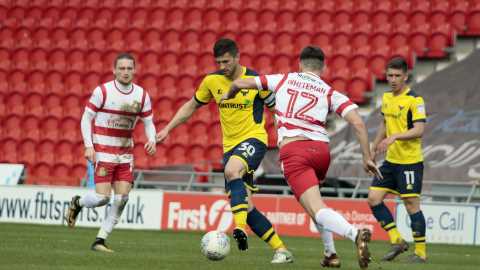 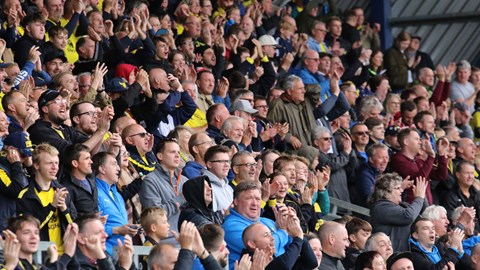 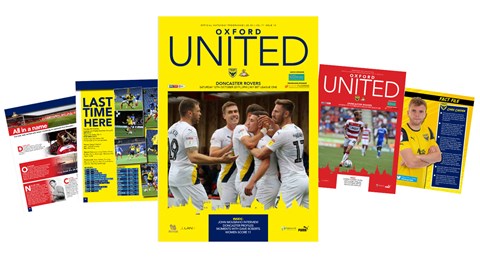 This season you can download your ticket to your mobile for use on the day - no need to even print it.

FAMILY
The Family Room is open for this game with player visits and we have a full Family Guide to games available here: OUFCFamily.pdf
SENSORY ROOM
We are proud to have a bespoke Sensory Room for fans under 23 who maybe need to take a little time out on a matchday with our fully trained helpers. Just ask a steward if you would like to use it or email Supporter Liaison Officer Kath Faulkner for more details: kfaulkner@oufc.co.uk
Parking
There are circa 2,000 free parking spaces at the stadium.
Away fans-  Please park in the West car park - the one closest to the cinema and bowling complex at the fence end of the ground.
AWAY GUIDE
If you are a Doncaster fan travelling to the game then a full Supporters Guide is available here: OUFCAwayDayInfo.pdf
CLUB SHOP
The Club Shop is open and the new home and away kits are available as well as hats and scarves as the winter weather approaches...
COVERAGE
You can follow the whole game on twitter through @OUFCOfficial, or here in our Match Centre, and hear the game in iFollow if you are in the UK or see it if you are abroad. 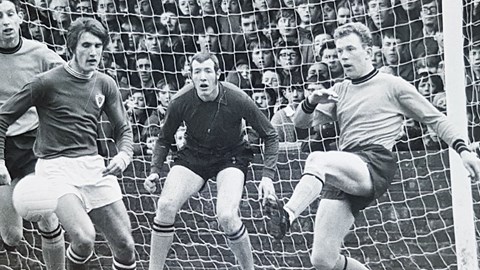 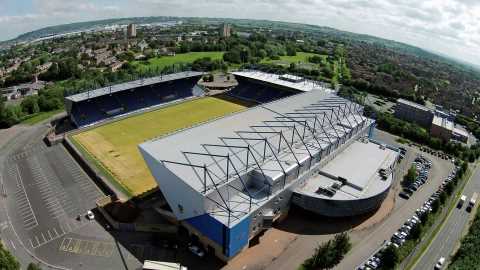 Oxford United's unbeaten run stretched to eight games with another convincing win this afternoon. Two goals from top scorer James Henry and a Cameron Brannagan strike earned the U's a 3-0 win over Doncaster in  another thoroughly enjoyable performance that saw United close the gap on the play-off places.

With Matty Taylor ruled out through sickness, United kicked off in a 4-1-4-1 shape with Alex Gorrin and Jamie Mackie the Ones. Last seen at Lincoln when United won 6-0, the shape clearly suits them and meant some slick pass-and-move football from the very start against a Rovers side who are also a good football side, which led to an interesting technical encounter between two very well-drilled teams.

There were a couple of half chances, nothing more, at first with an off-balance Mackie steering the ball into the gloves of keeper Seny Dieng from close range, but lengthy treatment for Mark Sykes and Simon Eastwood half way through the half saw the early rhythm just miss a step until Tariqe Fosu started to set his sights with one which flew over the fence and then a 33rd-minute curling effort which beat the diving Dieng but clipped the outside of the right-hand post.

Sykes was in the wars and ended the half with a bandaged head after a clash of heads - but as soon as we went into the six added minutes for all of those stoppages, Henry finally found a way to reward his side for a very professional first half. In truth, Doncaster might have been quicker to close him down but, having invited him to shoot, Henry let fly with an unstoppable effort which left Dieng sprawling and United a goal up at the break.

It took less than 90 seconds for them to double that lead after the break. Fosu, who had the beating of his man all day, started it on the left and then the bandaged and bruised Sykes carried the ball foward but saw his shot blocked. NO matter. Cadden, always eager to join the attack, recycled it and squared for Brannagan who sidefooted home from around the penalty spot.

Now in control of the game, United roared forward with Gorrin knitting things together and allowing those further forward to play some terrific football, with Branagan at the centre of everything and Fosu running his defender ragged.

All the same, it took one magnificent moment from skipper John Mousinho to deny Doncaster a goal and the visitors enjoyed their best spell of the game after going 2-0 down and withstanding United's second-half onslaught. But on 78 it was game over as Henry sealed the win from the penalty spot. It came when Baptiste's clipped cross struck a defender's arm inside the box; no complaints from Rovers and another goal for Henry.

Doncaster were beaten but had played well without really threatening Eastwood's goal too many times. United meanwhile pick up three more goals, three more points, another clean sheet and continue to play some superb football.

See you at Rotherham.