TEAM NEWS
United  will wait on the fitness of Josh Ruffels, Chris Cadden and Rob Hall, who all hope to train fully on Saturday after injury.

Hall rolled his ankle during the Carabao Cup win over Sunderland while Ruffels joined him in the treatment room after a dead leg in the draw at Portsmouth.

Cameron Brannagan, George Thorne, Ben Woodburn and Malachi Napa remain on the long term injury list but Jamie Hanson is back on the training pitches and hoping to be fully involved in a couple of weeks' time.

See Karl previewing the game in iFollow right now where we have Rob Dickie as our guest in the Preview Show...

THE OPPOSITION
Hayes & Yeading United play in the BetVictor Southern League Premier South and came through the fourth qualifying round after a replay at Poole Town.

The U's have played Hayes & Yeading four times with the last visit a 2-1 defeat in the Blue Square Premier in April 2010. 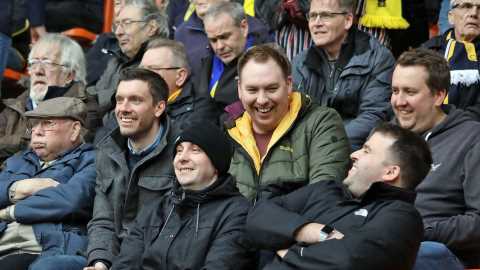 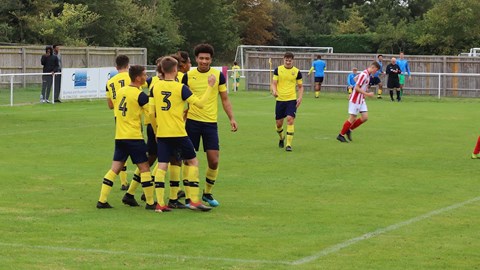 Under 18s in action on Saturday 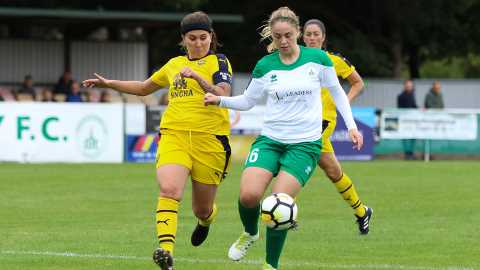 Women at home on Sunday

TICKETS
A limited number of seat tickets are still available, and those are available now from 01865 337533 but on a strictly first come first served basis and now available on GENERAL SALE

WE SHALL REMEMBER THEM 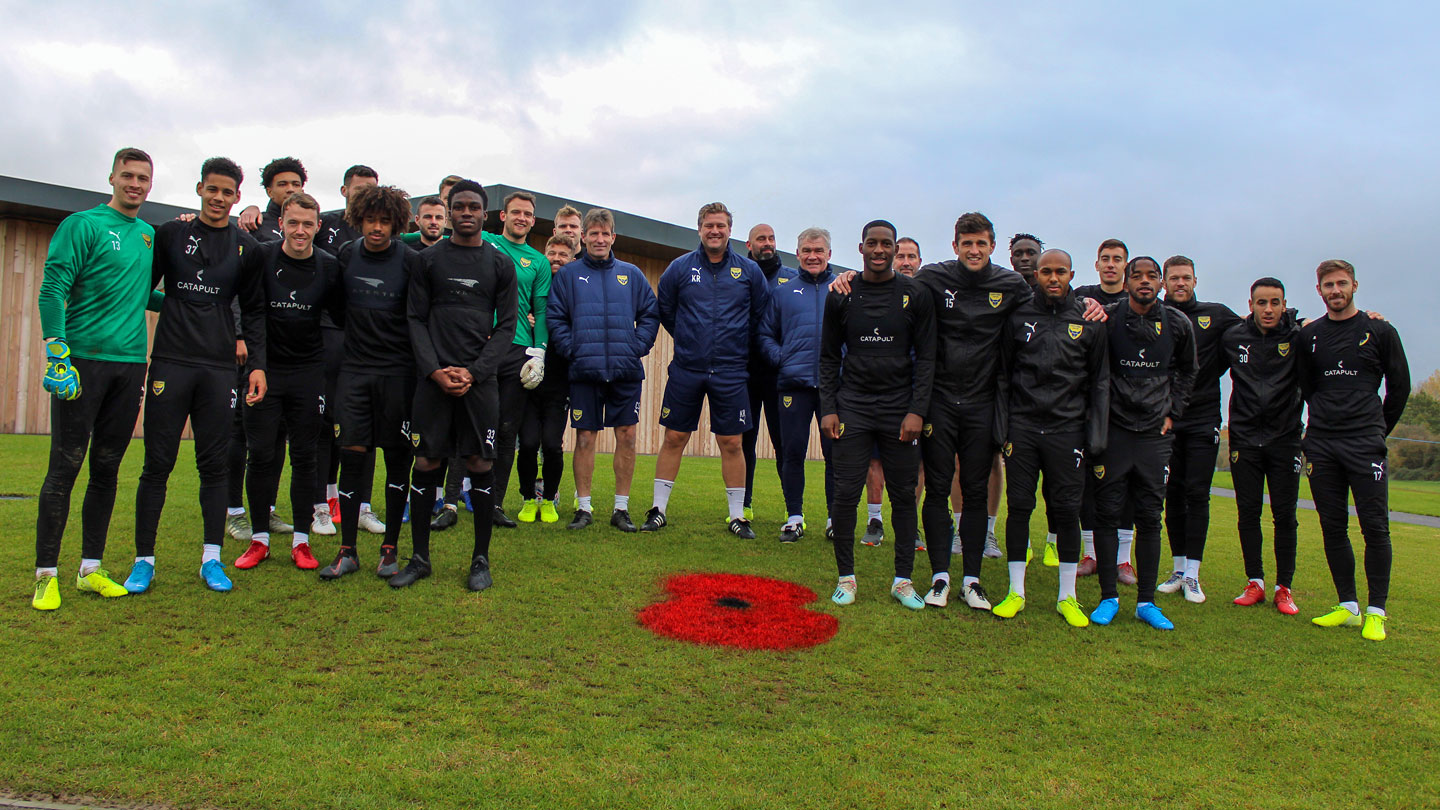 THE PLAYLIST
Want to get in the mood for the game? Then search for Oxford United Official on Spotify where we bring you a new playlist for every away journey, plus the dressing room playlist. The Playlist is available on Sunday morning and is always flexible: let us know on Twitter if you have any more to add to help get the Yellow Army in the mood as we enter the FA Cup.

Oxford United made safe progress into the second round of the Emirates FA Cup with a thoroughly professional 2-0 win at Hayes & Yeading United this afternoon. Goals from Sam Long and Rob Hall eased the U's through with barely a sniff of an upset as the unbeaten run stretched to 13 games.

United signalled their intent with a strong side and a bright start, with Shandon Baptise prominent and Long joining the attack at every opportunity from an unfamiliar left-back starting position. Hayes, four steps below, had an early effort into the side-netting but were content to sit deep and counter attack as United dominated the game from early on.
That was a dangerous game to play; a superb Fosu pass for the galloping Cadden and a simple touch from Matty Taylor highlighted that fact even if the ‘goal’ was disallowed for offside. Taylor then glided a header inches wide a minute later as United took total control of the game. Fosu lofted a clever effort against the bar, Henry inexplicably blazed over when he had keeper Jack Smith isolated and helpless, and Taylor forced Smith into another save on 25 as chance after chance came United’s way
Smith came off his line to nick the ball off Taylor’s toe but a goal was inevitable and on 29 the only surprise was that it came from a corner rather than open play. Forde’s corner was met by Rob Dickie and flicked over Smith and onto the bar by Taylor, with the ball dropping kindly for Long who applied a simple finish for his second goal in two games.
Perhaps a combined team from Hayes AND Yeading would have been able to stop the irresistible U’s, but it’s doubtful on this form: one nutmeg and shot from Fosu was followed by another extravagant flick over a defender’s head by the usually understated Alex Gorrin.
Hayes & Yeading packed their own area; Scott Donnelly twice blocked within five seconds as Henry and Fosu chanced their arm from the edge of the box, but with no out-ball it was proving increasingly difficult for the home side to get out of their own half.
Fosu dinked a free kick against the post, Long headed another set piece over and the U’s can rarely have dominated 45 minutes quite so thoroughly, forcing the home side into a double change at the break plus a change of shape to try and stop United exploiting the space out wide, where Cadden and Long had created chaos.
The half-time change worked and the home side had a better second half with a good spell immediately after the break and a Joe Grant flick into the arms of Eastwood before Ogo Obi forced the keeper into a very good save just after the hour to remind the U's that one goal is a slender advantage in this competition.
To be fair, the U's were still carving out chances - Forde, Taylor and Baptiste all unable to double the lead - but they weren't quite as dominant as the game went end-to-end rather than the previous end-to-halfway pattern and what was needed was something different. Enter Hall.
Long drove the move forward, Taylor flicked on and with his first touch of the ball Hall clipped it neatly over the stranded Smith and into the net for his second goal in two games. The ball never reached the back of the net, such was the deft touch that sent it between the posts.
Credit to the home side who never gave up and Hassam Jalloh almost gave them a consolation with a low effort which Eastwood tipped round the post, before the best save of the day saw Eastwood again save from Jalloh with a header from close range.
The suspicion though was that United would have gone up the gears again if Hayes had scored - Hall, Taylor and Sykes all tested the keeper as the game wound down and home legs began to tire.
Our best wishes to Hayes & Yeading and our thanks for their hospitality in an excellent FA Cup tie. Karl Robinson's side had treated the competition, and the opposition, with respect and turned in another very composed performance to get through.
The draw is on Monday evening, 24 hours before the U's play at Crawley in the Leasing.com Trophy having already gone through in that competition. With a Carabao Cup quarter final against Manchester City still to come and the team firmly in the play-off places in Sky Bet League 1, United remain in contention in all four major competitions.
Marvellous.
Att: 1,501
Away: 719
Report by Chris Williams, pictures by Steve Daniels and Darrell Fisher

Oxford United travel to Hayes and Yeading in the First Round of the Emirates FA Cup with the game live on BT Sports at 2.15pm this Sunday.

A limited number of seat tickets are still available, and those are available now from 01865 337533 but on a strictly first come first served basis  on GENERAL SALE