Oxford United complete their group games with a trip to Crawley Town tonight in the Leasing.com Trophy

TEAM NEWS
United, who are already through in the competition as runners up to Portsmouth in the group, will mix experience with youth tonight and 17-year-old Nico Jones will captain the side alongside usual skipper John Mousinho at the back. Kevin Berkoe, Kyran Lofthouse, Fabio Sole, Fabio Lopes and Aaron McCreadie are all expected to be involved as United's celebrated Youth Development programme comes to the fore.

Another homegrown talent, Jack Stevens, is expected to replace Simon Eastwood in goal while Dan Agyei is likely to lead the line.

See Karl previewing the game in iFollow right now where we have Nico Jones talking about wearing the armband... 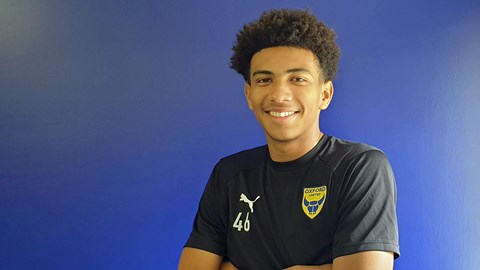 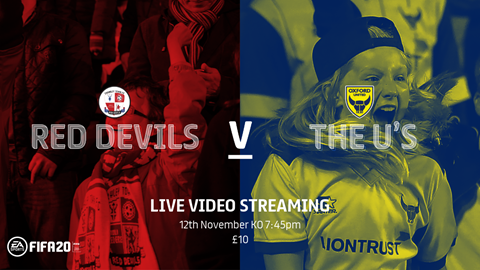 Tickets are available on the night from the Ticket Cabin at Crawley, cash or card.

SEE IT LIVE
Tonight's game is LIVE in iFollow, wherever you live. For £10 you get to see the whole game, complete with BBC Oxford commentary.

THE PLAYLIST
Want to get in the mood for the game? Then search for Oxford United Official on Spotify where we bring you a new playlist for every away journey, plus the dressing room playlist. The Playlist is available on from lunchtime and is always flexible: let us know on Twitter if you have any more to add to help get the Yellow Army in the mood as we head for Crawley.

A Rob Hall hat-trick made it 14 games unbeaten for Oxford United as they eased their way into the knock out stages of the Leasing.com Trophy with a 4-1 win at Crawley tonight. Hall's three goals, two from the spot, added to another penalty from Anthony Forde as United overran ten man Crawley who had only a Mason Bloomfield goal to show for their efforts.

Having already qualified for the knock out stages, and with Crawley already unable to join them, it was a chance to try a few new things. All of which worked.
Jack Stevens was given a chance in goal, Forde was asked to play in an unfamiliar right-back role with Kevin Berkoe at left-back and 17-year-old Nico Jones captained the side from centre half, putting in a very assured performance alongside the mentoring John Mousinho
Further forward there was a more than decent debut for winger Oussama Zamouri alongside Dan Agyei and the unstoppable Hall, and Zamouri’s first action was a flick that almost helped find the opener; Shandon Baptiste’s touch cleared off the line with home keeper Michael Luyambula stranded.
The Morrocan winger's second touch then produced the first goal after 12 minutes. Having outmuscled defender David Sesay in a race for a Baptiste through ball, Zamouri cut inside another man and selflessly trod on the ball rather than shoot but still had the presence of mind to recover and roll it square for Hall who fired home from the edge of the box. Hally 1 Crawley 0.
Luyambula will have been embarrassed to see the ball squirm between his legs for the goal although he atoned with a good save when Agyei let fly from similar range a minute later and then made an even better save when Zamouri again ran clear but couldn’t force the ball past the advancing keeper.
Crawley looked vulnerable through the middle where the pace of Agyei was giving them problems, with Zamouri and Hall joining him and dragging the full backs infield, which in turn allowed Forde and Berkoe acres of space down the wings.
On 27 they were deservedly 2-0 up when Forde doubled the lead with the evening's first penalty. Jones started it, mysteriously up on the left wing and part of a move which ended with Agyei shooting and the ball striking a Crawley defender’s arm. Ref Josh Smith had no hesitation and Forde focussed to drive the ball past the overworked Luyambula from the penalty spot.
Zamouri plays with a real freedom and could have had a first-half hat-trick if Luyambula hadn’t got in his way with three good saves, but Crawley’s German keeper kept his side in the game before the break with their only effort at goal at the other end more dangerous to the 20:03 flight to Zurich from Gatwick than to the untroubled Stevens.
Hall and Jones both had a go from distance as United took complete control of the first half but as is the way of such things, within five minutes of the restart all that dominance counted for little as the home side got themselves back into the game.
Three changes at the break lifted them and on 50 minutes they were briefly back in the match when a first effort at goal hit a team mate, the second was beaten off the line by Mousinho but the third effort from Bloomfield looped over the leaping Mosuinho to make it 2-1 and briefly make it game on.
Briefly.
The impressive Sykes had already forced a clearance off the line before he latched on to a loose ball on 56 and was homing in on goal until Francomb, who should really have been jockeying him wide, dived in instead and sent Sykes skywards. Hall made it 3-1 from the spot and Francomb trudged off to leave his side with ten men.
It was largely academic from then on, although Karl Robinson continued to urge his men to keep standards high. You never need to ask Sam Long to do that and one clearance on the line from the sub denied Tom Dallison a certain goal before Hall wrapped it all up from the spot once again. Sub Fabio Lopes made it, cutting inside a chasing last defender and allowing Hall to complete his hat-trick from the spot with total nonchalance.
United now couldn't lose and Tyler Goodrham - born in 2003 - made history as their youngest-ever player at just 16yrs and 98 days, beating Graham Atkinson's record and making it seven academy graduates on the pitch by the final whistle. Exactly what the competition is supposed to do.
Firmly in the play-off places, a sold-out crowd awaiting them against Manchester City in the Carabao Cup quarter final, and safely through to the next round of the FA Cup just 48 hours earlier. What a time to be an Oxford fan.
Shall we all take a breather?
Att:412
Away:100
Report by Chris Williams, pics by Steve Daniels, stats by Opta