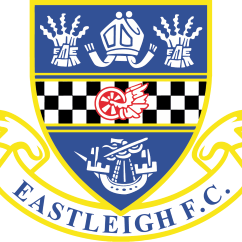 Oxford United travel to Eastleigh tonight looking to give their young players a chance to shine in their sixth pre-season friendly of the summer (7.30pm).

Mark Sykes, Jamie Hanson and Tony McMahon add a little experience to a young squad who have all been involved in matches so far but now get a chance to impress over 90 minutes.

First year pros Kyran Lofthouse, Aaron McCreadie and Ryan Crooks are included as are new faces Sam Allardyce, Yoav Sade and Kevin Berkoe. Nico Jones and Fabio Lopes have both been involved with the first team all summer and travel with the senior squad rather than the under 18s who are in action at North Leigh tonight.

Tickets
Tickets can be purchased from the club shop at Eastleigh priced at £10 for adults, £5 for over 60s and Students with valid ID, £3 for Under 18s and under 7s free of charge (but will still need a ticket to gain entry to the ground).

The match will not be segregated with both West and North Stands open and seats are unreserved on a first come first served basis.

Oxford United's young guns found Eastleigh just too strong tonight as the Spitfires triumphed 3-0 in a pre-season friendly. Two goals from Ben Williamson and a header from Andrew Boyce gave the home side a comfortable victory as the sides warmed up for the season ahead.

A young and inexperienced United line up - average age under 19 - was perhaps caught a little naively when going two goals down inside 16 minutes and never truly recovered from that setback.

In just the 13th minute right-back Joe Partington found space down the right and crossed a low ball into the six yard box for Williamson to apply a simple finish beyond Jack Stevens. Three minutes later the ball was again worked in to the box from a similar area and Williamson once again applied the finishing touch with a neat turn at the near post.

Given that Eastleigh were in the National League play-offs last season it was perhaps no surprise to see them playing the more coherent football against a United side who had never played as a unit before, but youthful enthusiasm was drawing a blank against their more experienced hosts despite shouts for a late penalty in the first half when Aaron Heap appeared to be brought down.

Even so, it took a good save from Jack Stevens to keep it at just 2-0 at the interval and United had lacked a cutting edge despite some neat approach play.

Ten minutes into the second half they were 3-0 down when Boyce powered home a header from a corner and all United had left to play for was pride. Left-back Kevin Berkoe lifted hopes with a well-struck shot that was tipped over and the excellent Lopes forced Stryjek into the save of the night with a low blast after 75 minutes. Indeed an entertaining game went very end to end as tiredness crept in and it took a superb save from Stevens to keep a fierce Sam Smart effort out with ten minutes to go.

Whether losing 5-0 at Rangers or winning three games in a row in midweek, results are irrelevant at this stage, but for many of the youngsters this will feel like a missed opportunity to force their way into the first team plans.

A learning curve against a good Eastleigh side who will be in the National League mix once again.

The U's now move on to QPR at home on Saturday.