United have no new injury worries after the win over Shrewsbury last weekend but boss Karl Robinson has some interesting choices to make up front. Marcus Browne, Gavin Whyte and Ricky Holmes all played two of the three games last week alongside front man Jamie Mackie and it will be interesting to see which combination is preferred against a Scunthorpe side on a five game losing streak.

Jon Obika goes in for an operation next week after his knee injury settled down, Shandon Batiste had an operation on his shoulder this week, while Rob Hall continues to make good progress from his knee problem but will be out until well in to the new year.

See Karl Robinson and John Mousinho talking about the game plus the Preview Show talks to the stars of the past at our 125th Anniversary game last weekend, all in iFollow right now

Manager Stuart McCall has seen his side struggle in recent weeks with a home defeat against Plymouth the latest setback and knows the U's are in decent form right now.

“I saw their opening game of the season at Barnsley when they were defeated 4-0. Karl (Robinson) brought in some really good players over the summer, and they’ve got a good squad. They didn’t have the best start, but they’ve changed their system to try and shore up because they were conceding too many goals and it’s worked for them.

"That’s something we have to look at as well. You can’t be naïve to think this is how we play and we’ll always stick by our principles. You still have the work ethic and how you want to play the game, but you might have to tinker with certain things until you get a result that starts us picking up again.

“Oxford have done that and they’re unbeaten in five now. They come here in good form, but there’s such a fine line and there’s not a lot between us turning it around. We know we’re without some key experienced players but it gives a chance for everyone to muck in on Saturday and really put in a strong performance.” 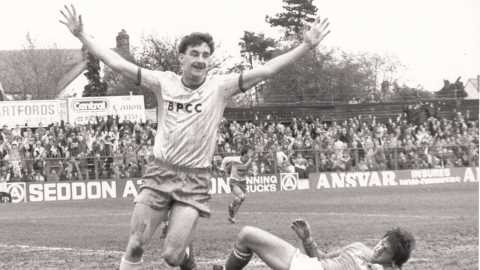 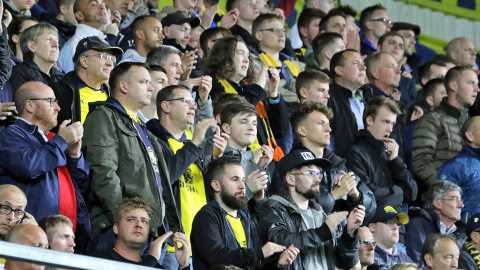 Tickets are available on the phone and in person until Friday 2nd November, 3pm. Tickets can be collected from the OUFC Ticket Office until that point and then from the ticket collection window next to the main ticket office and club shop from 2pm on Saturday at Scunthorpe.

iFollow has the whole game live  to hear in the UK or see if you live overseas.

@OUFCOfficial will be tweeting throughout the game and the OUFC Live match centre on this site gives you full stats and text commentary throughout the match.

Oxford United's unbeaten record continued with a draw at Scunthorpe this afternoon but one point could so easily have been three after they let a three-goal lead slip away. Comfortably on top after goals from James Henry, Cameron Brannagan and Curtis Nelson, United conceded three times in six crazy minutes to come away with a draw in a town they haven't won at since 1965.

United, unchanged in selection but changed in colour back to yellow and blue instead of anniversary orange, have made a habit of scoring early goals in recent weeks and after just eight minutes were ahead. Tony McMahon started the move, Brannagan continued it and Jamie Mackie smuggled the ball on to Henry who blasted home from the edge of the box to give the U’s a priceless lead.

They were full value for it as well, with Gavin Whyte adding another full back to his ever-expanding list of people he has rampaged past: Matt Lund booked for bringing him down one time and a drive going just past the far post on 22 as he once again outpaced the home defence. With Ricky Holmes also in impish mood and Mackie perpetual motion, United were looking dangerous up front while midfield trio Mousinho, Brannagan and Henry had a firm grip on the game.

Scunthorpe saw plenty of the ball without really getting a clear sight of Simon Eastwood’s goal in the first half; a couple of stabbed efforts went straight to the United keeper without him having to move and their five-game losing streak had seemingly drained confidence away.

United on the other hand were in no mood to end their unbeaten run at five games, and five minutes in to the second half they were 2-0 up as Brannagan netted their 3,000th Football League goal. Mackie was again the man to lay the foundations, holding the ball and freeing Henry, so often the architect. He held off his man and crossed low and Brannagan was on hand to joyously thump the ball home from close range in front of the ecstatic travelling Yellow Army.

Nelson then made it 3-0 and surely game over when a McMahon corner wasn't cleared and Nelson ignored the flying boots to stab home a goal that must surely mean United’s first victory in Scunthorpe in over 50 years?

Sadly, the home side had other ideas. Sometimes a whole season turns on one moment, one goal, or in this case one six-minute spell that wiped away any thoughts that they had thrown in the towel.

First they gave themselves just a glimmer of hope when Jordan Clarke fired home through a sea of legs to make it 1-3. Then four minutes later it was 2-3 with a fine strike from George Thomas that flew in to the top left corner from a free kick 22 yards out.

United needed to draw breath but instead were forced back and conceded a corner. Jamie Hanson nodded the first effort away from off the line but Charlie Goode was on hand to thrash it back, past Eastwood, and somehow make it 3-3 in a game United seemed to have already put to bed.

Both sides calmed down for a while, although sub Butroid flashed a 30-yard drive just over on 77 as the Iron sensed a famous win. Captain Lee Novak headed wide from eight yards out with five minutes to go but United showed a little bit of common sense, slowed the game down when possible and in the end were full value for their point.

An astonishing game and once you pick the pieces out of it then a draw at their bogey ground, another point  and a six-game unbeaten run is a decent return. And yet, you can't help wondering what might have been...

Ticket details for our game at Scunthorpe United on Saturday are as follows:

Tickets are on sale online at www.oufctickets.co.uk until 3pm today (Tuesday 30th October), and on the phone and in person until Friday 2nd November, 3pm. Tickets can be collected fromthe OUFC Ticket Office until that point and then from the ticket collection window next to the main ticket office and club shop from 2pm Saturday.at Scunthorpe.