TEAM NEWS
The U's have a doubt over Gavin Whyte who took a blow to the head in Saturday's home game against Peterborough and required stitches. The Northern Irish international will be assessed and there are protocols that will need to be followed with head injuries, but Marcus Browne and Samir Carruthers stand by as possible replacements.

Mark Sykes has now recovered from a knee injury which kept him out of the last couple of games and is ready to return to the bench with youth team centre half Nico Jones likely to step down, subject to Whyte's involvement.

THE OPPOSITION
Karl Robinson was among the spectators at Sunderland's Stadium of Light on Friday night where Stanley were 2-0 up before being pegged back to 2-2. However Stanley had endured a near seven game run without scoring before that game and boss John Coleman is hoping that their performance at Sunderland now sparks a better record in front of goal

"We have to try and build on that," he said. "We know we are capable of scoring goals because we make chances on a regular basis so maybe the pressure of not scoring for a while will be alleviated and when we get into goalscoring opportunities we won't be as tense and we will take more chances." 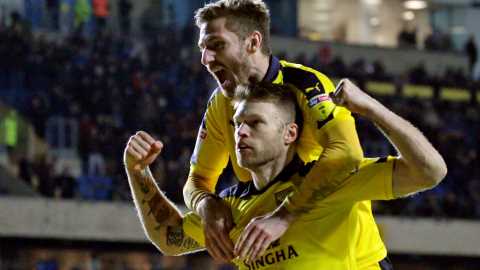 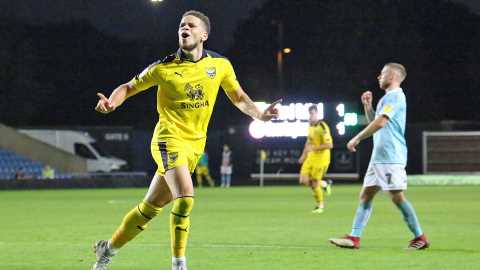 The match is not all ticket and tickets are available on the night.

Should anyone require reserved car parking, the cost is £5 per car and can be pre-booked by calling Accrington Stanley/ on 01254 356950.

Hear the whole game live in the UK and see it if you are abroad in iFollow. (The game will not be available to view in the UK, at Accrington's request) 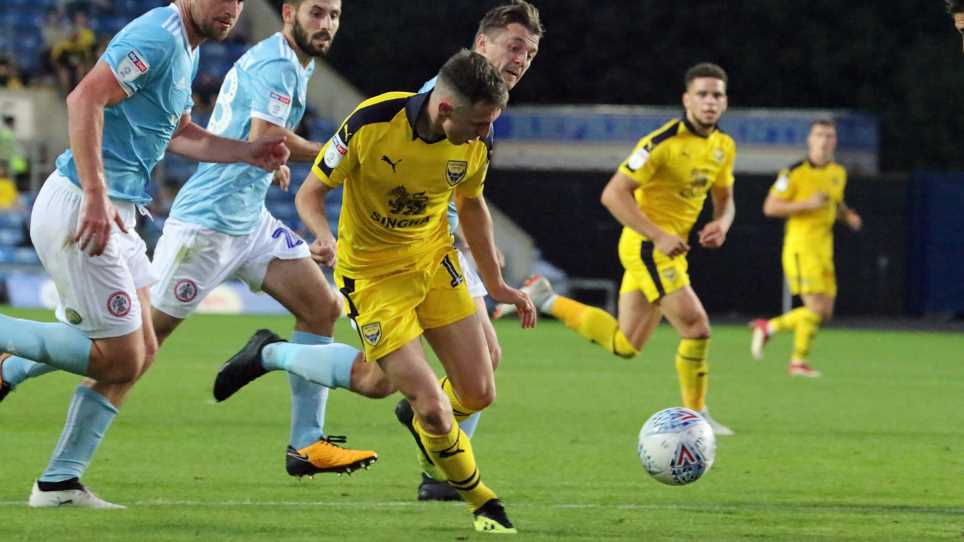 Oxford United's search for a first league away win continues after a 4-2 defeat at Accrington Stanley this evening. Goals from Billy Kee, Sean McConville, Jordan Clark and Luke Armstrong gave the home side all three points despite a spirited display from the U's and a first goal for the club from Luke Garbutt plus a late header from skipper Mousinho to set up a grandstand finish.

Given that away record it was time to ring the changes: in came Samir Carruthers for the first time since the opening day, Mark Sykes for a highly-promising full debut, and Marcus Browne and Jamie Mackie up front. Browne forced the first save of the night with a low drive in the second minute that home keeper Jonny Maxted initially spilled on a greasy surface before gratefully clasping to his chest and there was plenty of neat passing and quick movement from a lively looking U’s team in the opening 20 minutes.

Browne drilled a second effort into the William Dyer Electrical Stand after Mackie had battled well to set him up and there was a vibrancy about much of United’s attacking play while Mousinho, as well as his goal, added a calm assurance at the back alongside Curtis Nelson.

Accrington have struggled in front of goal in recent weeks but grew into the game as United gradually lost their early impetus. The ever-alert Kee sent a 29th minute effort high into the drizzly Lancashire night sky with Stanley’s first real sight of Simon Eastwood’s goal before Eastwood had to be at his very best on 33 when the lively Paul Smyth raced clear but couldn’t force the ball past the fast-closing custodian.

However, on 36 minutes Kee showed once again why he is so dangerous at this level. A simple free kick floated into the box from the left and Kee got away from his former Burton teammate Mousinho to head unmarked beyond the stranded Eastwood.

United came back into it and Browne, having set his sights earlier, sent in a 40th minute shot that Maxted spilled, Hanson smashed a 25 yarder against a defender but the U's were lucky to still be in the game when McConville headed the last chance of the first half against the right-hand post when, once again, suspiciously unmarked inside the six-yard box.

Back came the U’s with three good chances to get level. Carruthers, Browne and a sliding Mackie header all went close in the first five minutes of the second half but on 57 there was a two-goal gap to close when Scott Brown took control on the edge of the box, slipped the ball to his left and McConville was given too much space to fire the ball across Eastwood and into the bottom right corner to make it 2-0 to Stanley.

United stubbornly refused to accept their fate and on 63 minutes their neat approach play was finally rewarded with the goal they had deserved. Sub James Henry spread the play to the right from where Sykes saw his first cross blocked but delivered a magnificent ball at the second time of asking to pick out Garbutt for a downwards header to make it 2-1. Massive credit to Garbutt - not originally scheduled to be involved and then having to drive to the game at the last minute when Ahmed Kashi went down ill in the afternoon.

Now United had something to fight for once more and Mackie had a shot cleared off the line before there were load shouts for a penalty when a Garbutt piledriver flew to safety on 65 minutes. The fightback was very much on but the danger remained that a well-drilled Accrington side would pick them off if they gambled too early. On 73 minutes that sadly proved to be the case. Smyth on the left, a ball to the near post and Clark dived forward to guide his header beyond Eastwood again.

Now 3-1 down, United continued to show willing and refused to give the game up. Graham drove across goal but wide, Brannagan blasted a 30 yard shot just over and yet again they had shown flashes of what they can do but in the same game also frustratingly demonstrated why they are currently in the bottom four. Back they came once more. Pressure, pressure, pressure and a corner not cleared and then crossed in by Garbutt to allow Mousinho to get highest and lob a looping header over the flat-footed Maxted

A brilliant 311 fans in the rain to support them and sing their hearts out all game and a rousing finale, including seven added minutes as the U's chased an unlikely draw. The seven minutes drew disbelief from the home fans but that was replaced by celebration in the 94th minute when Eastwood performed miracles to push a first effort off the line but was horrified to see the ball go back to sub Armstrong to send it back past the keeper and finish the game.

Good game for the neutrals. Frustrating one for United, who showed heart but came up short once again.