United have eight new faces in the squad after a busy close season for Karl Robinson.

Cameron Norman, Tony McMahon, Luke Garbutt, Samir Carruthers, Marcus Browne, Gavin Whyte, Jamie Mackie and Sam Smith all trained as the squad moved north to St George's Park yesterday and will be hoping to be selected in the opening eleven.

United have come through pre-season without any injury worries and have the added boost of captain Curtis Nelson and winger Rob Hall returning from long-term injuries which kept them out of much of last season.

See Karl, Curtis, Simon Eastwood and Cameron Brannagan all previewing the game, along with the Preview Show all in iFollow right now.

United will be wearing their brilliant new blue away kit for the first time on Saturday. Available in all sizes, be part of the Yellow and Blue Army... 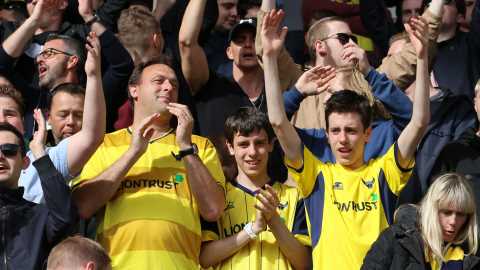 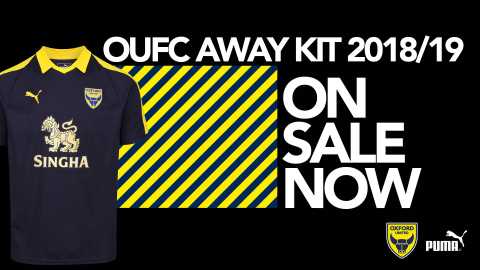 Over a thousand tickets have been sold already, with four London Road coaches booked. Please note that you save money by buying in advance.

The ticket details are as follows:

Tickets are no longer on sale online but are available from the ticket office and on the phone (01865 337533) until 3pm on Friday 3rd August. They can be collected at the Kassam Stadium on Friday or from Barnsley on match day.

Tickets are available from www.oufctickets.co.uk  or from the ticket office by phone (01865 337533) and in person.

Overseas fans- we will have full commentary from our friends at BBC Oxford synced to the live video stream for the very first time. A word of caution - although there has been plenty of testing this will be the first time this has happened across the entire EFL and syncing audio and video feeds is a massive task. A small army of technicians is on standby to make sure things go well but bear with us- sound and vision are not due to be paired until shortly before kick off.

Oxford United's first game of the new season ended in defeat as they were well beaten by Barnsley this afternoon at Oakwell. Two first half goals from Mamadou Thiam and second half goals from Brad Potts and Victor Adeboyejo left the U's with absoiutely nothing to show for their first 90 minutes of league action.

Playing for the first time in their all blue away kit United simply never showed their true colours as newly-relegated Barnsley demonstrated why they are among the favourites for a swift return to the Championship. Kieffer Moore went close with a header and Tom Bradshaw lobbed a team effort into the waiting gloves of Simon Eastwood with the new look back line of Tony McMahon, Curtis Nelson, Rob Dickie and Luke Garbutt, shielded by Josh Ruffels and Cameron Brannagan in midfield having to dig in from the very start.

Garbutt needed to block a Potts effort from close range on 18 minutes (if Eastwood saved it then I apologise and it was the greatest save ever made, anywhere) but a goal was coming and in the twentieth minutes it was Thiam who scored it, rifling the ball beyond Eastwood from 22 yards for a well-struck opener.

It came while United were down to ten men, awaiting the arrival of Sam Smith as a sub for the injured Samir Carruthers, and Smith set up Jon Obika for United’s first real effort after 25 minutes, the striker’s low effort safely held by home keeper Adam Davies. However on the half hour it was 2-0 and United had a Yorkshire hill to climb. Again it came from Thiam, again it was from just outside the box, and again it flashed past Eastwood and into the bottom left corner. Acting the big Thiam, indeed.

United needed to step things up after the break, if only for the sake of their magnificent 1,279 away supporters. James Henry poked an effort over the bar after 57 and Obika unfortunately slipped as he looked to get in on the keeper on the hour as they increased the tempo. There were flashes of the bright football that has been a highlight of pre-season but United were equally indebted to Eastwood on 67 when having first miskicked it to Kenny Dougall on half way the keeper somehow got back to shovel the ball round the post as the Levenesque reply swirled back over his head.

Rob Hall added late urgency and had United's best effort of the game after 75 minutes with a 25-yard effort that forced Davies in to a full stretch save, but it was from the resulting corner that any faint hopes of a revival were ended. Corner repelled, a swift break from the home side and after a couple of unconvincing challenges and a blocked shot from Alex Mowatt it was Potts who picked up the pieces and hammered the ball past the stranded Eastwood to make it 3-0 and three points for the home side.

Hall had a second effort beaten away by Davies but the game was gone by then and the U's were playing merely for consolation. Instead a simple cross from the right, a miskick from Potts and Victor Adeboyejo really could not miss from six yards out in front of an empty net to make it 4-0 and have the home fans singing 'we're top of the league'

Not United's day, not by a long way. 45 opportunities to make amends.