Oxford United look to end a frustrating run of three defeats as they travel to Peterborough on Saturday. Here we have a full guide to the match.

United hope to have Christian Ribeiro available again after a knee injury. The Welsh international right back has trained all week and could return to the starting line up if Pep Clotet chooses to move John Mousinho across to the centre.

Gino van Kessel and Canice Carroll are both available for the game before heading off to join up with their national sides - both will miss next Saturday's home game against AFC Wimbledon.

Jon Obika is still absent with a groin injury while Clotet has Jack Payne and Joe Rothwell chomping at the bit after dropping to the bench for Tuesday night's game at Bury. 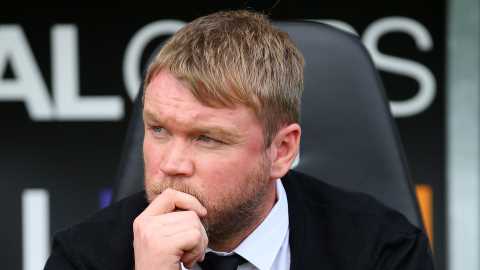 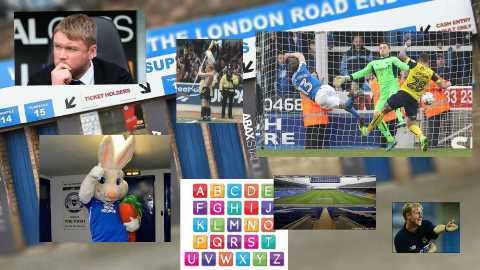 On the day it is CASH ONLY at the turnstiles.

Disabled fans pay the relevant age price and are entitled to a carer free of charge.

Oxford United came from behind to pick up a priceless three points at Peterborough this afternoon. Trailing 1-0 at the break to an early strike from Jack Marriott, United roared back in the second half and goals from Josh Ruffels, Wes Thomas, Joe Rothwell and Agon Mehmeti gave them a handsome 4-1 victory to get them right back on track after a stuttering run of three matches.

After that sticky run of results there had to be changes and they came by putting square pegs in square holes. There was the steadying influence of the excellent Christian Ribeiro at the back, the non-stop Rothwell in midfield and the potent attacking duo of Jack Payne and Thomas. It meant a change at the back, with Mike Williamson missing his first game of the season but there was a further enforced change after just nine minutes when Rob Hall was forced off with a groin injury, meaning Ryan Ledson came on and the adaptable Rothwell moved out wide.

The impish Payne and Thomas almost combined for the first goal after 12 minutes, the former powering past a defender but seeing his cut-back steered wide by Thomas at the near post but two minutes later it was the home side who went in front with their first attack of the night. Anthony Grant was the provider, picking up a loose ball in midfield and sending it immediately down the left channel for Marriott to run clear and place a simple side-foot finish past the stranded Eastwood for his ninth goal of the season.

Ricky Miller might have doubled the lead soon after; Steven Taylor headed a corner over the top on 24 but United hung in there and could have been level on 27 minutes when Ricardinho lifted a free kick a yard over the bar from the edge of the area. Curtis Nelson was booked for being fouled and Ricardinho followed him into the book for a strong challenge as the temperature began to rise but United were improving by the minute, even if they were grateful to Eastwood for a magnificent save on 29 when Taylor must have thought he had scored with another thumping header from close range.

However, after riding their luck at the start the U’s continued to rediscover their swagger as the half wore on and should have been level when skipper Jack Baldwin presented the ball to Rothwell for a free run at goal in injury time. With players inside him Rothwell was poised to strike but Baldwin recovered brilliantly to fly into a challenge and ensure that his side were still in front at the break.

It mattered little because three minutes into the second half United were back on level terms through Ruffels. Payne was the provider, as so often, twisting and turning to leave a defender in a spin and then clipping the perfect cross to the back post. Ruffels had no run up and no great pace on the ball to work with but somehow generated enough power to head the ball back across keeper Bond and inside the right-hand post to make it 1-1.

Payne loves an assist and was not finished yet. With 53 minutes gone he had a little bit of space to work in. Cue a through ball for Thomas to race away in typical style and as Bond came to meet him Thomas slipped the ball past him to give his side a priceless lead.

Eastwood clutched a Lopes effort to his chest on 61 but the U's were opening up the Posh at will. Bond saved well as Payne weaved into a shooting position, Henry squandered another chance, Payne nodded over again on 66, Thomas couldn't beat Bond one on one after 67 and it was now a question of when, not if, the Yellows would extend their lead.

Eastwood preserved the lead with an outstanding save from the excellent Marcus Maddison but then United capped their comeback with a killer third goal. Henry made it this time with a run down the right wing that skinned the full back and allowed him to cross a low ball that Payne picked up. He turned down a shooting chance to work the ball further along and Rothwell applied the finish with a calm sidefoot back across Bond to make it 3-1.

Three scorers but a hat-trick of assists for the superb Payne who them made it four in the 83rd minute as Mehmeti ended the game as a meaningful contest. The highly influentiual Henry was involved once more with a pinpoint pass over the defender for Payne, who came inside and forced Bond into another save. The keeper pushed the ball to his right and there was Mehmeti, just on as a sub, to score a trypical poacher's goal, his first for the club.

A brilliant comeback based on character and determination. To stage this sort of come back against one of the favourites for promotion was huge and is to the enormous credit of everyone involved.

See the whole game in iFollow

Disabled fans pay the relevant age price and are entitled to a carer free of charge.