Oxford United take on Gillingham at home in Sky Bet League 1 on Saturday. Here we have a full guide to the game.

United boss Pep Clotet has plenty of options for this game with Curtis Nelson available again after injury and new signings John Mousinho and Alex Mowatt both looking sharp in training.

Mousinho, who arrived from Burton on Deadline Day, and Mowatt, on loan from Barnsley watched the draw at MK Dons last weekend but will be hoping to be involved for the first time and Clotet is likely to bring in either Nelson or Mousinho at centre-half to allow Christian Ribeiro to switch to right back in place of Dwight Tiendalli who will be out for a month with a hamstring injury.

Another new face, Agon Mehmeti trained for the first time yesterday and could be on the bench. 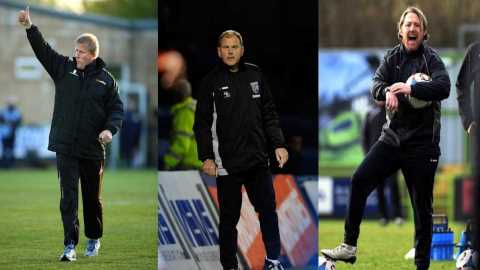 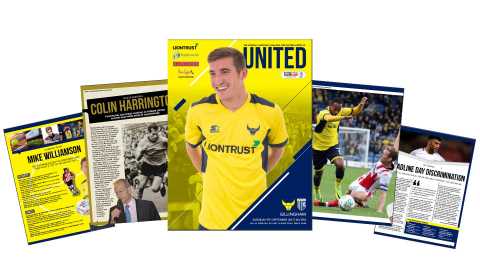 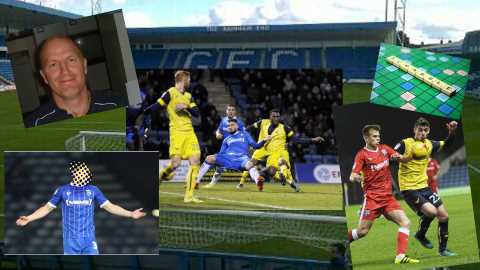 Tickets remain on sale in advance and on matchday from www.oufctickets.co.uk and 01865 337533. Tickets are also available in the new shop in the Covered Market which will be open this Saturday from 10am to 2pm. The ticket office now has Contactless machines which we hope will help speed things along.

Our award winning match programme is available all around the ground and features thought-provoking articles from Darryl Eales, Pep Clotet and Curtis Nelson. We have a great interview with Rob Hall and legend Colin Harrington as well as all your usual favourites including a goal fest in the On the Road trip to Stevenage.

The new look JT's Golden Ticket half time draw offers a first prize of up to £750. Second prize is a £100 voucher for the Oxford United club shop, either in the O-Zone or at the shop’s new premises in the Covered Market, while third prize is a VIP package at JT’s Cocktail Bar.

Oxford United's impressive start to the season continues to gather pace after another impressive victory at Grenoble Road. Second half goals from Jack Payne, Joe Rothwell and Rob Hall sealed three more points as a reward for 90 minutes of football full of hard work that was very easy on the eye.

The only down side to the day for the U's actually came before kick off when they were forced into a late change when Christian Ribeiro hobbled away from the warm up. This season United have strength in depth to cope with such situations and brought in Republic of Ireland under 19 captain Canice Carroll who had an excellent game at right back.

The Gills, without an away goal this season, almost broke their duck when Conor Wilkinson spurned an early chance and when Ben Nugent nodded over from six yards after 10 minutes, but they were to be their best chances of the afternoon.

They defended well in the first half but were grateful that Jack Payne didn’t catch an early effort cleanly or thatJohn Obika’s cross after quarter of an hour was only just scrambled clear.The clearest chance came on 20 minutes when a magnificent passing move ended with a dribble from Hall that carved the far from perfect blue back line to pieces and presented Obika with an open goal. Sadly he leaned back and picked out the back of a Vauxhall Astra in the car park rather than the far closer back of the net.

That moment aside, some of the passing and movement were an absolute delight. James Henry sent two shots wide but was also a constant threat on the left while Payne and Rothwell swapped roles at will and kept trying to pick their way through an eight man Gillingham rearguard. That was made possible by Ryan Ledson minding the shop in front of the defence, the midfielder making a foray forward to plant an effort over the bar after 35 minutes and then sliding in to make a magnificent challenge 30 seconds later.

Hall had one effort partially blocked and another fly into keeper Thomas Holy’s gloves just before the break but then set up the opener just two minutes into the second half as United took control.

It was Hall’s driving run that started things off as he surged into the box. His shot was blocked but Obika than helped things along with a clever flick that allowed Hall to cross, with Payne applying a clever final touch to take the ball past the helpless Holy and make it 1-0.

Payne, already the leader in the division for assists, then did it again on 54 minutes as Holy just about gave up the ghost. A neat touch, a look up and Payne had sent Rothwell free, outpacing a floundering defender to poke the ball through the Holy gloves and make it 2-0.

Gillingham had dug in and frustrated the U’s but on 56 they were left with nowhere to go as Hall hammered in his fourth goal in three games. This time it was Obika who set him free with an audacious backheel that left Hall to test the Holy spirit, thrashing the ball home at the near post and sealing three points for the rampant home side.

It might have been more and all three subs might have scored - Thomas threw himself at a Ricardinho shot on 65 but could only help the ball over the top, Alex Mowatt and Gino van Kessell both drew saves out of the overworked Holy. In fact van Kessel had six chances and has the very useful knack of being able to ghost past defenders and fashion shooting chances, especially against tiring defences late in games.

Gillingham had a Lee Martin effort saved by Simon Eastwood but otherwise debutant John Mousinho had formed a formidable barrier alongside the admirable Nelson and rarely looked like missing out on their clean sheet.

An impressive win from a team that gets better with each passing game.

See the full match or highlights as well as reaction in iFollow.

Oxford United return home for their next two matches as we take on Gillingham and then Bradford City at Grenoble Road.

A 6-2 win at Stevenage and a 1-1 draw at MK Dons on the road have seen Pep Clotet’s side playing bright attacking football and they now take on the Gills (Saturday 9th) and Bantams (Tuesday 12th) in quick succession in Sky Bet League 1.

New signings John Mousinho and Alex Mowatt joined the U’s on Deadline Day last week but weren’t involved at Milton Keynes on Saturday after joining in for just the one training session. However both will expect to be involved this weekend when the U’s will also be hoping Captain Curtis Nelson can return after injury.

“They were outstanding, as usual. They got behind us and were there in huge numbers once again, and it’s appreciated. Hopefully they will be there on Saturday for another big game.”

Tickets are available for both games online at www.oufctickets.co.uk where you can view all available seats and print at home to avoid queues on matchday.