United boss Pep Clotet will be forced into changes with Christian Ribeiro and Jon Obika both unavailable through injury. Ribeiro felt a twinge in his knee during the warm up ahead of Saturday's win over Gillingham and is likely to be out of action for the trip to Blackpool on Saturday, as will Obika who limped off during the second half of Saturday's game.

Canice Carroll will continue at right back in place of Ribeiro but Pep Clotet must choose between Wes Thomas and Gino van Kessel to replace Obika up front. New signing Agon Mehmeti is another attacking option and could be on the bench for the first time..

Mike Williamson dropped to the bench at the weekend after missing a couple of days training to be at the birth of son Gray and may have to be patient after John Mousinho came in to the side and helped United keep a clean sheet. 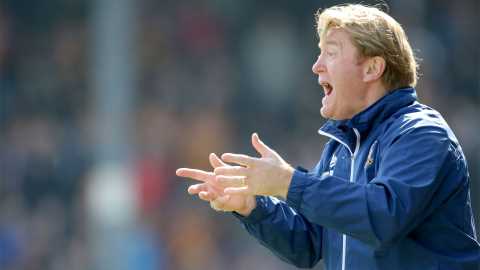 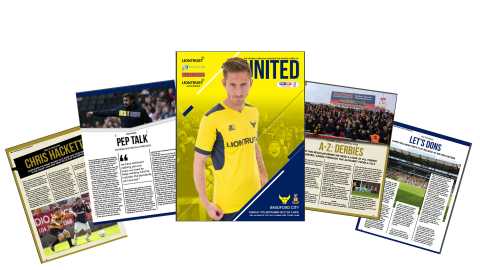 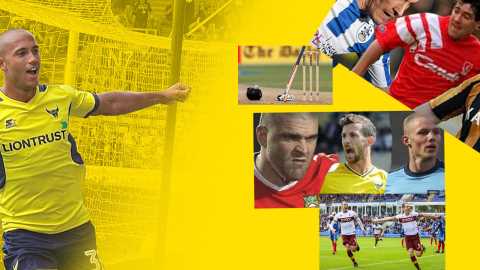 Tickets remain on sale in advance and on matchday from www.oufctickets.co.uk and 01865 337533. Tickets are also available in the new shop in the Covered Market which is open Monday to Friday 10am-5pm and Saturday from 10am to 4pm. The ticket office now has contactless machines which we hope will help speed things along.

Our award winning match programme is available all around the ground and features thought-provoking articles from Pep Clotet and Curtis Nelson. We have a great interview with cover star James Henry and legend Chris Hackett as well as all your usual favourites including a a flat pack four as On the Road reaches MK.

We are delighted to have John Shuker with us tonight. United's record appearance holder is a true club legend and we know you will give him a great reception.

The new look JT's Golden Ticket half time draw offers a first prize of up to £750. Second prize is a £100 voucher for the Oxford United club shop, either in the O-Zone or at the shop’s new premises in the Covered Market, while third prize is a VIP package at JT’s Cocktail Bar.

Oxford United were denied at the death as they drew 2-2 with Bradford tonight. An Omari Patrick goal gave the Bantams the lead in the first half but Wes Thomas levelled with a classic poacher's goal before Joe Rothwell slid home an 86th-minute goal that looked to have given United a win. Romain Vincelot had other ideas though, rising to head home in injury time to end the game at 2-2.

It was a highly entertaining game and immediately apparent that these were two very good sides. United, with Thomas and Mike Williamson playing in place of the injured Jon Obika and Christian Ribeiro, had the first efforts of the night with Rothwell dragging a second-minute effort wide and Rob Hall forcing Colin Doyle into a decent save on 11 minutes after a superb flick from Thomas had slipped him in.

There was entertainment aplenty, with Ricardinho making a magnificent challenge after 15 minutes then dribbling round four players in his own box while he weighed up whether to pass or set off on a run for the opposite goal. The fans roared his name and I’m off to engrave the Brazilian’s name on the Player of the Year award tomorrow.

John Mousinho, a centre-half but easily convertible to right back, was giving Hall licence to stay forward on that flank and with Jack Payne’s movement dragging Bradford defenders all over the place there was plenty of space for the U’s to exploit. There were loud shouts for a penalty waved away when Hall seemed to be tripped as he drove into the box after 19 minutes but the U’s had dominated the first quarter of the game and Hall whistled a 25th-minute shot inches wide just to underline the point.

However, Bradford are a good side and had kept their clean sheet intact knowing that they would come into the game. After half an hour they took the lead, against the run of play, with a stunner. Omari Patrick was give a little too much space on the left of the Bradford attack and lifted a superb curling effort over the flailing Eastwood and into the top corner for a very good third goal of the season.

It lifted the visitors and United went a little quiet before half time but they came back strongly in the second half and Payne was soon testing Doyle's handling after another good run from the non-stop Rothwell. However, there was a let off on 57 minutes as a magnificent challenge from Mike Williamson prevented a certain goal from Romain Vincelot and Patrick could only lift his effort against the bar from eight yards out.

Gino van Kessel came on for the last half hour with Alex Mowatt coming on soon after to play in the number 10 role as United launched a concerted final effort. Bradford drew breath and dropped deeper, inviting the U's to try and open them up.

On 73 minutes United's patience paid off. Van Kessel rarely needs a second invitation to have a shot and when he was granted space 25 yards out a shot was inevitable. The ball wobbled alarmingly and Doyle was bemused to see it swerve at the last minute, causing the keeper to palm it away rather than catch it. Thomas hadn't stopped running and benefitted by slamming the loose ball into the roof of the net to make it 1-1.

United had earned that goal and now went about winning the game. Bradford tried to take the sting out of the game but United are patient and in red-hot form right now and were not to be denied. With four minutes to go, Man of the Match Hall span away from his man and sent van Kessel galloping towards goal. This time he chose the perfect moment to pass, sending Rothwell in on goal to roll home his second goal in two games to surely win the game....

Bradford came back though and deep into injury time made it 2-2 as captain Vincelot rose to thump home a header from a NIcky law cross to ensure a point apiece for two strong sides.

See the whole match in iFollow along with interviews with all the key men.