United will be without Curtis Nelson and Robbie Hall after the pair were ruled out with long term injuries. Nelson will miss the rest of the season after rupturing his Achilles while Hall will be out of action for three months with a knee problem. John Mousinho, who captained Burton to the Champiosnhip, takes over the captain's armband from Nelson while Aaron Martin is likely to start alongside him.

Mike Williamson, another potential replacement for Nelson, is expected to resume training next week after injury with Charlie Raglan close to full training again after missing the whole of the season so far. Sam Long is making good progress while Gino van Kessel is expected to train next week and Agon Mehmeti is also close to a return.

Christian Ribeiro misses out with a knee problem so Dwight Tiendalli and Canice Carroll compete for the right back role while Malachi Napa may be involved after being recalled from his loan at Hampton and Richmond to provide cover for Hall. 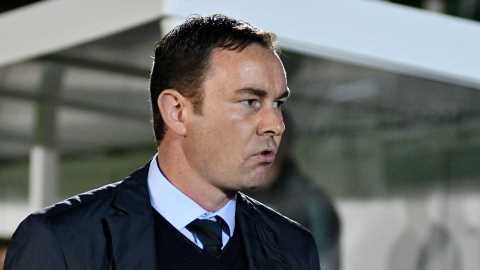 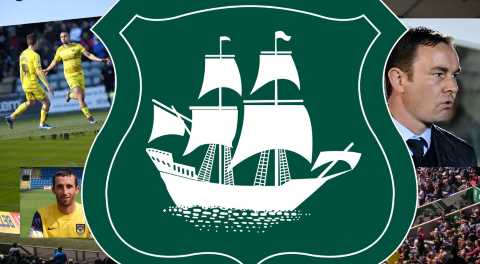 We have initially been allocated 830 tickets for this game, in the Barn Park Stand.

Advance tickets are now only available in person and by phone (01865 337533), until  3pm on Friday.Please note that all prices increase by £2 on the day of the match. The family ticket increases by £2 on each ticket.

Under 14s must be accompanied by an adult
No alcohol is permitted on the LRC coaches.

Oxford United got back to winning ways with an emphatic victory at Home Park this afternoon. Goals from Ryan Ledson, Wes Thomas, James Henry and Jon Obika earned Pep Clotet's men all three points and closed the gap on the play-off places against a Plymouth side reduced to ten men for 75 minutes.

You would never have known that United were without key men after injuries ruled out Rob Hall and skipper Curtis Nelson. Asked to step up, United did just that and could have been ahead even before their 15th-minute opener. Joe Rothwell had the game’s first effort with a low drive blocked after eight minutes after a typically clever pass from Jack Payne and then the hugely influential Josh Ruffels, arriving late into the box, forced a good save from home keeper Remi Matthews in the 10th minute.

On 15 minutes they were in front though and also facing ten men. Previously patient, captain Mousinho delivered the perfect ball over the top for Thomas, who got away from Ryan Edwards who brought him down just as he pulled the trigger to shoot. Ref Graham Horwood effectively doubled the punishment for Edwards by sending him off while pointing to the spot, from where Ledson stepped up to beat Matthews and make it 1-0.

Always comfortable in possession, United could now move the ball around and try to break down two banks of four defenders for the home side, although Argyle raised their game and Jake Jervis should perhaps have done better with a 24th-minute header as they broke out to try to find an equaliser. That almost came after 28 minutes from the always dangerous Graham Carey, whose dipping free kick beat Eastwood but came back off the base of the right-hand post: the home side's best moment of the match.

United were comfortable without totally controlling matters in the first half but took over the game after the break. In truth, both sides could have scored the next goal in the first five minutes of the second half, Jervis steering wide with just Eastwood to beat after 48 minutes and Thomas clipping the outside of the post from similar range on 50 for the Yellows.

The striker made amends though on 52 with a poacher's goal for his seventh of the season, a goal that just about made the points safe. Rothwell made it with a neat bit of skill after a Payne flick had created the initial space. Rothwell's shot was pushed out by Matthews but Thomas was on hand to screw the ball home from the tightest of angles in front of the superb away fans, both parties saluting the other's work.

United were in complete control now, keeping the ball well and making the extra man count. One passage of play after fifty six minutes saw them complete an elaborate pattern of passes that was mesmerising to watch and had the home fans groaning as their side chased shadows.

Rather than accept their fate, Argyle threw men forward but that left gaps and time and time again the U's got in behind, using the width well and stretching the game. James Henry lifted an effort against the bar after an hour, the elusive Payne had a shot blocked for a corner a minute later and it was just a matter of time before the next goal came along.

When it did, after 68 minutes, it was a beauty. Tiendalli joiined the attack and held the ball well before flicking Henry in on the keeper. He delayed until Matthews committed himself and then cheekily fired the ball between the keeper's legs for an impudent finish to wrap the game up.

After 77 minutes it was 4-0  and happy days all round. Ricardinho did the leg work this time, surging forward to the line and cutting the ball back and sub Obika capped off a great day for the U's with a neat flick at the near post to make it 4-0. Game over.

Obika planted another good chance wide with ten minutes to go but it was largely irrelevant by then. United, when they play like this, are irresistible. Now it is a case of doing it on a more consistent basis, starting against Blackburn at home on Tuesday night.

Ticket details for our game at Plymouth on Saturday are as follows.

Advance tickets are now only available in person and by phone (01865 337533), until Friday 17th November at 3pm.Please note that all prices increase by £2 on the day of the match. The family ticket increases by £2 on each ticket.

Under 14s must be accompanied by an adult
No alcohol is permitted on the LRC coaches.