Oxford United start a new era when they face Peterborough United on Saturday. It's Chairman Sumrith “Tiger” Thanakarnjanasuth's first home game in charge of the U's, who will be looking to repeat their excellent performance at London Road earlier in the season.

United look to get back to winning ways after defeat at AFC Wimbledon last Saturday. Former Liverpool midfielder Cameron Brannagan impressed on his debut in that game and stands by for his first game at the Kassam Stadium while Isaac Buckley-Ricketts is available before joining up with the England under 20 side and Gino van Kessel will fly out to join up with Curacao after the game.

See Derek Fazackerley and Ricardinho previewing the game, all in iFollow right now. 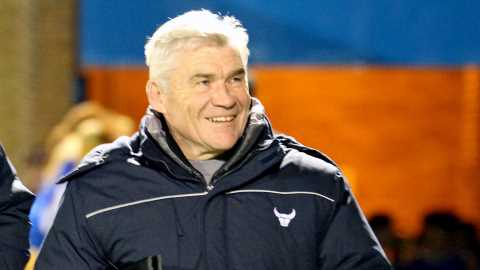 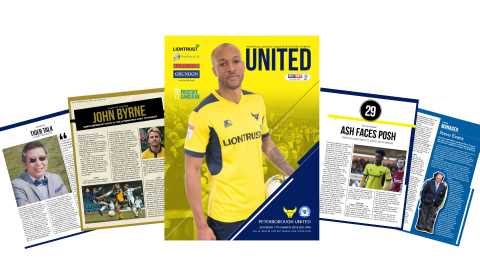 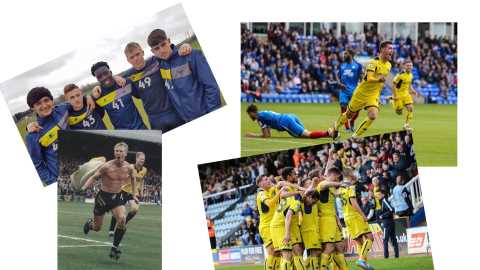 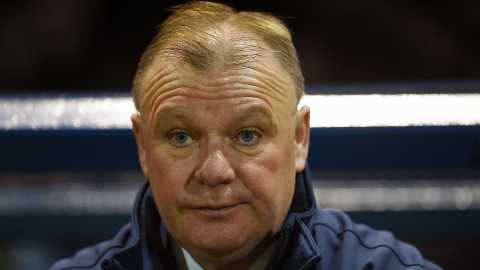 The award winning matchday programme features the thoughts of Tiger on his first home game as Chairman, Derek Fazackerley and Curtis Nelson plus a great interview with Ashley Smith-Brown. We also go On the Road to Rotherham and we have news and views from all areas of the club. Remember, you can always read the programme on your phone, tablet or laptop. Each issue is available at matchdayfix.com/oufc/

We are delighted to have a true Manor legend back with us tomorrow when John Byrne joins us. One of the most skillful players ever to play for the U's, make John welcome as he comes home to the U's.

The club shop has a training kit sale now on. Call in before or after the game or visit oufcshop.co.uk

Oxford United got back to winning ways with an important 2-1 win over Peterborough United this afternoon. An early goal from Rob Dickie and a fine strike from James Henry gave the U's a double over the Posh despite top scorer Jack Marriott's customary goal for the visitors.

What United needed was an early goal and after five minutes it came from the knee of Dickie. Having forced the early pace the U’s won a corner when skipper John Mousinho brought the ball down and saw a cross pushed wide by a defender. James Henry, influential in everything, took it and when the ball bobbled across the six yard box it was the young central defender in the right place at the right time to force the ball over the line for his first goal for the U’s.

There was a change of shape as United opted for a midfield diamond with Cameron Brannagan at the base, Ryan Ledson and Alex Mowatt in the middle and Henry the furthest forward, linking up play with strikers Jon Obika and Wes Thomas and smashing a sixth minute effort against the left hand post as United dominated the early exchanges.

Mousino had to make two important blocks when the Posh picked up the pace and there were penalty appeals when Michael Doughty hit the deck after 20 minutes and a number of dangerous set pieces from Marcus Maddison as Steve Evans’ in-form side grew into the game. United dug in when needed as the snow drifted around the Kassam Stadium and might have doubled their lead right at the end of the half when Obika stumbled at the vital moment just as Thomas picked him out with a low cross. Still, 1-0 up and playing well.You can’t moan, can you? (Other than about the cold. VERY cold indeed)

The second half was patchy to start with, United replacing Jon Obika with Gino van Kessel at the break and Peterborough subbing Joe Ward for Chris Forrester and then Forrester for Danny Lloyd  when the sub was caught by Brannagan and left with what looked a nasty looking cut to his knee. There was nothing intentional in that challenge but there was an intensity about United's tackling all afternoon, Ledson setting the tone as ever and Todd Kane matching him for ferocity.

That paid off just after the hour when United doubled their lead. Ledson was key to the move, moving the ball into the right channel for Henry who touched it forward and then let fly from the edge of the box. Keeper Jonathan Bond  was beaten in the flight as the ball swerved past him to make it 2-0.

The U's needed to hold on to that lead for longer but instead inside two minutes they were back to a slender goal advantage when a short corner routine allowed a cross into the six yard box where top scorer Marriott had an easy task to score the simplest of his 29 goals so far this season.

It set up a terrific last 20 minutes with tackles flying in and both teams pushing men forward- United should have made more of a 3 on 1 break before Marriott pinged a shot about three inches wide of the left hand post after 75 minutes of an enthralling game.

Marriott tried his luck with a volley that didn't miss by much after 77 minutes and the Posh pushed men forward inthe closing stages but the United backline were in no mood to be breached again and so picked up their first double of the season.

A second yellow in injury time for skipper Jack Baldwin compounded a bad afternoon for the visitors .

A much needed win, whoever was in charge but if this was Derek Fazackerley's last game as boss then it was a victory crafted in his image: honest, hard working and professional.

We move on to Portsmouth. See you there.